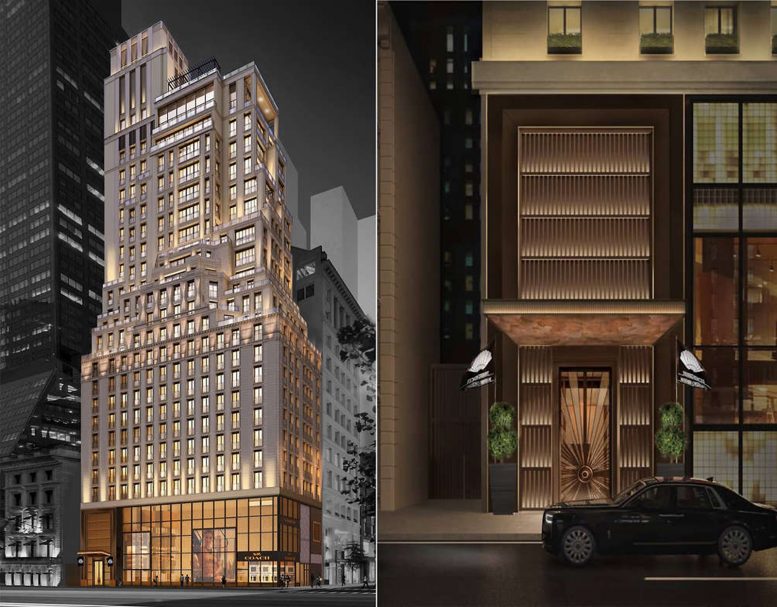 Scaffolding and black netting shrouds nearly all of 685 Fifth Avenue in preparation for a 100,000-square-foot office-to-condominium conversion. The project will also add ten floors atop the existing 20-story structure, which sits at the corner of Fifth Avenue and 53rd Street. Developed by Michael Shvo’s SHVO in partnership with BLG Holdings and Deutsche Financial, the finished building will stand 350 feet tall and contain 69 condominiums managed by Mandarin Oriental Hotel Group. Marin is the architect of record and designer for the $135 million project with March & White handling the interior designs. Brookfield Properties is in charge of marketing the Fifth Avenue retail space, which is still home to the Coach, Stuart Weitzman, and Tag Heuer flagship stores.

The entire façade on the western profile and the majority of the northern elevation above the third floor are now covered in scaffolding and netting. Photos from September show what 685 Fifth Avenue looked like previously. 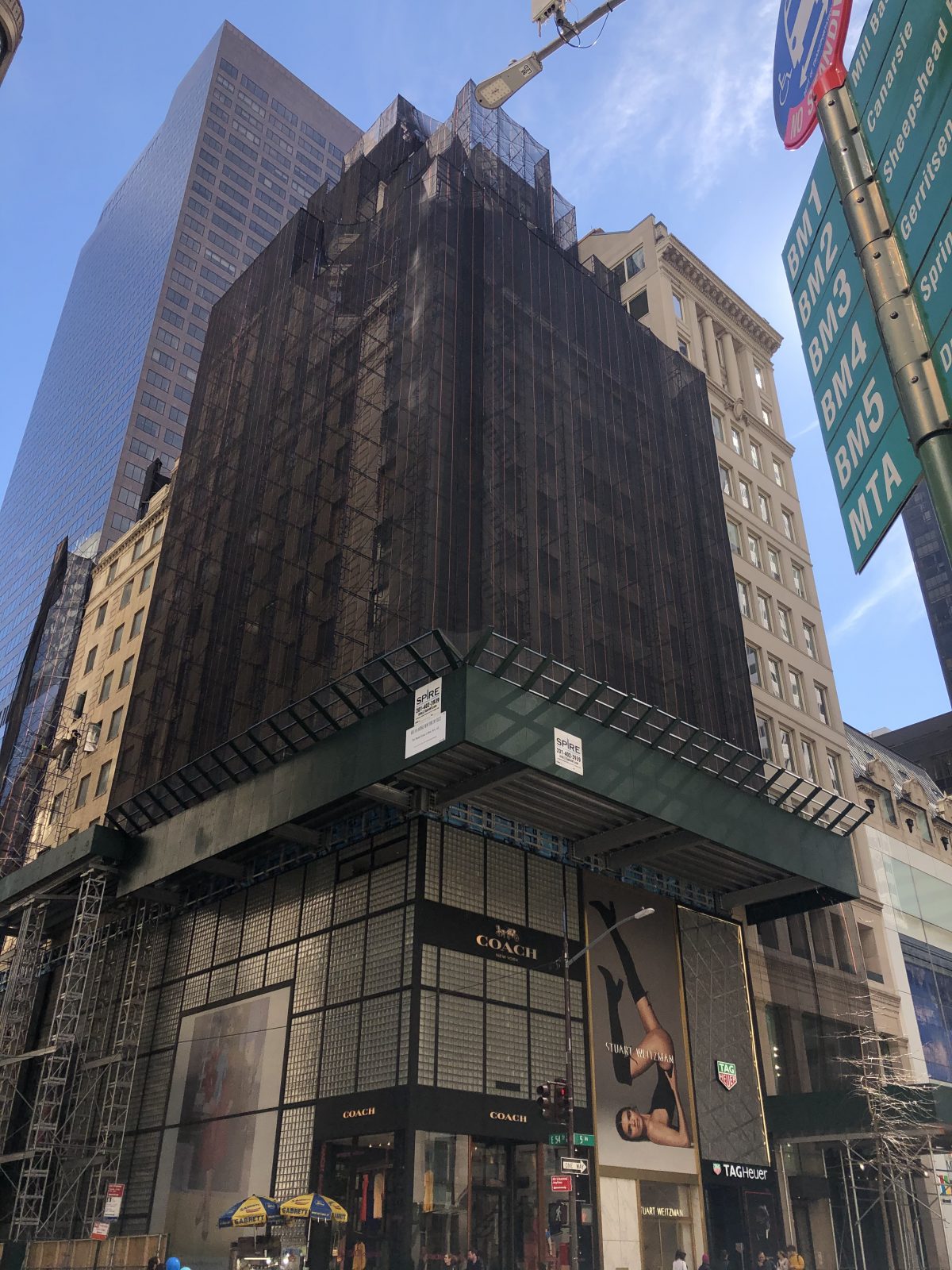 Looking up, photo by Michael Young 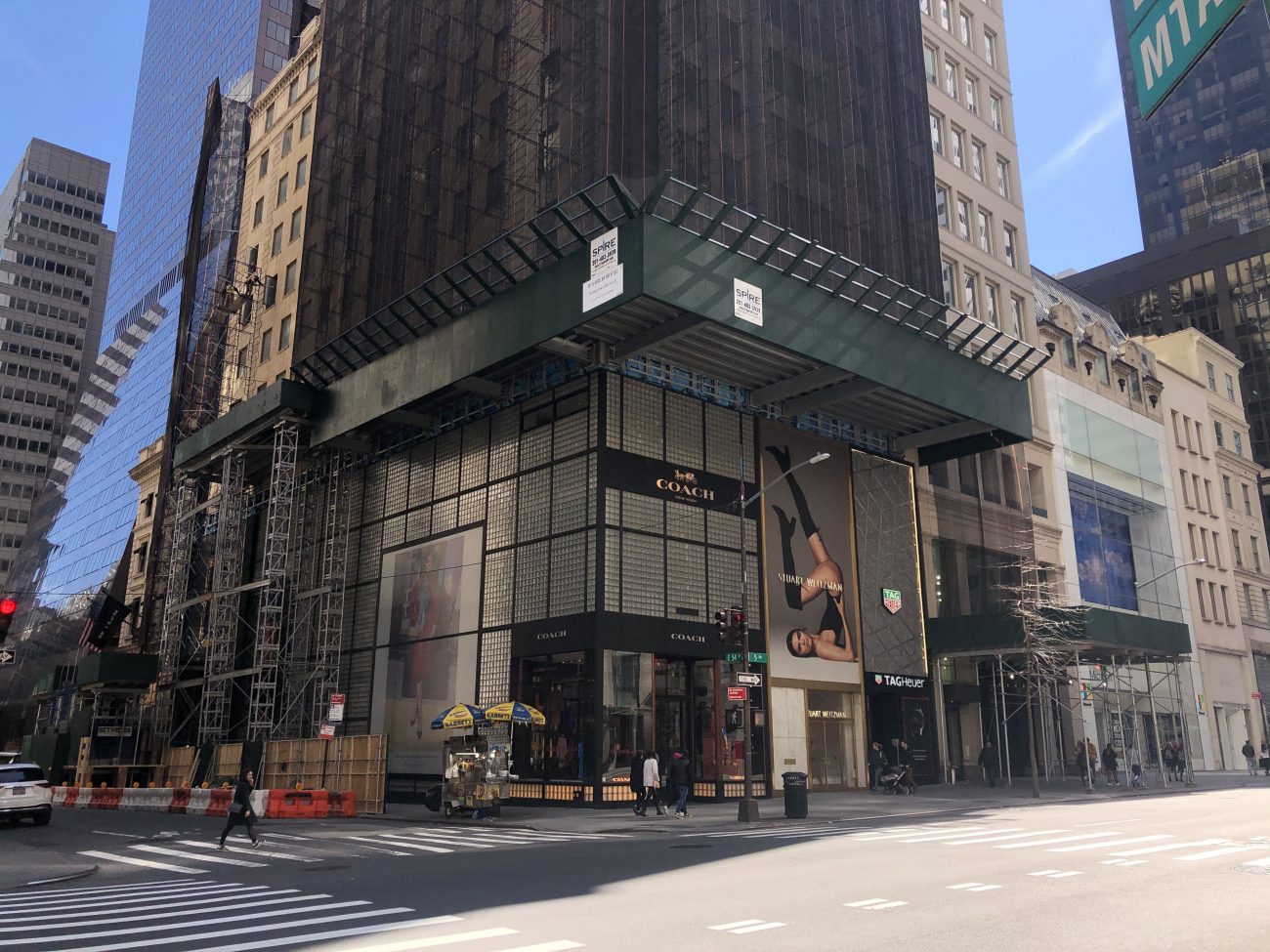 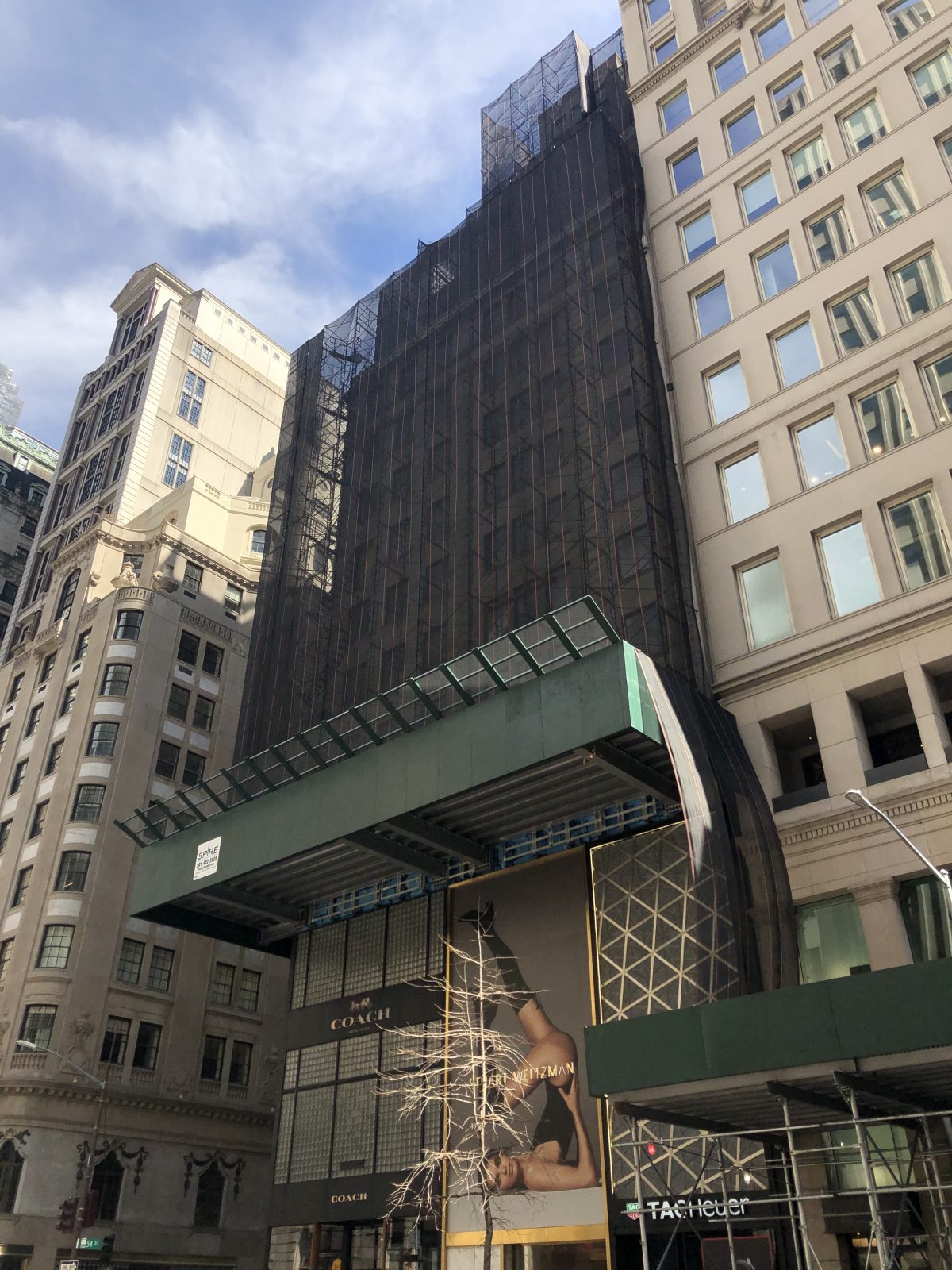 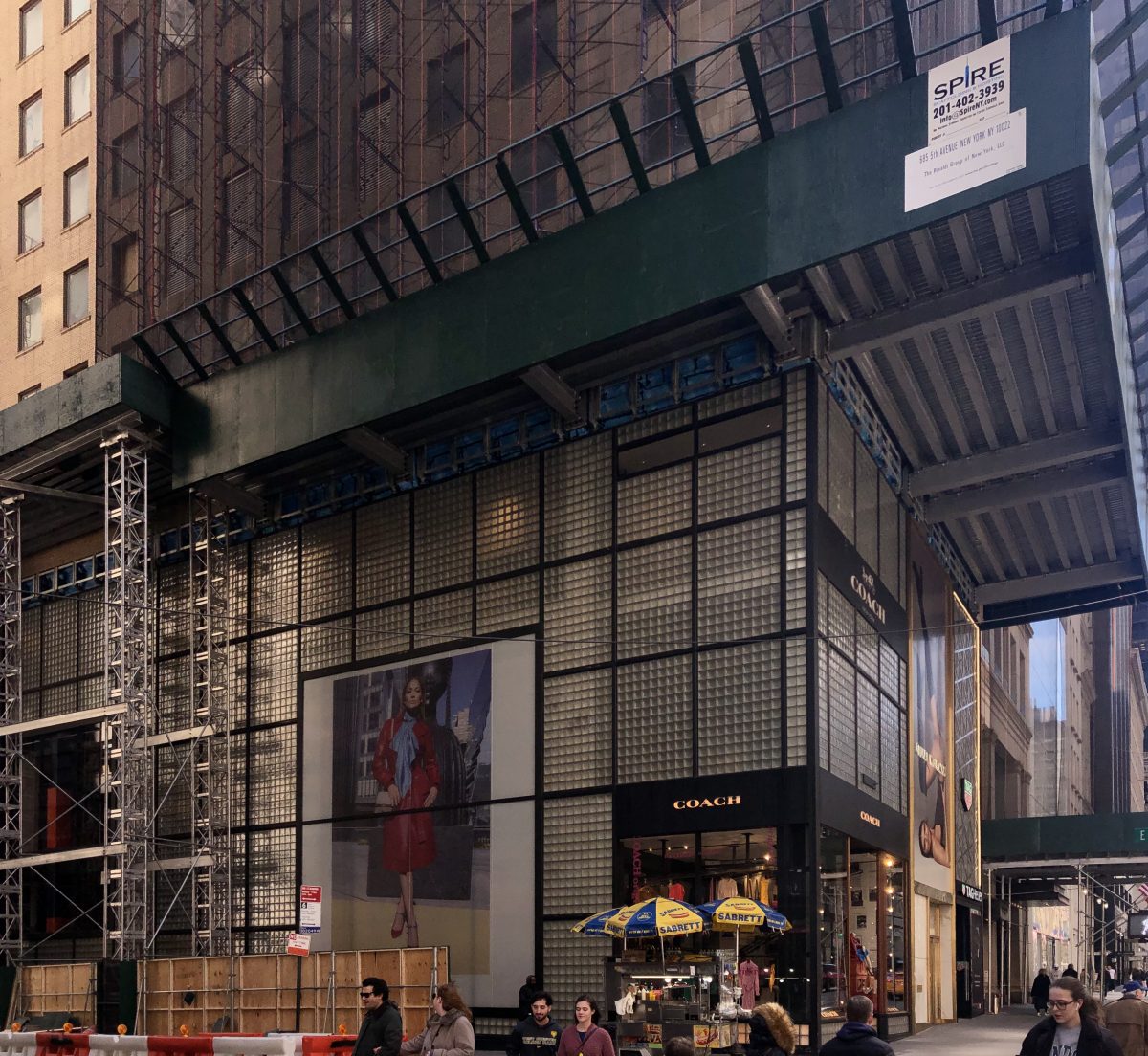 The renderings show the addition as an architectural continuation of the existing building. The broad northern elevation will feature multiple setbacks and the edifice will be capped with a detailed crown of varying heights with sculpted corners. The nighttime depiction reveals numerous spotlights illuminating the exterior. The black metal and opaque glass curtain wall for the Coach store will remain untouched, as will the rest of the current retail frontage.

The new condominium portion will contain four duplexes, a rooftop pool, and a lounge on the 25th floor. Units will begin from the sixth floor.

685 Fifth Avenue’s conversion and expansion is reported to be finished by sometime in 2021.