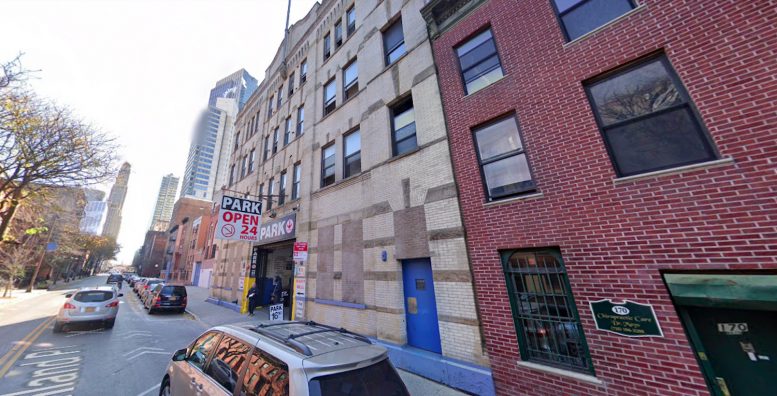 Permits have been filed for a 47-story mixed-use building at 98 DeKalb Avenue in Fort Greene, Brooklyn. Located across the street from The Brooklyn Hospital Center, the lot also fronts Ashland Place with the address 180 Ashland Place. Nearby is the DeKalb Avenue subway station, serviced by the B, Q, and R trains, as well as the Fulton Street station serviced by the G train.

Rockrose Development is listed as the owner behind the applications. It is the first Brooklyn project for the developer who only days ago purchased the site for $81 million in cash, according to The Real Deal.

The proposed 490-foot-tall development will yield 418,092 square feet, with 414,317 square feet designated for residential space and 3,775 square feet for commercial space. The building will have 609 residences, most likely rentals based on the average unit scope of 680 square feet. The concrete-based structure will also have a cellar and air rights over an adjacent property.

Robert Laudenschlager of SLCE Architects is listed as the architect of record.

Demolition permits have not been filed yet for the four-story garage on the site. An estimated completion date has not been announced.