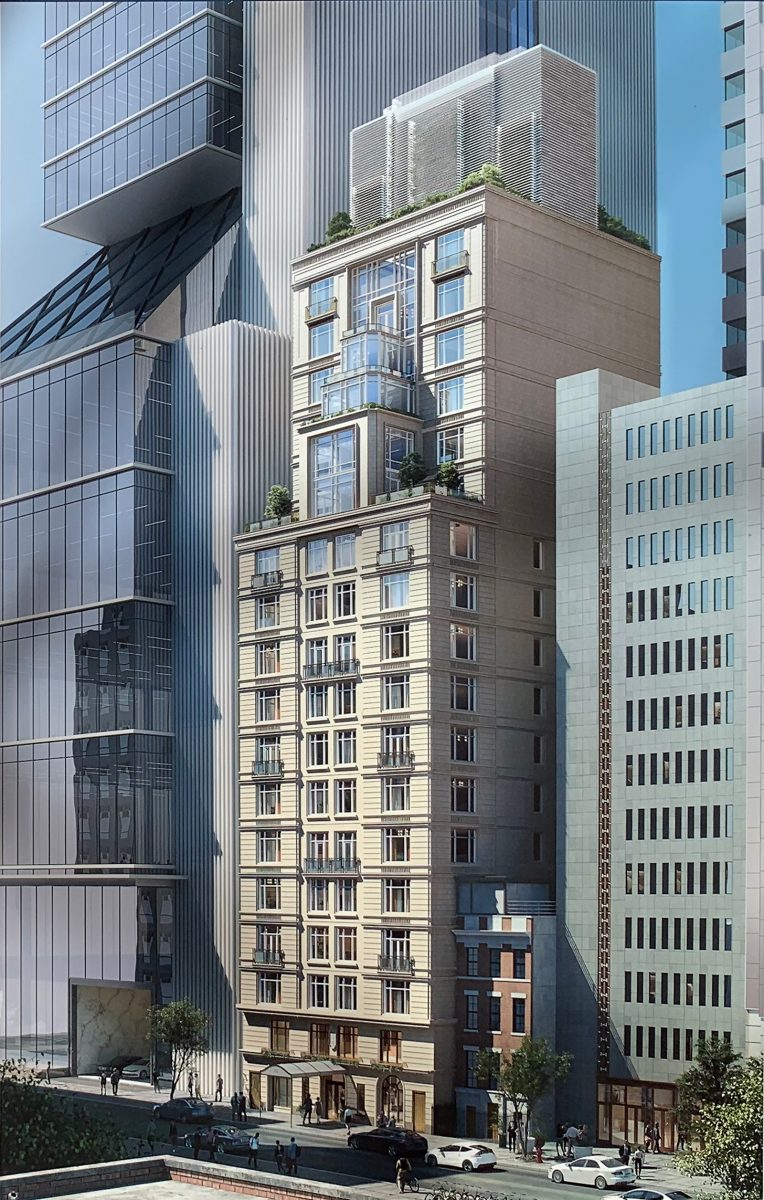 Recent photos from Tectonic show the degree to which excavation has progressed at the site. An excavator sits deep below street level, likely not far from what will be the base of the structure’s reinforced concrete foundations. 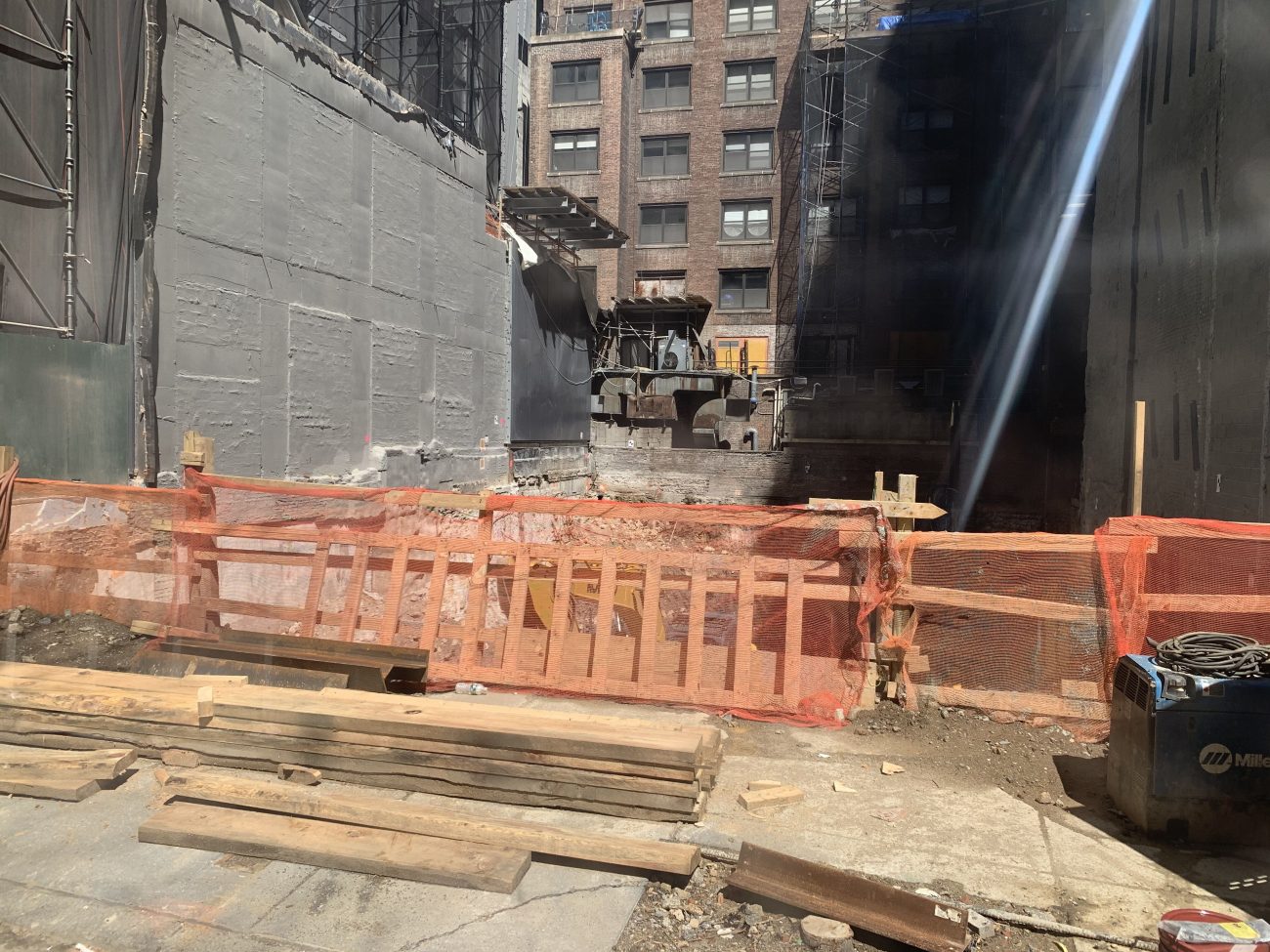 The new rendering, which was posted to the construction board, reveals a design that blends classic and modern stylings. Clad in a warm-colored stone façade, the lower portion of the massing features a more traditional grid of windows with ornamental divisions between floors. Above the setback on the 12th story, the upper section has a more contemporary feel with floor-to-ceiling windows and a stepped, glass-clad section protruding from the center. A grated metal envelope covers the mechanical units above the landscaped roof parapet.

The overall design reads as a 21st-century take on prewar New York architecture thanks to its detailed windows, thick cornices, dark metal railings on several Juliet balconies, and the traditional canopy over the main entrance along East 55th Street. The floor-to-ceiling glass panels on the last few floors are a likely indicator of penthouse units.

The development will span a total of 71,961 square feet, with 59,819 square feet designated for residential space divided among 62 homes. With an average scope of 964 square feet, the units will most likely condos. There will also be a cellar and a 30-foot-long rear yard. Permits were filed in mid-August 2019 and we could expect to see the majority of work on the superstructure happen next year.

115 East 55th Street is anticipated to be finished in March 2022, as noted on the construction fence.