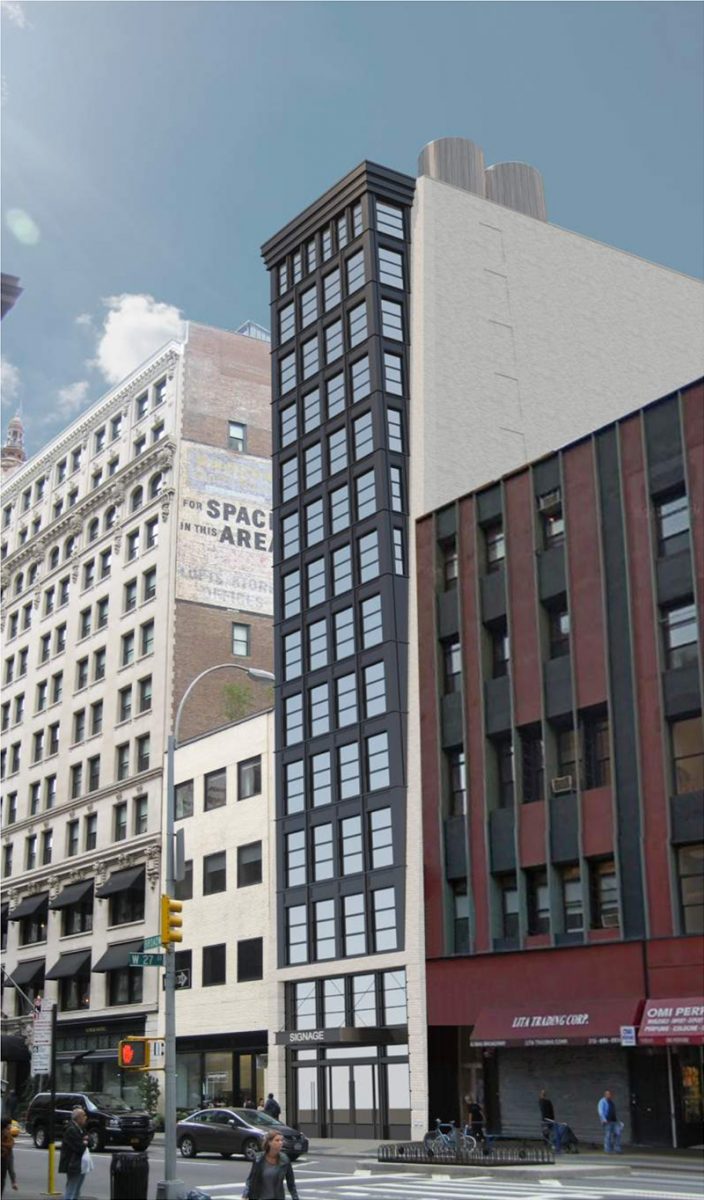 With the application review and public hearing process in full swing, the Landmarks Preservation Commission (LPC) is busy working through a backlog of proposed projects. One of the more interesting proposals includes a new commercial building designed by Morris Adjmi Architects at 1162 Broadway in the Madison Square North Historic District. The LPC reviewed the proposals on Tuesday, May 12.

In December 2013, the LPC approved original plans for the hotel building that specified the construction a 14-story structure with 52 guest rooms, a ground-floor cafe, and a restaurant. The property was reportedly under the ownership of Aini Assets, which also demolished the two-story retail property that once occupied the site. 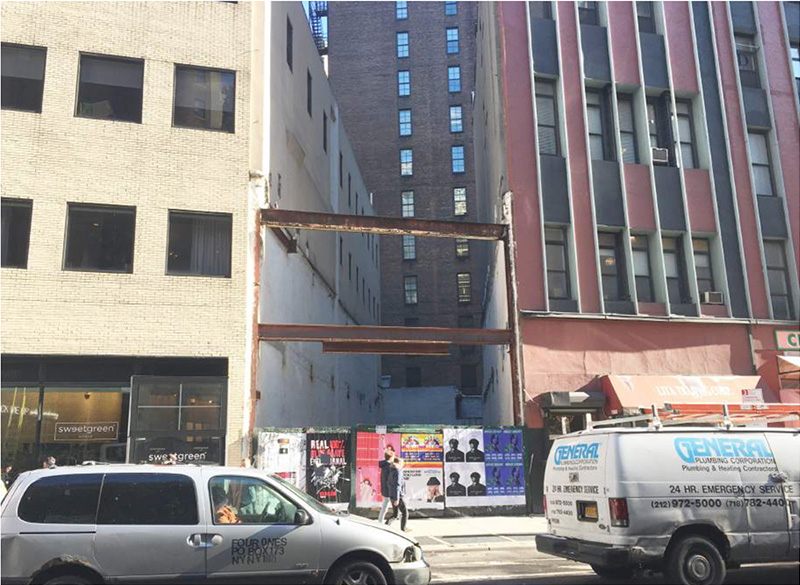 Today, plans drafted by Morris Adjmi Architects reveal that the property will no longer serve as a hotel, but as a Class A office building. The proposals also reveal a number of aesthetic changes to the previously reviewed plans.

The overall height of the building has been reduced from 14 to 13 stories and the proposed window system has been adjusted to accommodate the revised ceiling spans. The massing of the building also appears more flush with neighboring structures at both the northern and southern elevations.

A rear terrace positioned above a lower-level setback has also been reduced from 30 to 17 feet wide. At the roof, elevator and machine room mechanicals have been relocated to the north side of the building and water towers have been vaulted in an effort to reduce visibility from the street level.

The façade now incorporates dark gray mullions that will match the proposed storefront and awning structures. 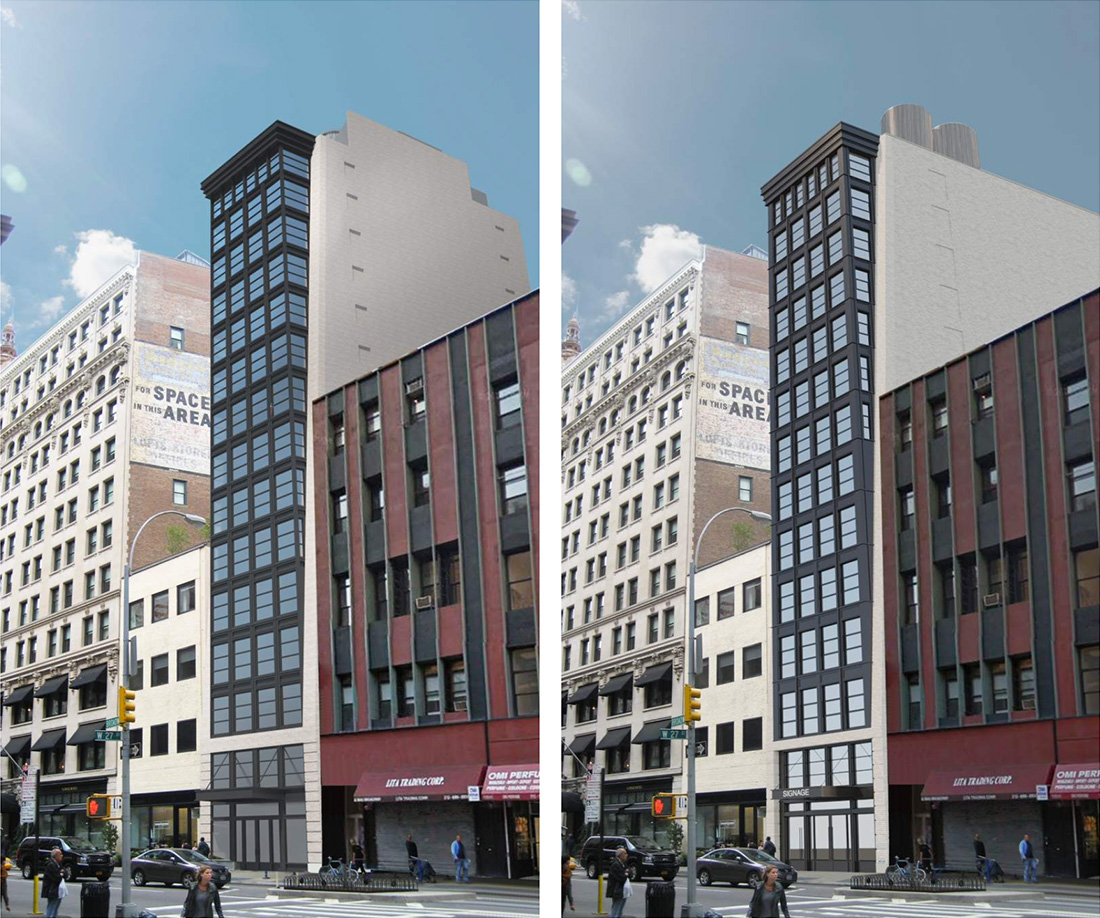 Despite the change from hotel to office use, the ground-floor restaurant, cafe, and sub-cellar laundry and staff quarters will be preserved. 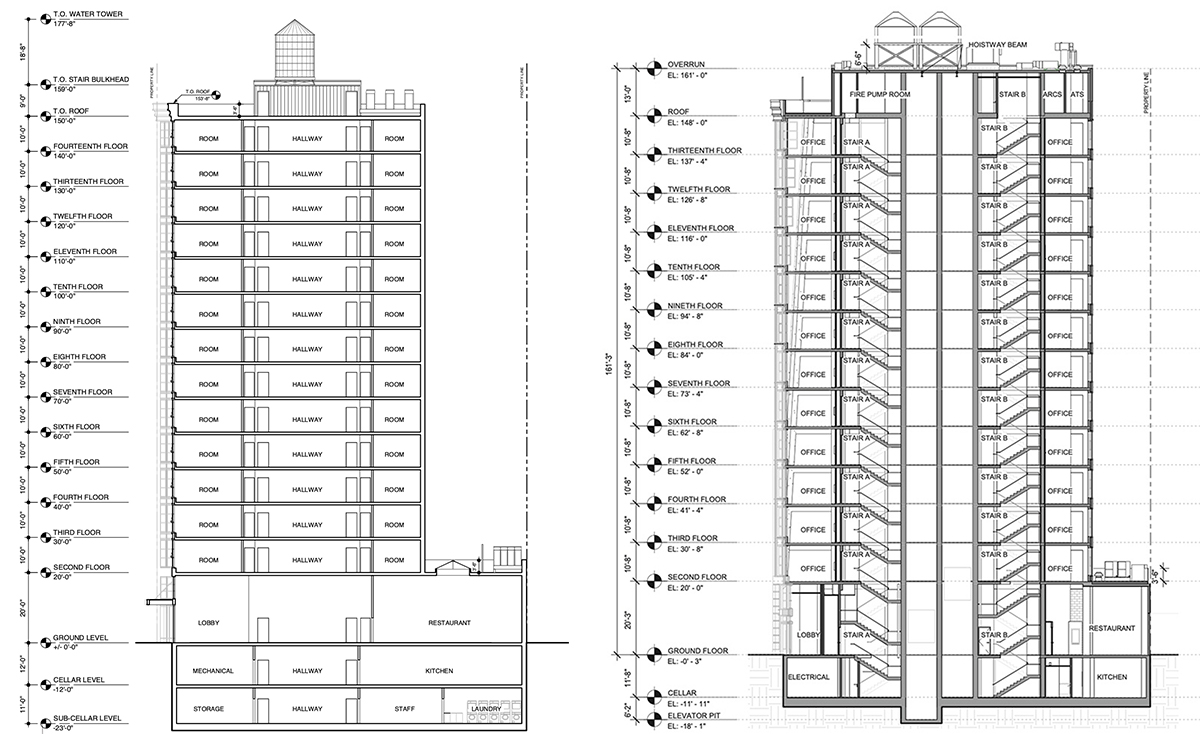