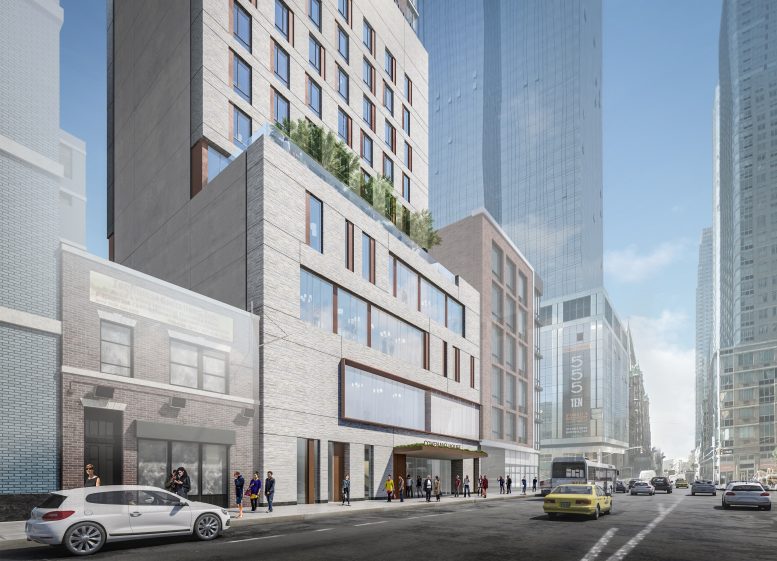 Not much could be seen through the construction fence and barriers at the site, but several crew members were observed working throughout the property. 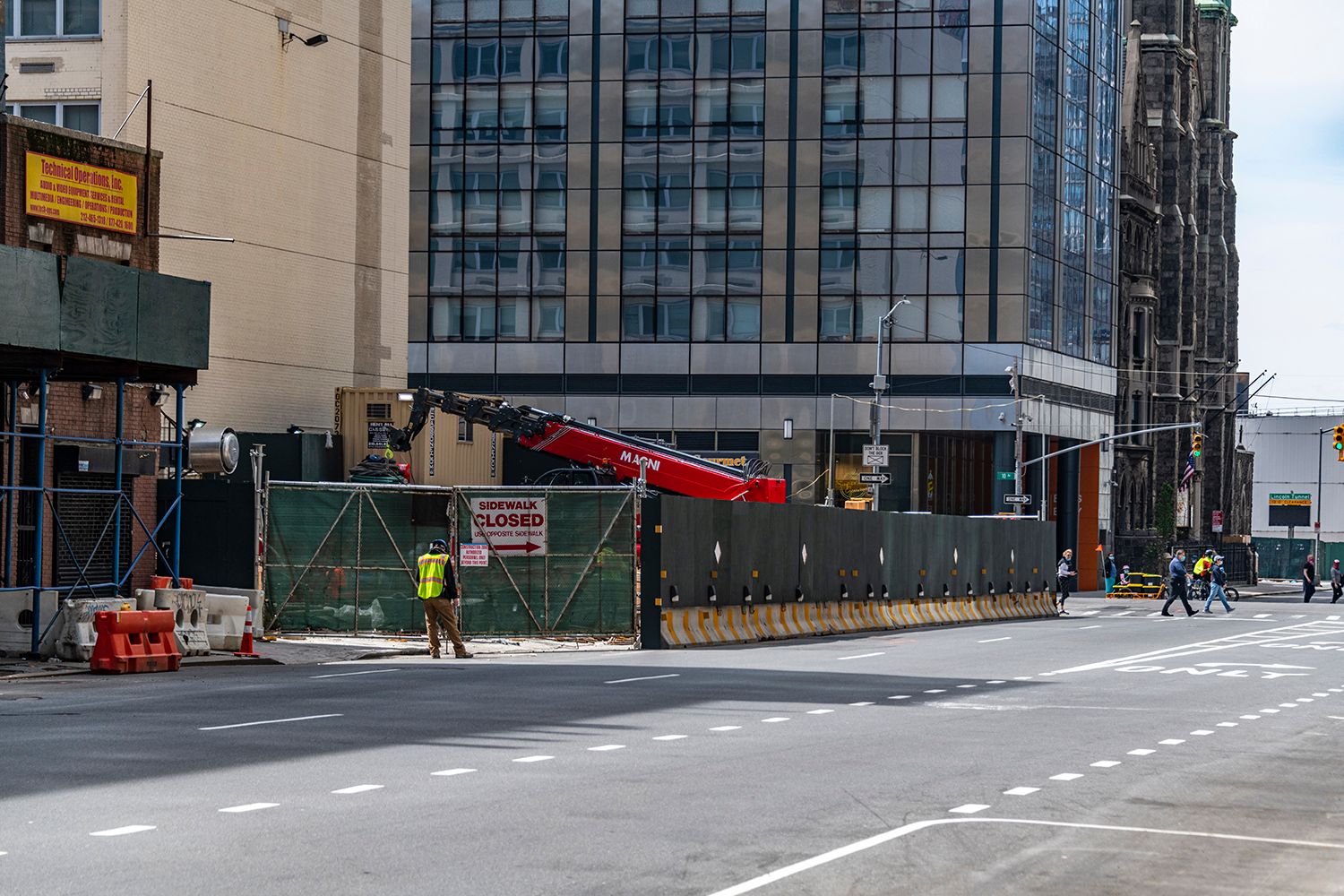 The main rendering of the through-block property shows the northern elevation on West 41st Street, where the bulk of the superstructure will rise. The curtain wall is composed of warm-colored brick masonry with a grid of small square windows above the setback that will make way for an outdoor landscaped terrace. Floors two through five include three long rectangular windows that are irregularly staggered on top of one another and look to be punctured with a black metal framing. Several smaller narrow windows fill in the rest of the lower fenestration. 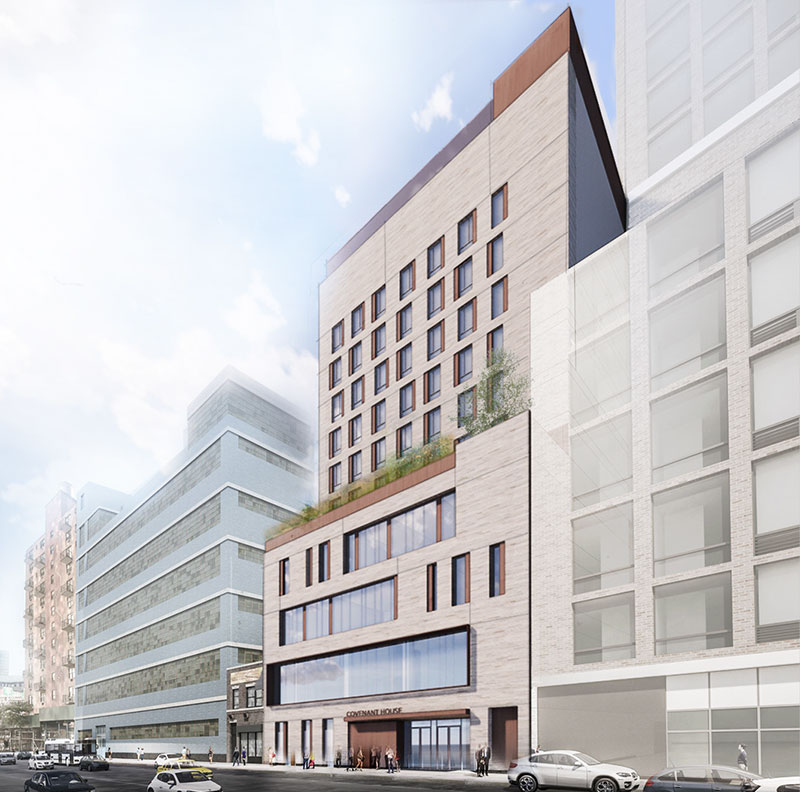 The image below shows the entryway to the property along West 40th Street with a very deep and pocketed frontage. A trio of large rectangular windows are found above the setback before continuing with a more orderly grid of windows. 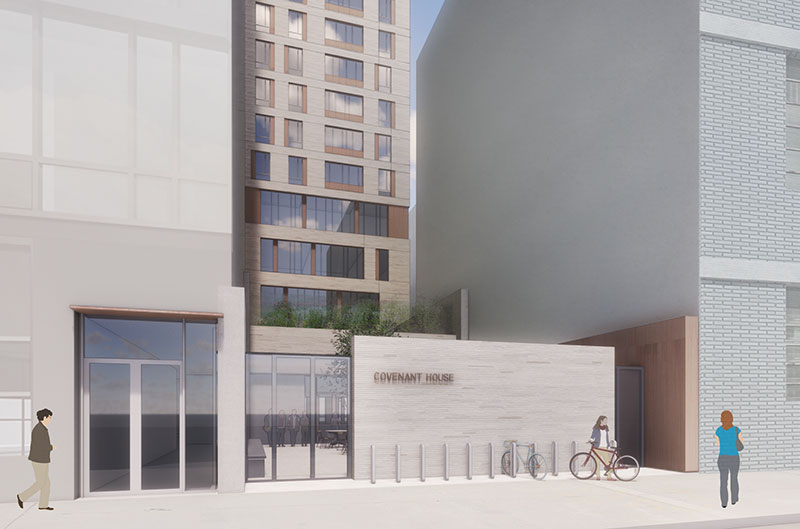 460 West 41st Street is located across from the bus ramps of the Port Authority Bus Terminal and is situated between Times Square and Hell’s Kitchen. The lanes leading in and out of the Lincoln Tunnel are also nearby. The groundbreaking ceremony occurred last September.

A completion date for 460 West 41st Street has not been announced, but we could expect most of the construction to be finished sometime in the latter half of 2021.