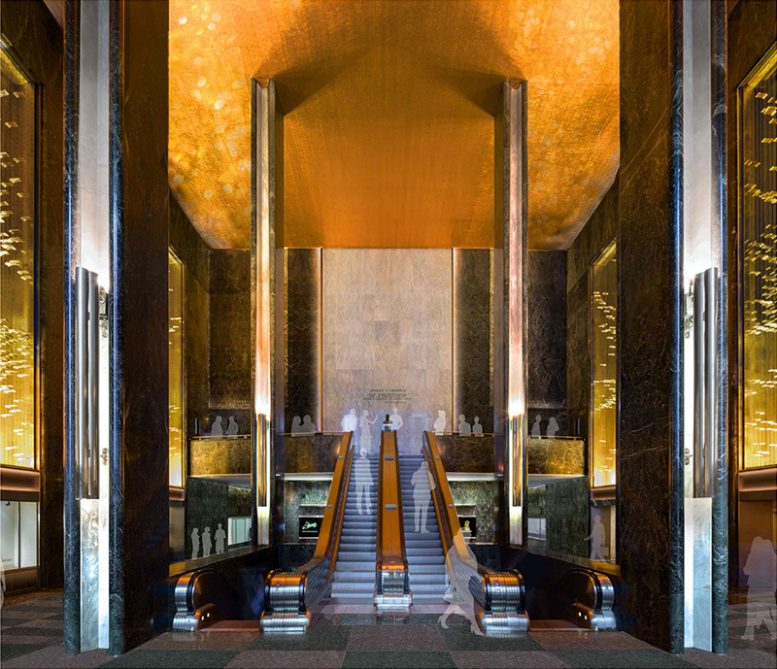 The next phase of renovations at Manhattan’s historic Rockefeller Plaza will be reviewed by the Landmarks Preservation Commission in a public hearing on Tuesday, June 30. Tishman Speyer, current owner of the complex, has proposed a multitude of alterations as part of a masterplan conceived by Gabellini Sheppard Associates. This newly revealed component is specifically focused on the east lobby and mezzanine at 45 Rockefeller Plaza, also known as the International Building and 630 Fifth Avenue.

Beginning with the east lobby, the architects have proposed recessed lighting systems and fixtures throughout, a new artistic background wall, seating areas behind the reception space, newly illuminated display windows with updated mirror paneling, and refinished terrazzo including the thorough removal of wax buildup. 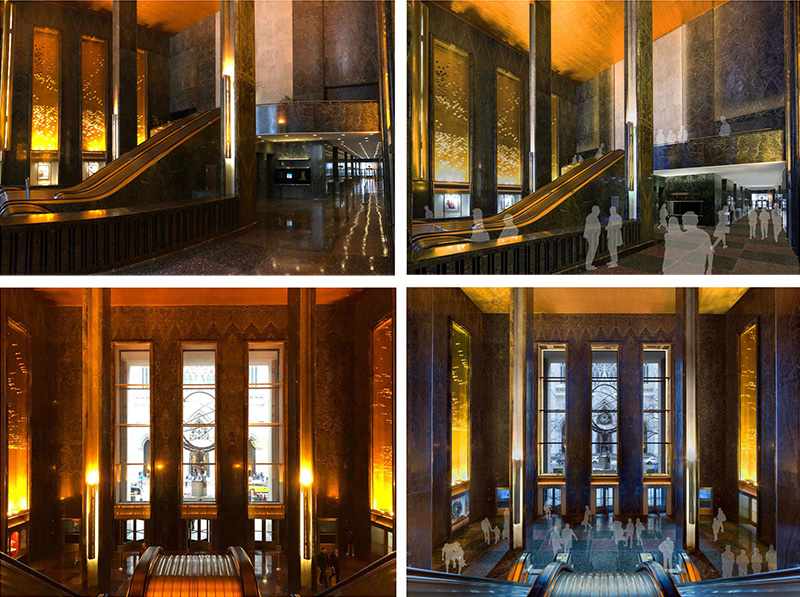 For the raised mezzanine, the architects have proposed the installation of horizontal lighting and soffit fascia as well as similarly recessed lighting systems and fixtures compared to plans for the lower lobby. The architects have also proposed new lighting and curved brass niches below the existing Michio Ihara sculpture, which is sometimes referred to as Light and Movement, though not officially titled by the artist.

At this phase of project planning, the team has not revealed an anticipated launch of construction within 45 Rockefeller Plaza. 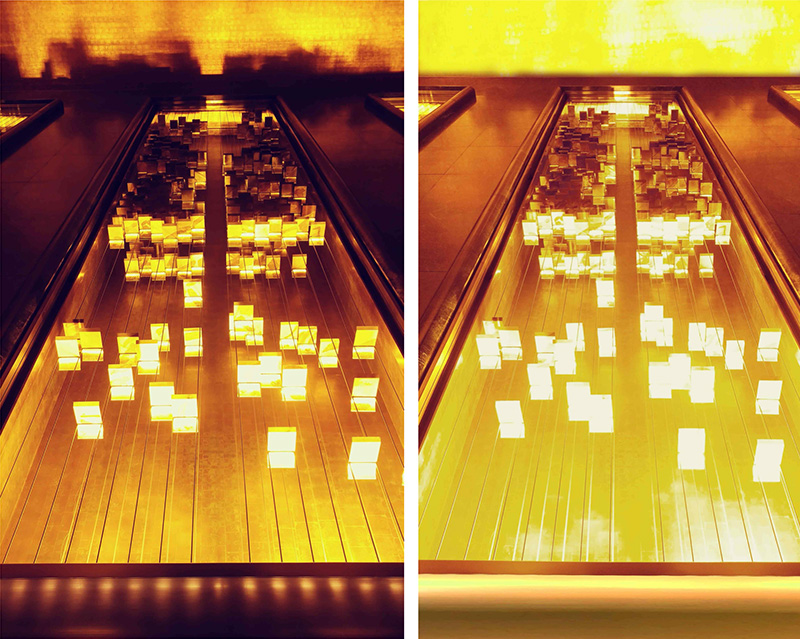 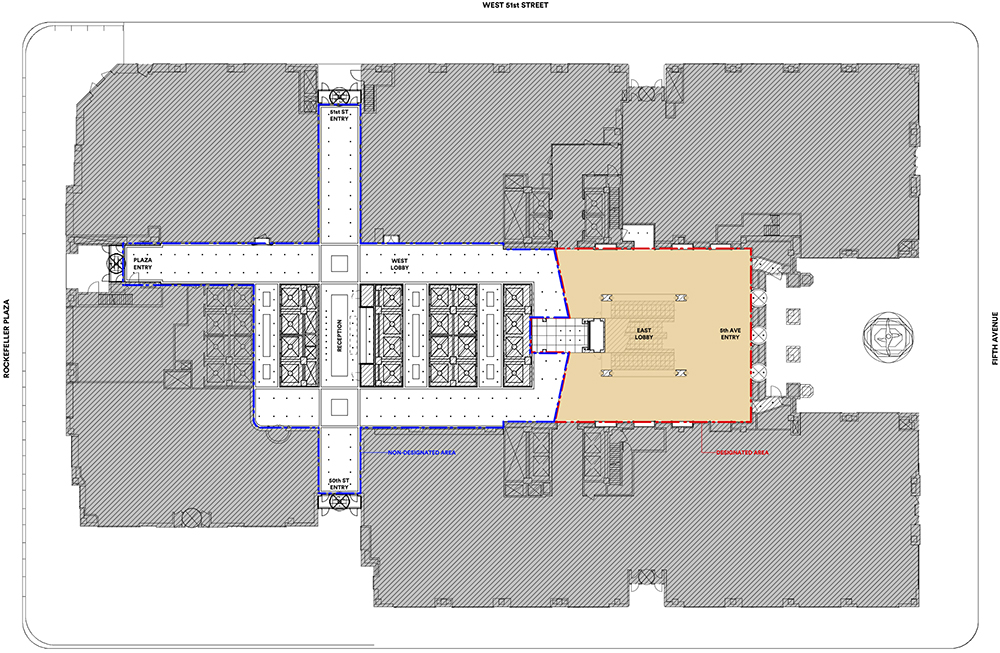 2 Comments on "Gabellini Sheppard Associates Reveals Next Phase of Renovations At 45 Rockefeller Plaza In Midtown, Manhattan"