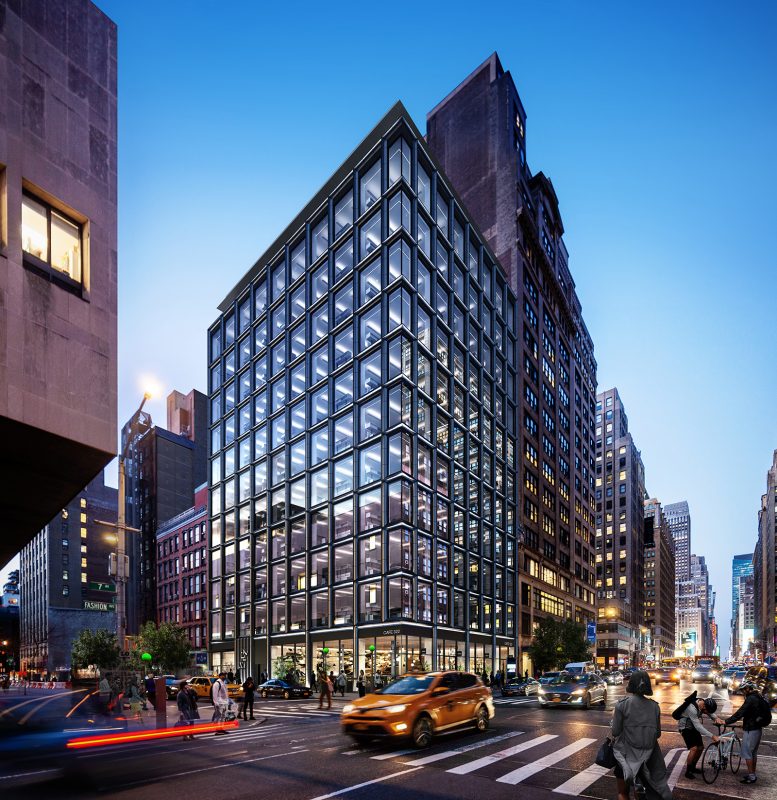 Recent photos show the edifice standing six stories high. Wooden formwork and scaffolding line the edges of the new floor plates and columns as construction rises. So far, no work has begun on the glazed black terracotta and glass curtain wall. The superstructure could top out and the exterior panels may also arrive before the end of the year, given the relatively compact and straightforward massing, especially compared to SOM’s other mammoth projects across the city. 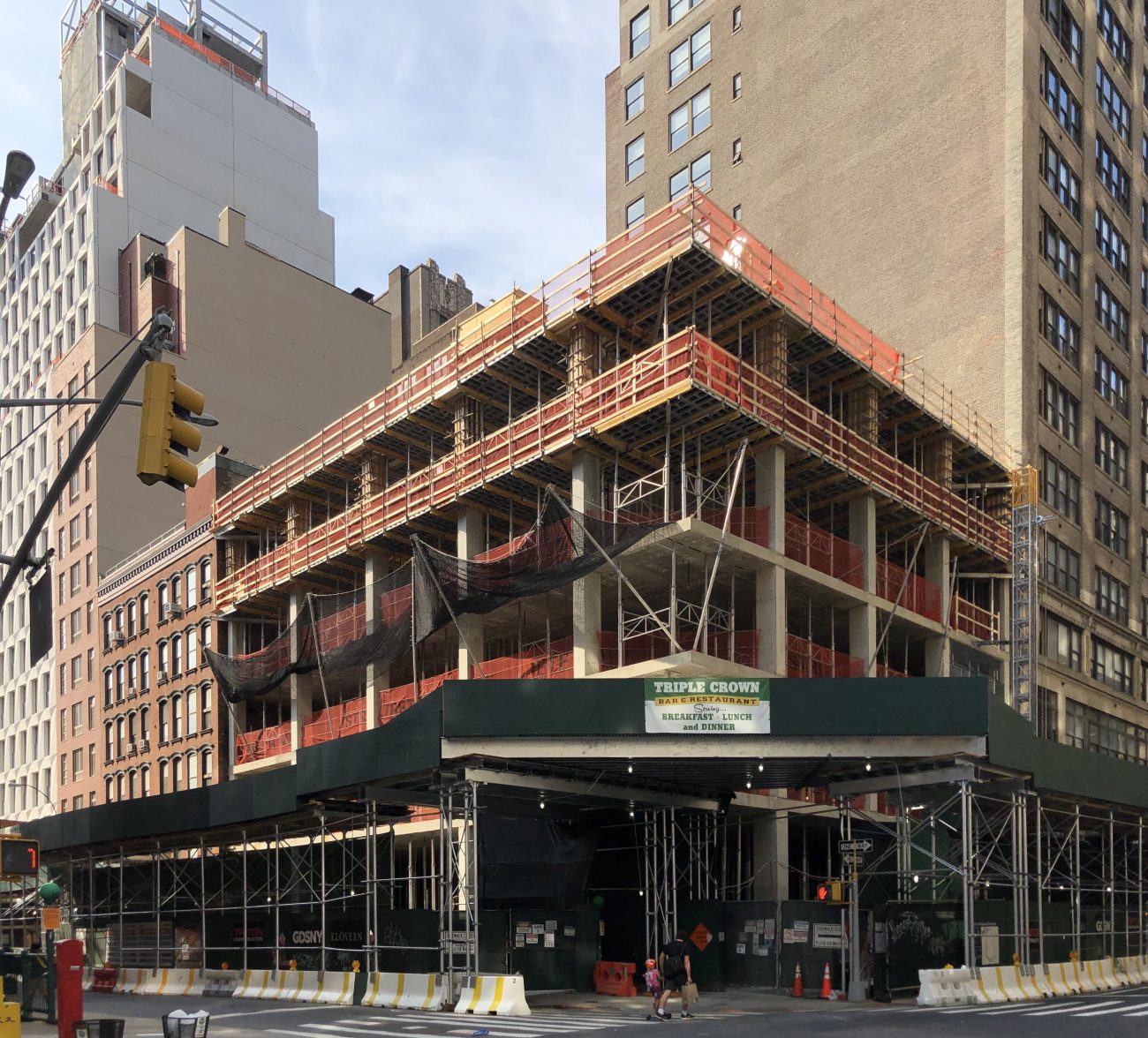 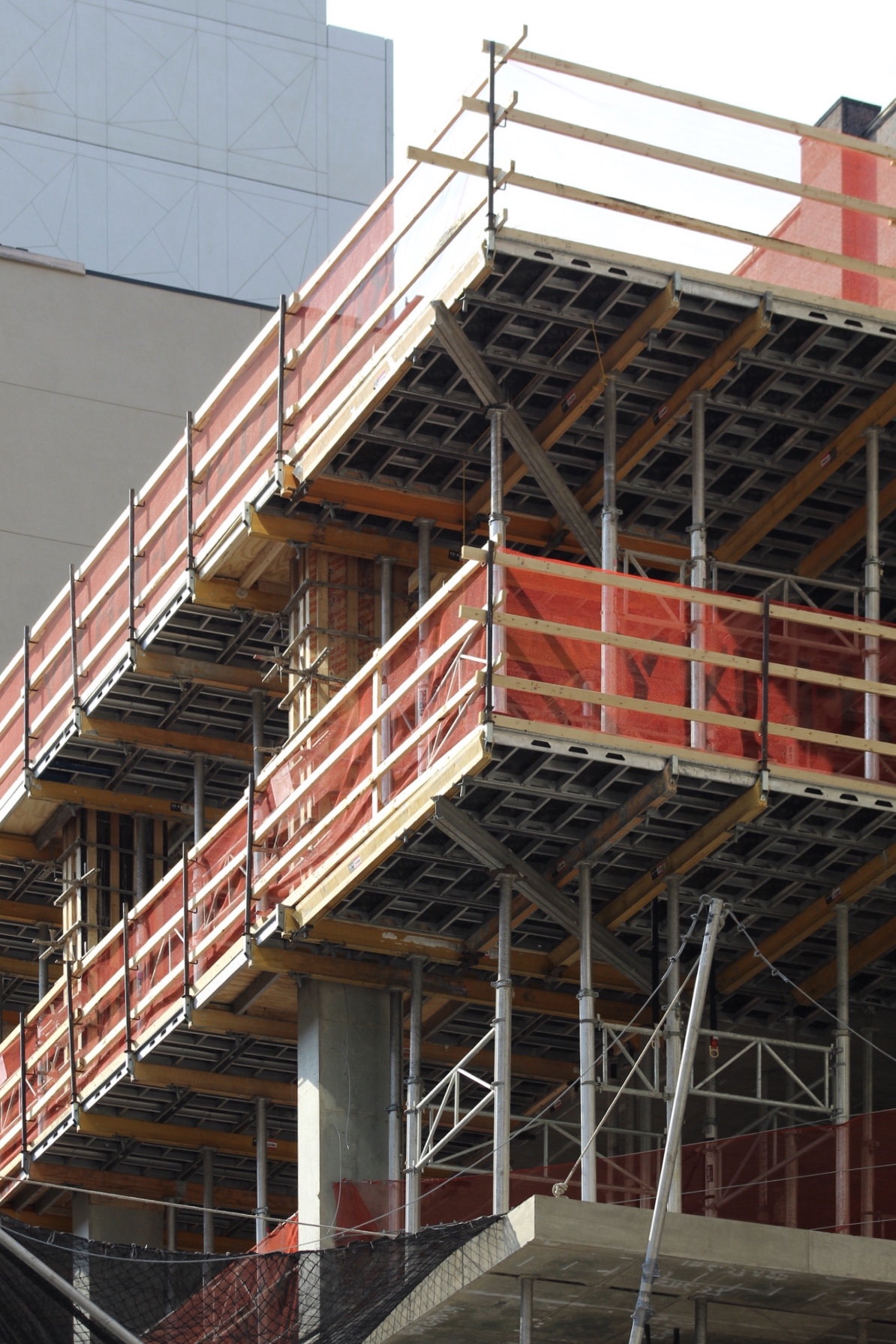 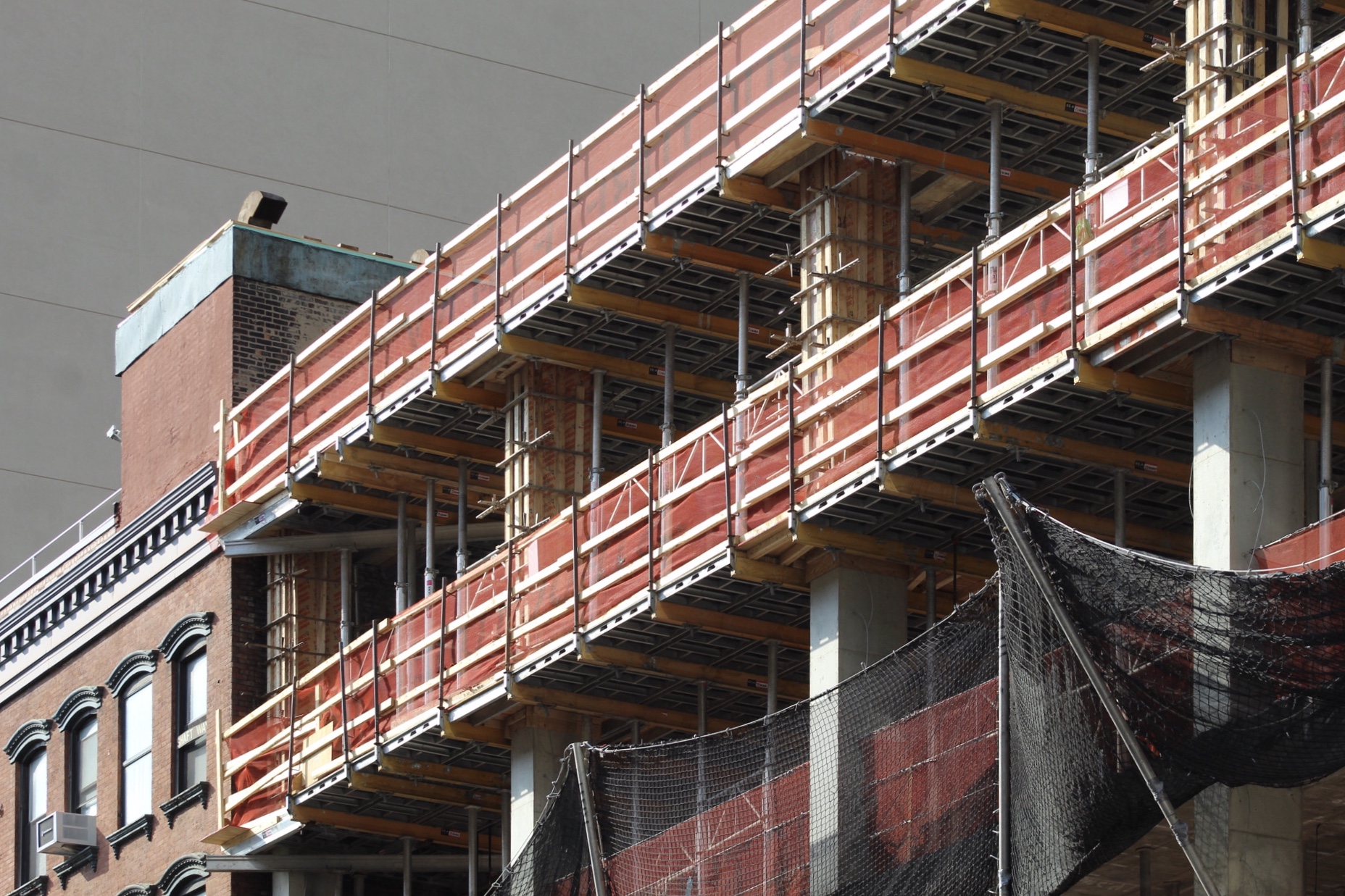 28 & 7 will contain 105,000 square feet of leasable column-free office space with spans of up to 40 feet from the core to the perimeter. The 12th floor will feature a penthouse with a panoramic garden terrace. Office amenities include ground-floor bicycle storage, executive-style bathrooms on all floors, showers, and a changing room. Skidmore Owings & Merrill and the developers are aiming for LEED certification. 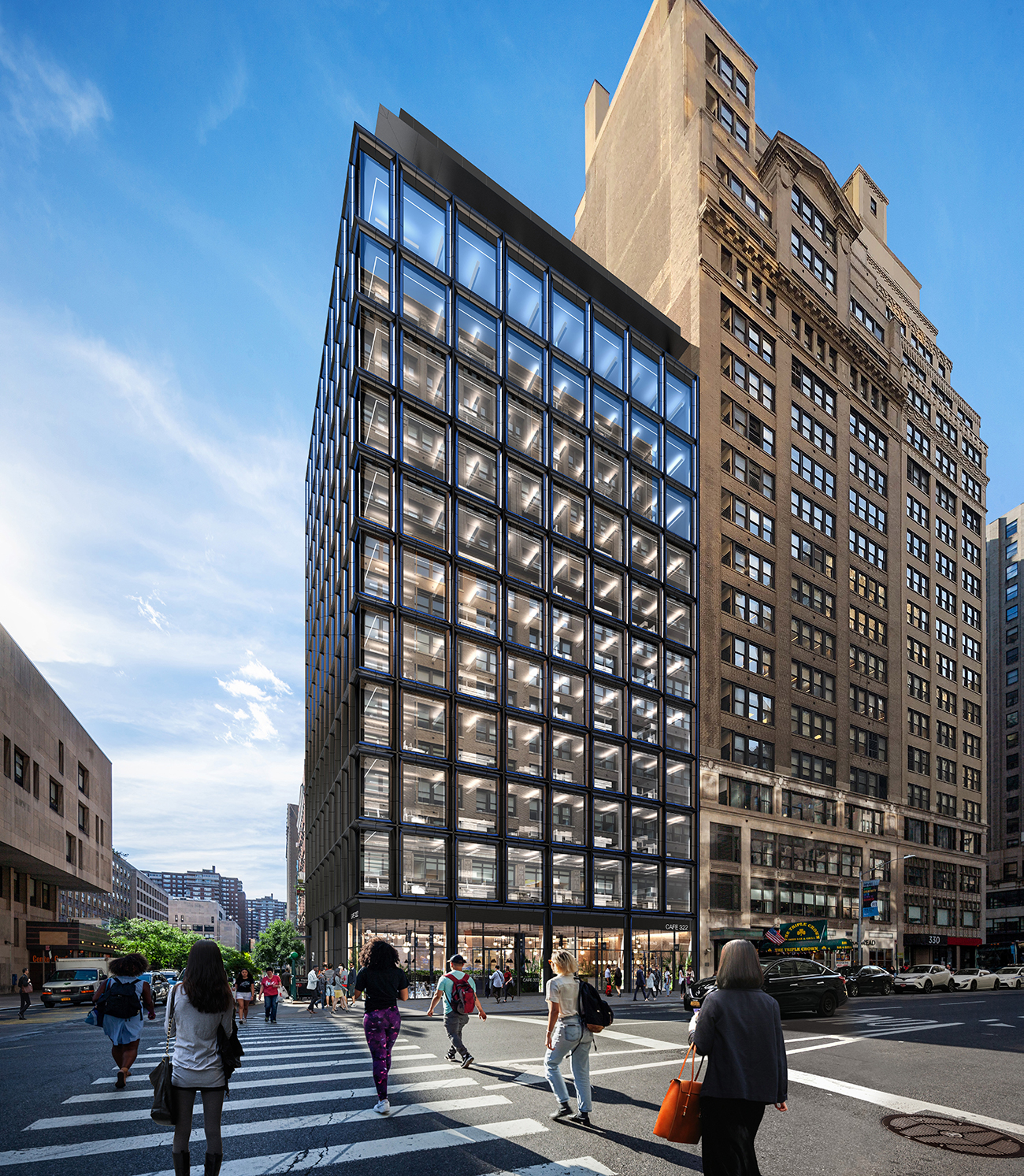 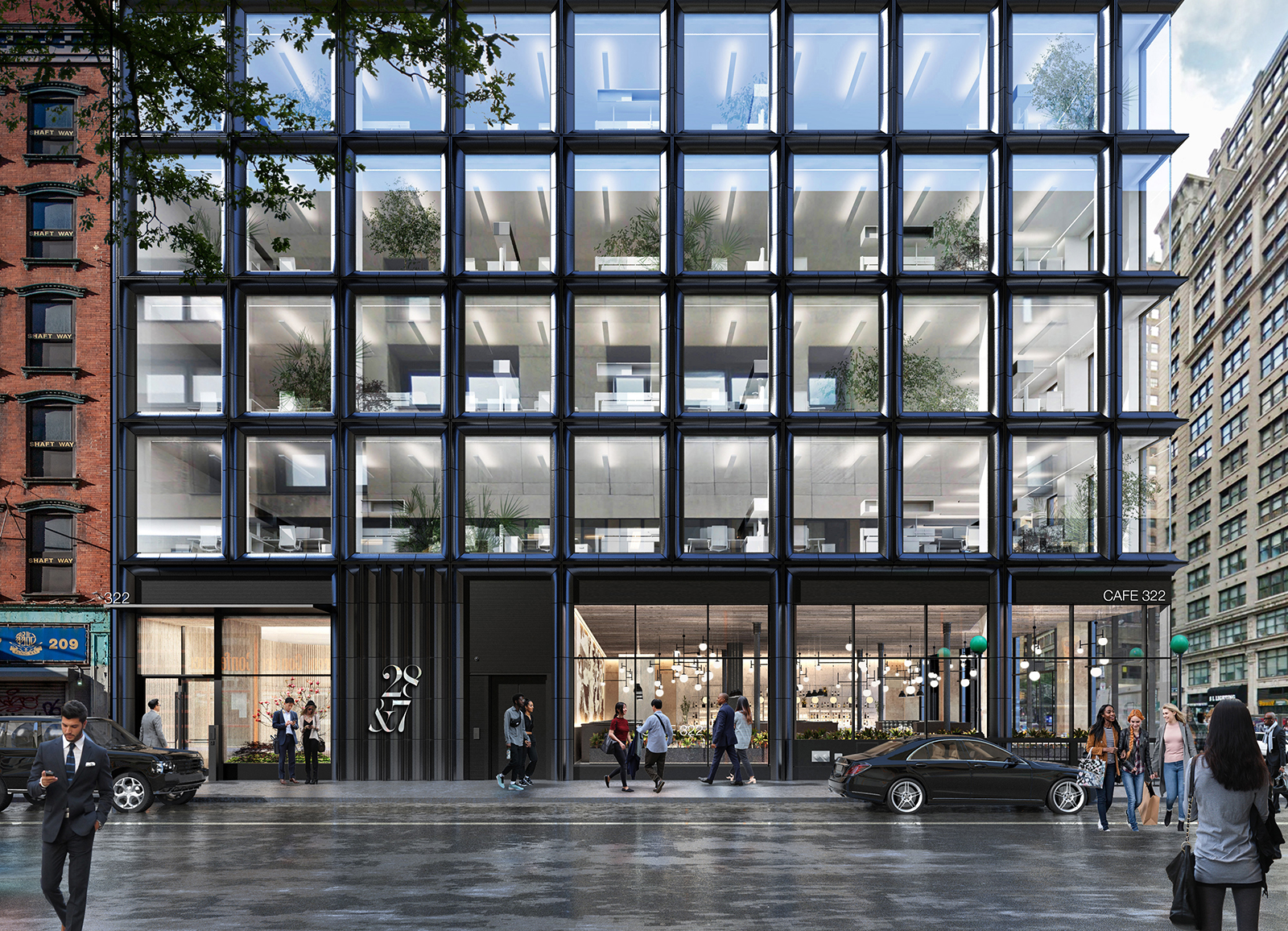 The 1 train at the 28th Street station sits right in front of the building, while the 2, 3, A, C, E, NJ Transit, and Amtrak trains are all nearby at Pennsylvania Station. The R and W trains are not far away to the east at 28th Street and Broadway, and the B, D, F, M, N, Q, and PATH trains can be found at the 34th Street-Herald Square station.

YIMBY last reported that 28 & 7 is slated to be finished in the fourth quarter of 2021.