On October 27, the Landmarks Preservation Commission will review proposals from the New York City Parks Department to modernize public spaces within Court Square Park in Long Island City. Because the park grounds surround the historic Queens County Court House building constructed between 1872 and 1876, the Parks Department will need a certificate of appropriateness from the LPC. 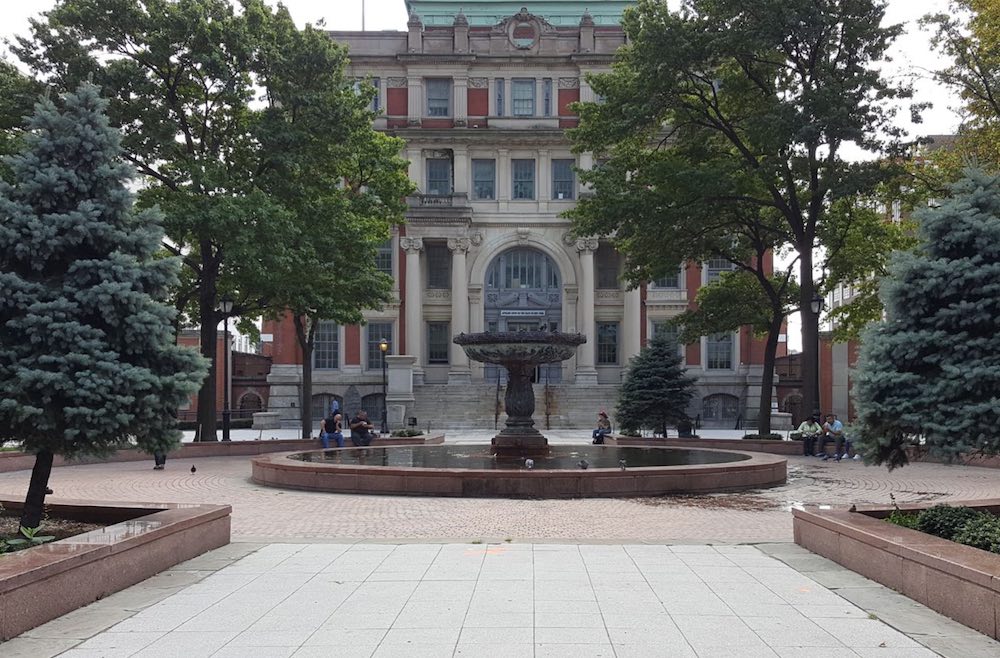 Court Square Park currently comprises a circular plaza with a large central fountain, perimeter seating, and surrounding green spaces. Submitted proposals include the installation of new seating areas, bistro and game tables, a new drinking fountain and water bottle refill station, the replacement of the existing fountain with a kid-friendly spray shower, updated lighting, and new concrete pavement throughout the park. The scope of work also includes an outlet to Thomson Avenue at the eastern boundary of the park. 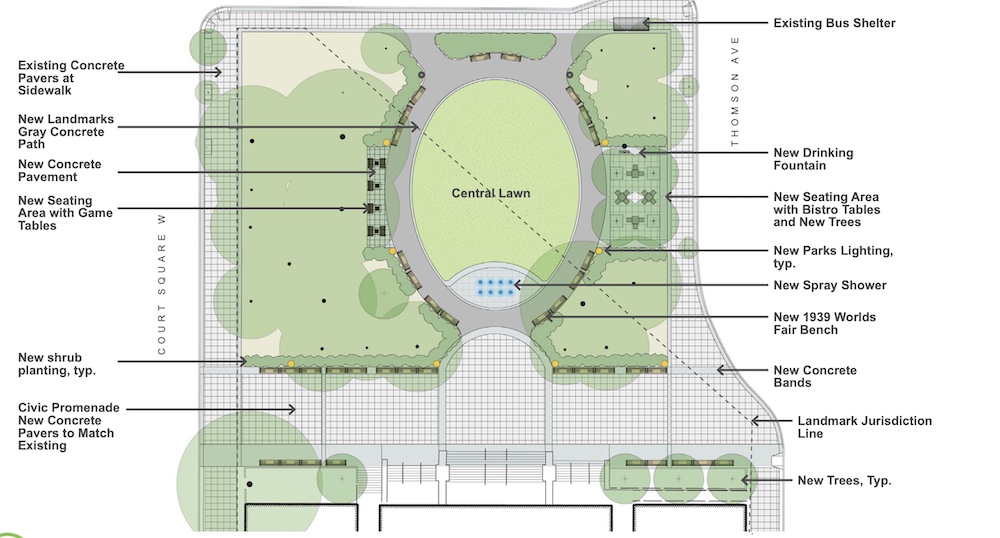 Earlier this year when the project was first announced, removal of the central fountain received a lukewarm reception from the Court Square Civic Association, a neighborhood group that claims to represent the interests of residents, artists, and small business owners in Long Island City’s Court Square neighborhood.

Total project costs are estimated at about $4 million. Construction could begin next fall and is expected to take about a year to complete.