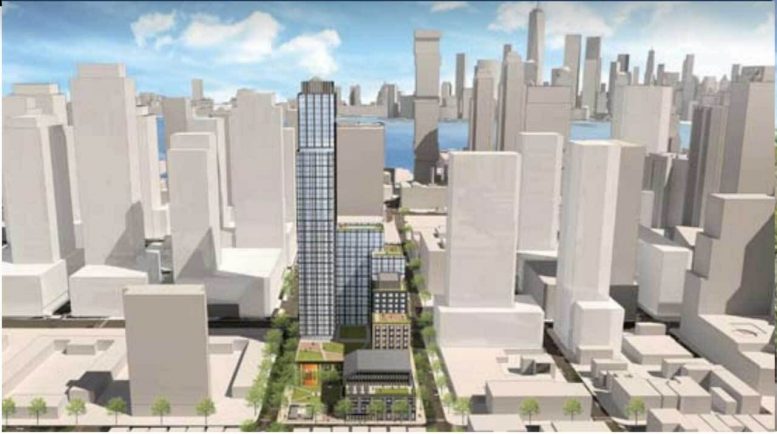 A large-scale redevelopment project in Downtown Jersey City could soon begin construction following preliminary approvals from the Jersey City Council. The project is referred to as the Laurel-Saddlewood Redevelopment Plan and will replace two derelict townhouse courts with market-rate and affordable housing, a new public school, community facilities, and retail space.

The property does not yet have an official address, but is bounded by Marin Boulevard and Manila Avenue to the east and west, with Second and First Streets to the north and south. 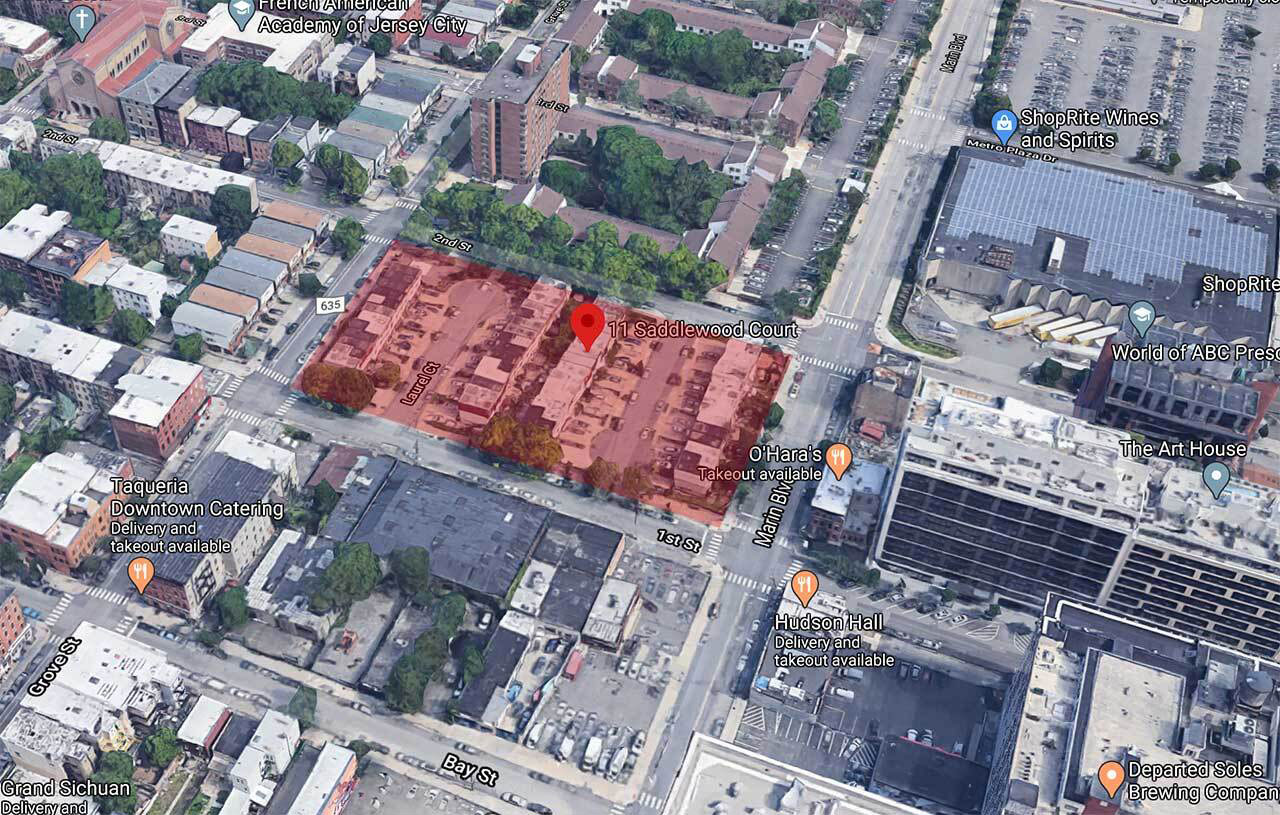 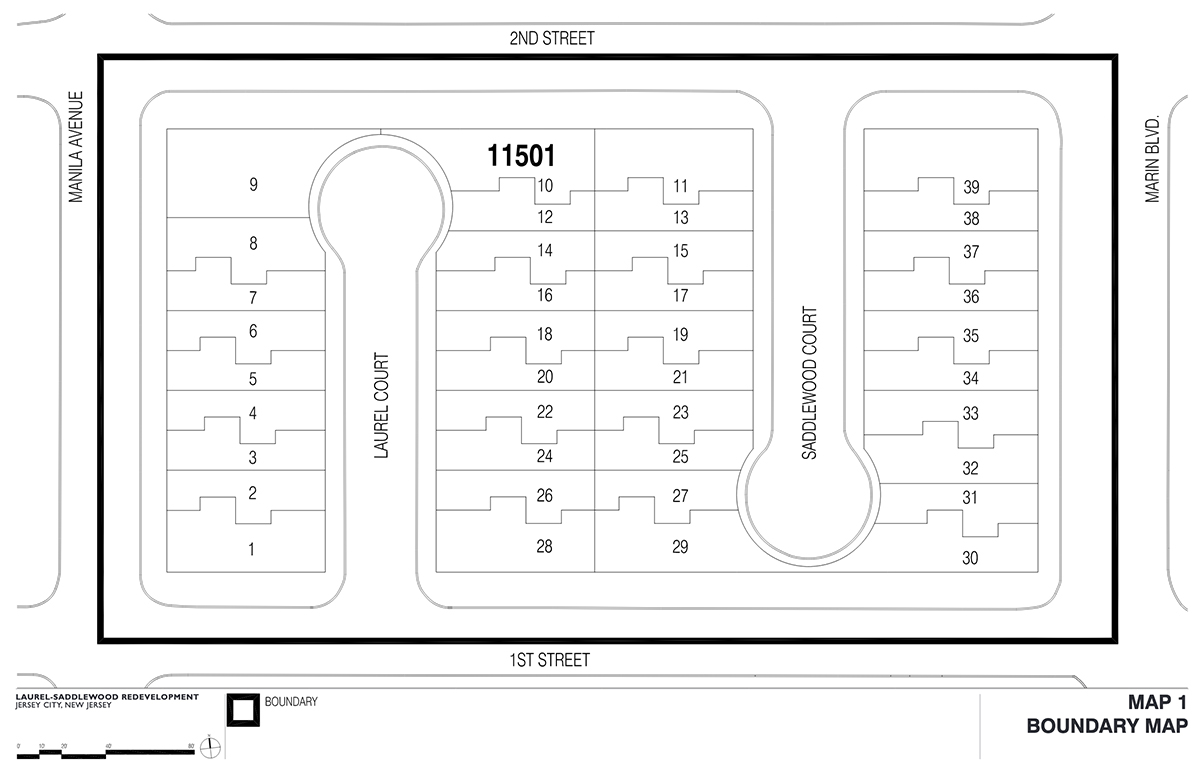 Designed by Beyer Blinder Belle, the new mixed-use block is stepped upward from a ground-level public park, and eventually culminates in a 50-story residential tower. The residential component could comprise up to 810 rental apartments. As specified by the Jersey City Council, at least five percent of the units must be marketed as affordable homes with no greater than 120 percent area median income. In practice, this equates 41 units.

The new public school will comprise at minimum 45,000 square feet with at least 15 classrooms and a gymnasium, an auditorium, and a cafeteria. 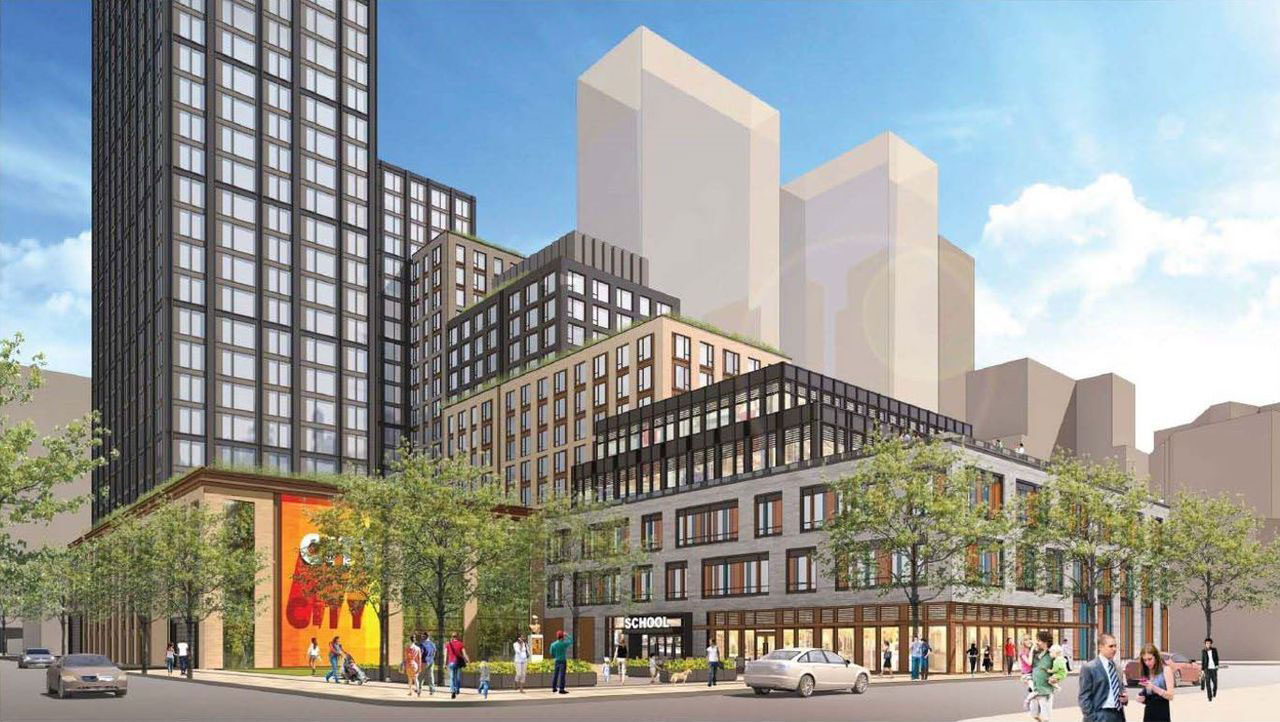 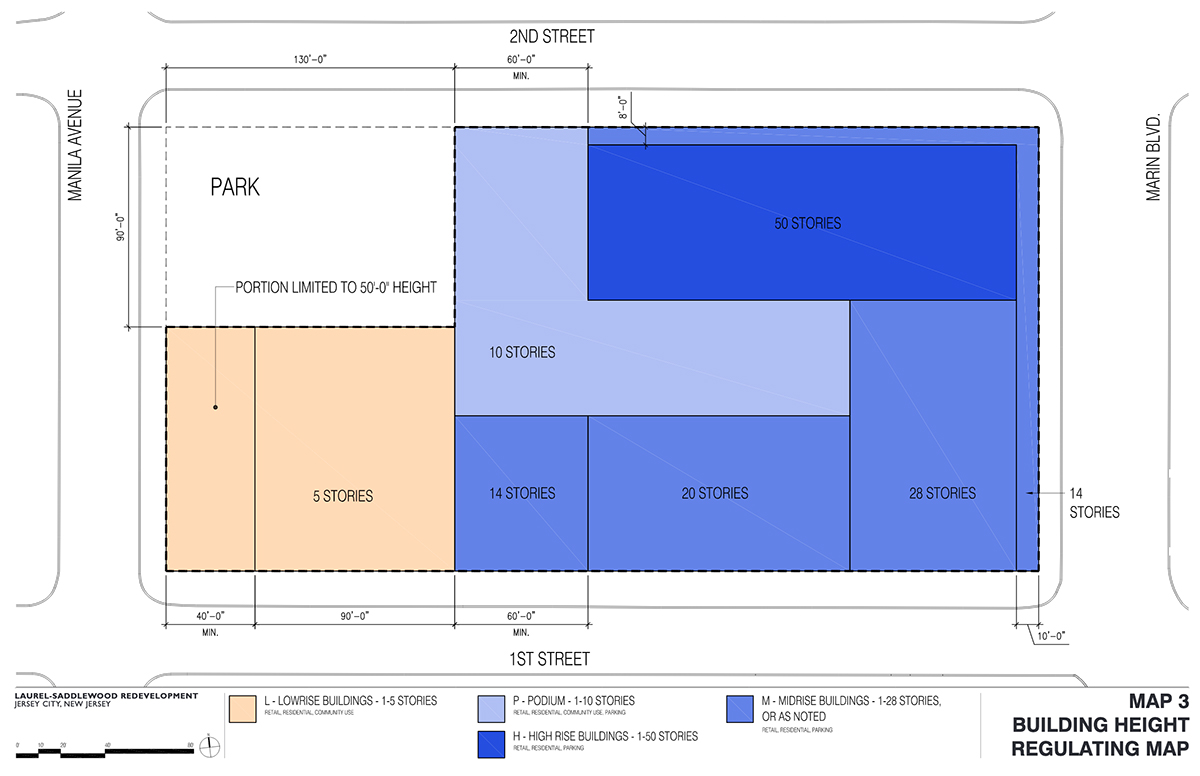 Lennar Multifamily Communities, the developers responsible for the project, have also committed to various site improvements including the remediation of existing public spaces, the creation of new recreational areas, rebuilt sidewalks, and infrastructure upgrades. This includes an expansion of Philippine Plaza, a public space at the center of the block, to at least 11,700 square feet.

At this phase of development, it is unclear when the project might be completed.