Construction is nearing the halfway mark on 223 West 46th Street, a 34-story Marriott SpringHill hotel in Times Square. Designed by Gene Kaufman Architects and developed by McSam Hotel Group, the project will yield 70,000 square feet and 200 guest rooms. The property is located between Seventh and Eighth Avenues, a short walk from the large stretch of pedestrian plazas and retail stores that line the crossroads of the world.

Recent photos show the degree of progress on the reinforced concrete superstructure since our last update in mid-September, when construction had surpassed the roof level of the adjacent building. More floors have been added since then and work on the façade is underway. 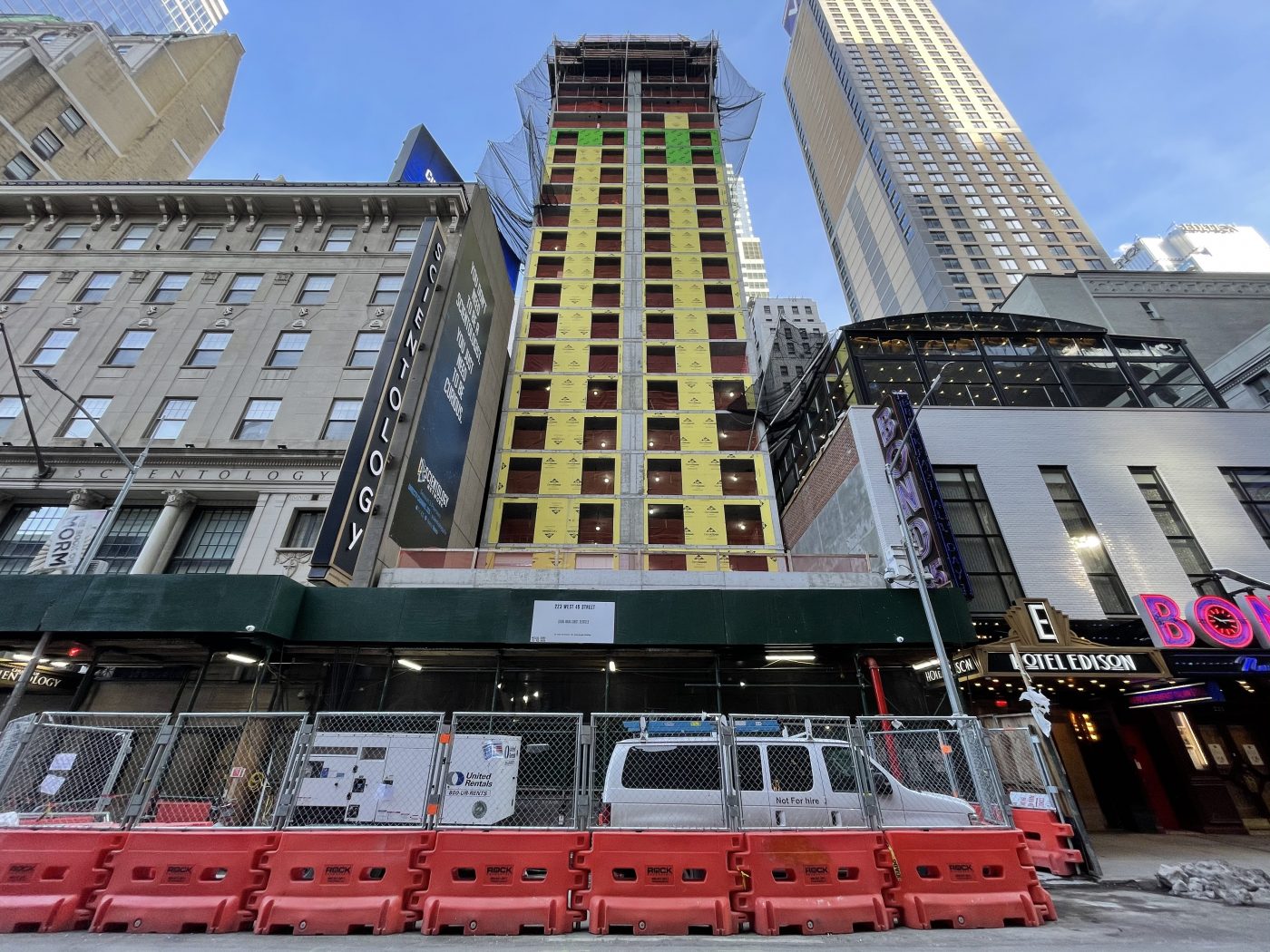 Metal stud frames can be seen along the edges of the building between each floor plate, to which the façade paneling will be attached, while yellow DensGlass gypsum panels are being installed in front of the assembly with cutouts for the windows. The simple grid and lack of setbacks or massing variations should speed this process. 223 West 46th Street will eventually culminate in a relatively flat parapet with a pushed-back mechanical extension from the main southern elevation. Hotel guest amenities will include a ground-level fitness center, a ground-floor restaurant with outdoor seating, and a rear yard. 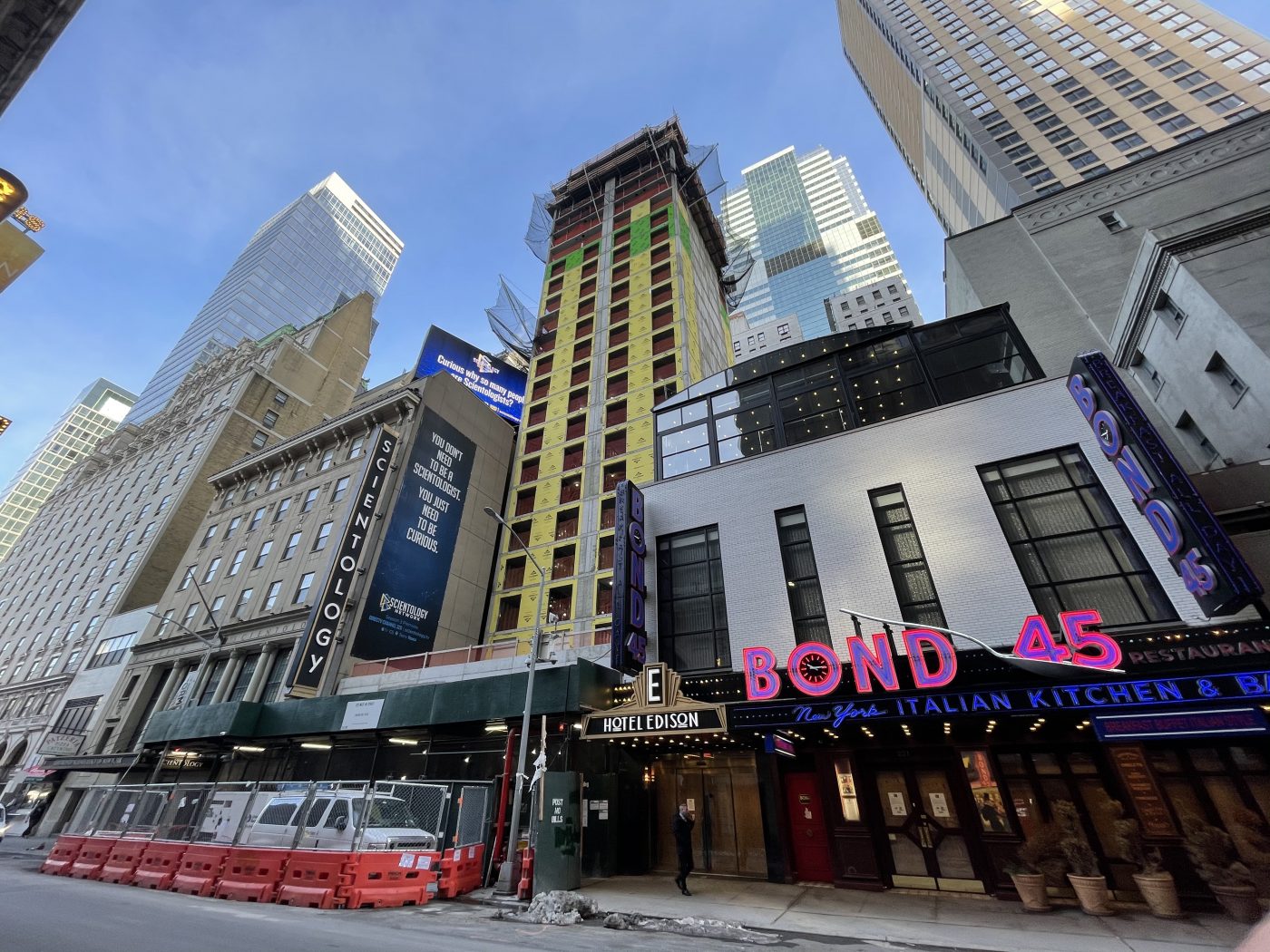 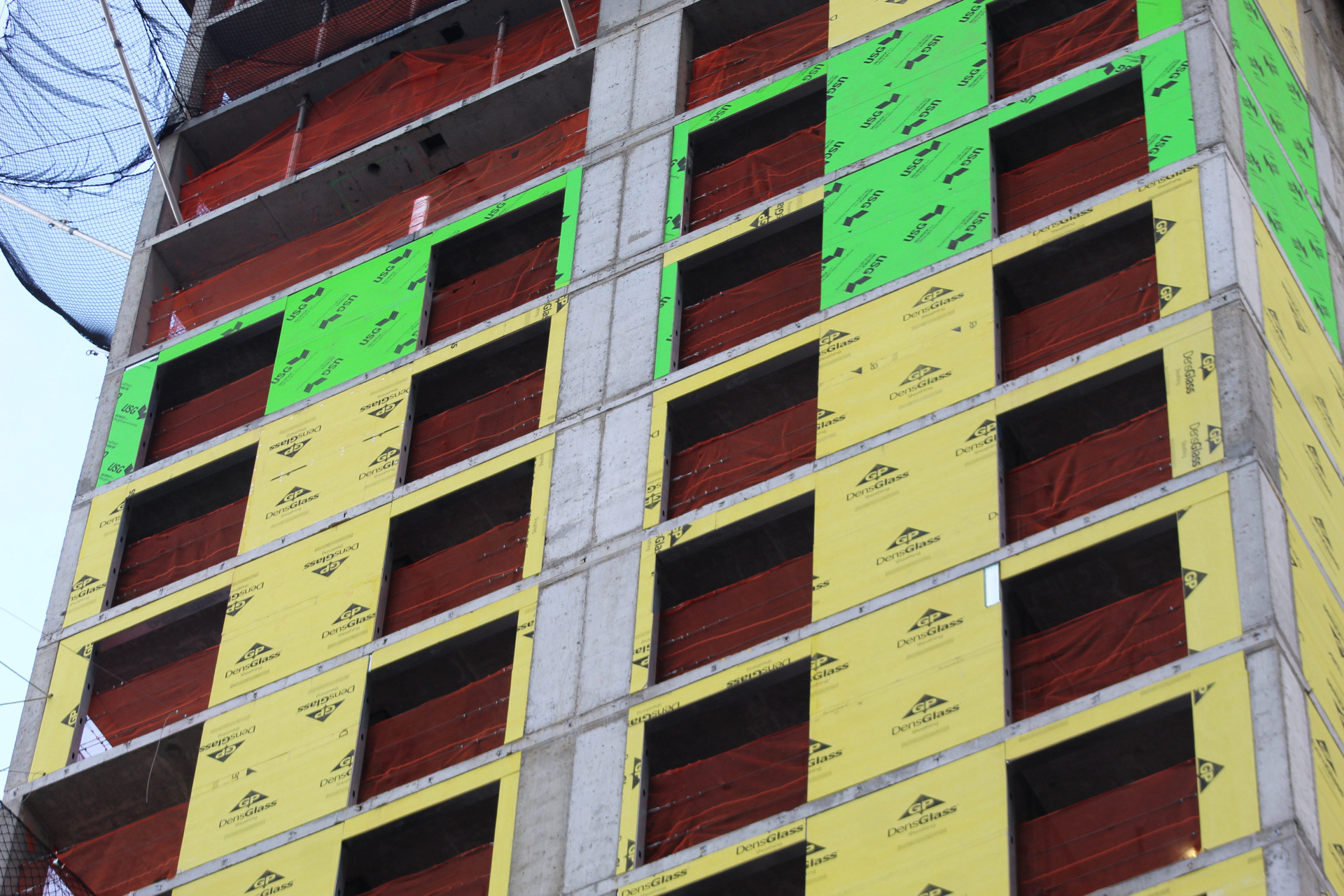 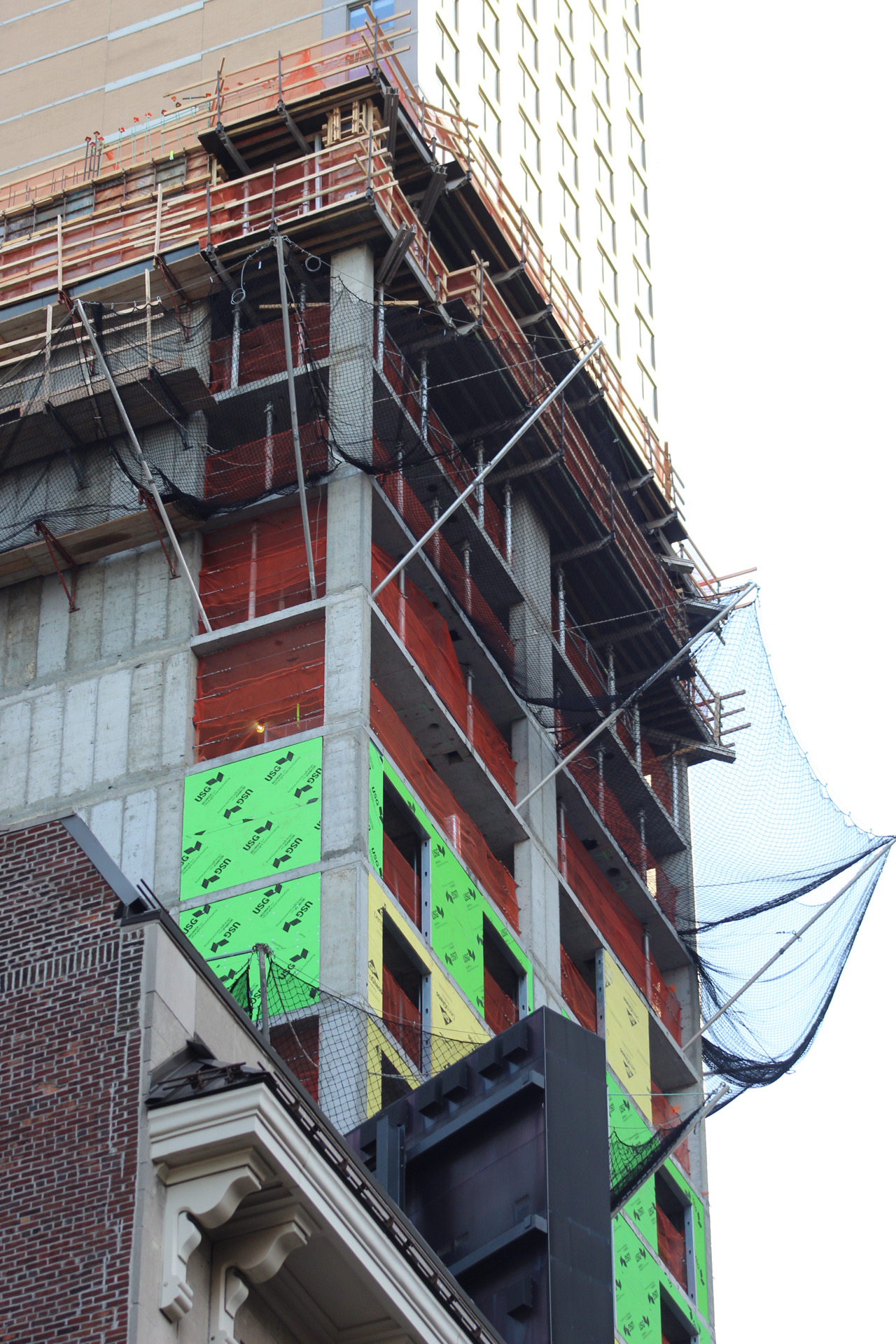 The height of the structure will make it roughly the third-tallest on the rectangular parcel, but it will be overshadowed by the mammoth Marriott Marquis at 1535 Broadway located directly across the street. Other nearby high-rise projects include the Morgan Stanley Global Headquarters to the north along West 47th Street and the slender W New York – Times Square hotel at 1567 Broadway, diagonally across from the construction site. Though it likely won’t achieve skyscraper status, the tower will nonetheless contribute to the vertical density of the neighborhood and supply accommodations for one of the world’s leading tourist destinations.

It’s conceivable that 223 West 46th Street could finish sometime in late 2021. A formal completion date has not been announced.