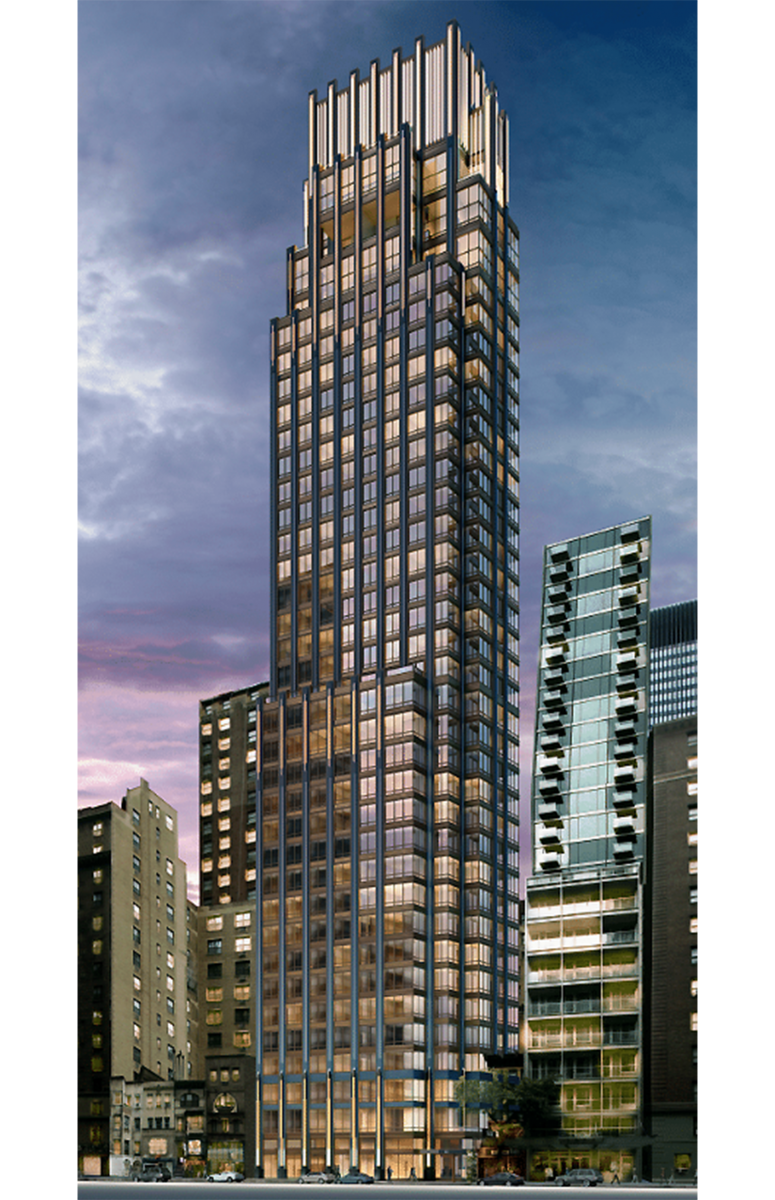 A new rendering has been revealed for 141 East 47th Street, a 35-story residential tower in Midtown East. Excavation is underway for the 183,310-square-foot project designed by Ismael Leyva Architects and developed by Silverback Development. The latter was brought on by Hopson Development Holdings, which previously purchased the parcel for $115 million in December 2019 from the original developers, New Empire Real Estate. The property will contain a mix of studios through two-bedroom units averaging around $1.5 million apiece, as well as 5,000 square feet of ground-floor retail space.

The new illustration features greater detail than the previous rendering from our last article, showcasing the illumination of the ornate Art Deco-inspired crown. Depicted at dusk, 141 East 47th Street is shown with numerous setbacks toward the top of its symmetrical massing, a design that pays homage to the classic style of New York’s earliest skyscrapers. The edifice is enclosed in a uniform façade of floor-to-ceiling glass and thin dark-colored metal panels that emphasize the verticality of the structure among the abutting low-rise neighbors. The perimeter columns that span the ground level and first several stories feature lighting similar to the crown components, adding to the building’s cohesiveness.

Meanwhile, photos from the project site, which is located between Park and Lexington Avenues, show excavation activity continuing on the plot. 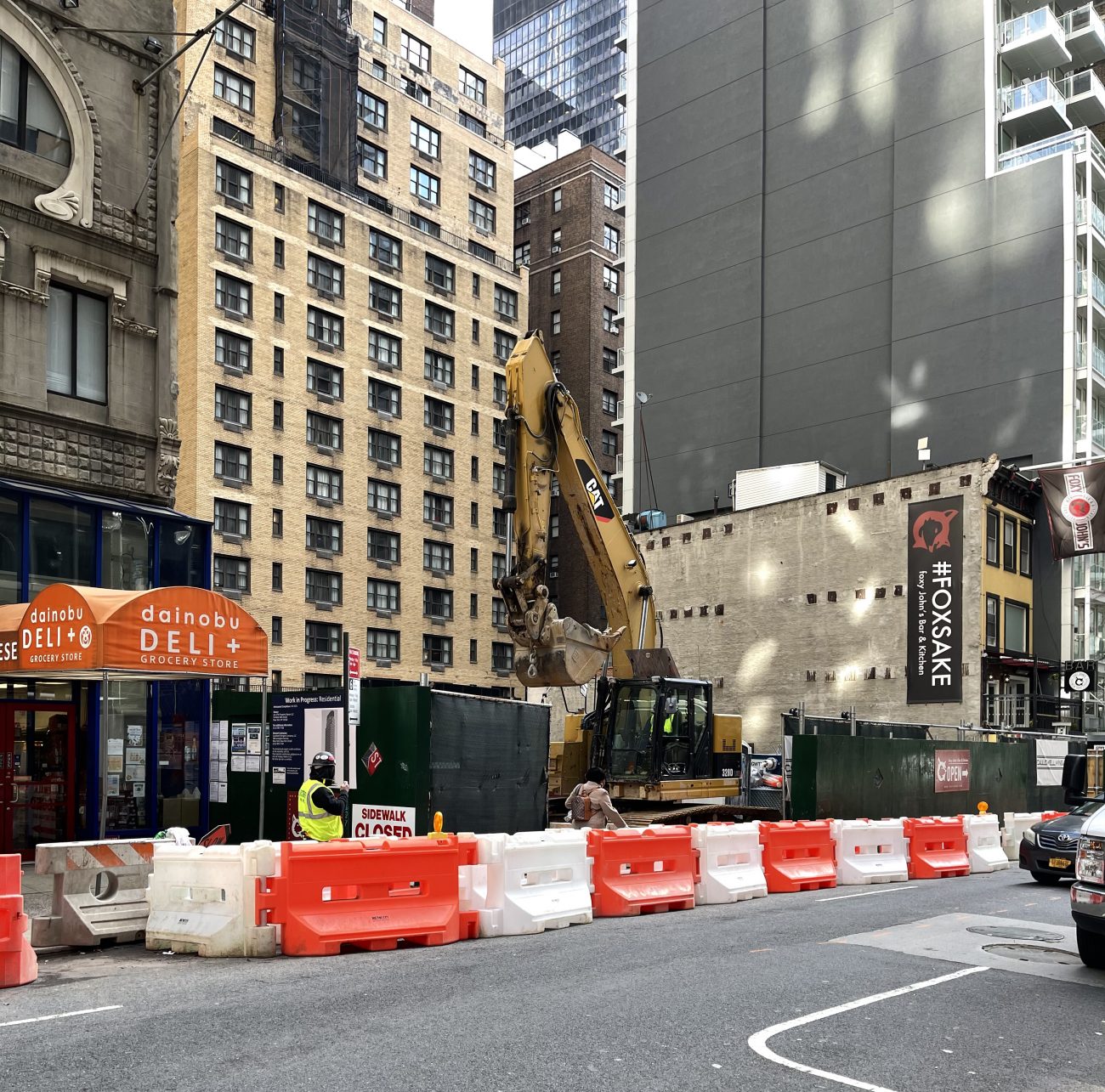 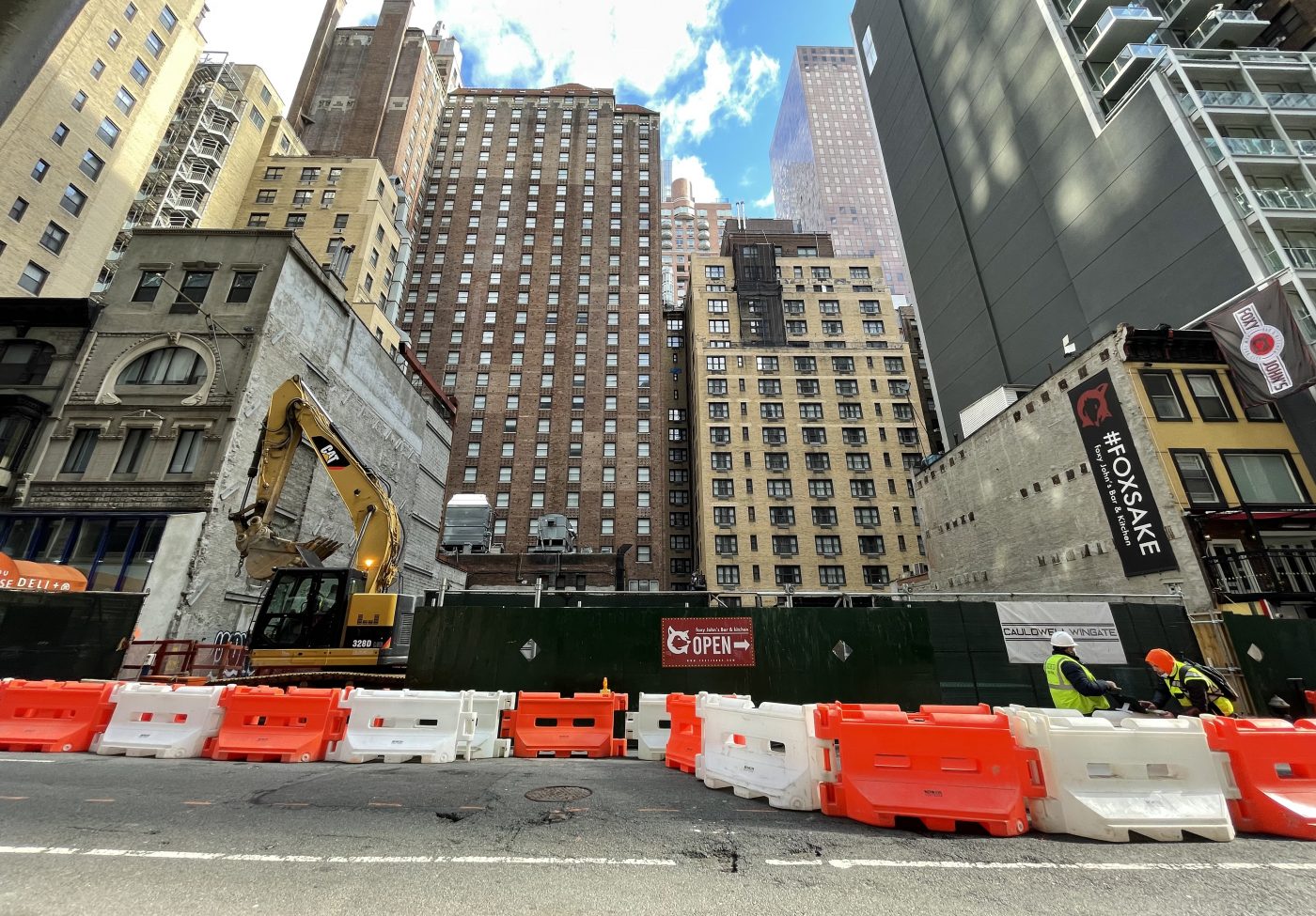 Below is the previous rendering for 141 East 47th Street. 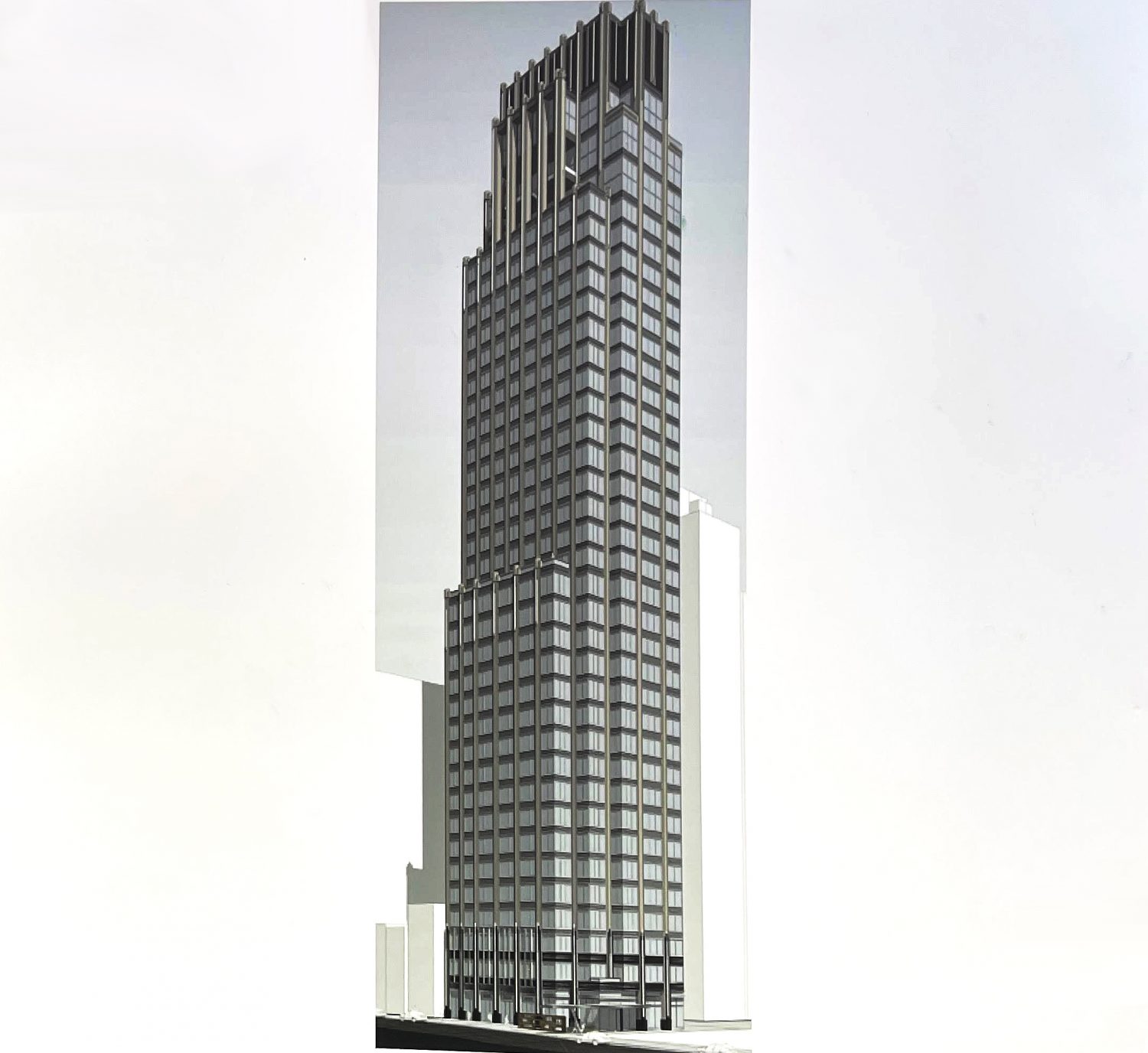 Though far from the supertall status of the nearby 270 Park Avenue behemoth or Kohn Pedersen Fox’s completed One Vanderbilt, 141 East 47th Street’s classic design and sleek exterior will certainly contribute nicely to this section of Midtown.

Construction on 141 East 47th Street is estimated to be completed sometime next year.