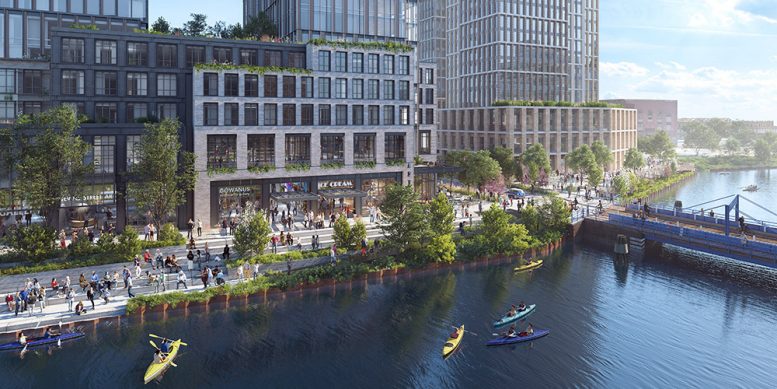 Newly revealed renderings illustrate an exciting future for the Gowanus Canal waterfront and the surrounding streetscape. From Gowanus Forward, a consortium of developers including Domain Companies, Monadnock, and PMG, the renderings show a drastically reinvigorated public thoroughfare with open green spaces, recreational boating, new benches, and a winding esplanade.

The renderings are credited to SCAPE, the same urban design and landscape architectural team for the Greenpoint Library and Environmental Education Center in Brooklyn, the First Avenue Water Plaza in Manhattan, and the Gowanus Lowlands plan. 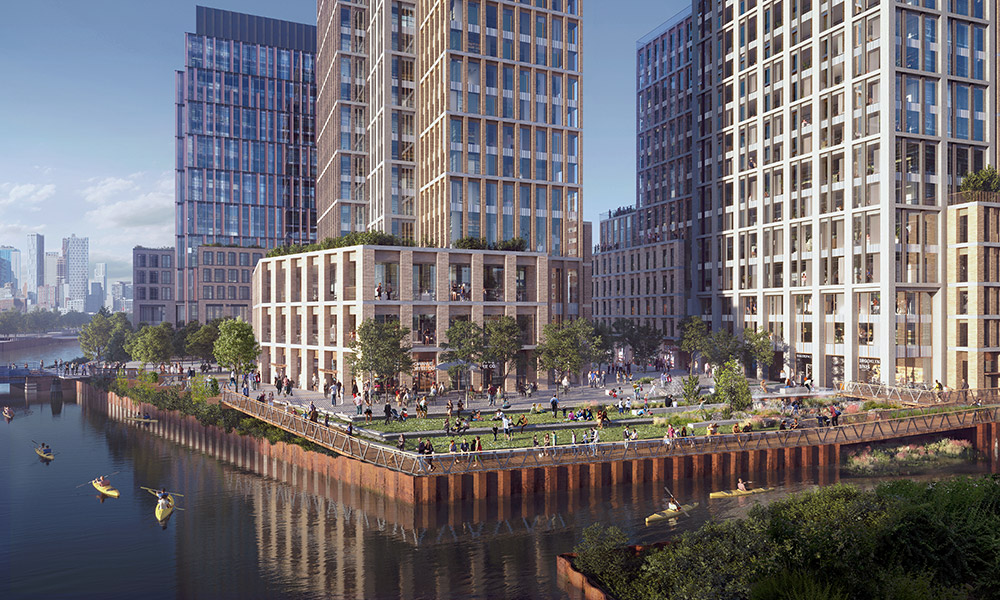 Earlier this week, the project was certified by city agencies as part of the Uniform Land Use Review Procedure (ULURP) process, one of several key prerequisites for the project to advance. Rezoning approvals for the mixed-use district are now pending. Beyond the creation of new public areas, the rezoning is expected to facilitate the creation of approximately 8,500 new housing units. This includes roughly 3,000 income-restricted affordable apartments.

The project scope also includes infrastructure upgrades to support the influx of new residents, as well as resiliency measures to mitigate potential damage caused by rising tides and seasonal storms. Specifics were not included in the latest outline from the development team.

“The Gowanus rezoning presents a once-in-a-lifetime opportunity to create beautiful, publicly accessible open space along a cleaned-up canal front, desperately needed affordable housing and dedicated space for the artists and makers who have contributed to the neighborhood’s rich artistic and cultural history,” said Frank Dubinsky from Monadnock. “But, it’s imperative that we get this right by ensuring that the open space is cohesive in design, accessible to all, and contributes to the neighborhood’s resiliency.”

At this time, a project timeline has not been released.