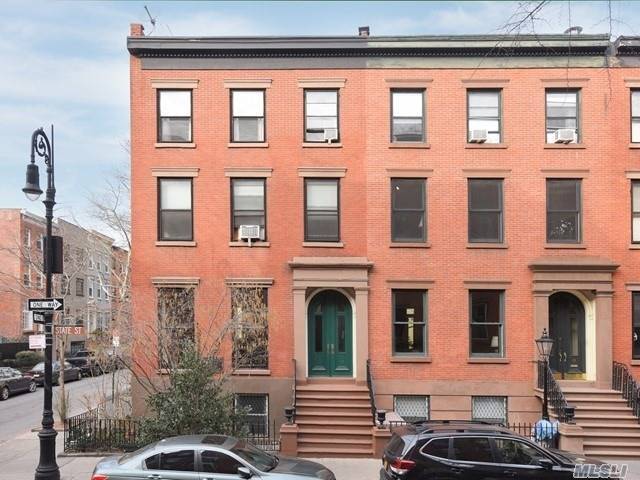 The Greek Revival style rowhouse sits at the corner of State Street and Sidney Place, and was originally completed in 1839. Today, the building is showing clear signs of age, particularly at the rear of the property. At this elevation, portions of the façade are crumbling or infiltrated by invasive plants, portions of the yard’s wood fencing are deteriorated, and guardrails outside a third-floor terrace have rusted. 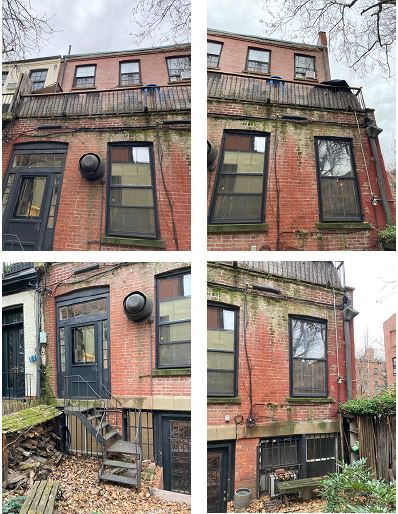 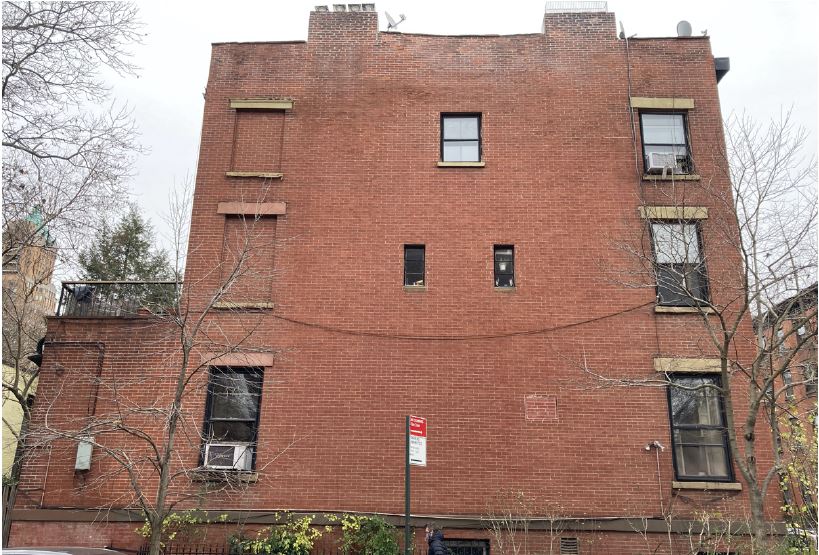 Renderings from CWB Architects, the lead design studio for the proposed restoration, reveal a full refresh of the building’s exterior elements. At the rear elevation, new bluestone steps will lead to the basement, a new window-wall façade will feature paneled wood infill with a cream and dark blue finish, and the metal railings surrounding the third floor terrace will be replaced. The unsightly brick wall at the first two floors will also be removed, improving the flow of light into the structure. 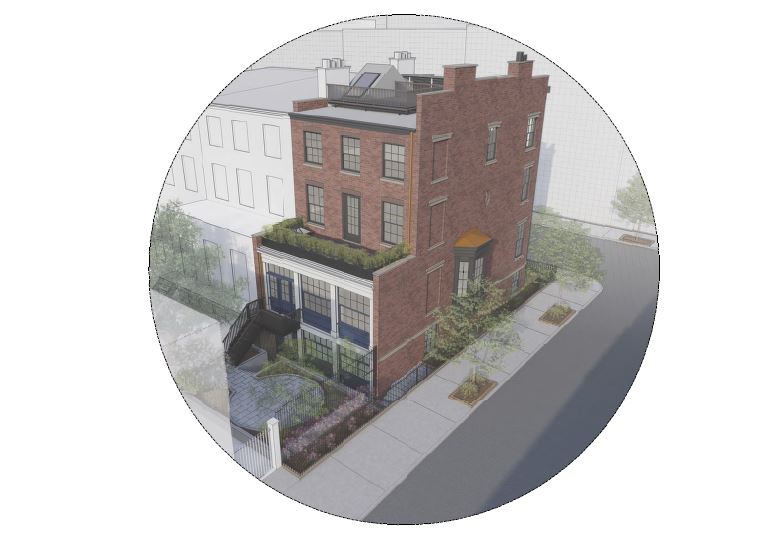 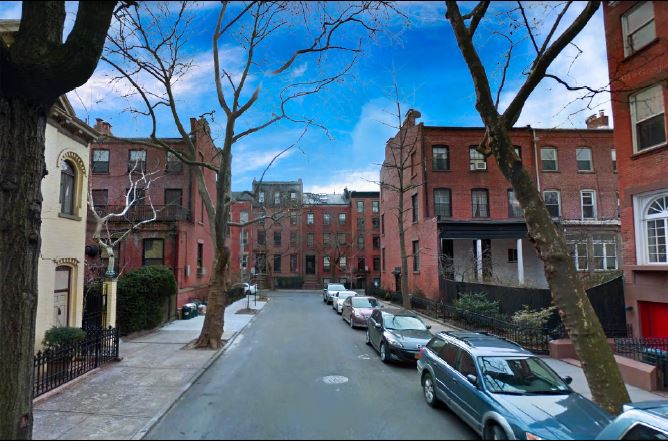 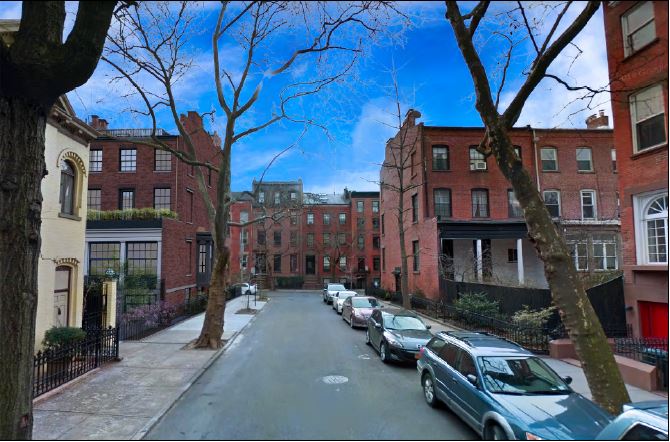 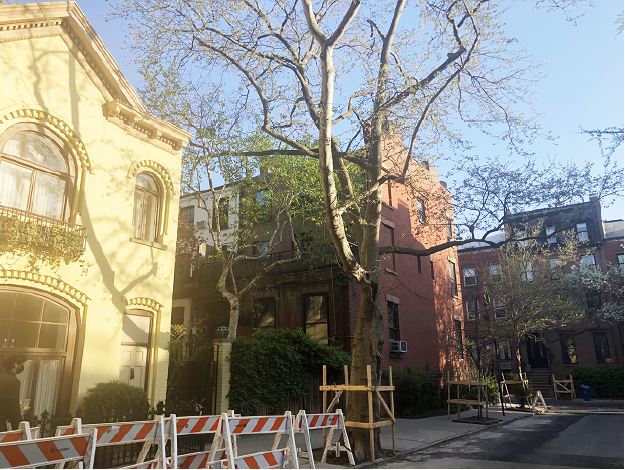 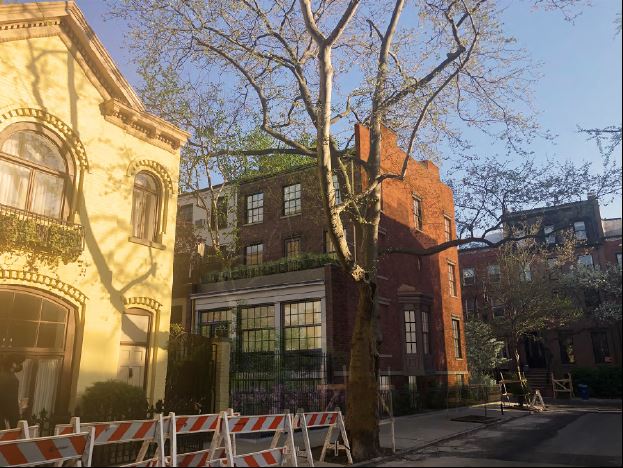 The roof of the property will support an outdoor roof deck, a new solar array to improve energy performance, and an angled bulkhead to reduce street-level visibility.

On June 22, LPC Commissioners voted unanimously to approve the proposals on the grounds that the work will not diminish the special architectural and historic character of the building nor the historic district. It is not clear when construction at the property might begin.