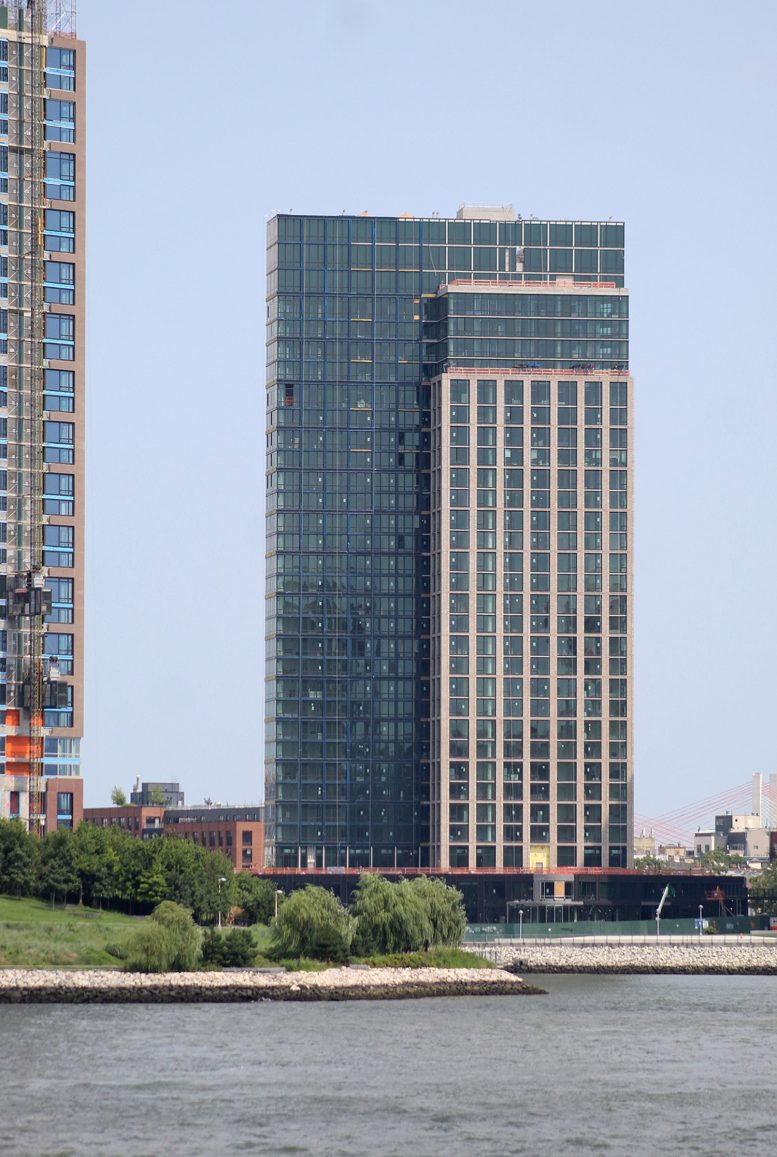 Curtain wall installation is wrapping up on One Bell Slip, a 31-story residential tower in Greenpoint, Brooklyn. Designed by Handel Architects and developed by Brookfield Property Partners and Park Tower Group, the 369-foot-tall structure will yield 413 units spread across 292,029 square feet, as well as 992 square feet of commercial space on the lower floors. The project is located at the corner of Bell Slip and Commercial Street along the Newtown Creek and East River waterfront, and is part of the massive Greenpoint Landing riverfront development.

Since our last update in April, most of the remaining windows and façade panels have been installed. 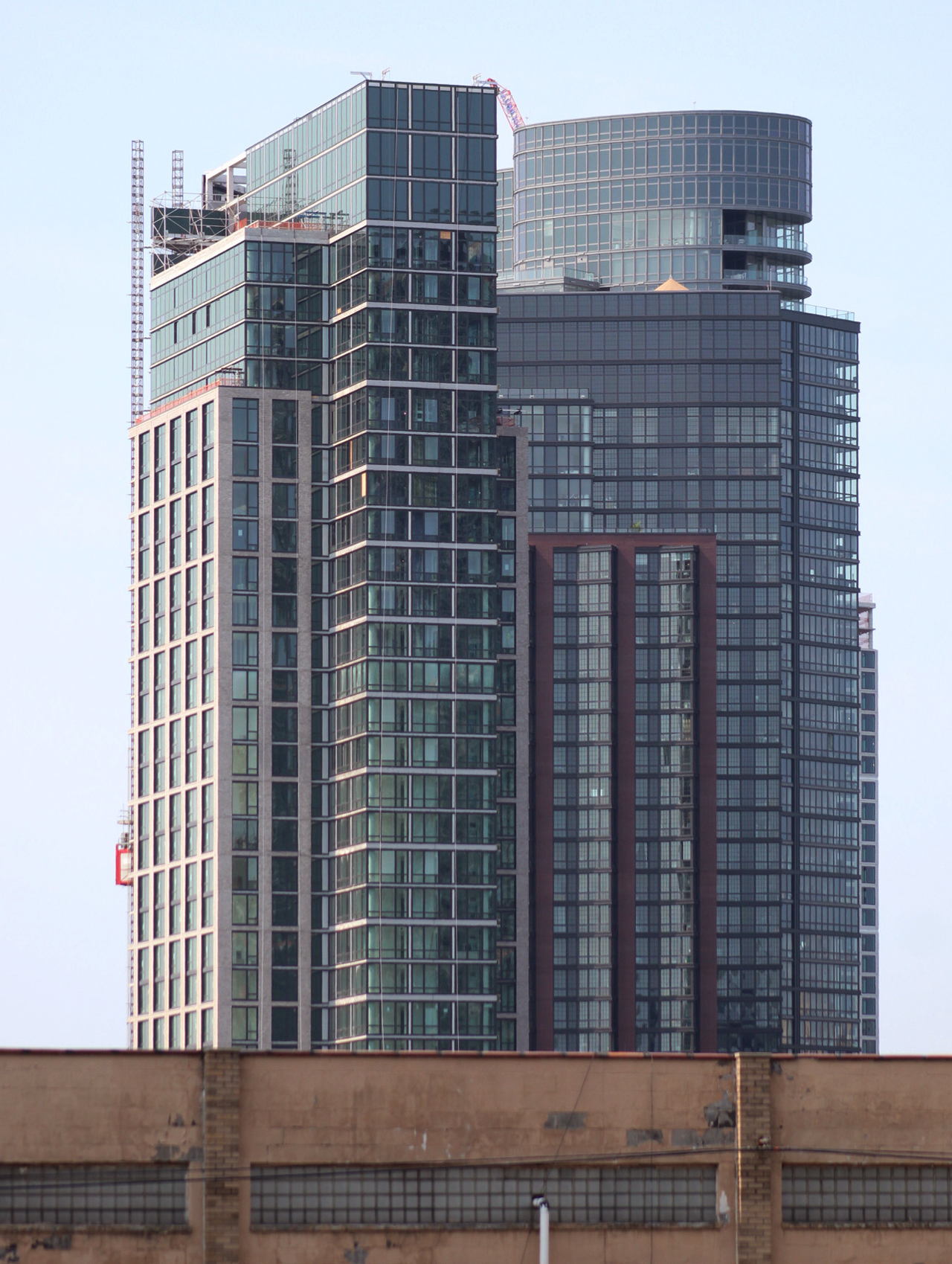 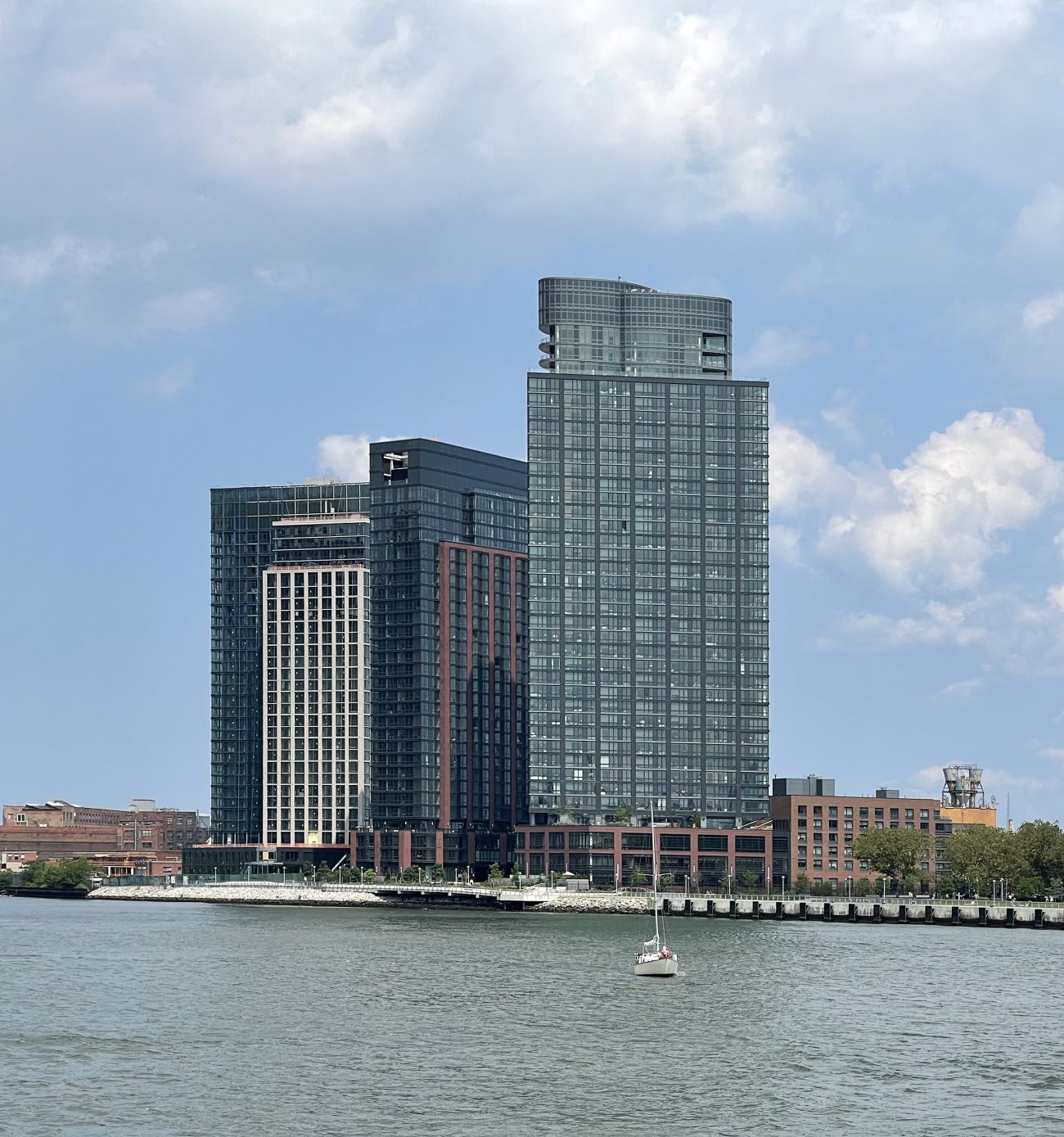 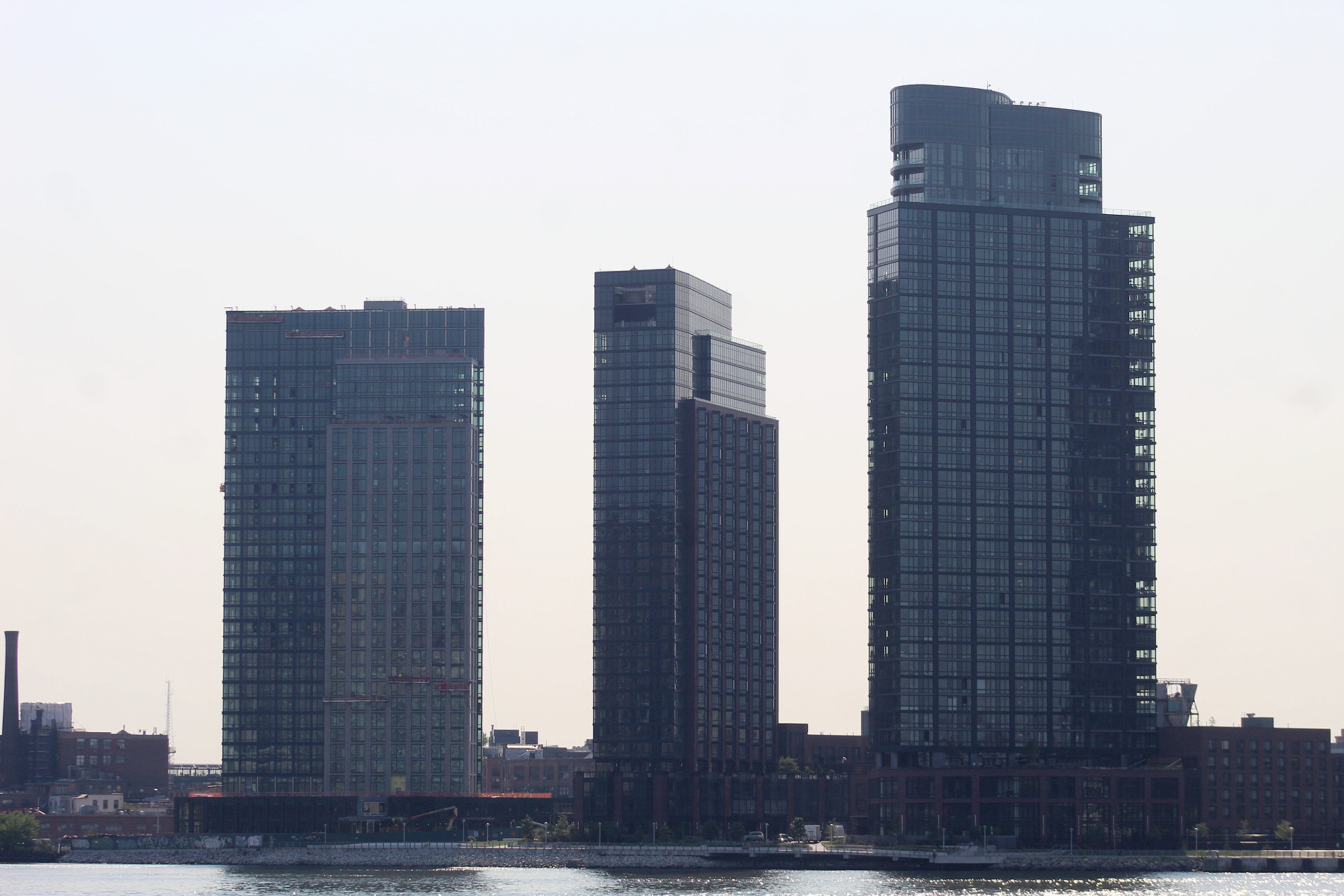 The remaining floor-to-ceiling glass panels now cover the concrete walls of the rectangular volume that surrounds the mechanical equipment below the flat roof parapet. The main western elevation of One Bell Slip appears visually flat and faces towards Midtown, Manhattan, while the slender northern and southern profiles reveal the setbacks on the upper floors. The exterior hoist is still attached to the slim southern wall, but should be removed shortly. 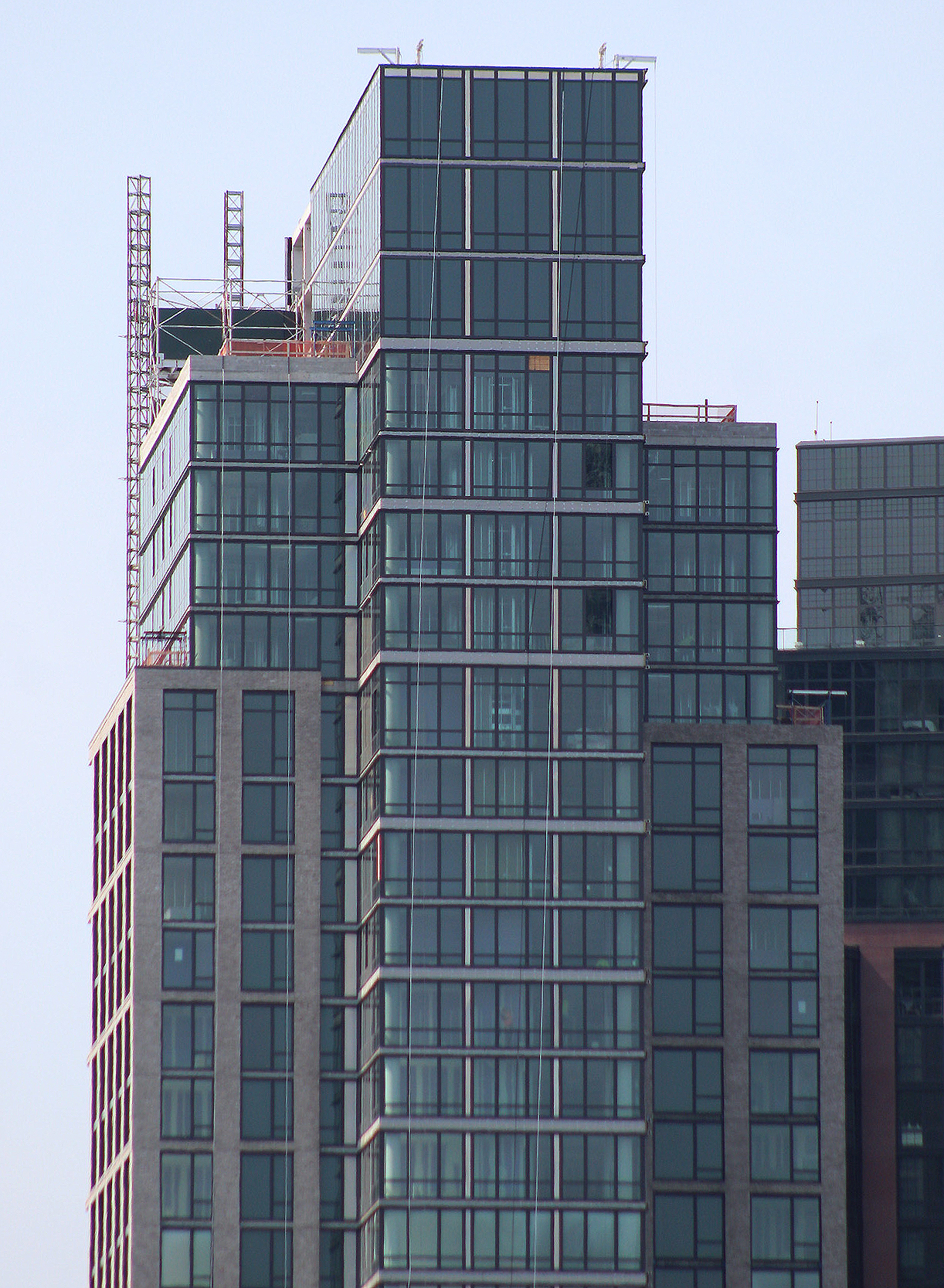 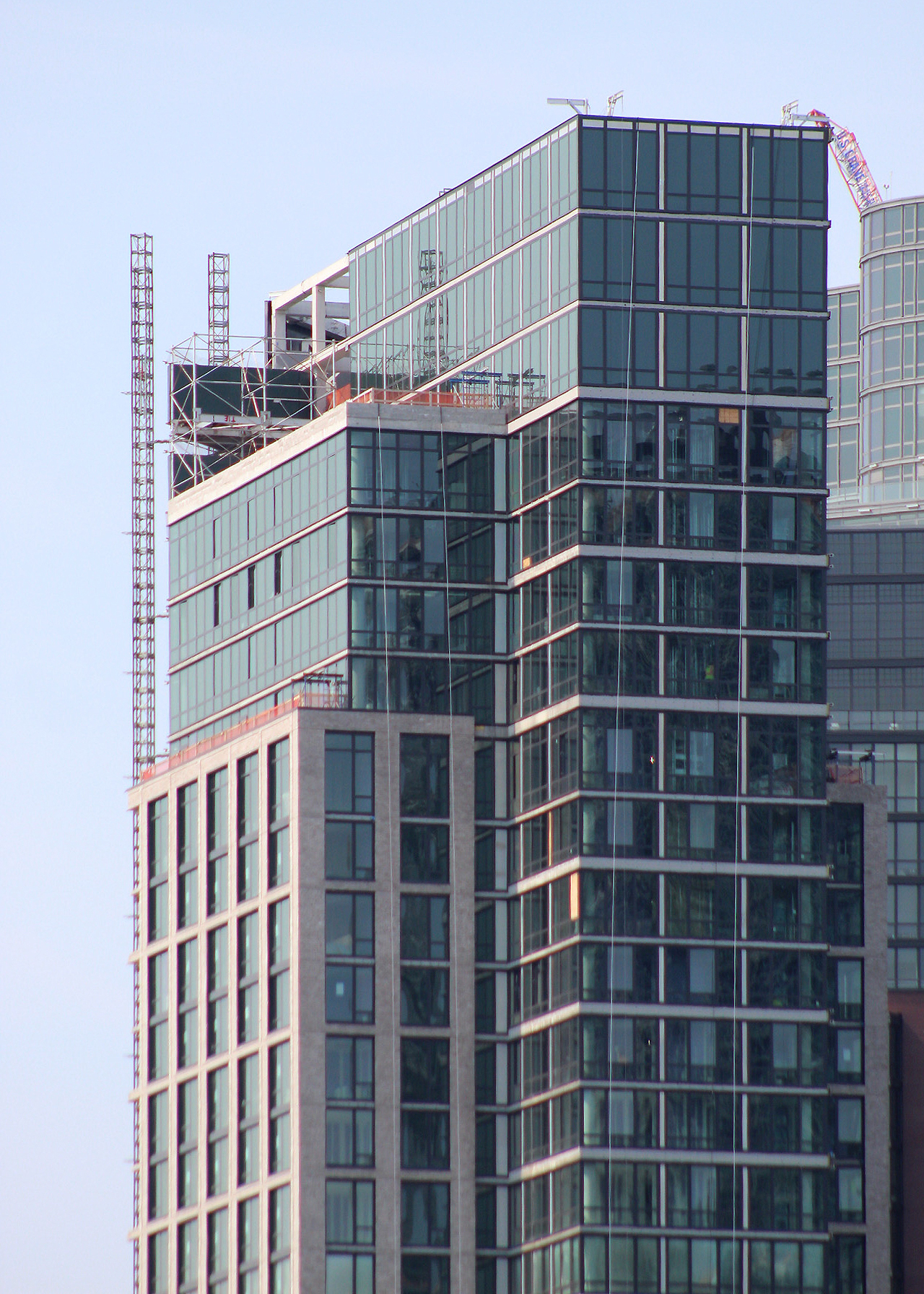 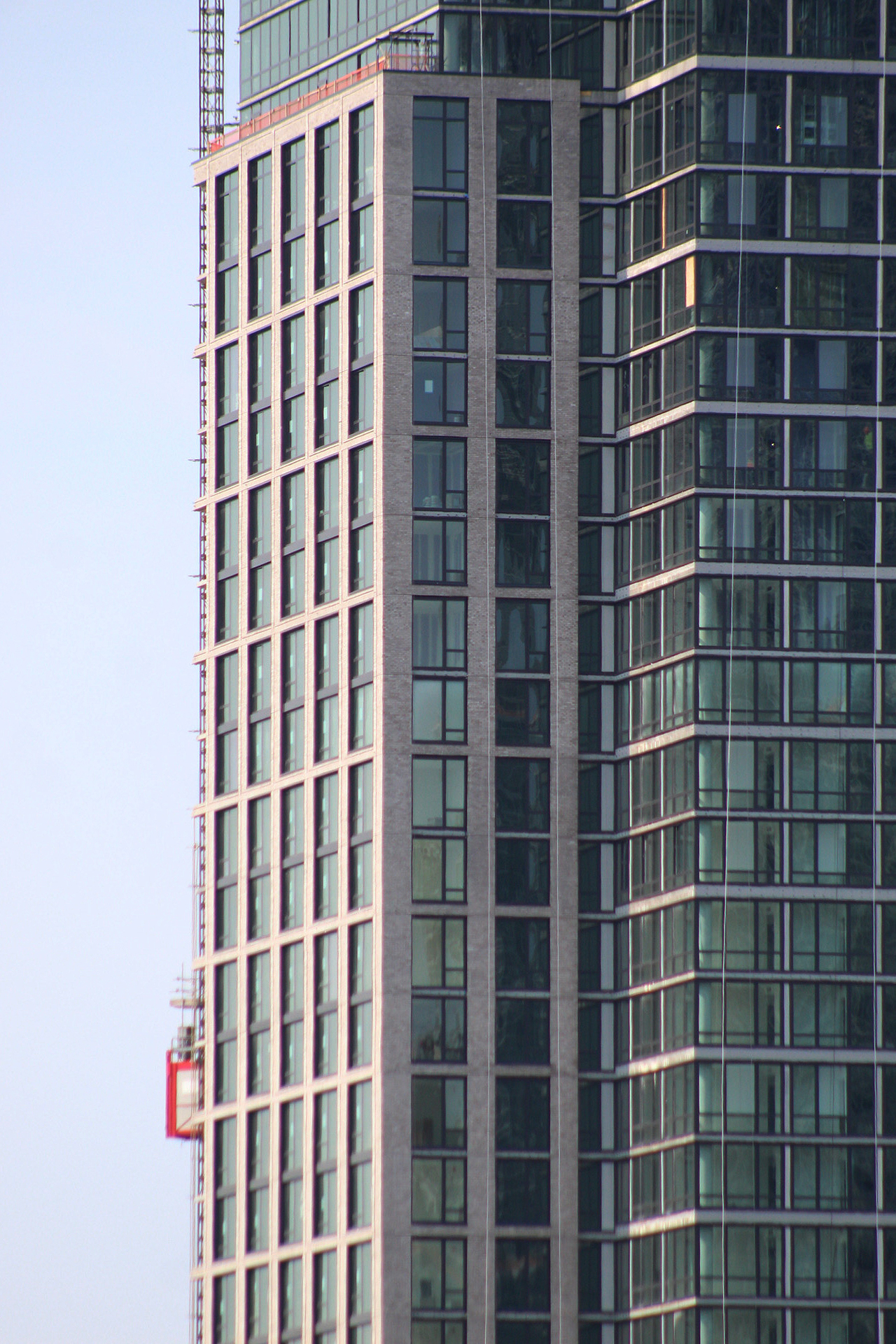 One Bell Slip is currently the shortest of the new towers lining the Greenpoint riverfront, which is sure to continue its rapid pace of development throughout the rest of the decade. The Greenpoint Landing master plan calls for a total of ten new buildings, 5,500 residential units with 1,400 designated for permanent affordable housing, a K-8 public school, and a park designed by James Corner Field Operations. The closest subway from the project site is the G train, located a half mile away at the Greenpoint Avenue station, while the Greenpoint ferry terminal sits to the south at the western end of India Street. 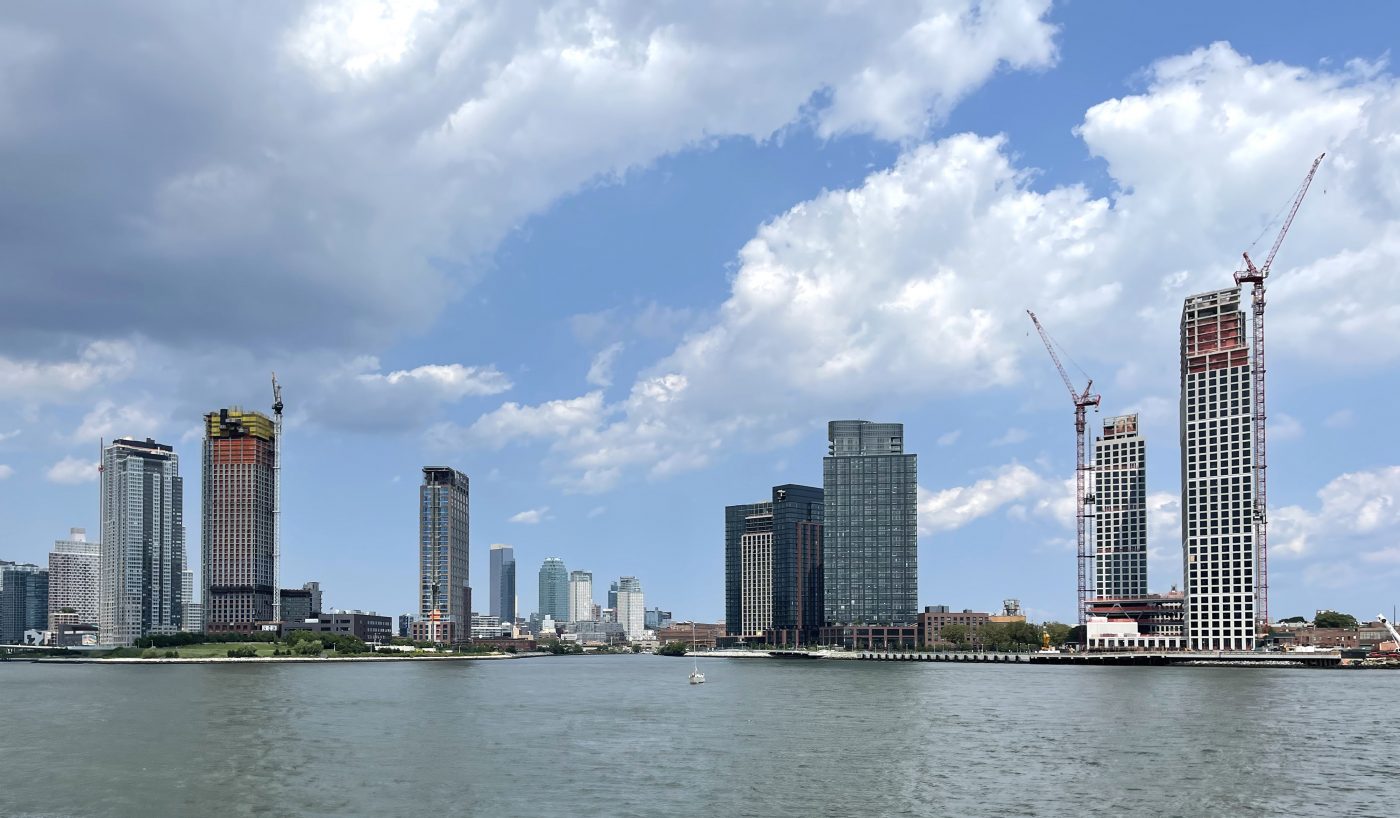 Construction on One Bell Slip could conceivably finish before the end of the year.

4 Comments on "One Bell Slip’s Brick and Glass Facade Wraps Up Installation in Greenpoint, Brooklyn"