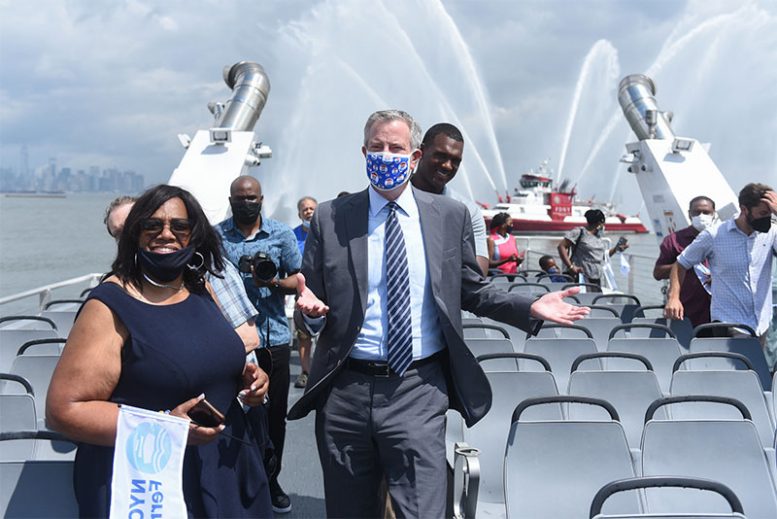 The journey from Midtown, Manhattan to Staten Island just got easier following the launch of a new NYC Ferry line connecting the two boroughs. The ferry, which costs the equivalent of a single-swipe subway fare, now stops in Midtown at West 39th Street, Vesey Street in Battery Park City, and the St. George Ferry Terminal in Staten Island.

Since its launch in May 2017, NYC Ferry has served over 20 million riders across the Astoria, East River, South Brooklyn, Rockaway, East River, and Soundview routes. The St. George route is expected to add access for a significant number of Staten Island residents who work in Manhattan, an expansion that Staten Island borough president James Oddo calls a major quality of life improvement for his constituents.

“The start of fast ferry service between Staten Island and Manhattan strikes a blow for fairness and equity,” said Oddo. “My hope and expectation is that the success of this route will result in additional service at some point, most obvious being a connection to Brooklyn. That day will come.”

Despite these hopeful sentiments, no official word yet when or if a Brooklyn-Staten Island ferry connection is in the works.