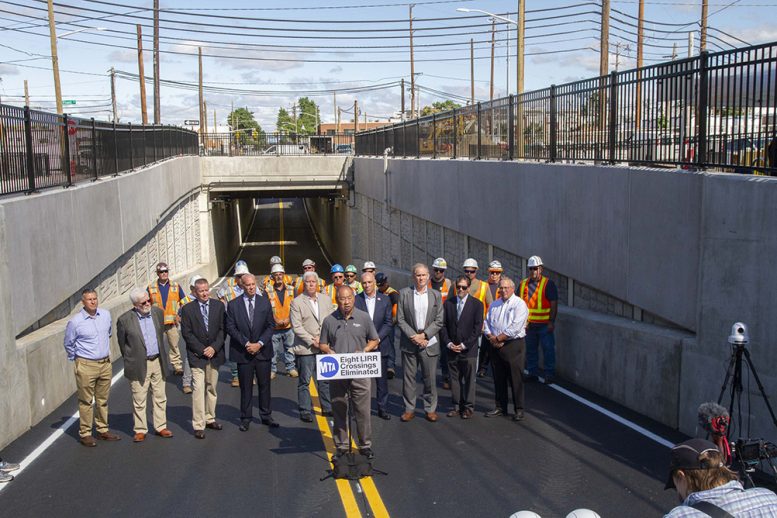 The bridges replace a pair of street-level railroad crossings caused substantial vehicular congestion when crossing gates were closed. Local residents also saw the crossing as a nuisance because of warning bells and train horns.

“Thanks to this latest grade crossing elimination milestone, this complex section of our rail system is now much safer for our customers and our staff, as well as motorists, cyclists, pedestrians in the communities we serve,” said Long Island Railroad president Phillip Eng. “The LIRR Expansion Project has always been about creating a safer, more convenient, and more robust railroad for the millions of people who use it each year.” 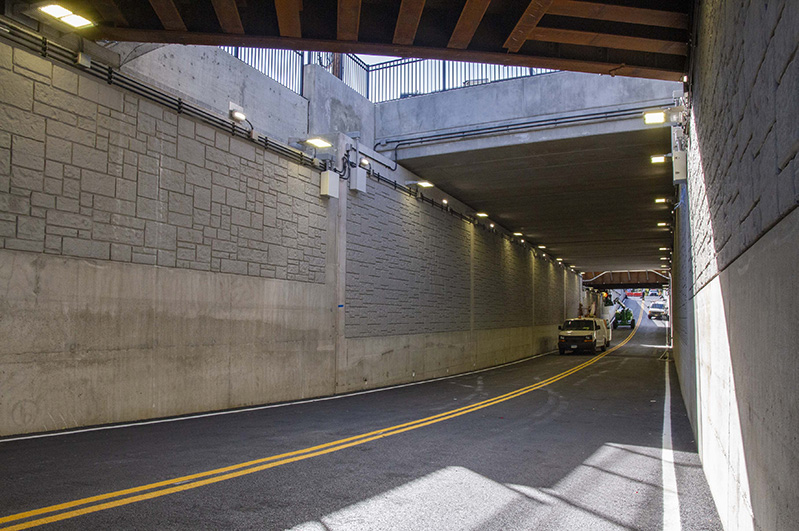 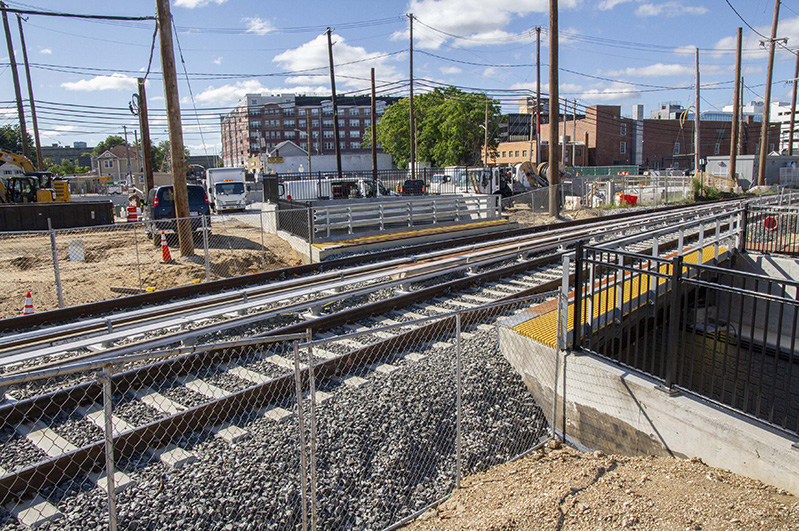 Completion of work at the Willis Avenue Station is the latest milestone of the Long Island Railroad’s Third Track Project, a $2.6 billion plan to construct a 10-mile-long third track between Floral Park and Hicksville stations. Despite fierce local opposition to the project, the project officially launched in 2016 with the promise of eliminating some of the most potentially hazardous and loudest street-level crossings.

“This major milestone in the LIRR expansion is another testament to our unbreakable determination as New Yorkers to pursue big, bold infrastructure projects even as we face the most unpredictable and overwhelming circumstances,” said Governor Kathy Hochul. “The Third Track project will be an invaluable asset in New York’s passenger rail network because it will make travel on the LIRR more convenient and safer while significantly expanding train capacity, and we are indebted to the members of our workforce who were onsite working hard to keep this project on schedule through the pandemic.”