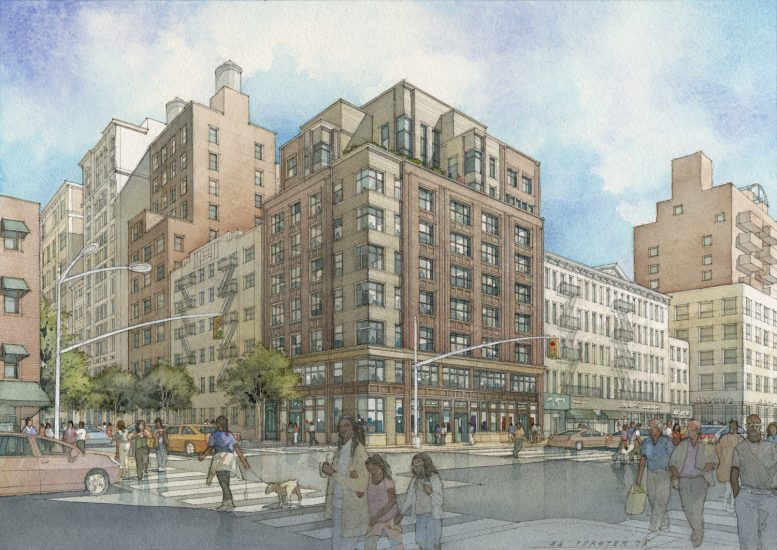 Permits have been filed for a nine-story mixed-use building at 207 Seventh Avenue in Chelsea, Manhattan. Also addressed as 170 West 22nd Street, the lot is at the southeast corner of West 22nd Street and Seventh Avenue. One block north is the 23rd Street subway station, serviced by the 1 train. New York City Department of Housing Preservation and Development is listed as the owner behind the applications. 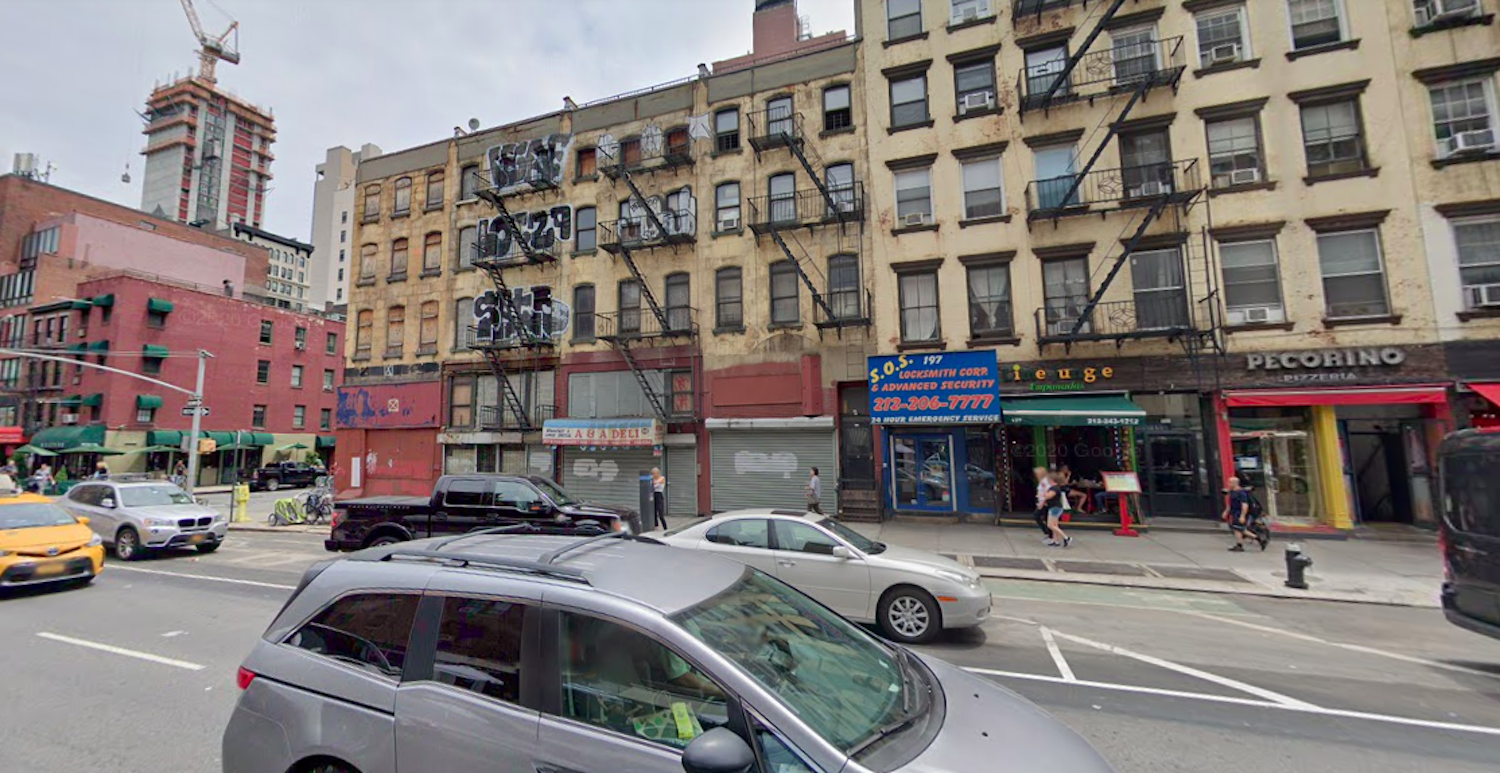 The proposed 85-foot-tall development will yield 30,859 square feet, with 20,214 square feet designated for residential space and 1,828 square feet for commercial space to be divided into three tenants. The building will have 26 residences, most likely rentals based on the average unit scope of 777 square feet. The concrete-based structure will have a mix of studios to three-bedroom units, as well as a courtyard, a rooftop garden, cellar, and recreation room. YIMBY previously reported that five units will be allocated to returning households, and the rest of the units will be for residents earning 160 percent of the area median income.

Amie Gross Architects is listed as the architect of record.

Demolition permits were filed in May of this year for the four adjacent mixed-use building on the site. An estimated completion date has not been announced.

9 Comments on "Permits Filed for 207 Seventh Avenue in Chelsea, Manhattan"