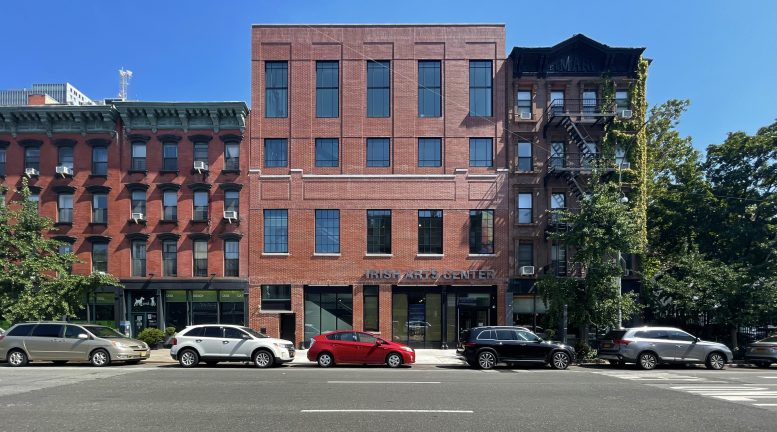 “The new Irish Arts Center is a dream realized and a tribute to the broad coalition of people in New York and Ireland who have brought it to life, at a time when we so eagerly need a place to come together with inspiration and hope,” said Irish Arts Center executive director Aidan Connolly. “But it’s only the beginning. Our opening season is a statement of promise and possibility. We invite artists and audiences of all backgrounds to see themselves in this welcoming new home.” 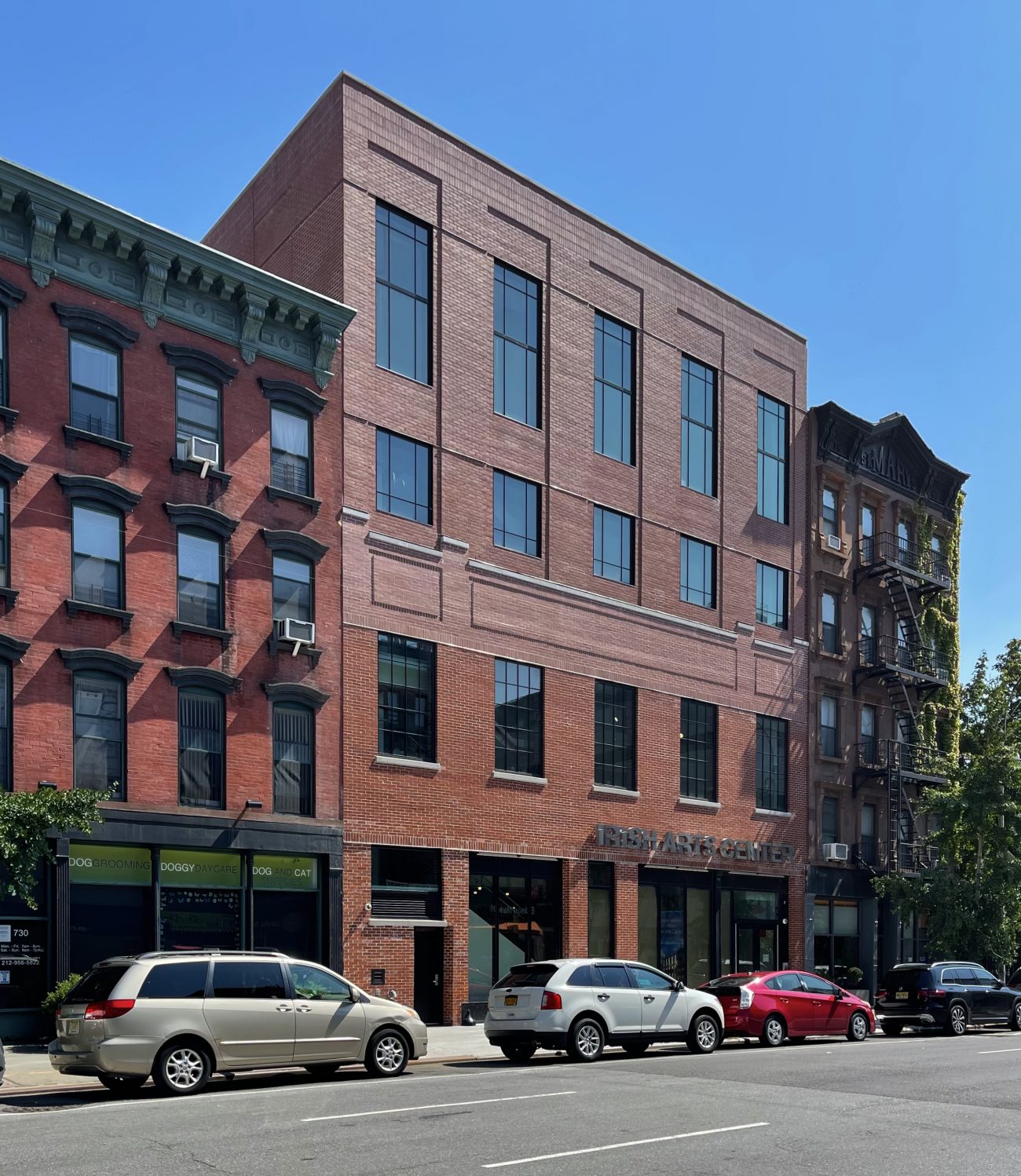 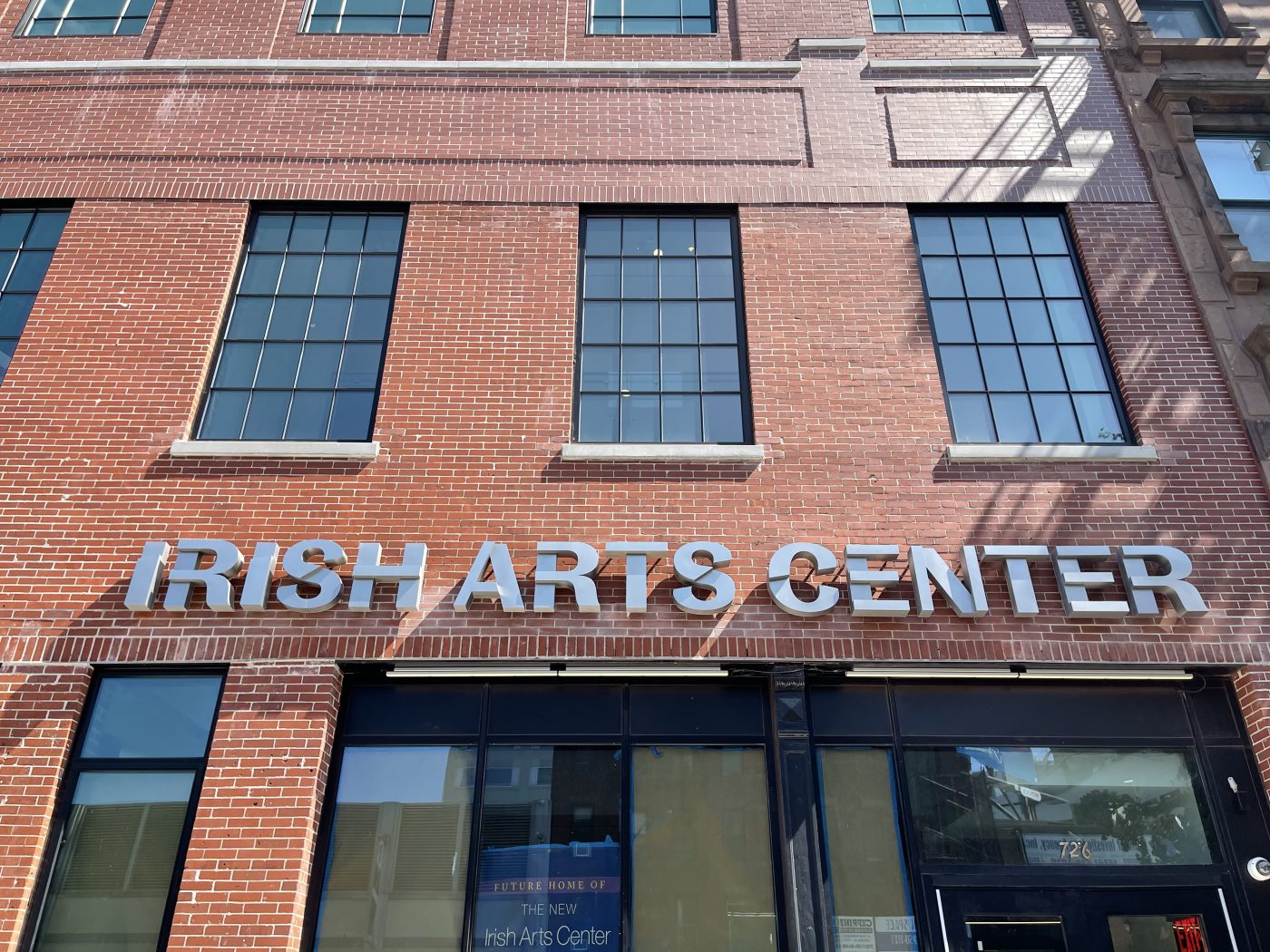 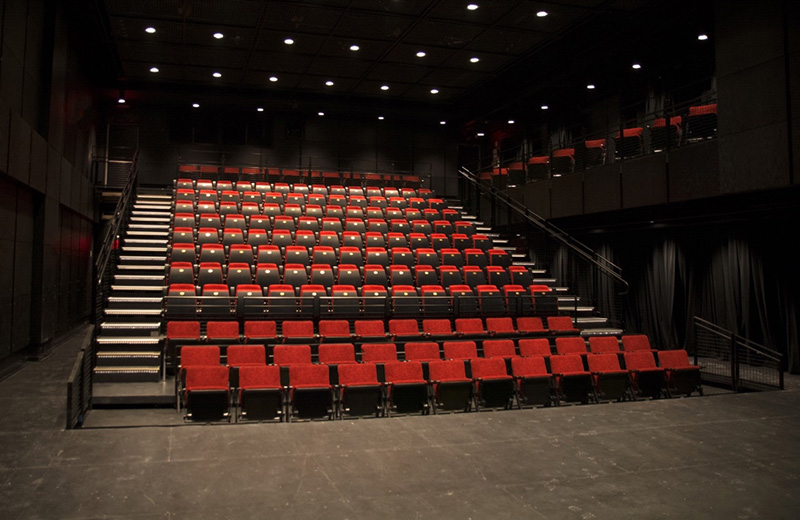 Founded in 1972, the Irish Arts Center was located in a three-story tenement building at 553 West 51st Street. In 2006, the organization began contemplating possible avenues of expansion and consulted hundreds of artists, local leaders, and private stakeholders to establish a new scope of programming and purpose in New York City’s vibrant Irish community.

During this time, the center slowly grew its annual budget from $690,000 to more than $4 million by 2020. It also secured more than $65 million in capital support from the City of New York, the State of New York, the Irish government, cultural and corporate foundations, and hundreds of private donors.

The center eventually retained Davis Brody Bond as architect of record to design the new building, which broke ground in 2019. Construction was completed earlier this fall.

“For more than four decades, the Irish Arts Center has provided a space to showcase Irish culture in New York,” said Michael D. Higgins, President of Ireland. “Now the Center begins a bold new chapter, in an impressive building that is a dynamic space for artists. I would like to congratulate all who worked so tirelessly to bring this new space into being and wish them every success.”

The premiere event for the inaugural season is musician Camille O’Sullivan’s Where Are We Now?, set to launch December 4. A full list of season programming is now available.