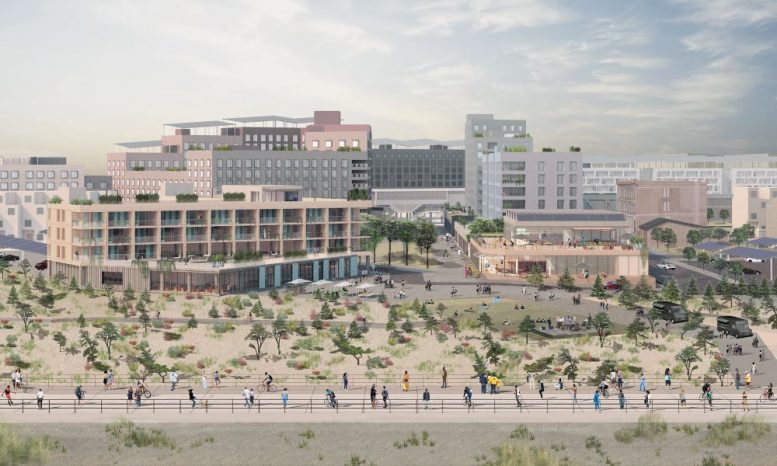 L+M Development Partners, Bluestone Organization and Triangle Equities have closed on $30.3 million in financing to complete the first phase of Arverne East, a forthcoming master-planned community in the Rockaways.

The entire community will occupy 116 acres spanning both Arverne and Edgemere sections of the Rockaway peninsula. Phase one of the development is located on a 35-acre nature preserve between Beach 44th Street and Beach 56th Place.

Designed by WXY, the scope of construction includes a new welcome center, a park ranger office, public restrooms, and a community center, all housed in a single building.

The community center will be owned and operated by RISE, a non-profit organization that provides civic engagement and youth development programs in the Rockaway area. The organization will also provide educational programming and collaborate with the New York City Department of Parks & Recreation to steward the nature preserve.

Renewable resources powering the building include geothermal technology and an extensive photovoltaic array that together will produce more power than is utilized by the building. Similar technologies will be deployed throughout Arverne East which is expected to debut as the city’s premiere net-zero energy community.

“As committed members of the Arverne and Edgemere communities for over a decade, we are proud to bring this site to life through a project that will set a new standard for sustainable and resilient development,” said senior director at L+M Development Partners Sara Levenson. “Arverne East will provide a host of long-awaited neighborhood resources and further support the economic revitalization of the central and eastern sections of the Rockaway Peninsula.” 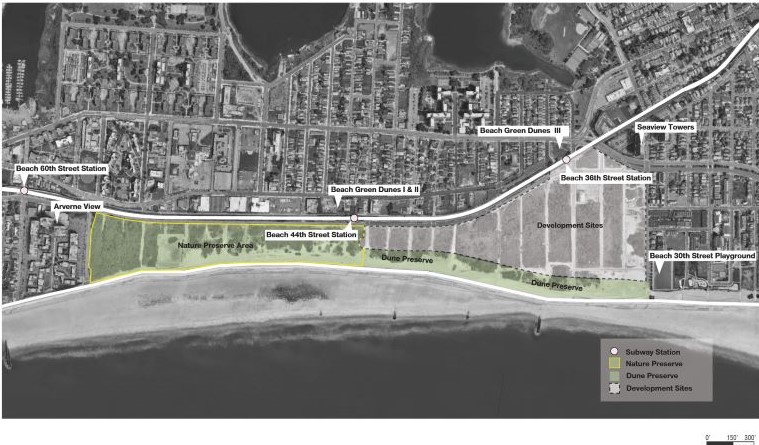 Arverne East is the result of a public-private partnership led by the New York City Department of Housing Preservation and Development. Originally approved in 1968, the Arverne Urban Renewal Plan was adopted to facilitate the removal of structurally substandard housing for development of new low- and moderate-income housing. In the early 1970s, the city acquired and cleared most of the Urban Renewal Area for redevelopment. Since then, the site has sat predominately vacant.

The project then received Uniform Land Use Review Procedure (ULURP) approval in 2003.

“In moving forward with this long-envisioned plan for Arverne East, we are ushering in a more resilient and inclusive future for the Rockaways community,” said HPD commissioner Louise Carroll. “More than 1,300 affordable homes will follow this nature preserve, breathing new life into a site that has gone undeveloped and unused for decades.” 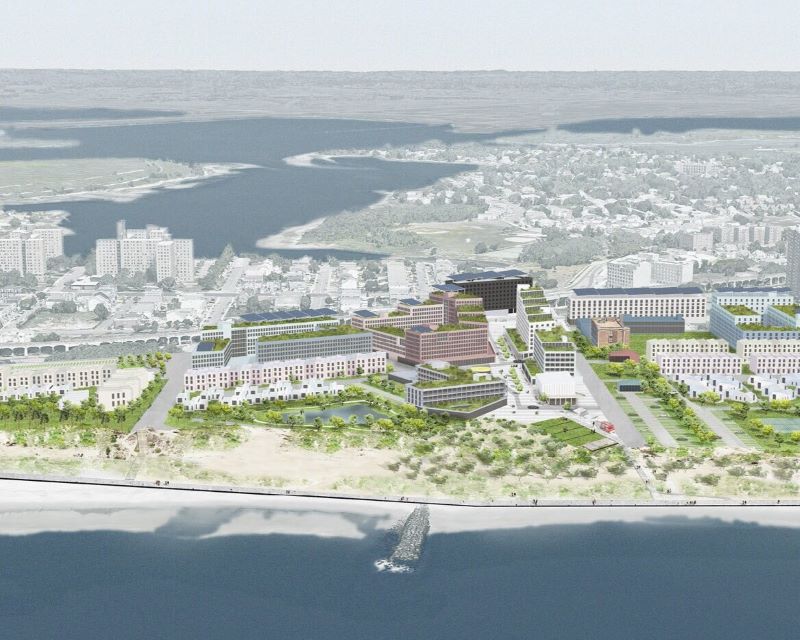 The overall development will eventually create 1,650 apartments, a diverse mix of local retail and dining destinations, a community center, and numerous public outdoor spaces. When complete, 80 percent of the residential volume will be designated as affordable housing. This will include approximately 1,320 units affordable reserved for the formerly homeless, low, moderate, and middle-income households. The remainder, around 330 units, will be leased at market rate.

Plans also specify the creation of one parking space for every housing unit created.

“I am pleased to see the Arverne East project staying on schedule as the first phase is approaching its final stages,” said New York state senator Joseph P. Addabbo Jr. “This project is extremely important to the development of Arverne by getting rid of the vacant properties which have been a blight to the community, it creates jobs through the construction of the project and with the new retail space that will be coming.”

The development’s commercial corridor connects the 36th Street A train subway station to the beach and will be anchored by a new full production brewery and restaurant operated by the Rockaway Brewing Company, as well as a 60,000-square-foot beachfront hotel.

All of the new buildings will be elevated three to eight feet above grade to help protect against rising sea levels, storm surges, and groundwater flooding. At this elevation, the structures will sit higher than the flood waters of Superstorm Sandy and exceed the New York City-required Design Flood Elevation by four feet. Water management strategies also include the use of rainwater for on-site irrigation, and indigenous plantings to both beautify and create storm buffers for the area.

7 Comments on "Developers Close on $30.3M Financial Package to Complete ‘Arverne East’ in The Rockaways"