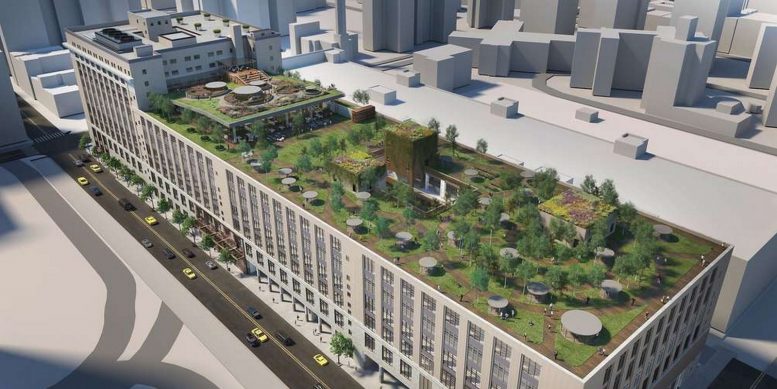 Construction is progressing on Manhattan’s largest outdoor roof deck atop the ten-story 341 Ninth Avenue in West Chelsea. Tishman Speyer and the United States Post Office are working together to redevelop the 2.2-million-square-foot building, known as the Morgan North Postal Facility, which was originally completed in 1933 and occupies a full block from Ninth to Tenth Avenues and West 29th to West 30th Streets. Upon completion, the structure will not only boast a 2.5-acre landscaped rooftop, but also more than 5,000 square feet of ground-floor retail along Ninth Avenue and newly renovated and modernized office floors. CBRE represented USPS in prior negotiations with Tishman Speyer for the project. King Contracting Group is handling the removal and replacement of the main roof on the seventh floor, totaling 150,000 square feet.

Aerial photographs looking down at the expansive rectangular roof show what appears to be the outlines of the future garden beds and winding paths across the space. 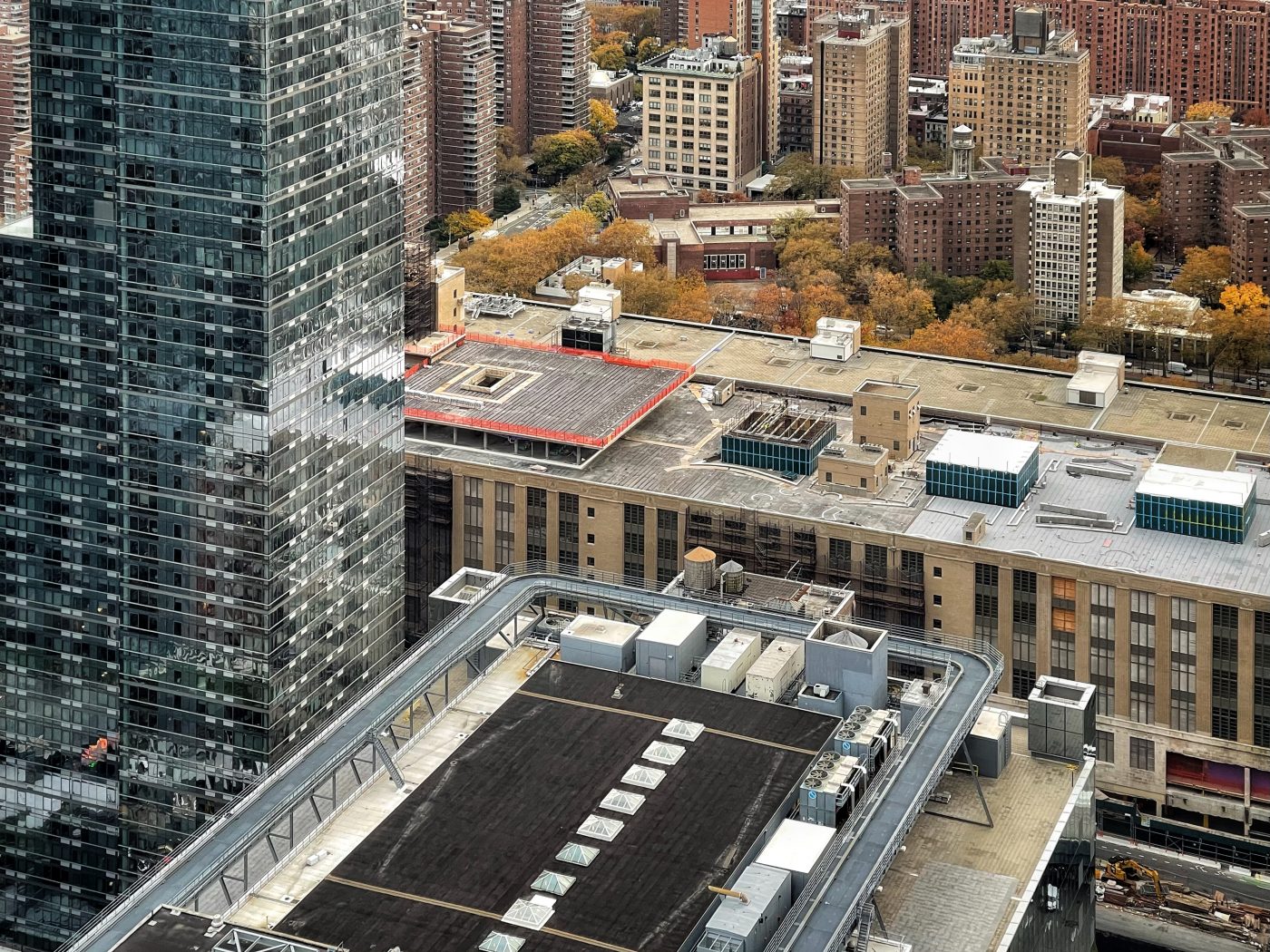 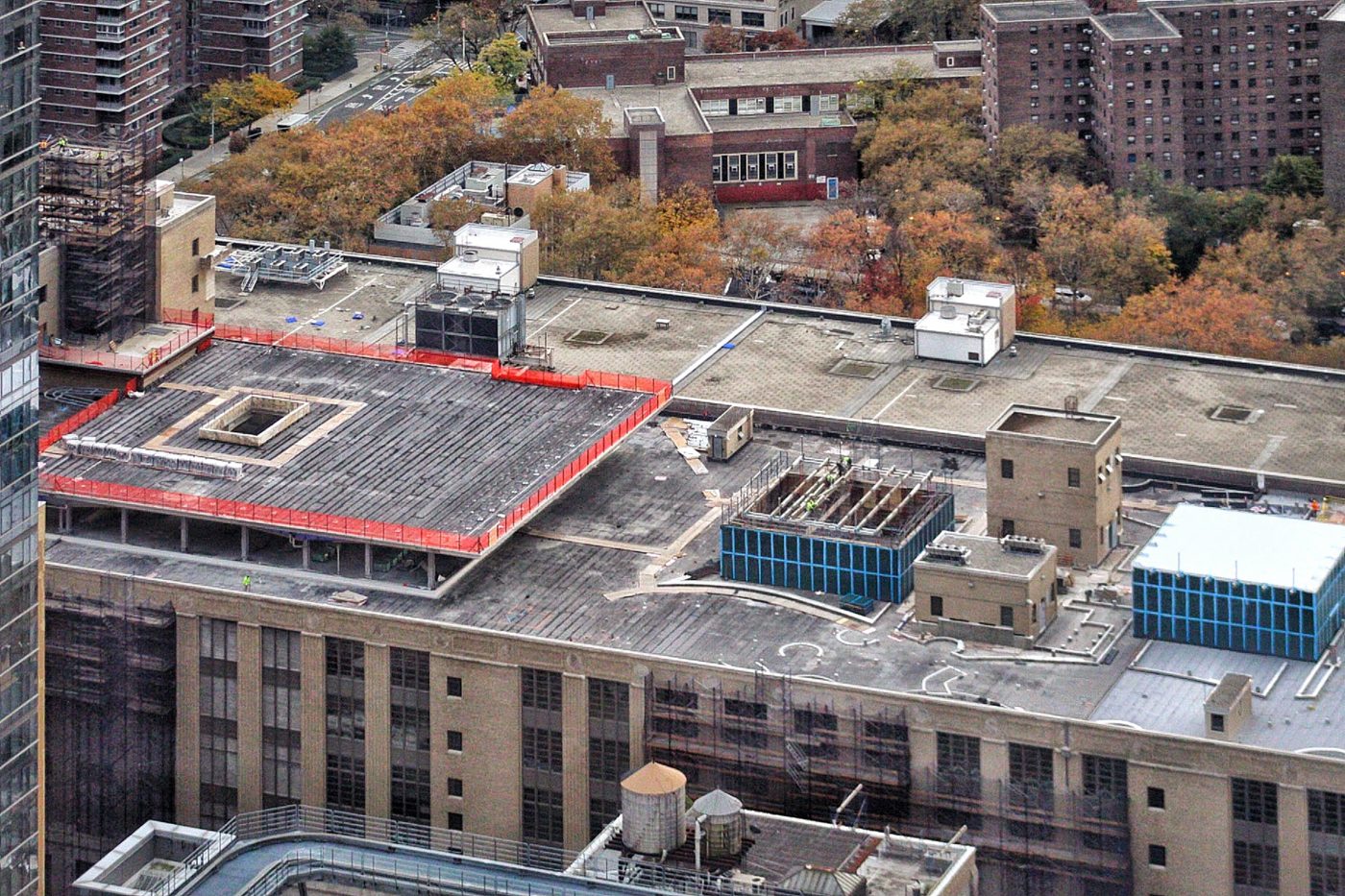 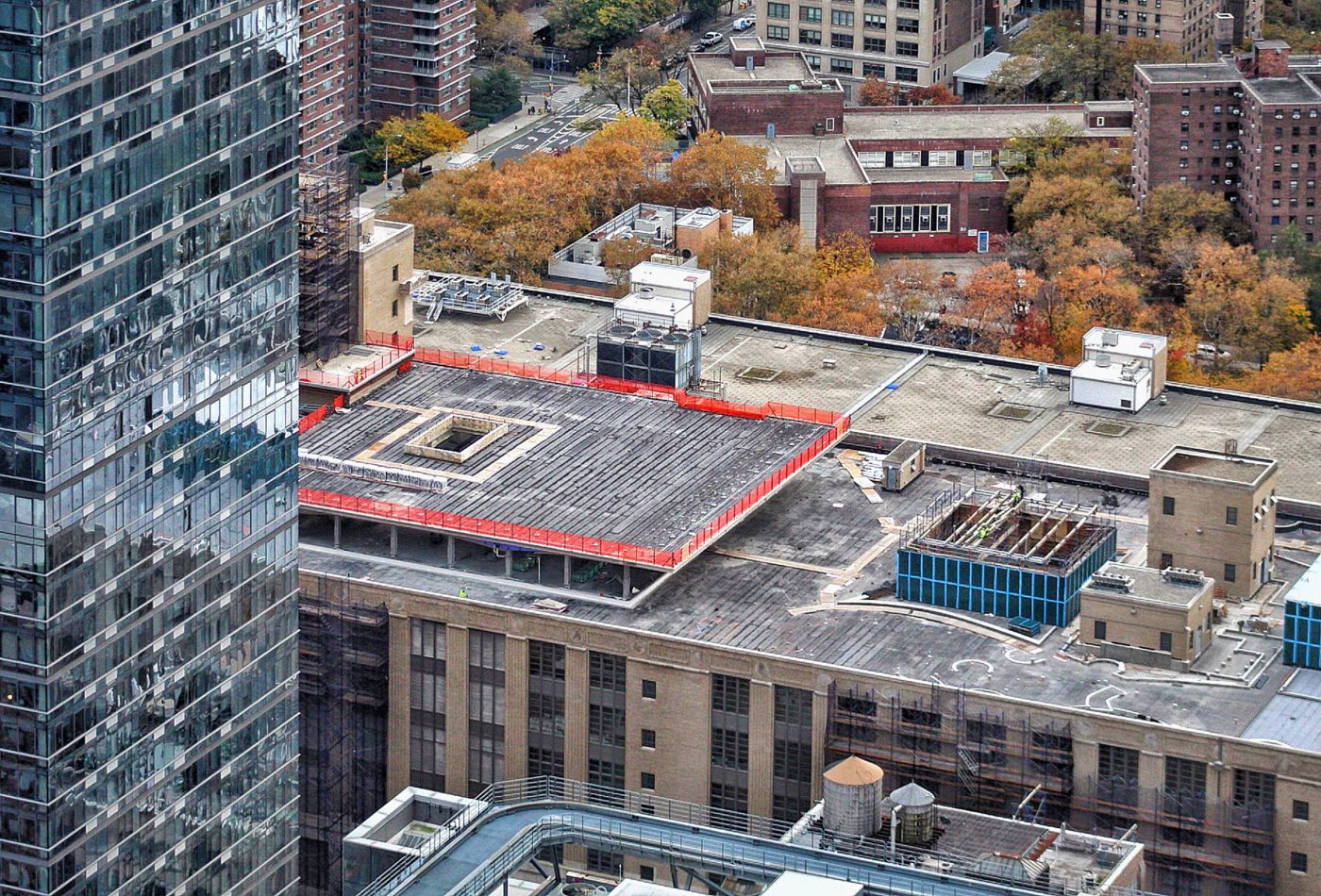 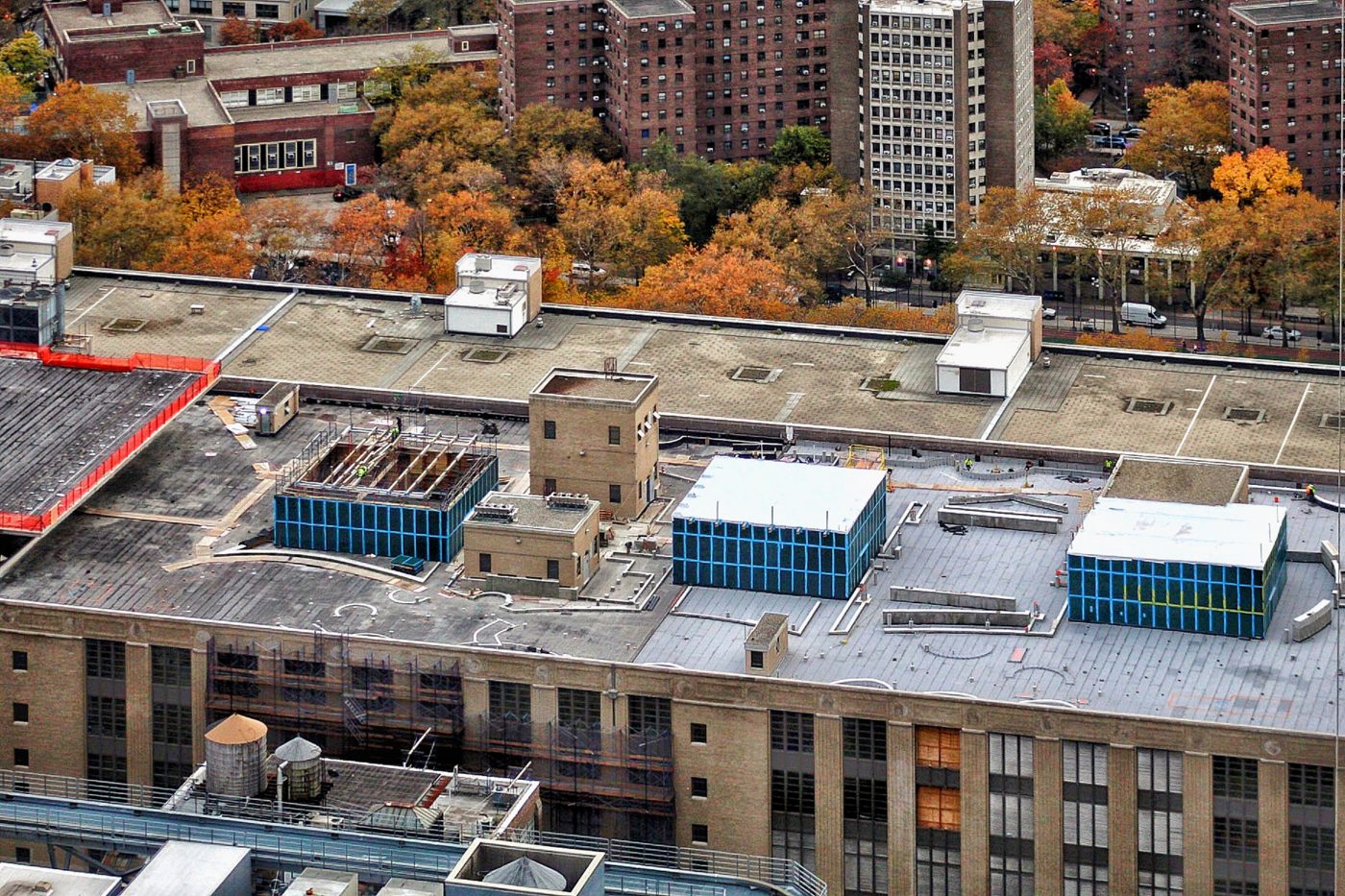 The USPS will continue to operate on the bottom four floors of the building, which is one of the largest mail-processing facilities in the nation and features a bridge to the Postal Service’s Morgan South facility across 29th Street. This annex was built in 1992 and is not part of the deal. Inside the main Art Deco-style structure will be a thorough renovation of floors five through ten, which were vacant at the time of the approved 99-year lease agreement. Office tenants will have access to three dedicated lobbies and elevator banks positioned along Ninth Avenue, West 30th Street, and Tenth Avenue. Floors five and six will have floor plates spanning more than 200,000 square feet each, a measurement that is rarely seen in New York City and in only a handful of existing properties. Floor seven will yield 78,000 square feet and open onto the roof deck. 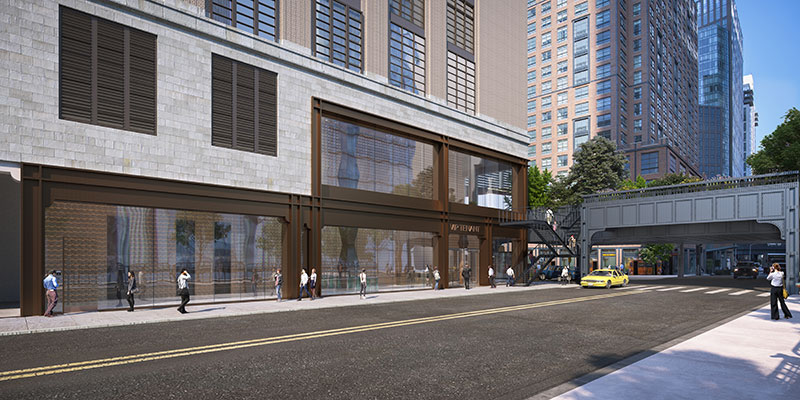 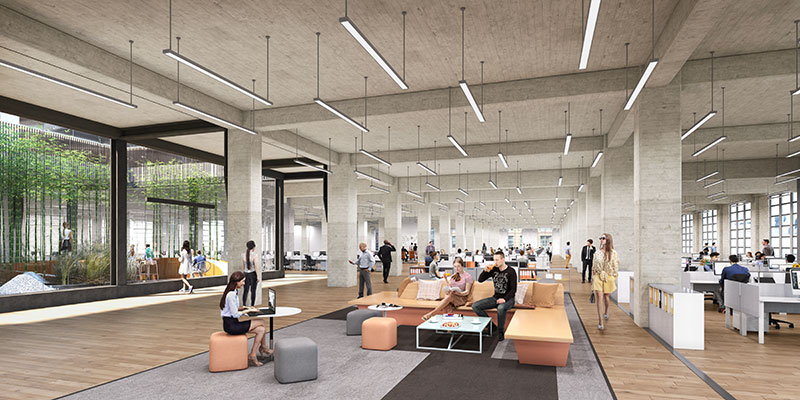 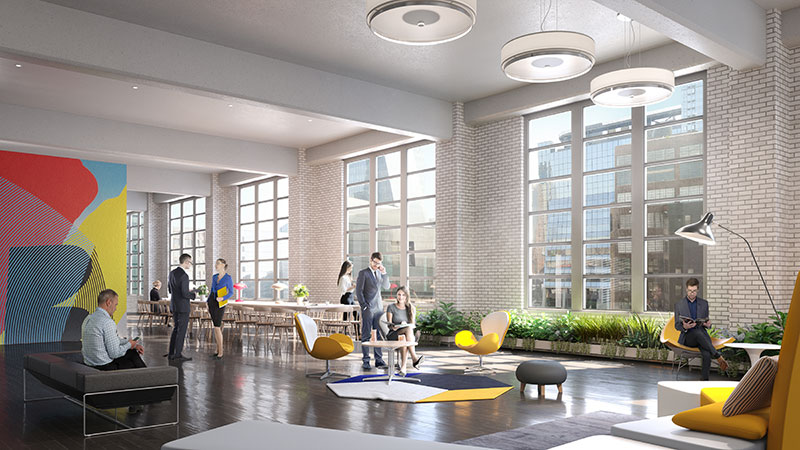 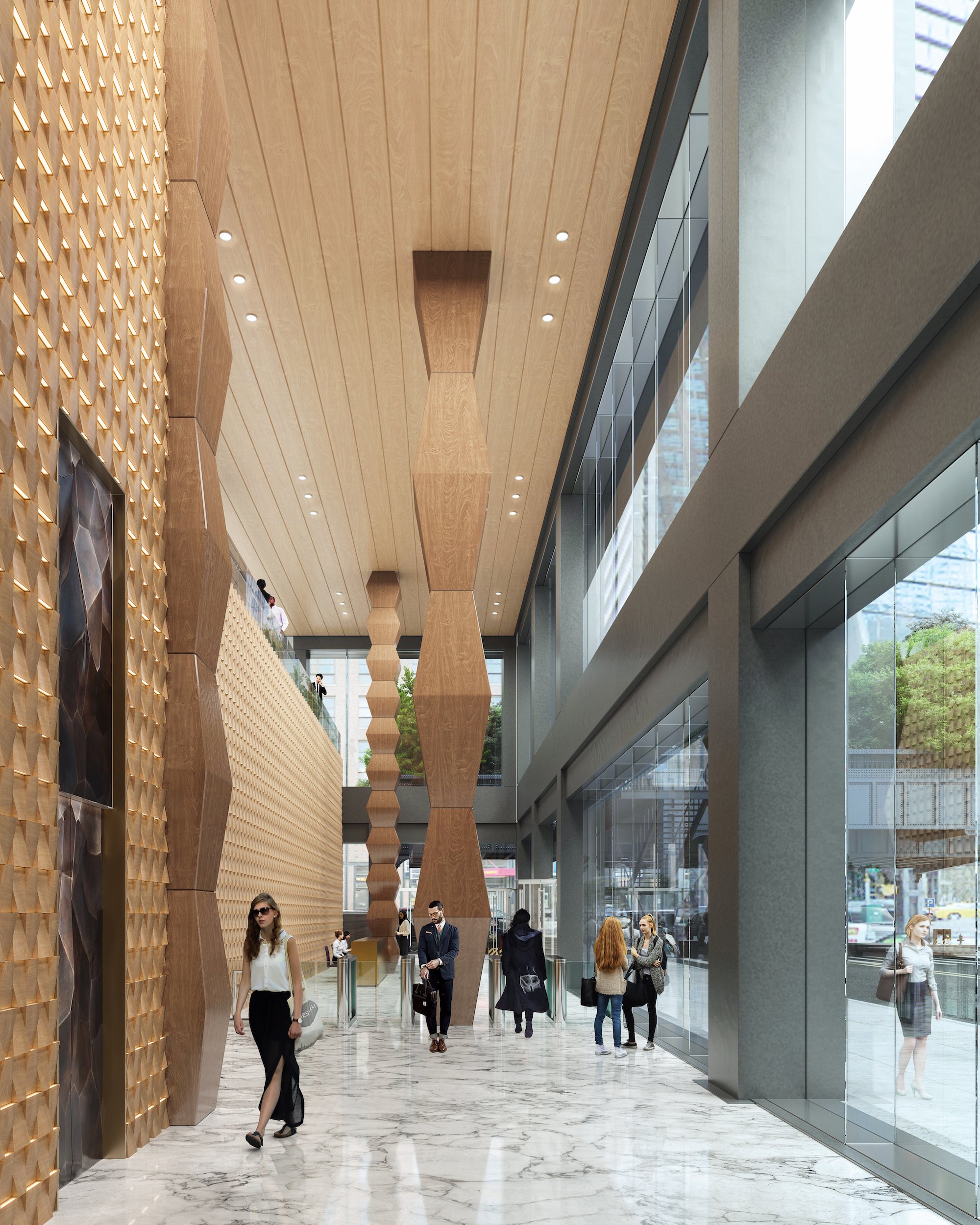 The upper three levels will have floor plates of approximately 48,000 square feet with the eighth floor opening onto a smaller rooftop terrace overlooking the larger one. 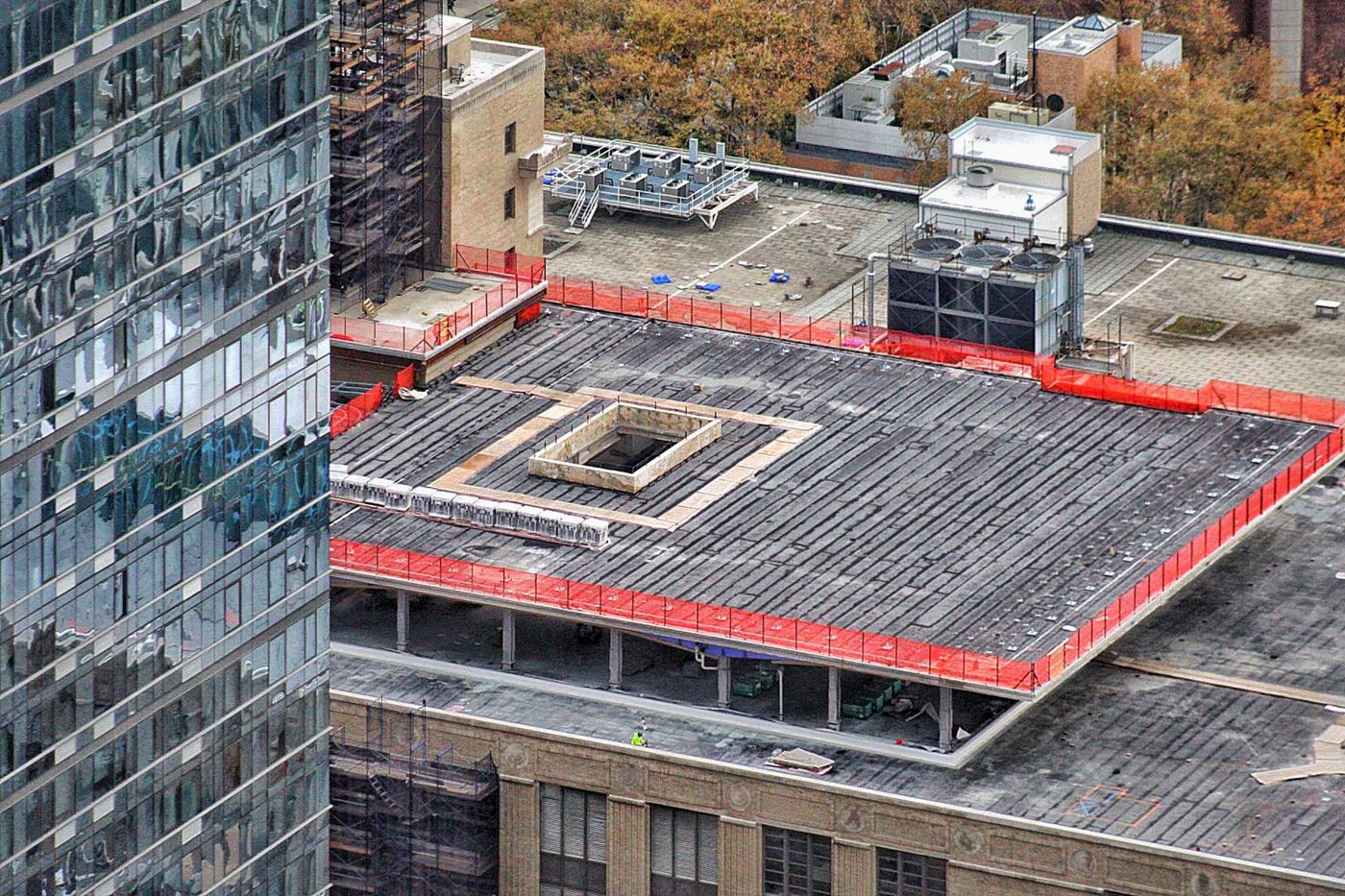 Completion of the redevelopment at 341 Ninth Avenue is expected by mid-2022.