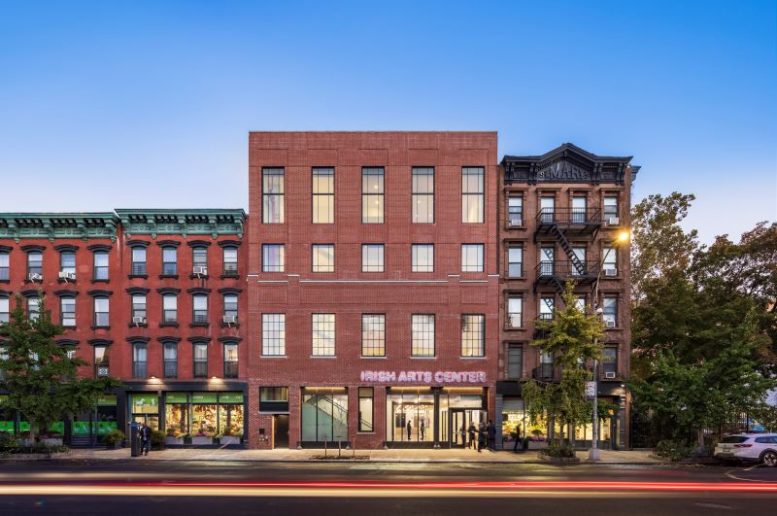 Before the new building was completed, the former Irish Arts Center operated out of a three-story converted tenement building with a modest performance space on the ground floor. To expand its operations, the center purchased an adjacent building on Eleventh Avenue and joined them to form a unified four-story structure under the direction of Davis Brody Bond.

“When I first visited the old Irish Arts Center in 2009, this new building existed only in the imagination,” said Ireland’s Prime Minister Micheál Martin. “The Government of Ireland is proud to have supported this new building, which is a new cultural landmark in New York, a celebration of Ireland-US relations and a platform for creativity, innovation, and diversity.” 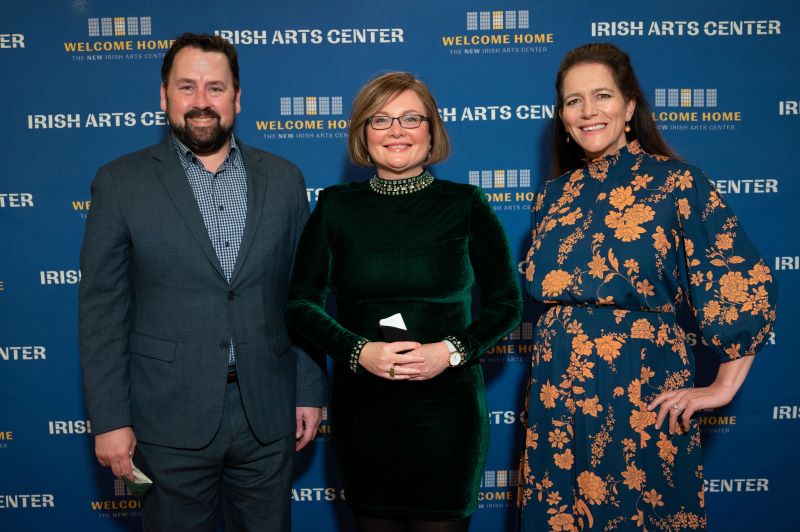 Today, the new Irish Arts Center boasts a 199-seat theater and a second, more intimate 99-seat performance space, as well as multiple classrooms, exhibition and gallery areas, and a cafe. Scheduled performances include a mix of dance, spoken word, plays and musicals, film, and comedy, all with a focus on Irish-born and descended artists. 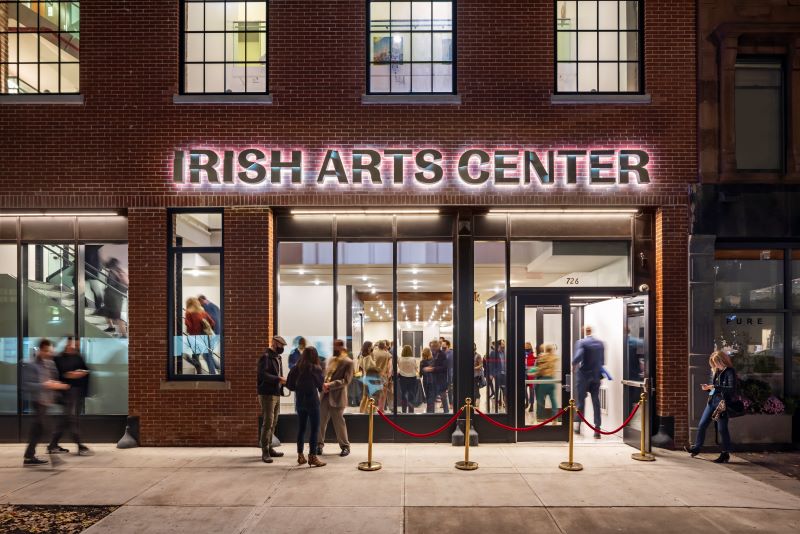 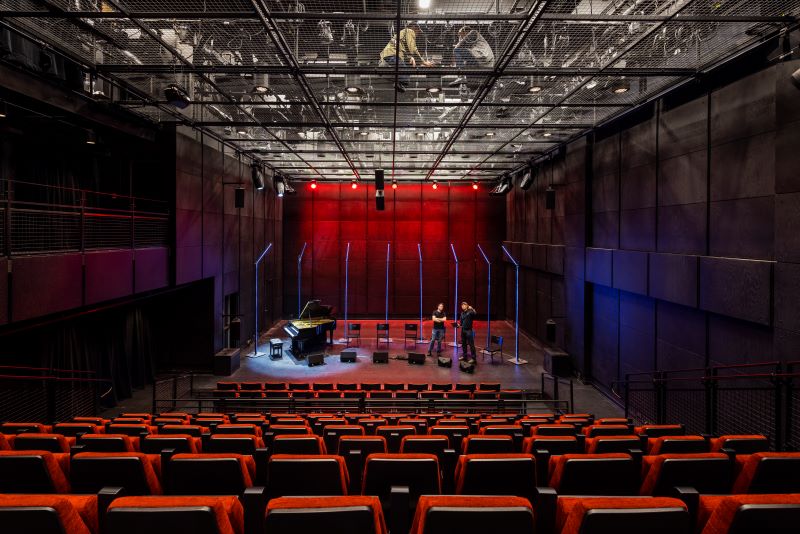 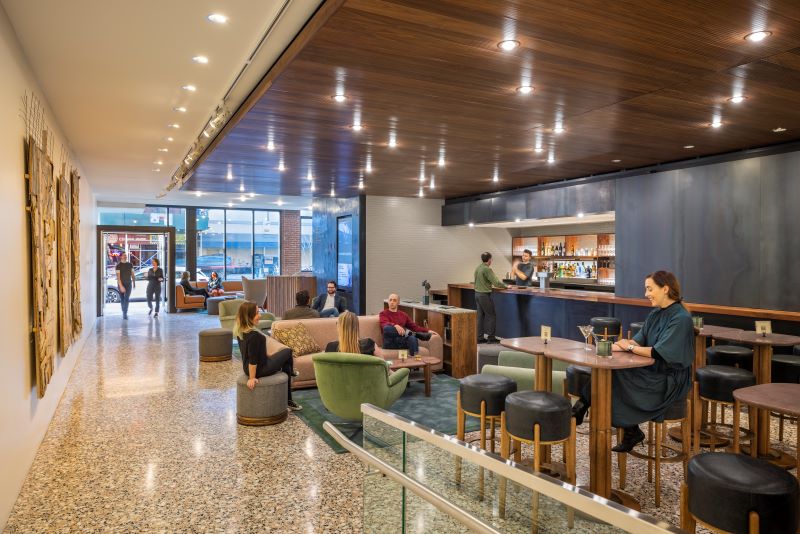 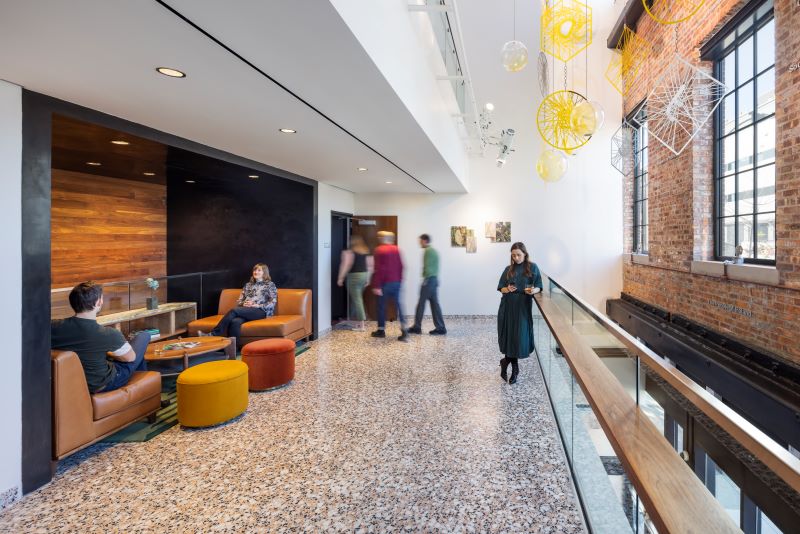 “As architects, we embraced the challenge of preserving and incorporating the original brick façade of a relatively unassuming two-story garage, knowing this would seamlessly knit the new building into an intact streetscape of pre-war buildings,” said Davis Brody Bond partner Carl Krebs. “Exposing the garage’s rough construction brick on the interior of the building also reveals a connection to the New York tradition of repurposing industrial spaces as incubators for the arts.”