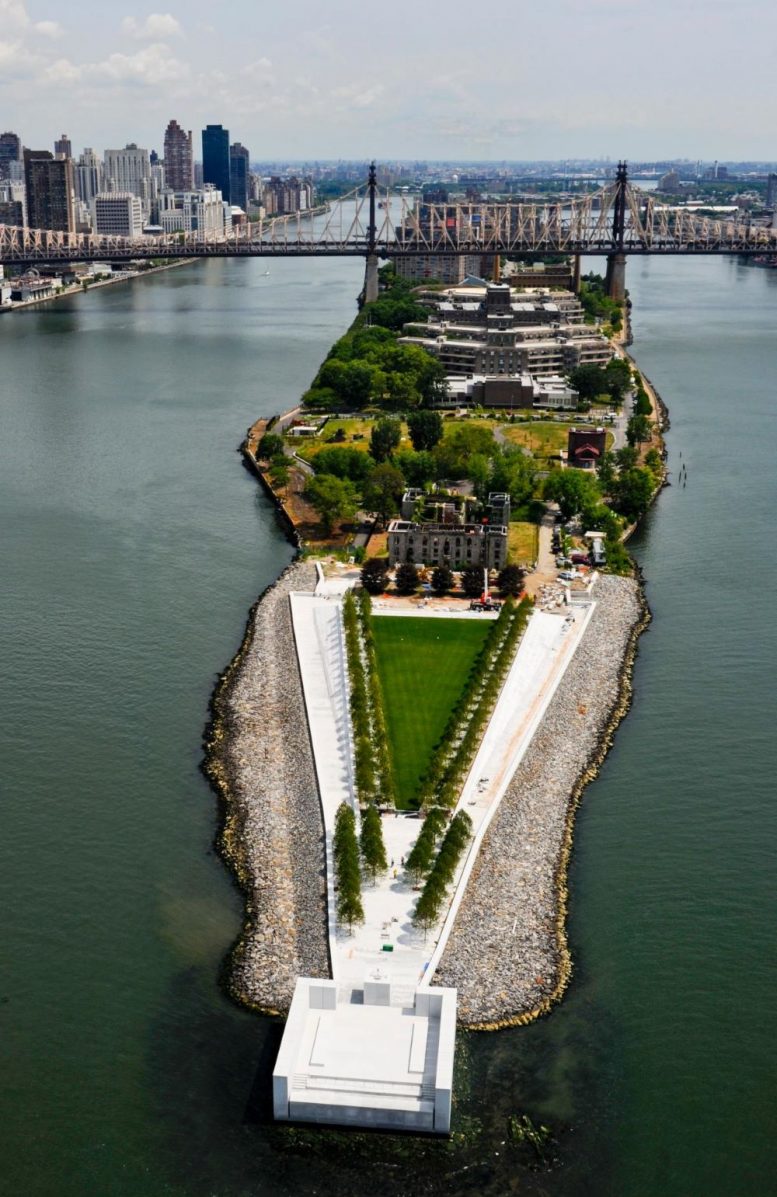 The Roosevelt Island Operating Corporation has completed a major expansion of Southpoint Park, a waterfront public park on the southeast tip of Roosevelt Island. The $11 million revitalization project expands the island’s lookout points with pathways and native vegetation, and strengthens the shoreline against future storm damage.

The revitalization project began in July 2020, and according to the project team, was finished ahead of schedule and under budget.

“The reality is that we’re seeing more cases of extreme weather caused by climate change wreaking havoc on our communities, and we need to build up resiliency to this threat,” said New York Governor Kathy Hochul. “Not only will Southpoint Park’s new promenades offer amazing views and access to Roosevelt Island’s rich history, but the improvements made to the shoreline will help ensure the island is protected from the impacts of extreme weather for years to come.” 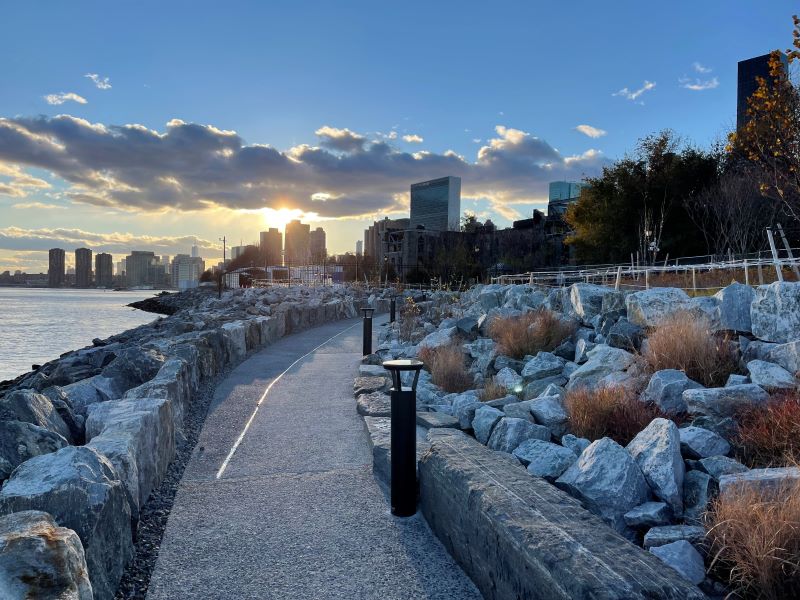 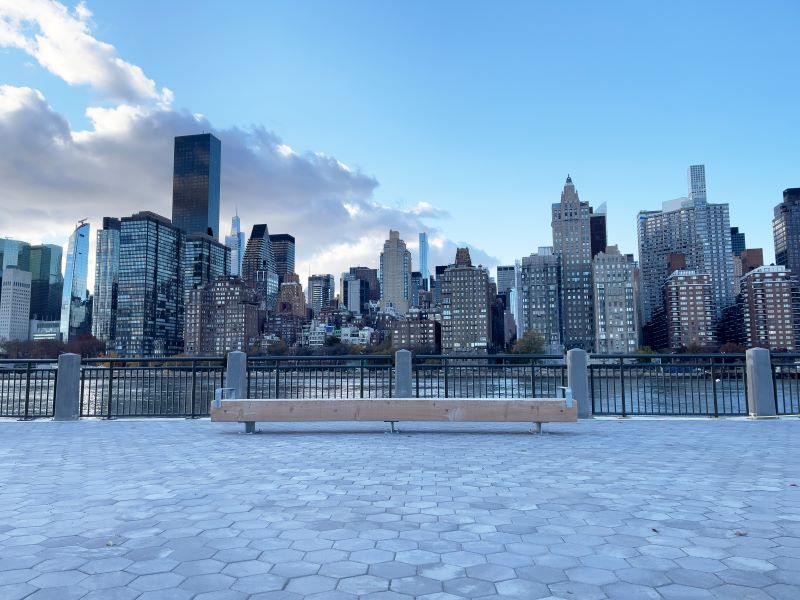 View of the Manhattan skyline from Roosevelt Island’s Southpoint Park 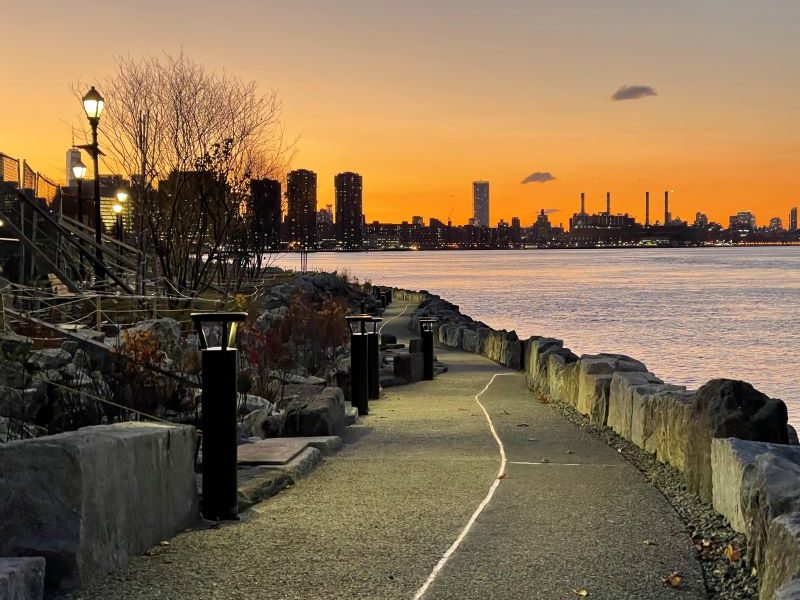 “Superstorm Sandy showed us how real and devastating climate change can be,” said president and CEO of Roosevelt Island Operating Corporation Shelton J. Haynes. “The mitigation efforts we took to protect and reinforce Southpoint Park’s shoreline were necessary and forward-thinking. The bonus is, we have created a holistic waterfront oasis at the same time—something we are very proud of and looking forward to our residents and visitors enjoying.” 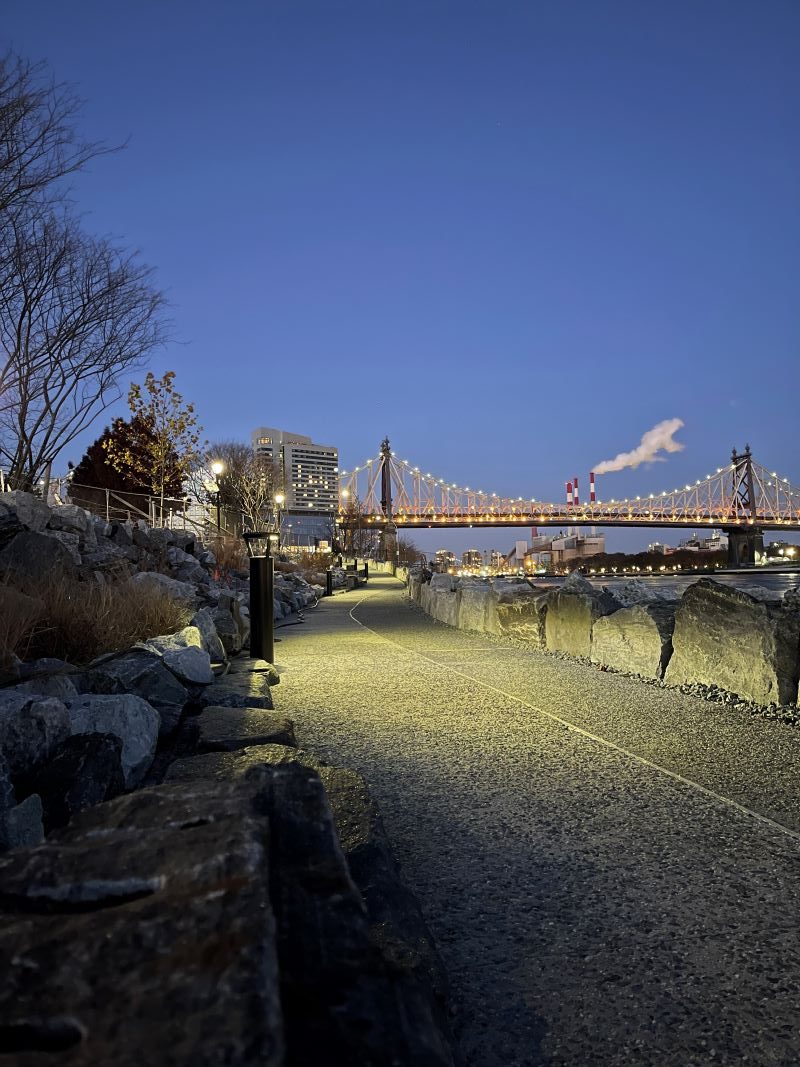