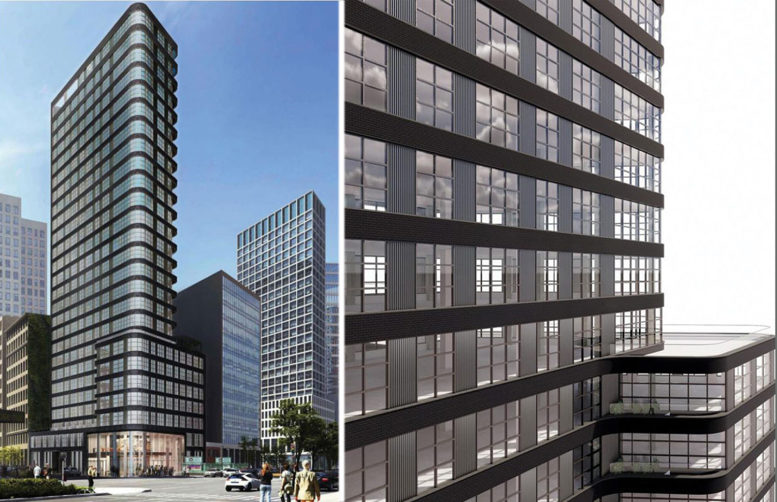 Construction has reached street level on 1841 Broadway, a 25-story, 281-foot-tall residential building on Manhattan’s Upper West Side. Designed by INC Architecture & Design and developed by Global Holdings Management Group, the 180,813-square-foot edifice will yield 173 market-rate and affordable housing units as well as 11,741 square feet of retail space on the first two levels. Pavarini McGovern, LLC is the general contractor and DeSimone Consulting Engineers is the façade consultant for the project, which is located at the corner of Broadway and West 60th Street, just north of Columbus Circle and the southwestern corner of Central Park.

Excavation was still progressing at the time of our last update in early September. Since then, the foundations have been completed and preparations are underway for the imminent rise of the concrete core. Recent photos show workers around the core of the structure with steel rebar protruding at the locations of the inner walls. 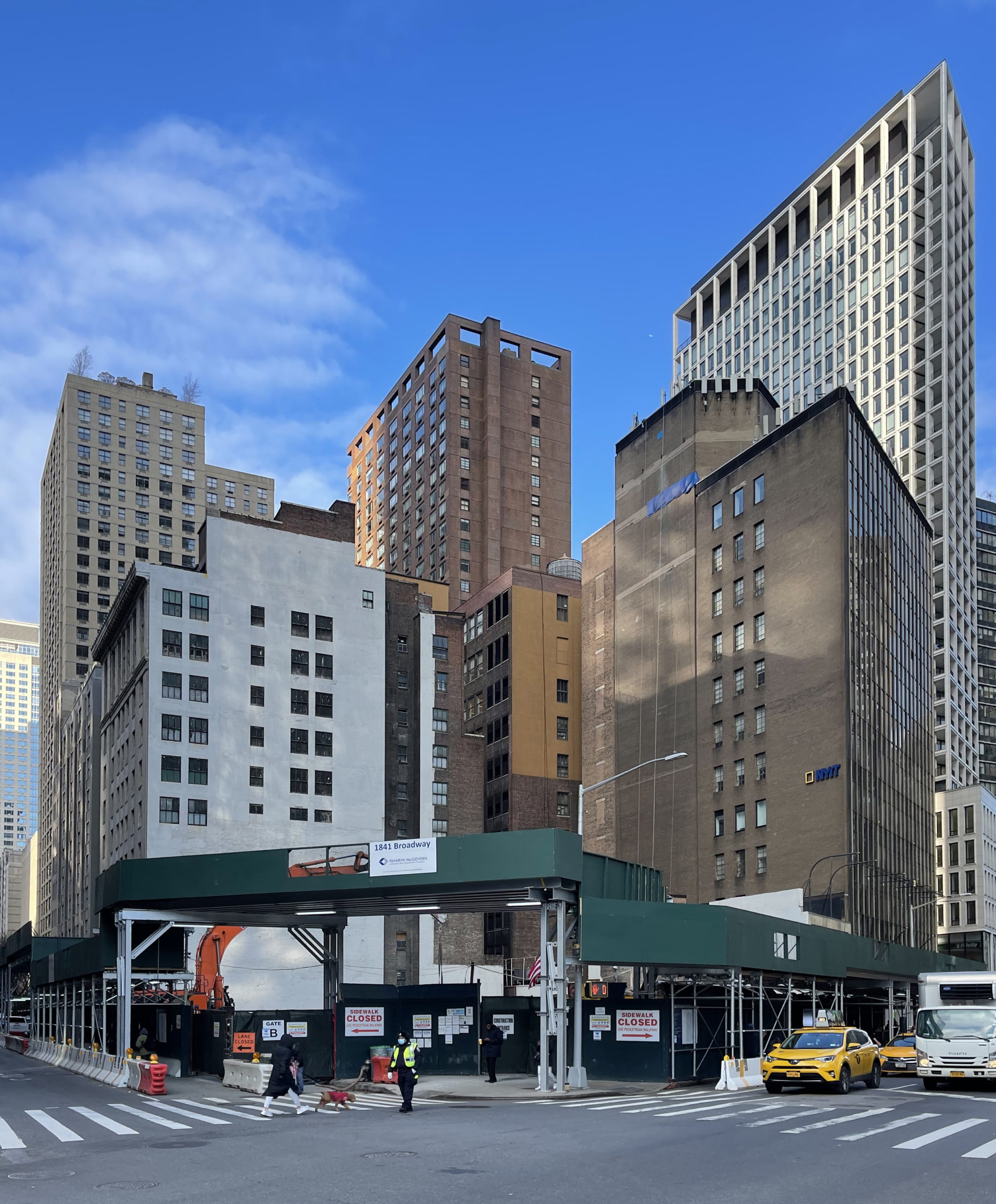 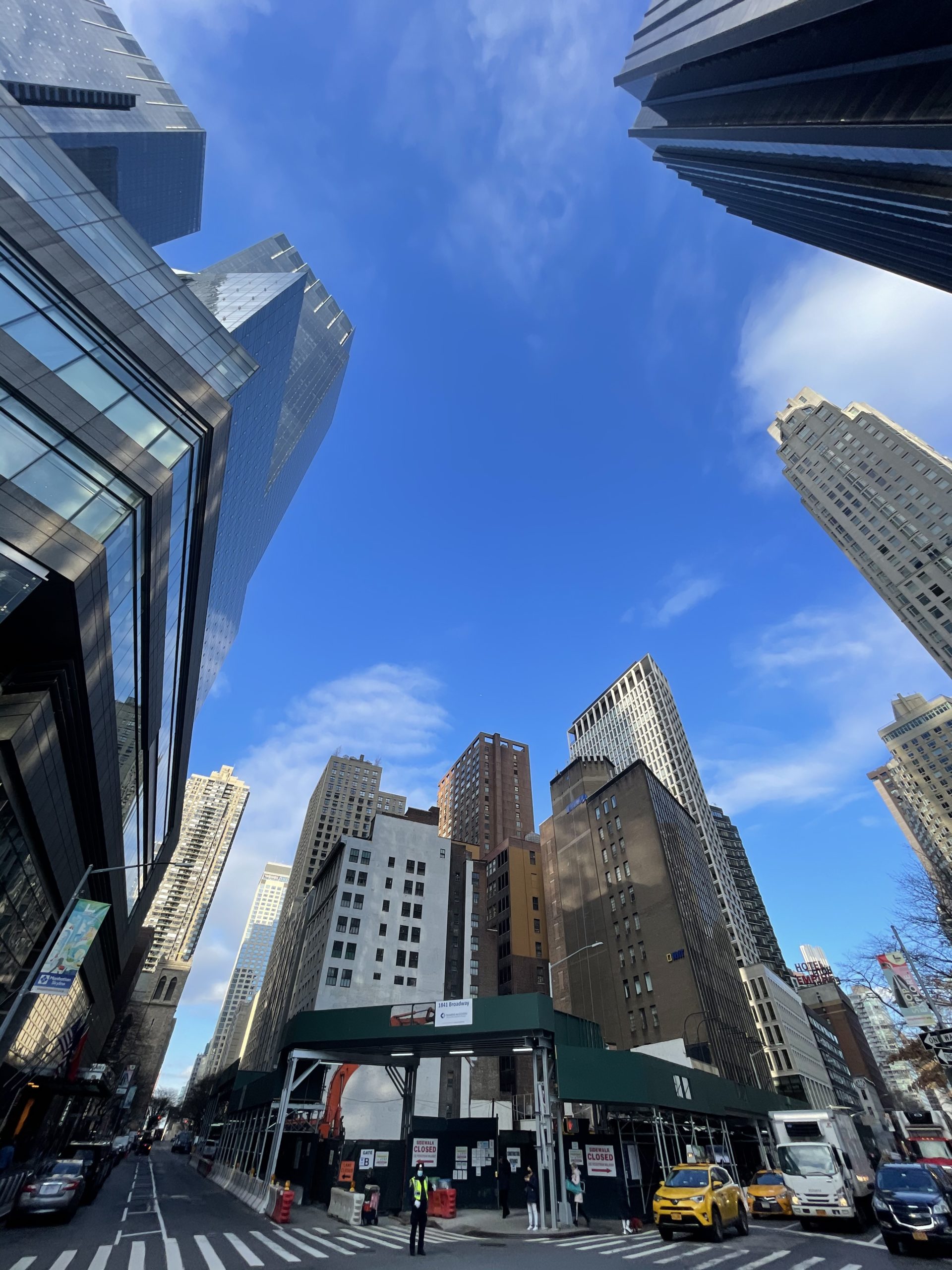 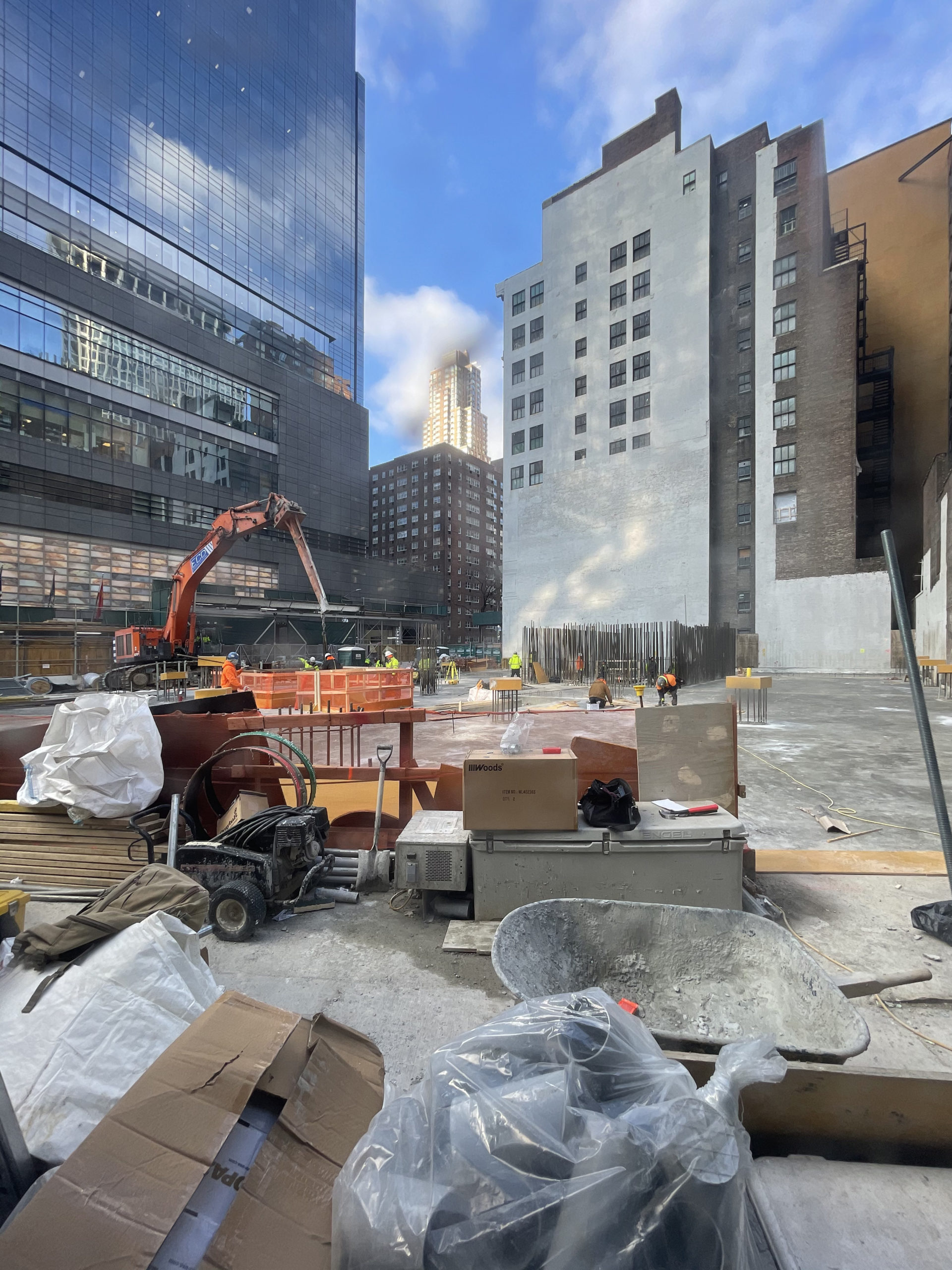 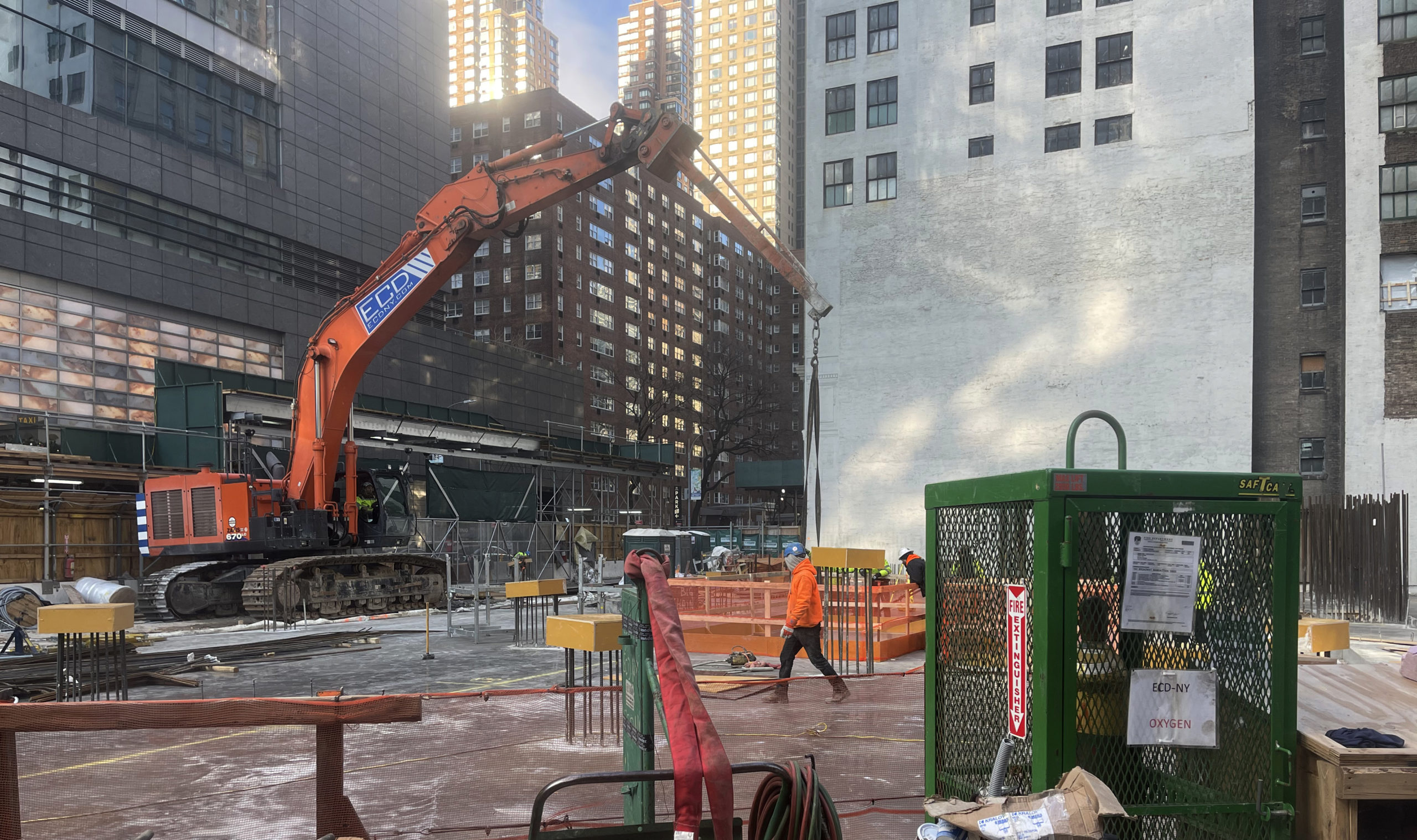 New exterior renderings have also been released that give a better impression of the building’s appearance. Expanding upon the previously revealed massing diagram, the new renderings illustrate the rounded corners on the north- and southeast corners of the structure, with the former appearing to contain outdoor balconies. The overall façade is composed of a mix of glass interspersed with vertical pleated panels and black brick bands that wrap around each level. The largest windows are housed on the rounded southern corner of the superstructure. Retail space is shown with high ceilings and clearer glass on the first two levels of the podium. Amenities and mechanical space will sit within the sub-cellar and cellar levels of the property. 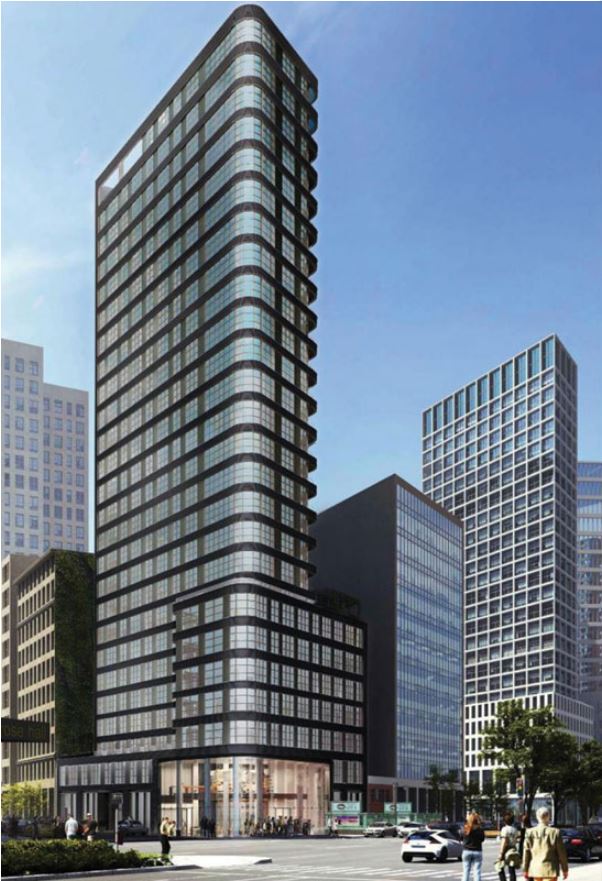 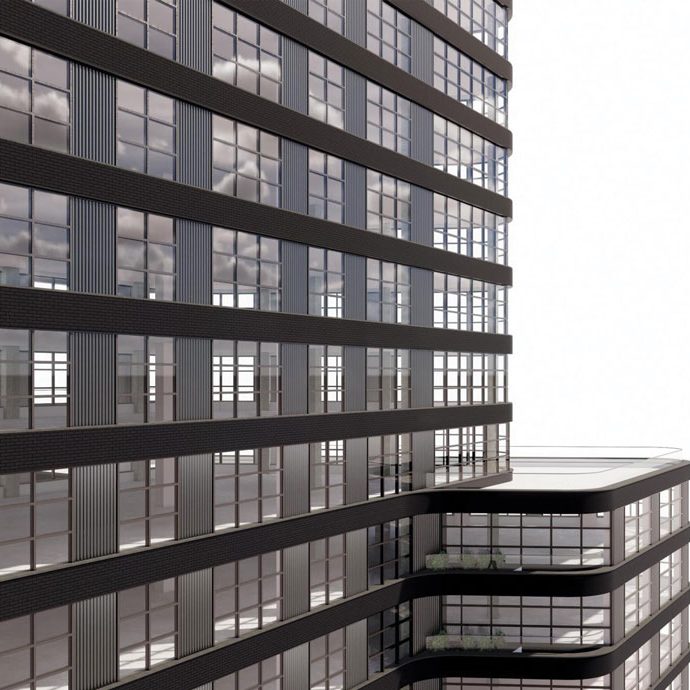 Given its modest height and relatively simple massing, 1841 Broadway should rise swiftly and perhaps even top out before the end of 2022. The project is slated to be finished in the fall of 2023, as noted on the construction board.