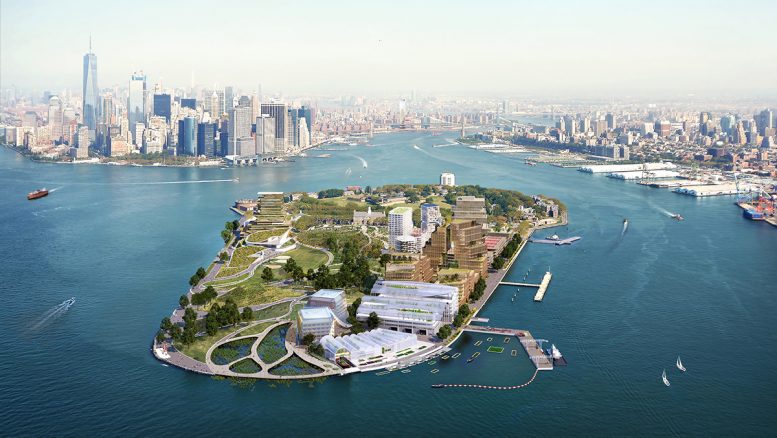 The Trust for Governors Island has revealed four universities and design teams that will move forward in a design competition to construct and operate a new climate research and educational complex on the southern tip of the island. The complex will debut as the Center for Climate Solutions and will support the research, development, and demonstration of equitable climate solutions for New York City that can be scaled and applied globally.

The four semi-finalist teams are from Massachusetts Institute of Technology (MIT), Northeastern University, Stony Brook University, and a joint submission from The City University of New York (CUNY) and The New School. As the final phase of The Trust’s global search for an anchored institutional partner, the finalists now have a chance to further refine proposed curriculum and research programs, facility design, phasing, team members, and structure.

When complete, the Center for Climate Solutions is expected to create 7,000 permanent jobs on Governors Island alone and generate nearly $1 billion for the City of New York.

“New York City is facing some of the most complex climate adaptation challenges in the world,” said Kizzy Charles-Guzman, executive director of the NYC Mayor’s Office of Climate and Environmental Justice. “The Center for Climate Solutions will bring together actionable science, community-based partnerships, and innovative and equitable solutions to communities on the frontline of the climate crisis.”

Mayor Eric Adams and The Trust have formed an advisory committee to review responses from the finalists. These are due July 27, 2022. Once received, the responses will be shared with the public for input which will be considered before the winning team is selected.

“The Center for Climate Solutions on Governors Island will position New York City as the worldwide leader in developing solutions to the crisis of our time while creating thousands of new jobs to fuel our city’s post-COVID recovery,” said Maria Torres-Springer, deputy mayor for economic and workforce development. “The newly created Climate Center Advisory Committee is made up of experts in their field that are committed to the long-term health of our city and our planet, and we look forward to their guidance as we enter the next phase of this process.”

Conceptual renderings of the center were revealed in September 2020 and credited to WXY architecture + urban design. The Trust worked with West 8 to develop the overall island masterplan and rezoning proposals needed to kick off the request for proposals and redevelopment of the island. The illustration included an anchoring research facility, a laboratory, flexible meeting and event spaces, dormitories, and green spaces for public use.

It is unclear whether these renderings depict what the public can expect for the proposed campus. 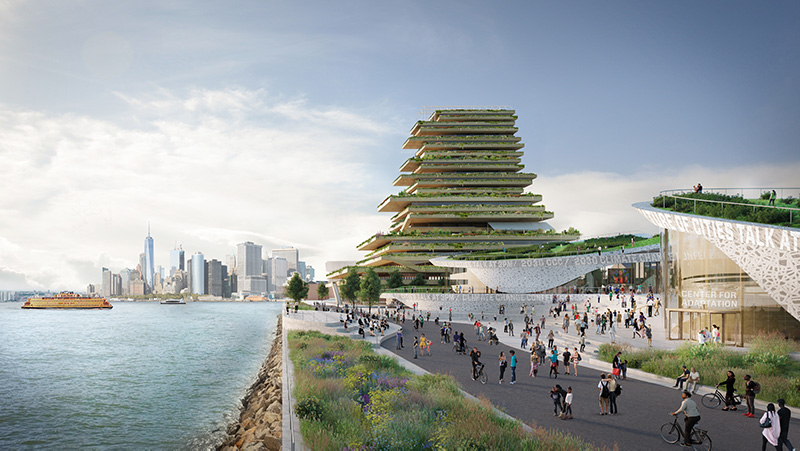 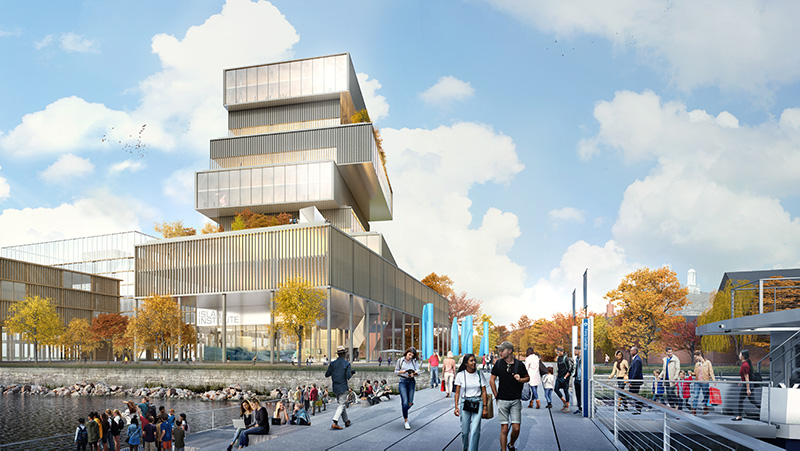 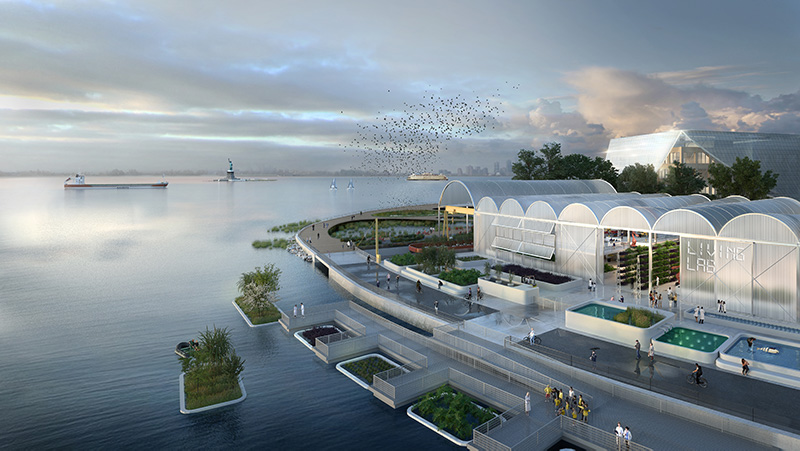 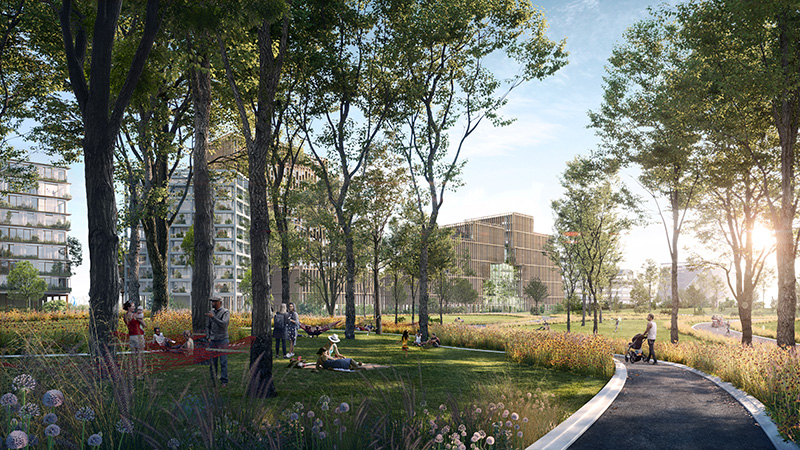