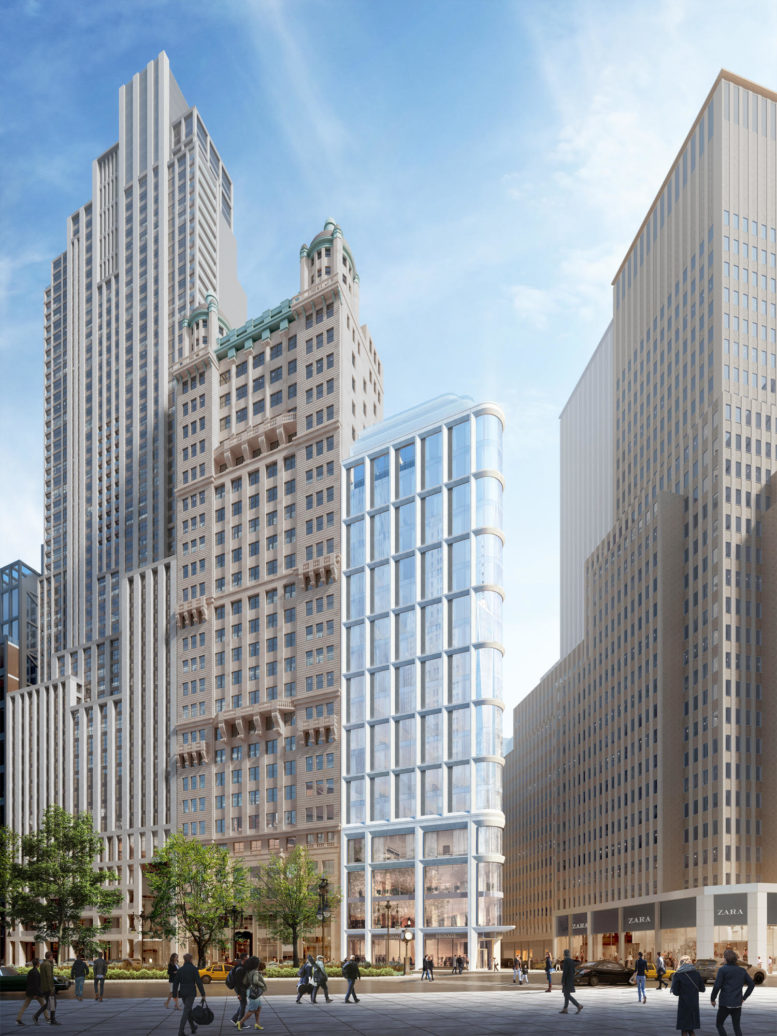 Demolition is complete and below-grade work has commenced at 1 Park Row, site of a 23-story mixed-use building in the Financial District. Designed by Fogarty Finger Architects and developed by Circle F Capital, which received a $90 million construction loan from Los Angeles-based Parkview Financial last summer, the 103,000-square-foot structure will yield 58 condominiums in one-, two-, and three-bedroom configurations, along with 19,000 square feet of commercial office and retail space on the lower levels. MJM Associates Construction is the general contractor and 1 Park Row Development LLC is the owner of the property, which sits at the intersection of Park Row and Ann Street. Ancora Engineering is in charge of the support of excavation (S.O.E.) and foundations.

At the time of our last update in mid-March, demolition was still progressing with the last couple of floors of the old structure in the process of being torn down. Nothing remains of the former edifice, and work has shifted to the new reinforced concrete foundations. 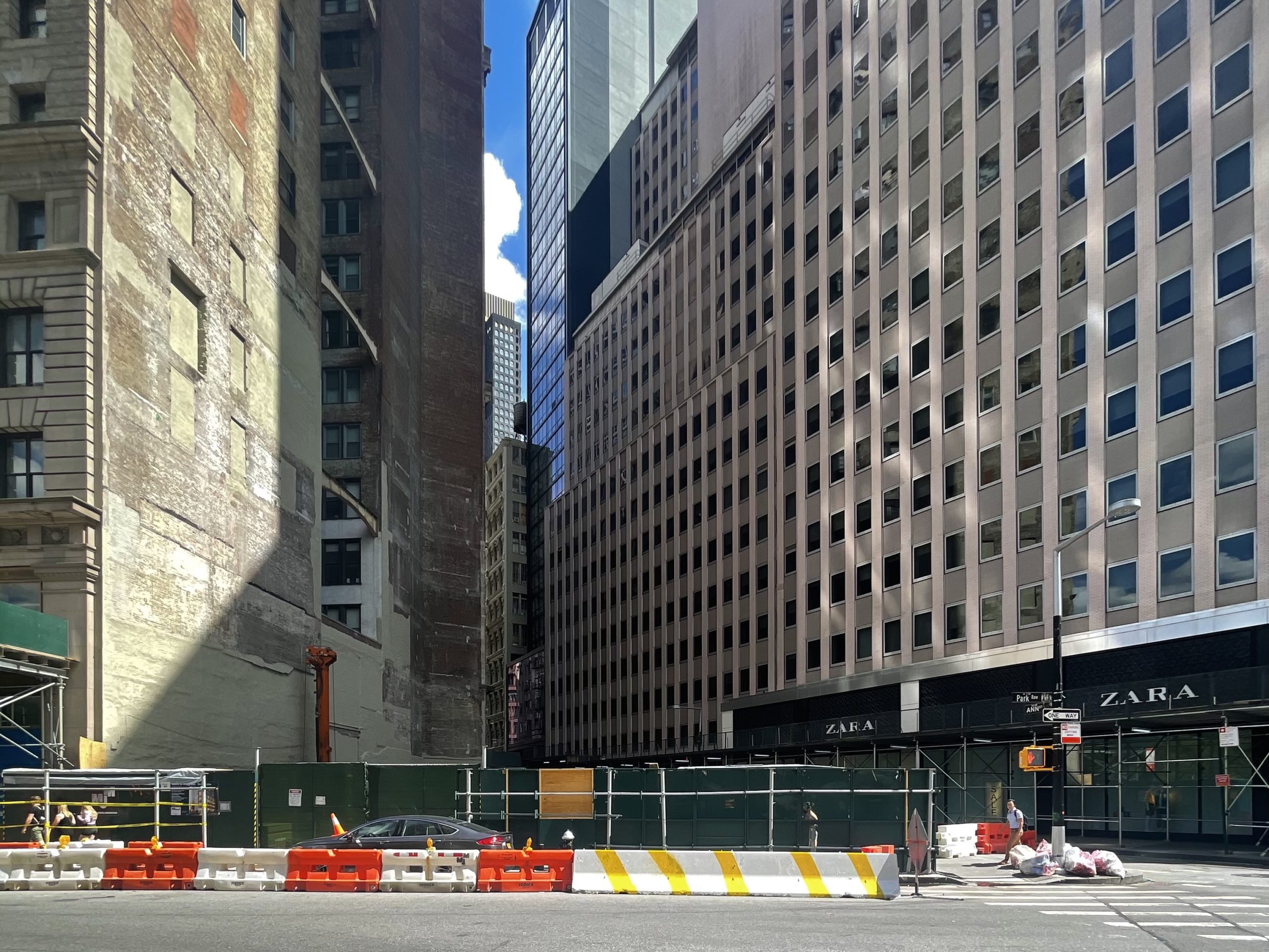 Photos taken through the construction fencing show an excavator and piling machine working below street level. Downward progress should continue over the next couple months, with work on the foundation slab and perimeter walls beginning later this summer. We could likely see the superstructure begin to rise closer to the end of the year. 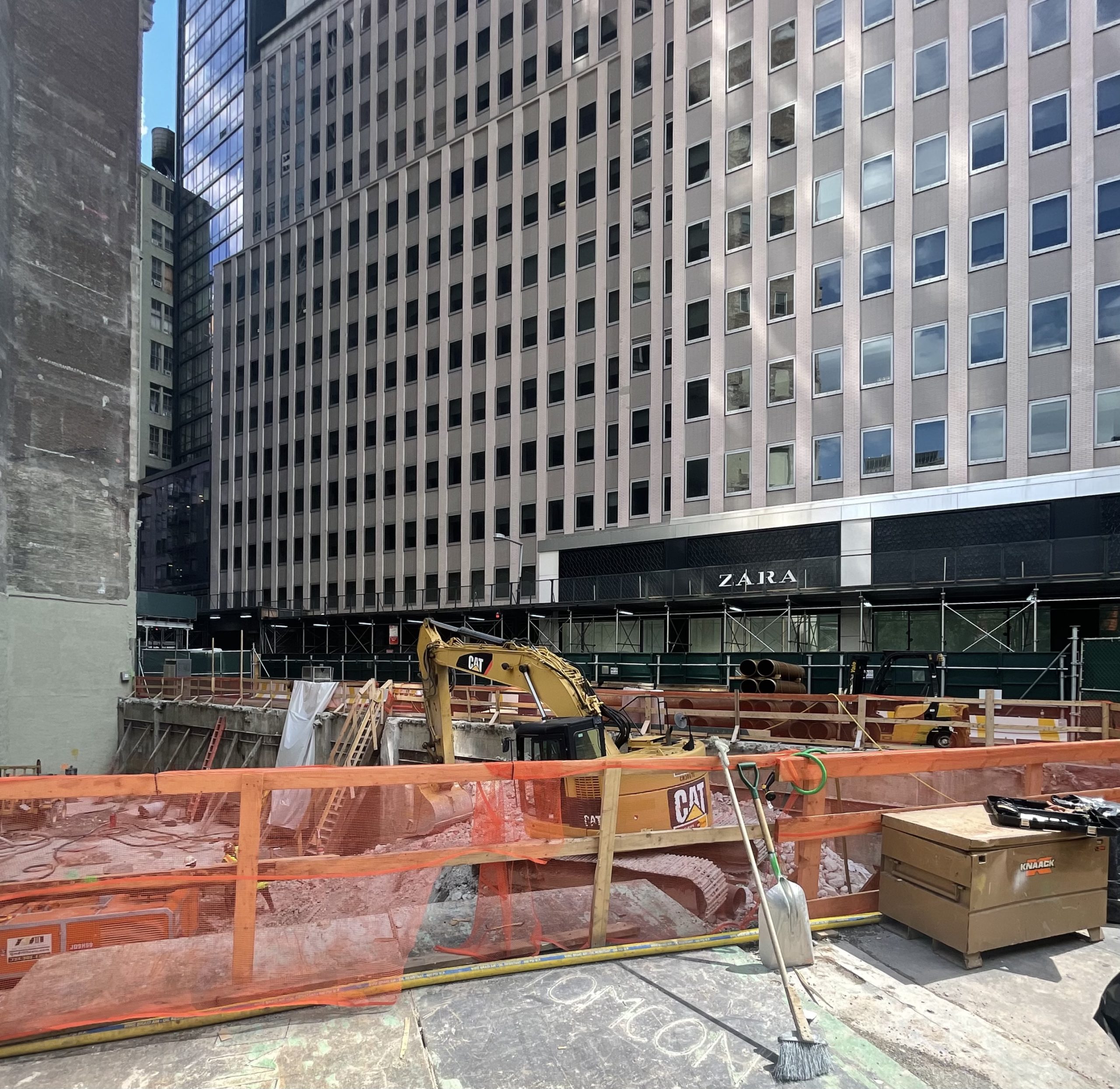 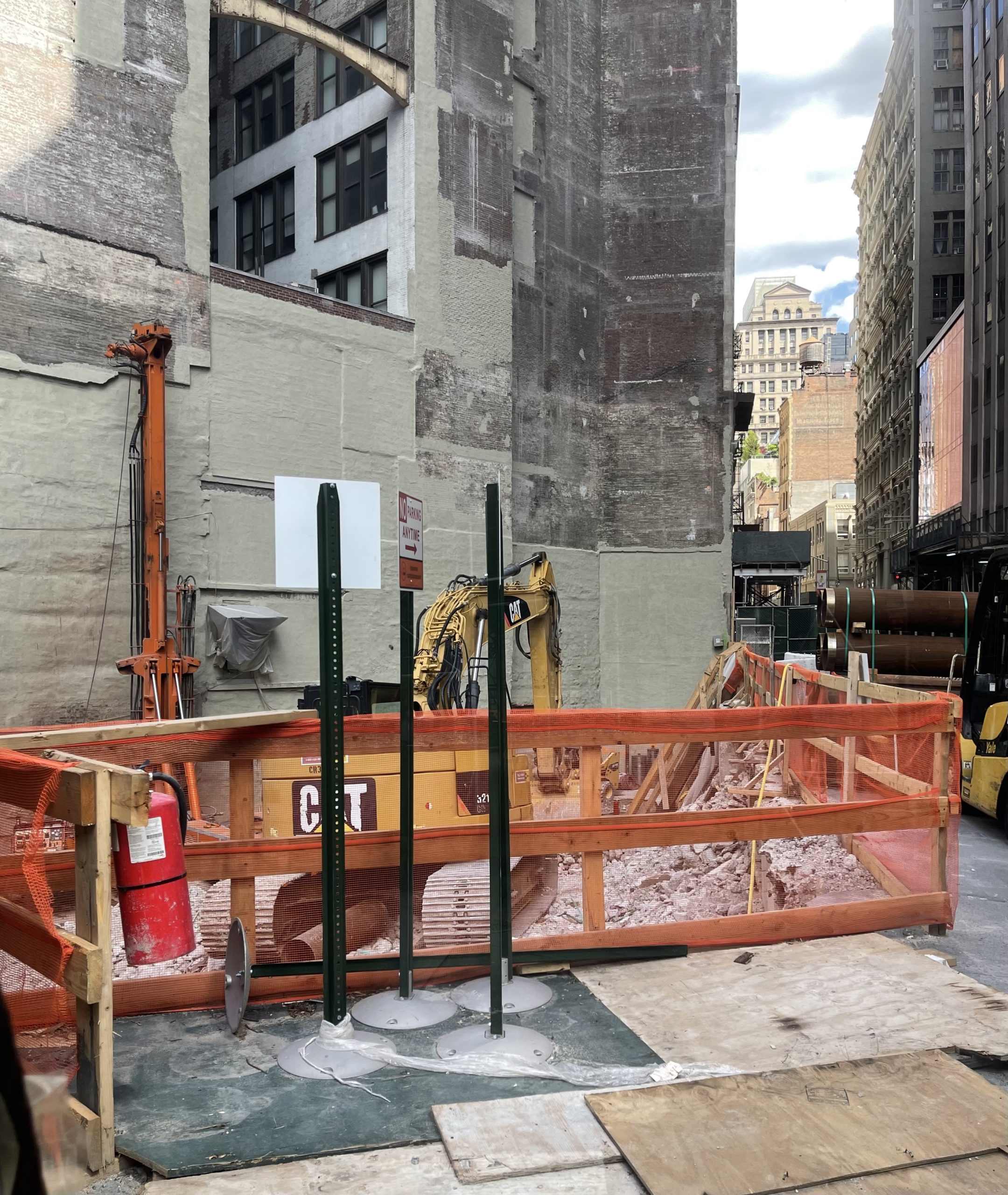 The site itself is relatively small and is fairly triangular in shape. 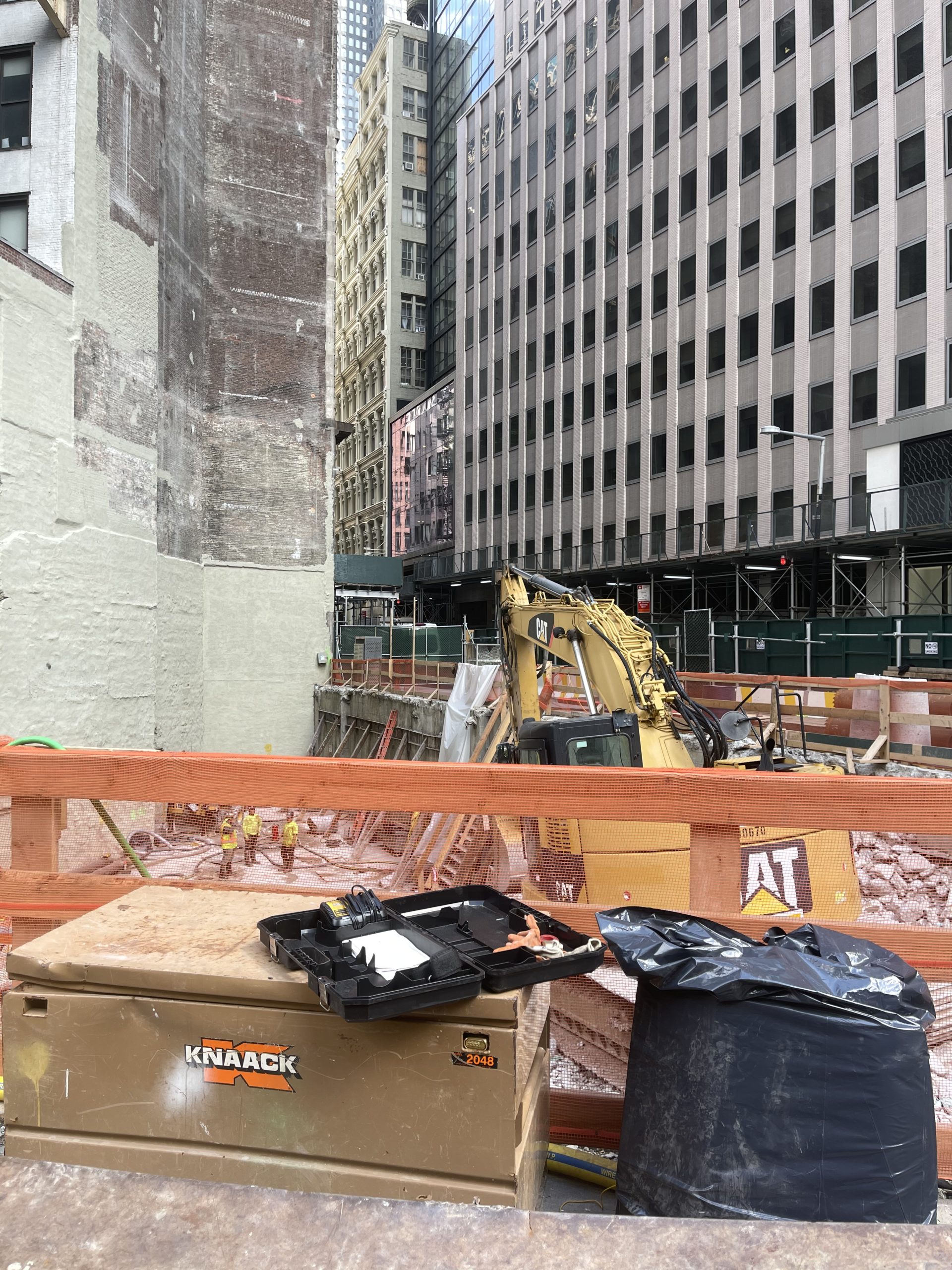 Right now is also a good opportunity to see the southwestern façade of the adjacent 15 Park Row and its widely arched braces spanning the gap between the center of the building’s footprint. This will become mostly obscured once 1 Park Row tops out. 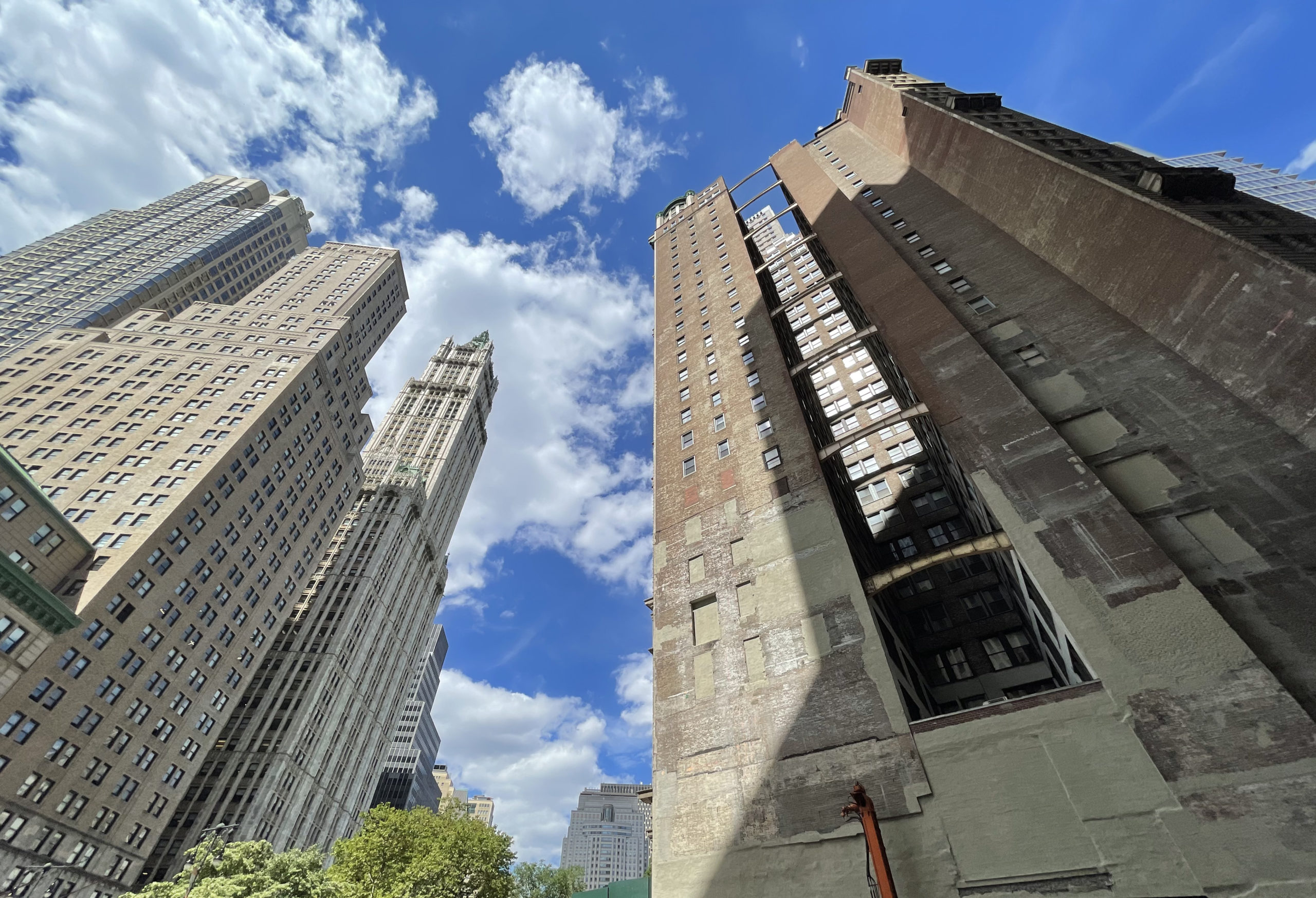 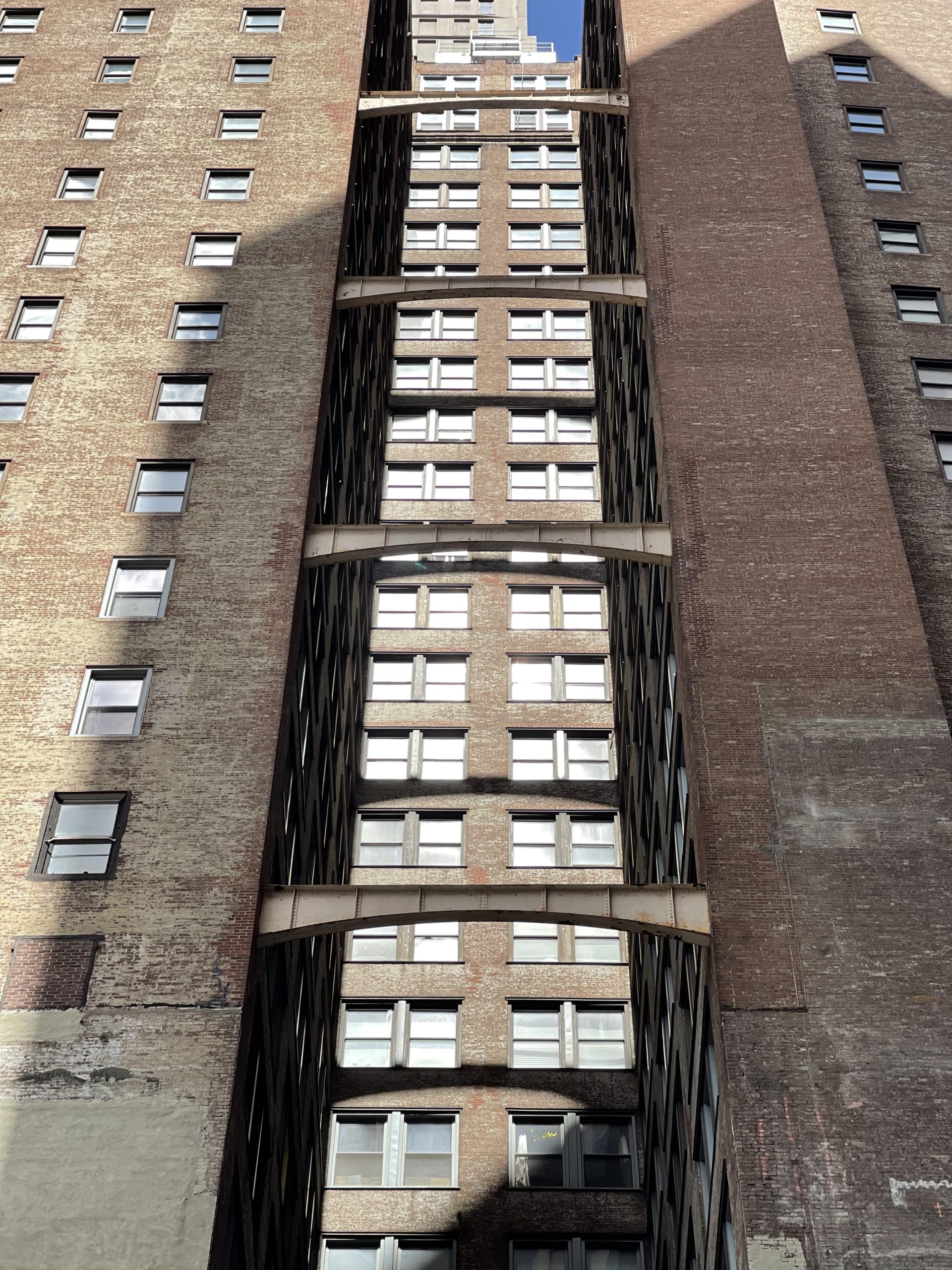 There has been a slight modification in the design of 1 Park Row, mostly around the upper half of the building with the subtraction of pocketed terraces in the middle of the facade, a more simplified and even setback design for the crown, and what looks like more commercial space on the lower levels of the property. 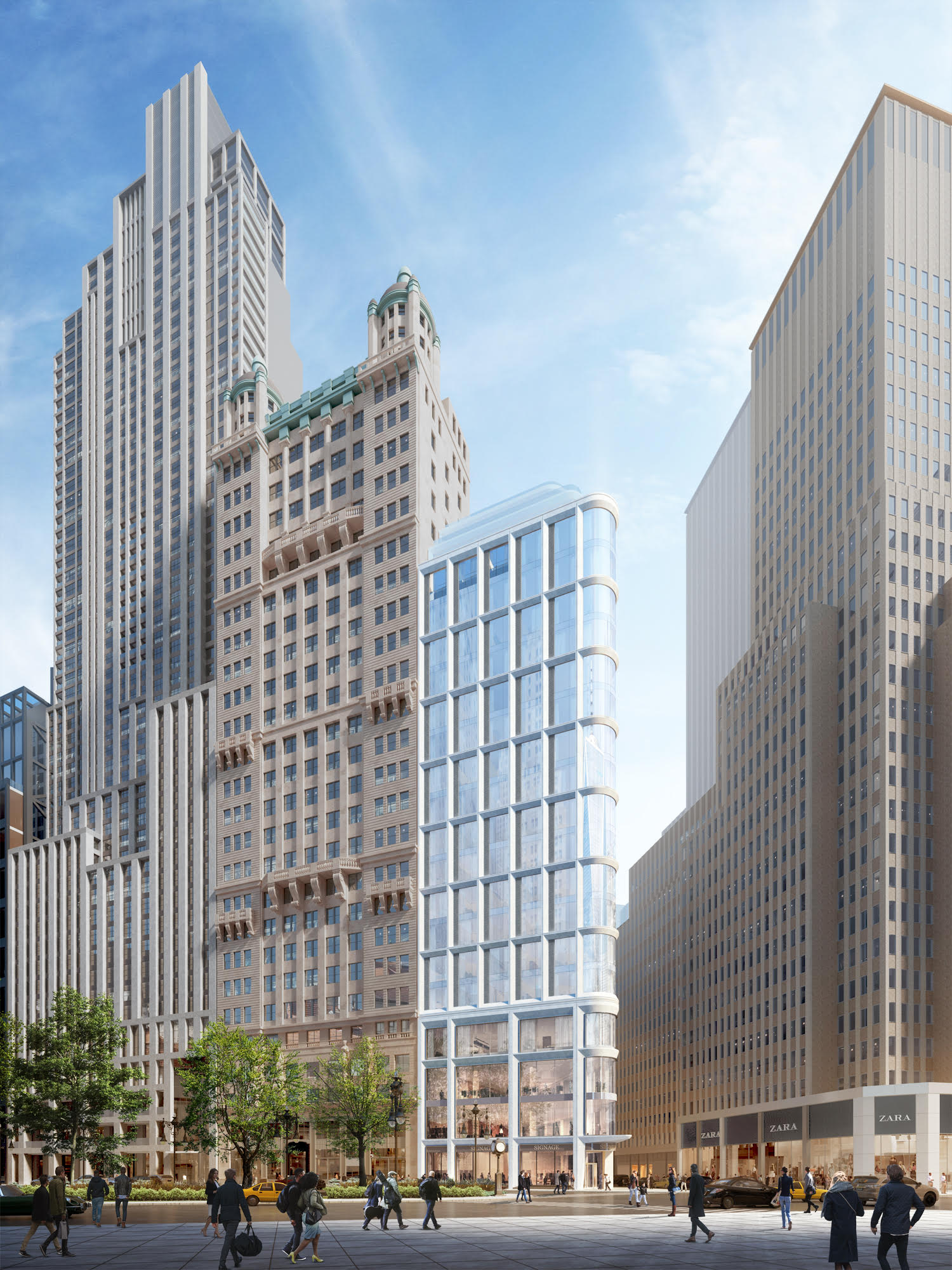 Below is the previous iteration. 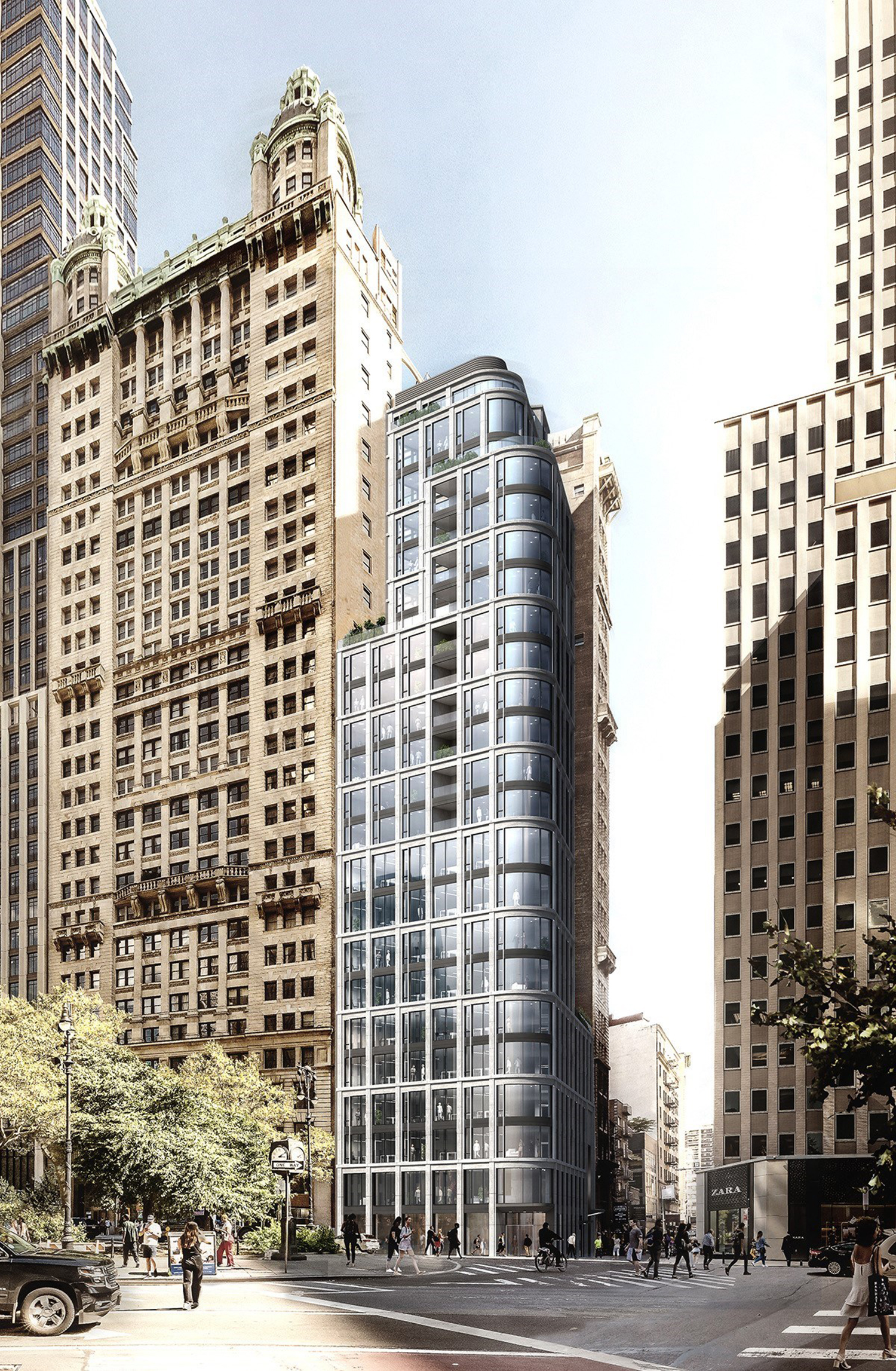 The site is conveniently located among a number of subway stations at Fulton Transit Center on the corner of Fulton Street and Broadway. This also connects to Santiago Calatrava’s Oculus at the World Trade Center with further accessibility to PATH trains to New Jersey.

1 Park Row is slated for completion in the fall of 2023, as posted on the construction board.