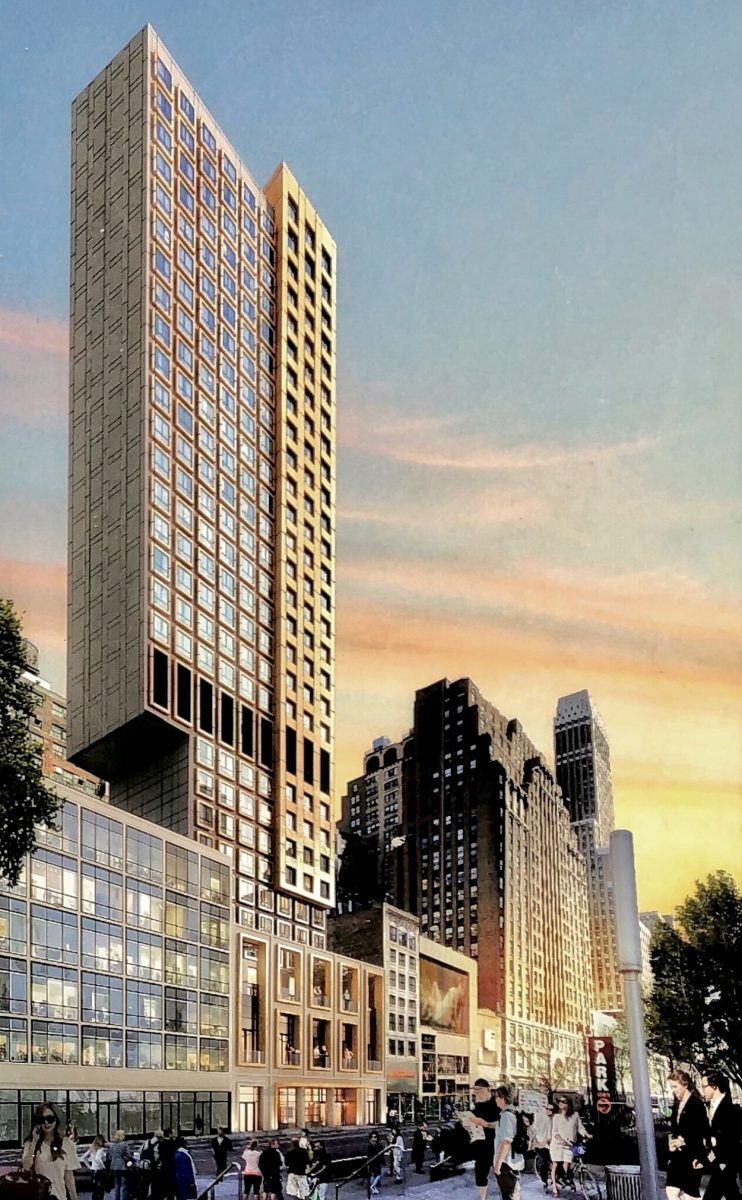 Construction is nearing the halfway point on 255 West 34th Street, a 33-story hotel tower in Midtown, Manhattan. Designed by Stonehill Taylor Architects and developed by The Chetrit Group, the 397-foot-tall structure will yield 330 hotel rooms spread across 155,594 square feet. Flintlock Construction Services is the general contractor for the property, which is located on the southern edge of the Garment District between Seventh and Eighth Avenues, right across from One Penn Plaza and within walking distance of Madison Square Garden and Moynihan Train Hall at the James A. Farley Building.

Progress has been steady since our last update in March, and the reinforced concrete superstructure is now approaching the heights of several nearby buildings. At this rate, we could expect the tower to reach its pinnacle in the first half of 2023. Curtain wall installation has yet to commence, but could likely get underway as the building gets closer to topping out. 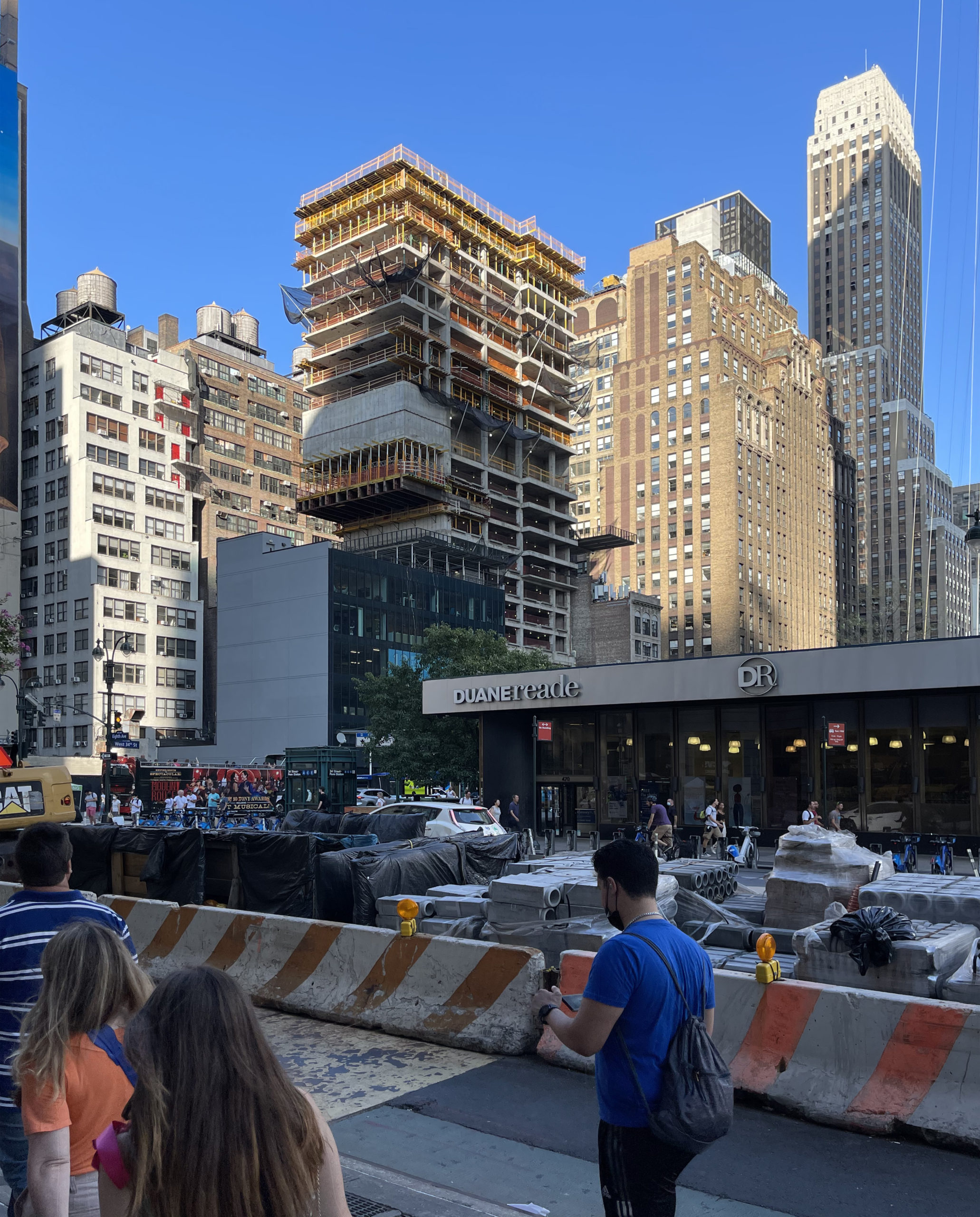 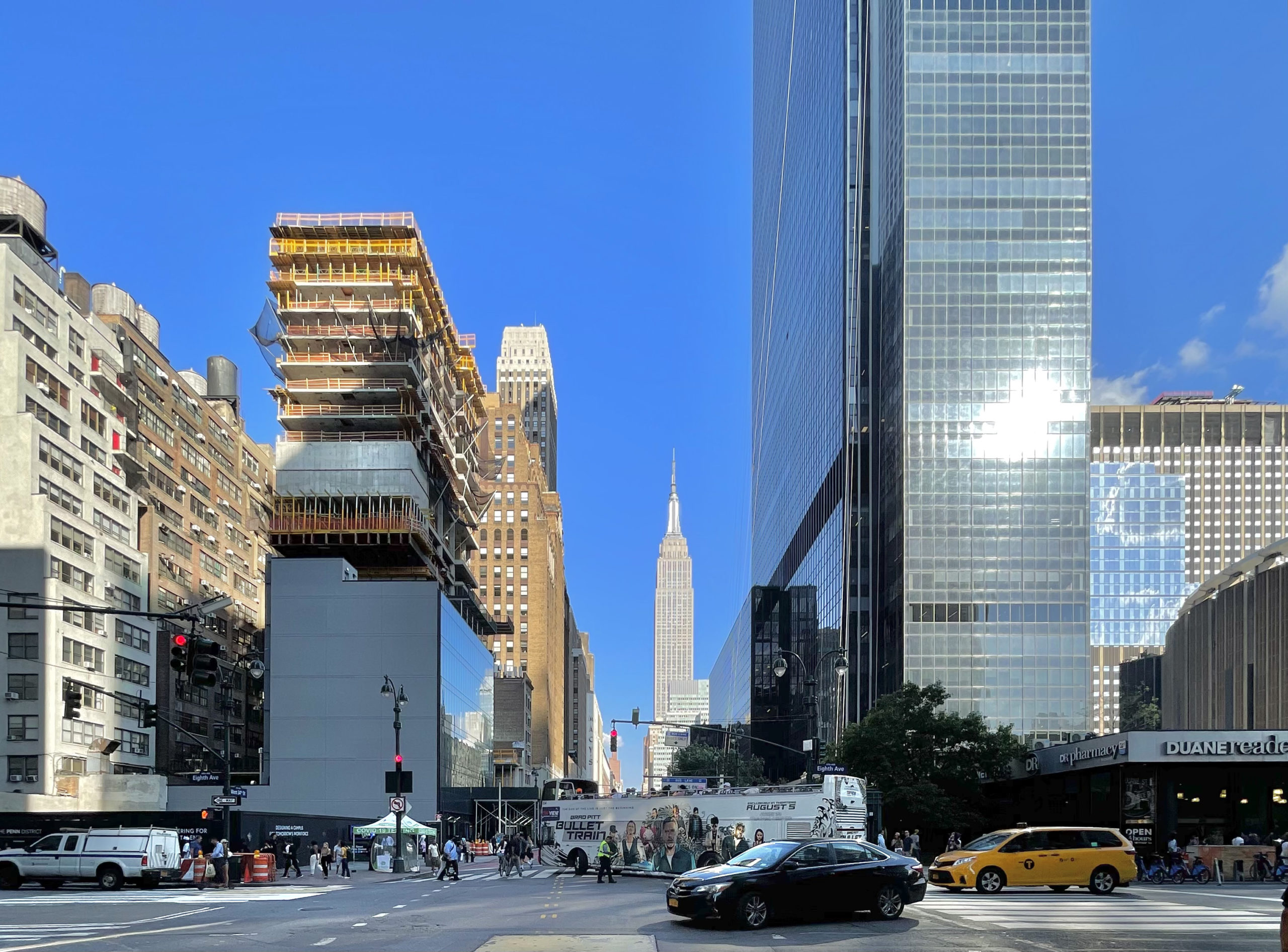 The below photo provides a closer look at the dramatic cantilever over its neighbor to the west. 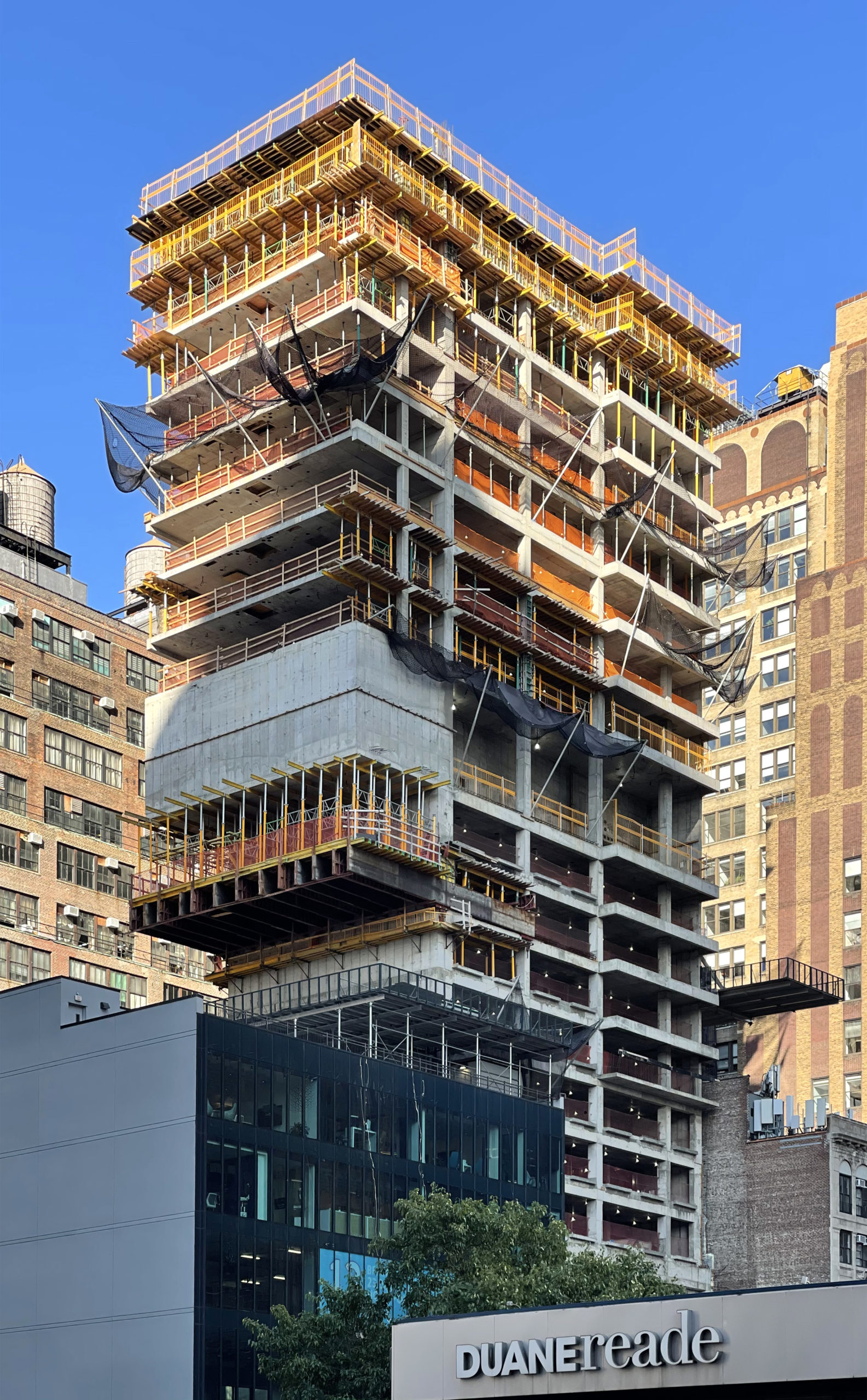 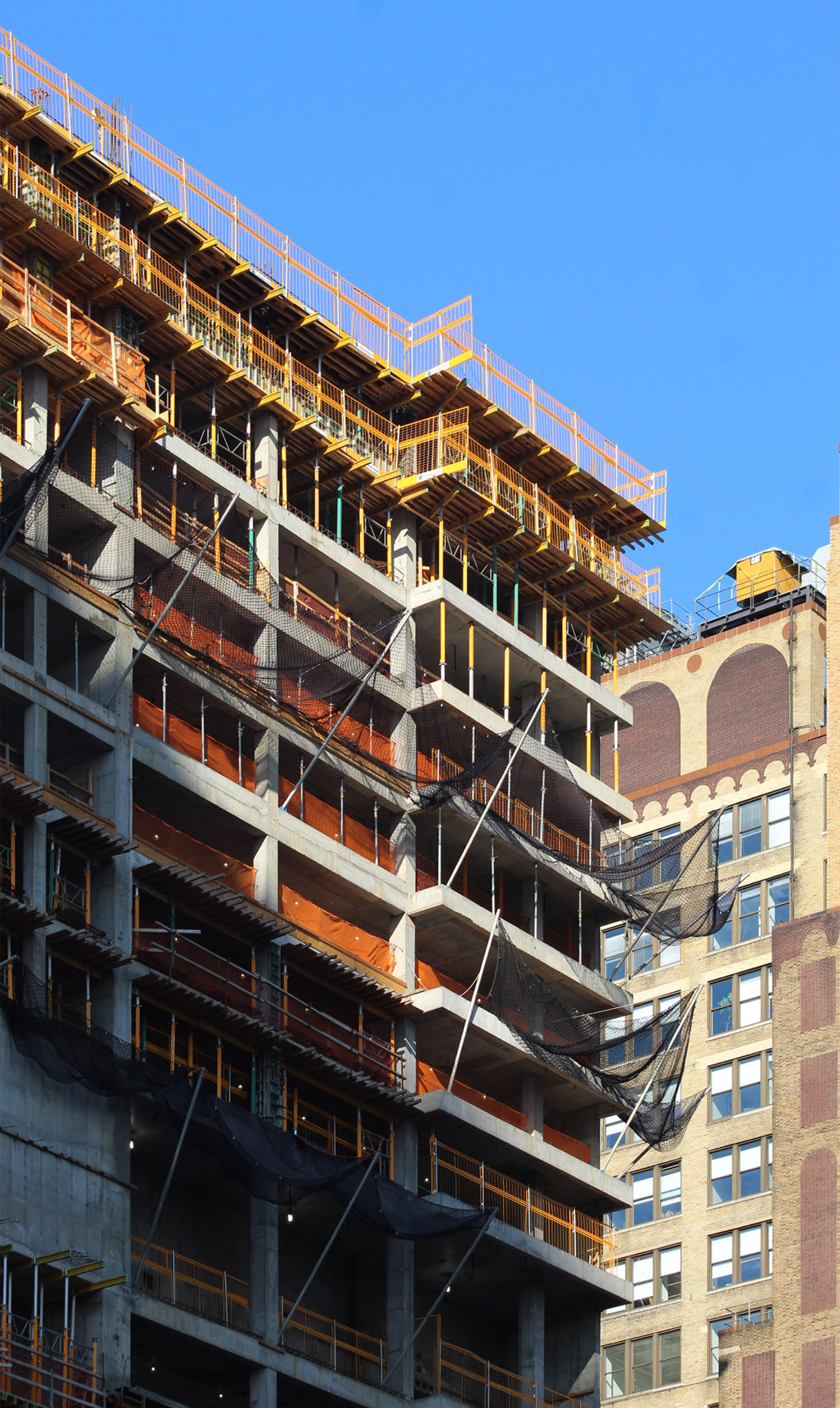 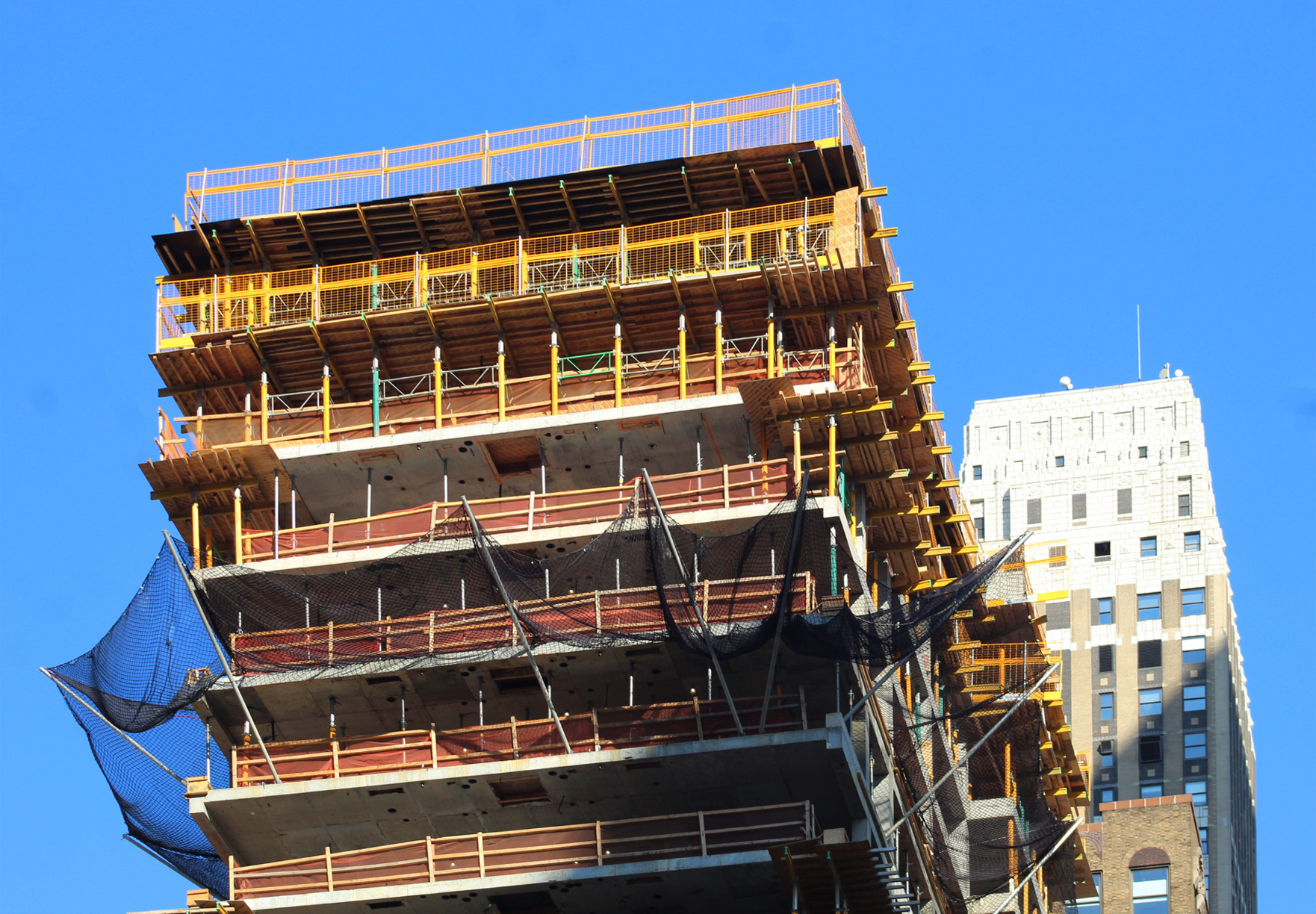 The rendering in the main photo is oriented looking east along West 34th Street and highlights the cantilever and the two distinct sections of the façade. The majority of the tower is clad in warm earth-toned paneling with a grid of protruding windows and an interlocking pattern of rectangles on the blank western elevation. The eastern end features gold-colored paneling and a recessed window grid.