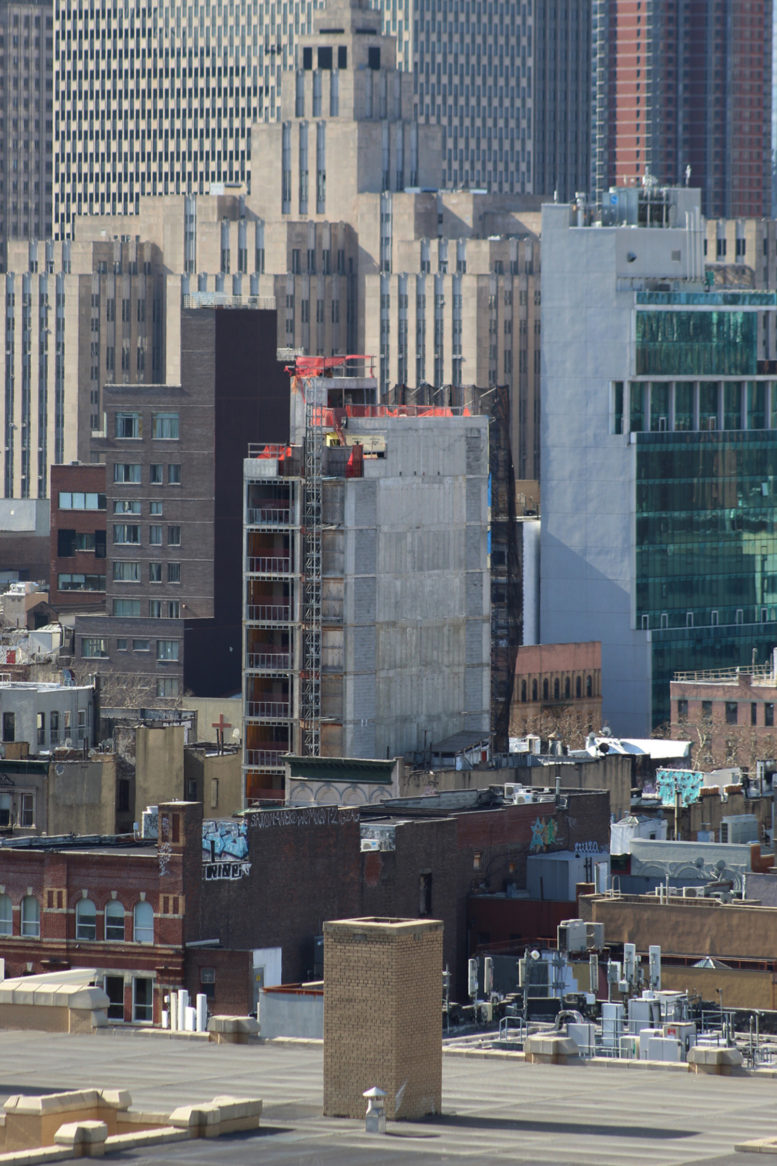 Construction appears stalled on 79 Eldridge Street, a 14-story hotel building on Manhattan’s Lower East Side. Designed by Ellipses Design and developed by DLC Development, Inc., the structure is planned to yield 48 rooms and a 1,243-square-foot common space. Triborough Construction Services is the general contractor for the property, which is located between Grand and Hester Streets.

Permits were initially filed for a ten-story building with 38 guest rooms at the site in March 2016. These plans failed to materialize, but the project was restarted in 2018 in its current scope. The reinforced concrete superstructure began to rise in 2019 and has stood topped out since sometime in 2021, but no further work has occurred.

Recent photos show the site quiet, with the construction elevator attached to the bare concrete and no signs of façade installation beyond the metal frame studs that frame each window opening. Plywood boards behind the hoist appear weathered, a testament to the time the project has sat on hold. 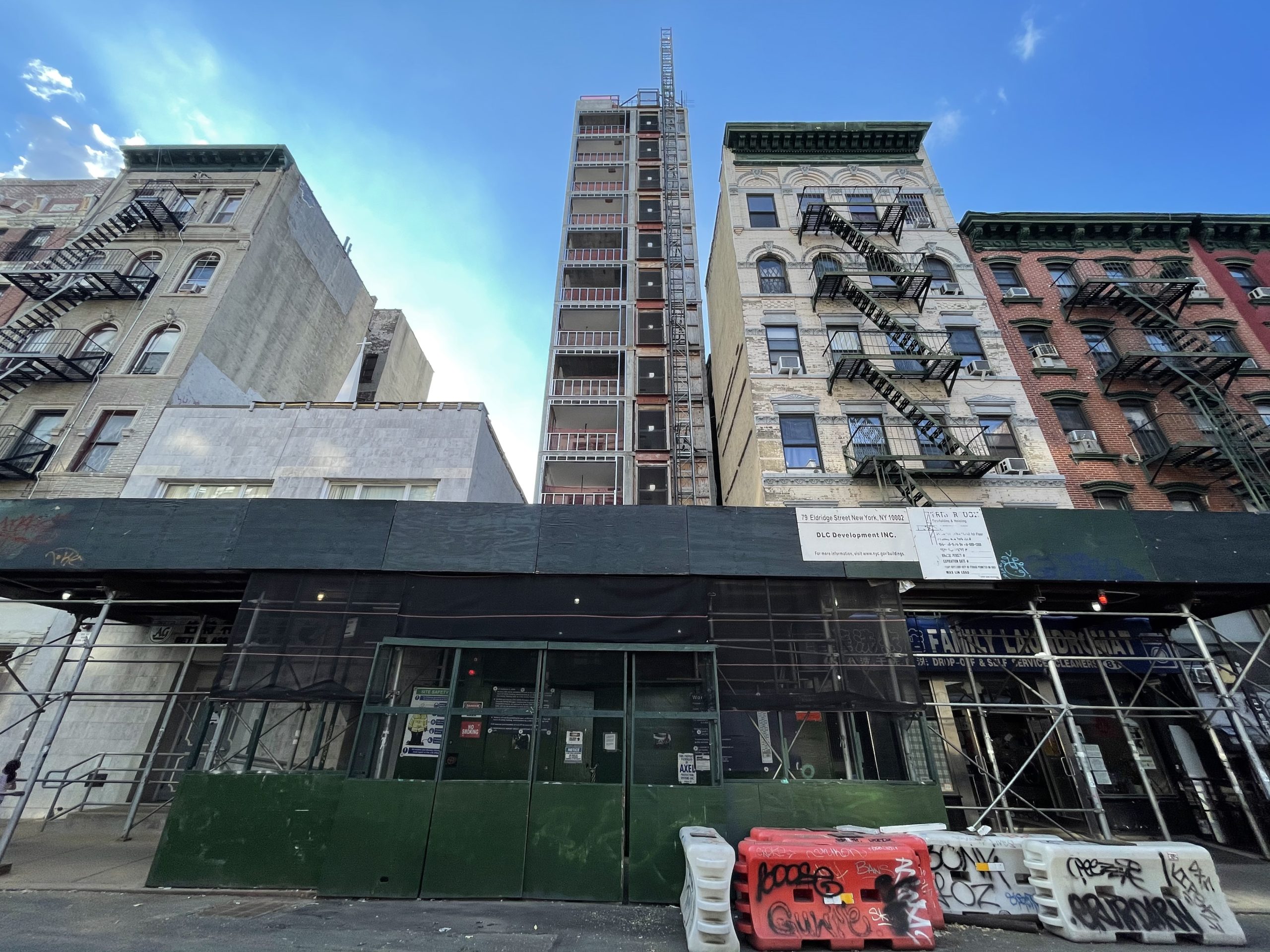 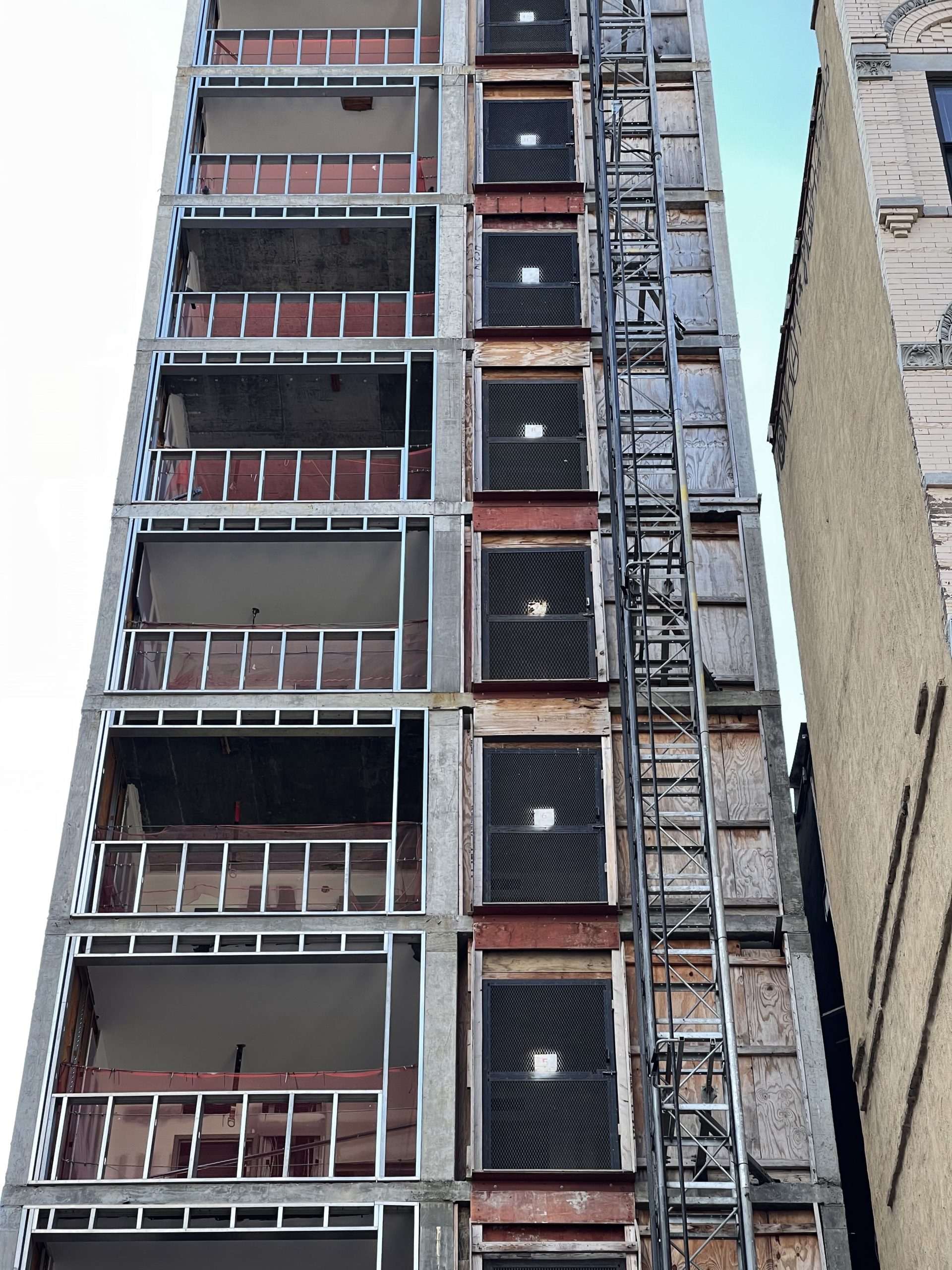 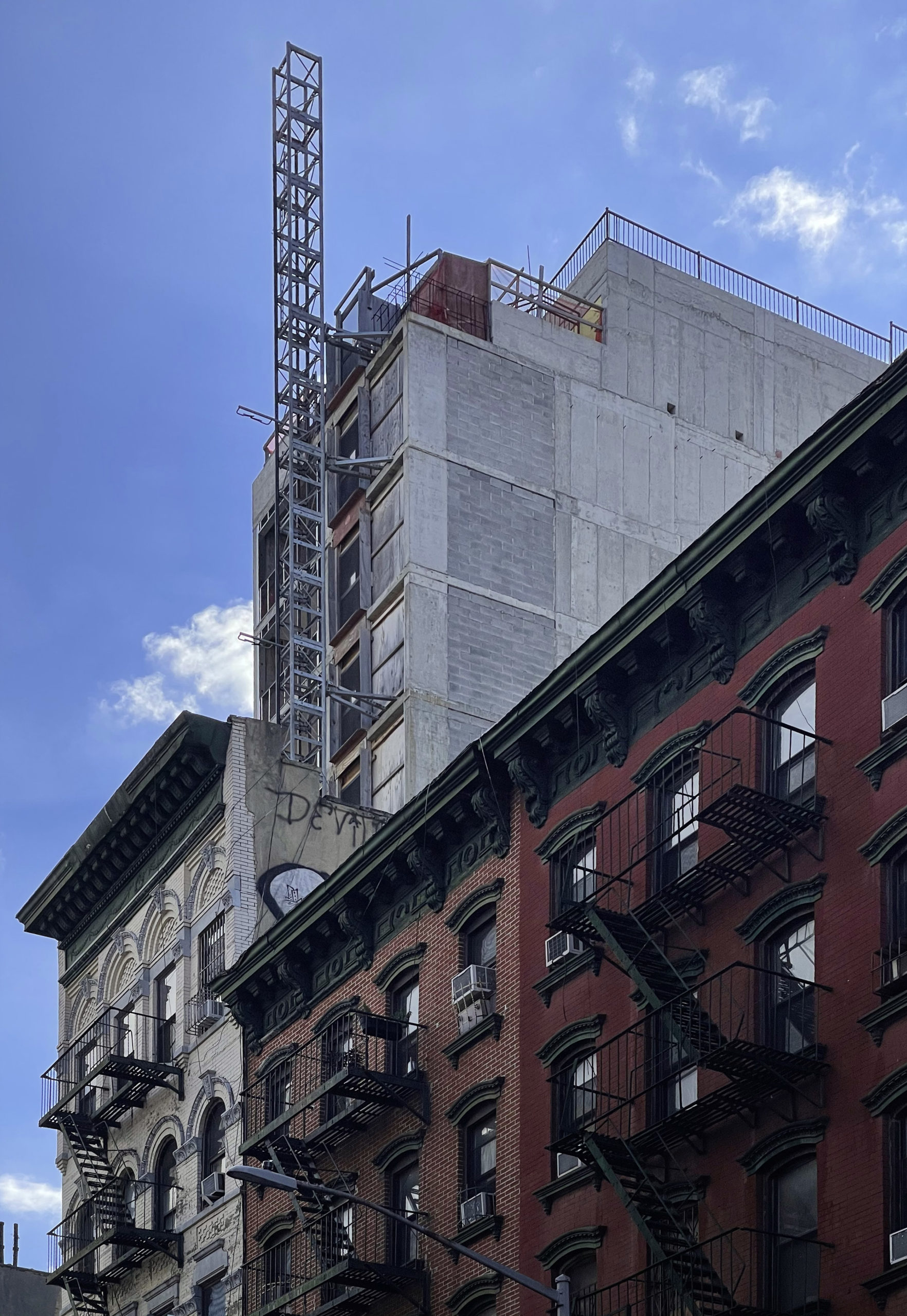 A preliminary elevation rendering on site shows the main eastern profile clad in what appears to be a uniform glass envelope with a pair of operable windows down the centerline. Two setbacks are positioned on the top floors, and the building is capped with a mechanical bulkhead. 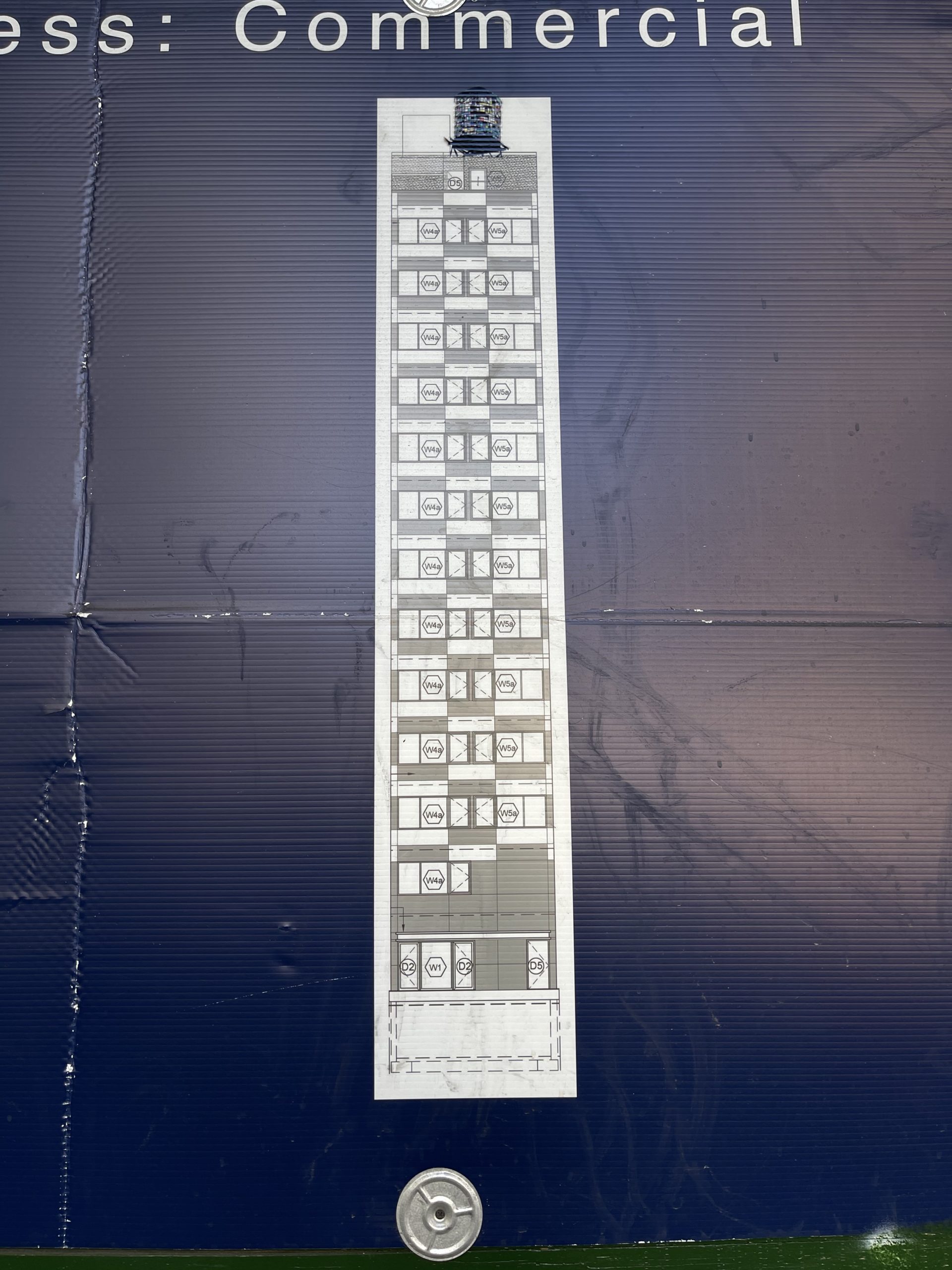 The nearest subways from the site are the B and D trains at the Grand Street station to the northwest.

An anticipated completion date of fall 2022 is posted on the construction board. Should work pick back up again soon, completion sometime in late 2023 would be possible.