At number 27 on our year-end countdown is 356 Fulton Street, a 43-story mixed-use skyscraper in Downtown Brooklyn. Designed by MdeAS Architects and SLCE Architects and developed by Extell, who paid and signed an $85.9 million long-term ground lease to take over the site from The Feil Organization, the 496-foot-tall structure will yield 475,000 square feet with 421 residential units and 100,000 square feet of commercial retail space. Titan Industrial SVC Corp. is in charge of demolition at the property, which has two more buildings to tear down, and is located at the corner of Fulton Street and Red Hook Lane.

Demolition of the large corner building was wrapping up at the time of our last update in April, with some machines clearing up the last of the rubble from the three-story commercial structure that formerly occupied the site. Not much progress has occurred since then, and the plot is sitting empty awaiting the start of excavation. This would likely occur once the final smaller two buildings to the east that sit within the new skyscraper footprint are demolished. 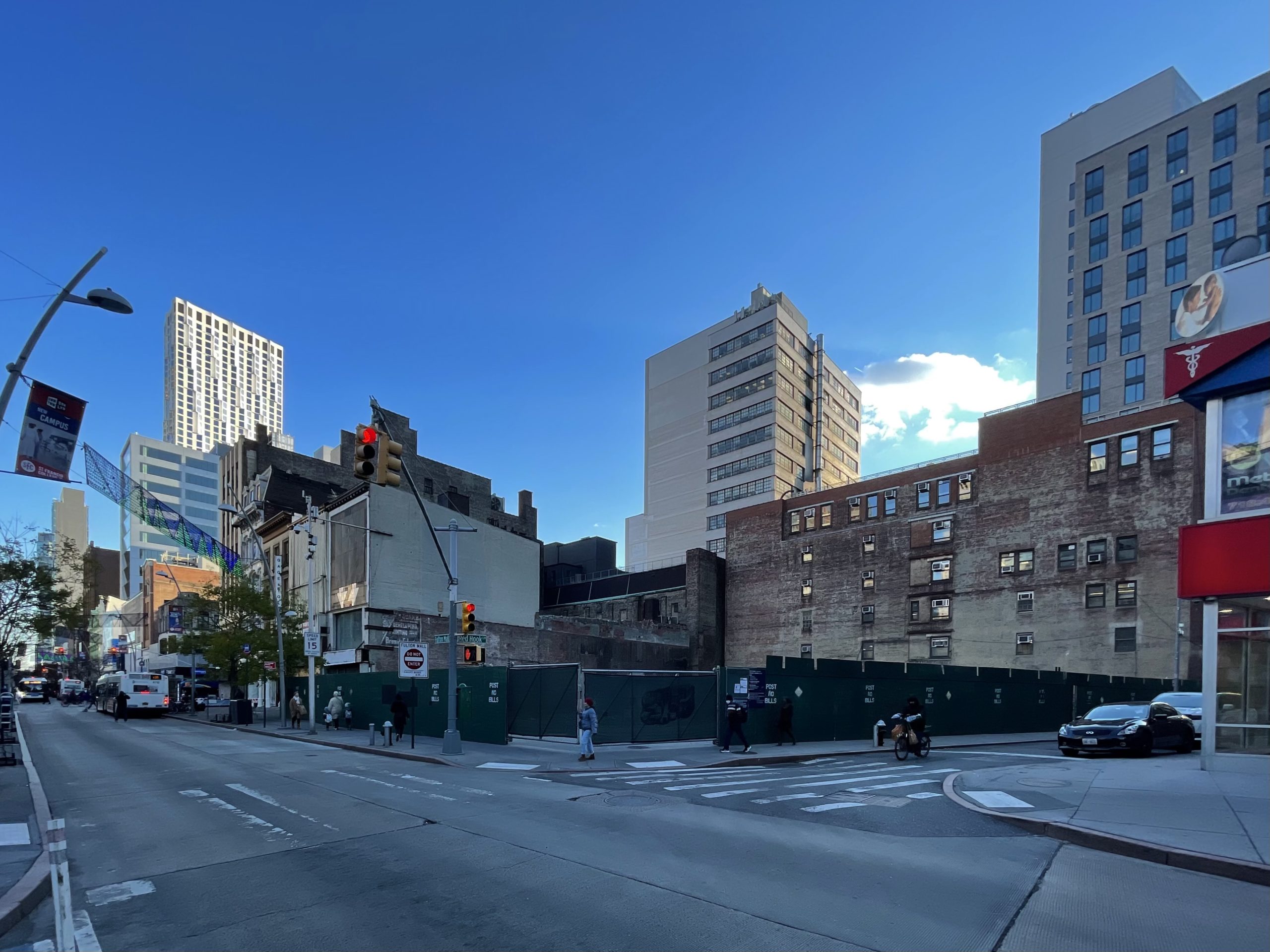 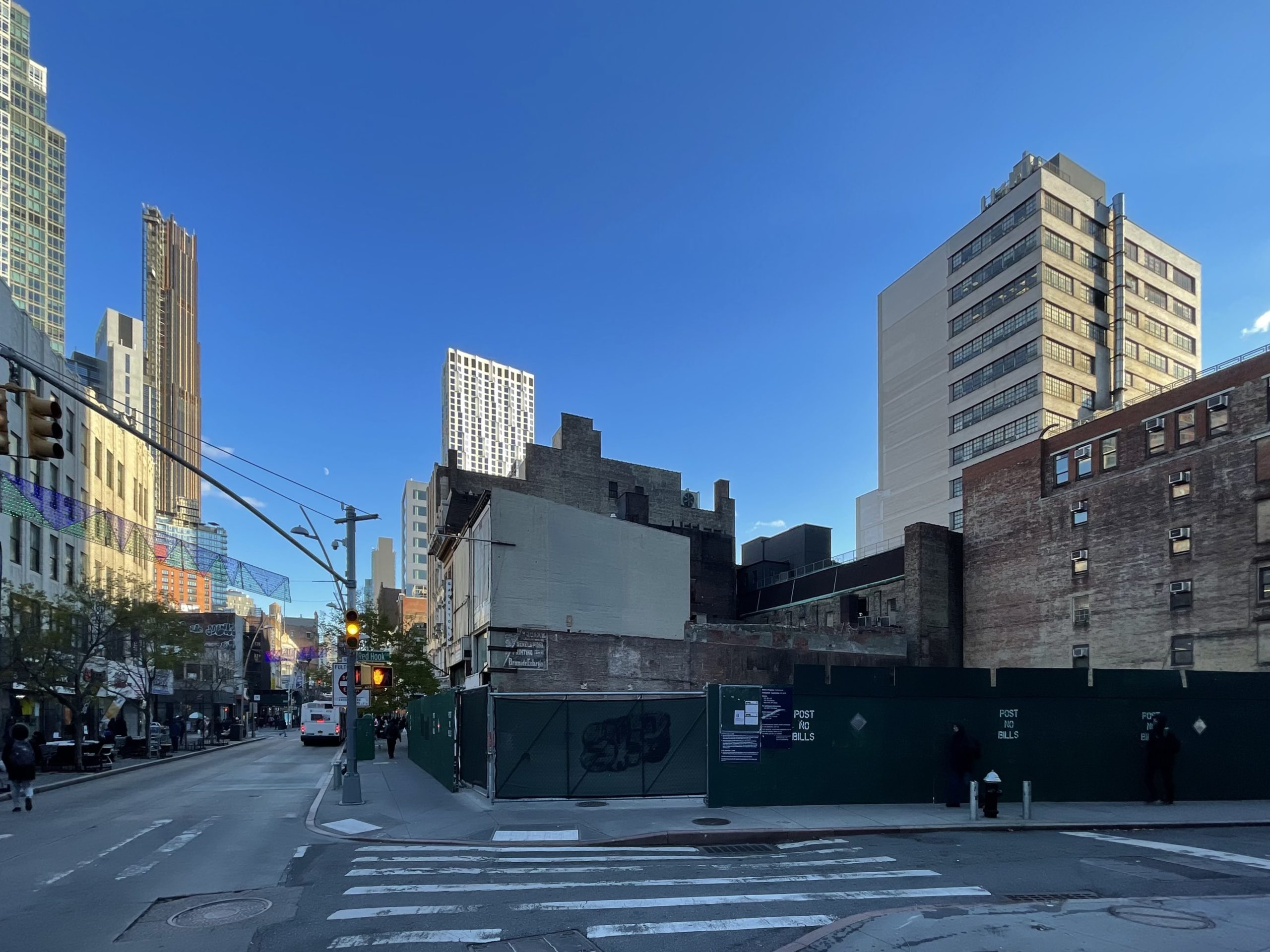 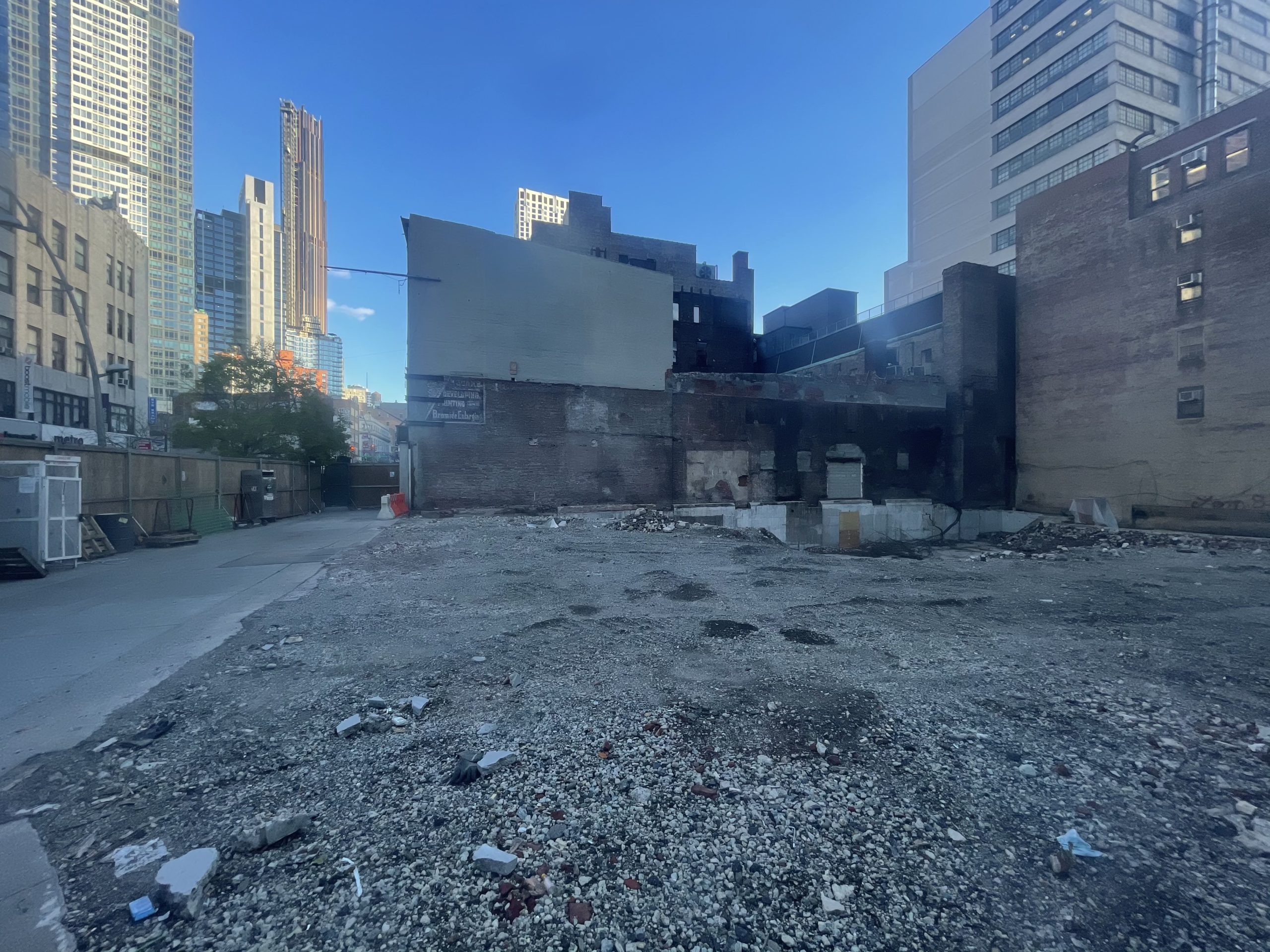 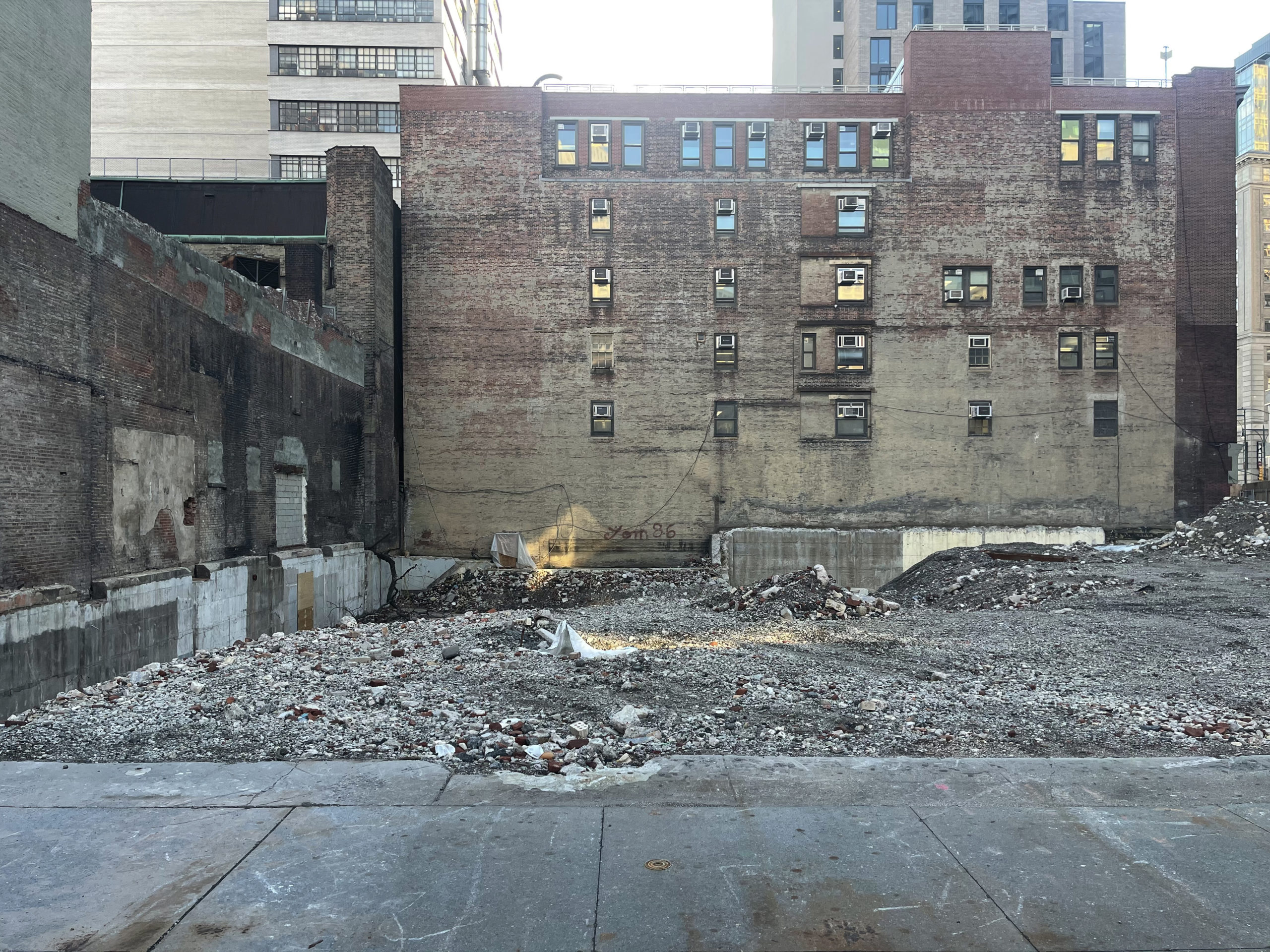 The rendering in the main photo shows the skyscraper clad in a sleek façade of metal paneling surrounding floor-to-ceiling glass. The massing incorporates two setbacks topped with landscaped terraces, with one above the multi-story podium and another just below the midpoint of the tower. Belden Tristate Building Materials will supply the future brickwork. It was last reported that the residential space will occupy 329,305 square feet, and 30 percent of the units will be designated as affordable housing. The structure will also have two cellar levels, a 30-foot-long rear yard, and 146 open and enclosed parking spaces.

The nearest subways from the property are the A, C, F, and R trains at the Jay Street-MetroTech station to the north. The 2, 3, 4, and 5 trains are also nearby to the east at the Nevins Street station, as are the B, Q, and R trains at the DeKalb Avenue station beneath City Point.