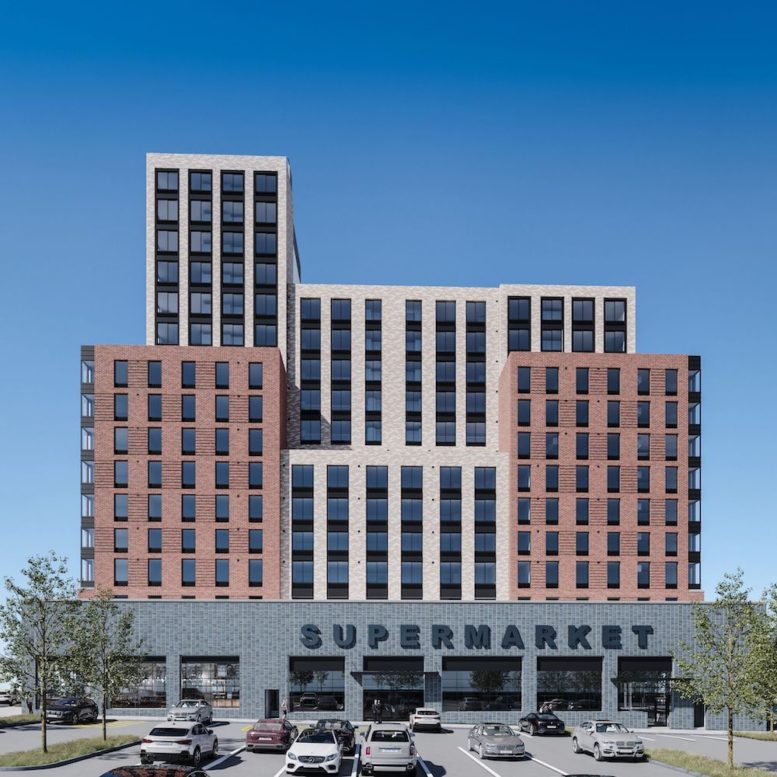 ShopFair Supermarkets will soon debut at Edgemere Commons, an 11-building affordable housing complex currently under construction in Edgemere, Queens. The new supermarket will comprise more than 27,000 square feet and is expected to open in spring 2024.

When Edgemere Commons was approved in 2019 by the New York City Council, developers Slate Property Group and The Arker Companies promised to construct a supermarket within the complex to address the lack of access to fresh groceries and produce in the surrounding community. The lease agreement with ShopFair Supermarkets was negotiated for a 25-year term. 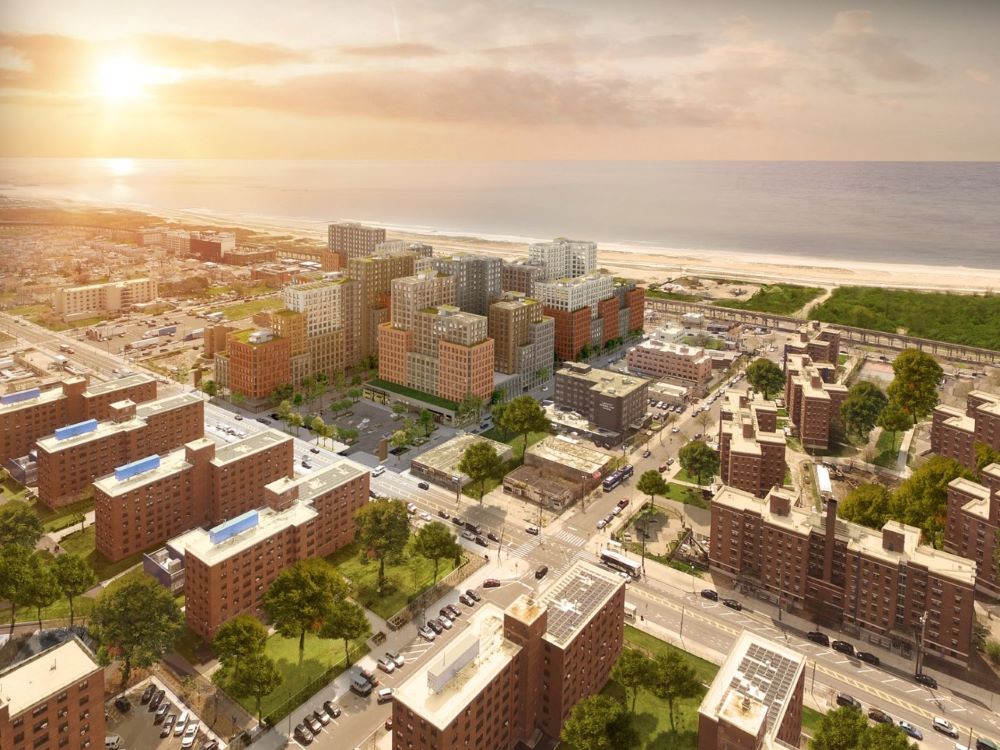 The first phase of construction broke ground January 2022 and includes a 17-story building with 135 rental units, 59 supportive housing units for formerly homeless adults, and 24,000 square feet of parking space, in addition to the new supermarket. Amenity spaces will include a community room, a recreation room, bicycle storage, laundry facilities, a roof terrace, and outdoor activity space.

All of the buildings at Edgemere Commons are designed by Aufgang Architects.

“From our first meetings with community members, we knew that creating a development that met the needs of Edgemere residents meant delivering a quality grocery store,” said Dan Moritz, principal at The Arker Companies. “The addition of ShopFair to Edgemere Commons will help eradicate a food desert and make healthy, nutritious food more accessible for the community.” 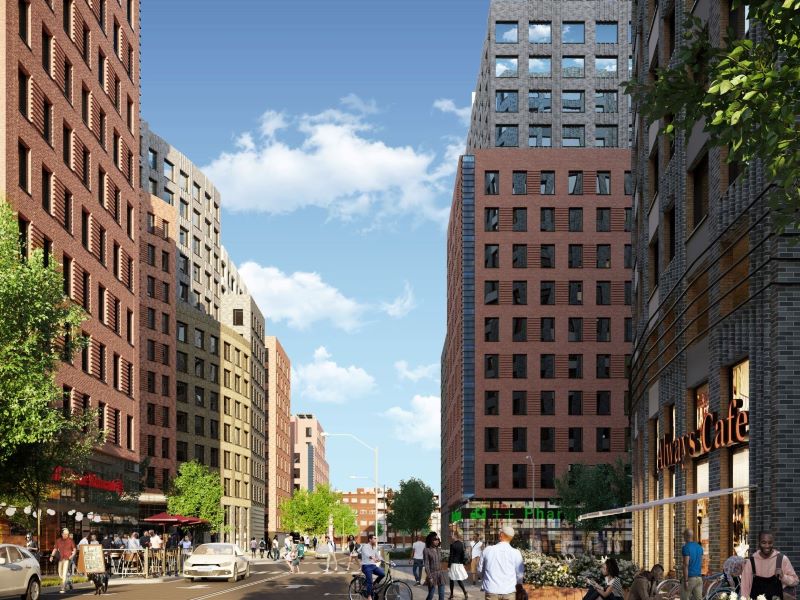 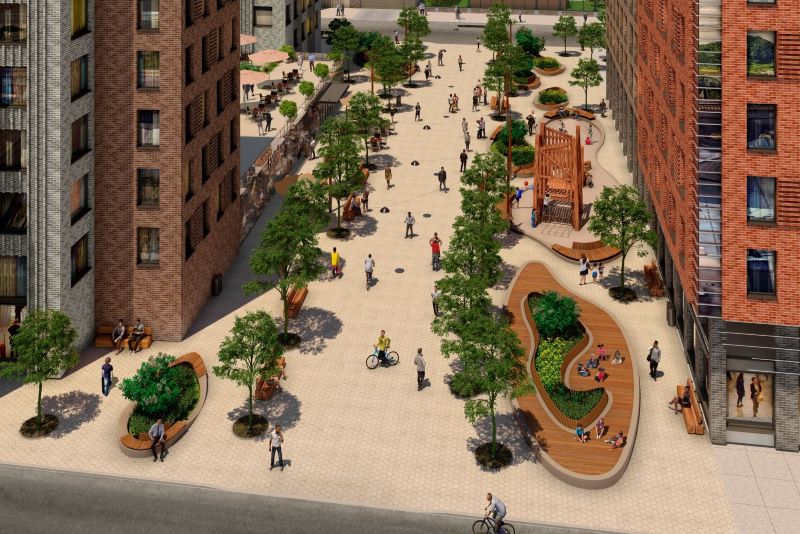 “The signing of a lease for a supermarket in Edgemere Commons is a major milestone in the effort to create a first-class, affordable, mixed-use development in the Rockaways,” said Queens borough president Donovan Richards Jr. “The days of the Rockaways being a food desert are coming to an end, as this supermarket represents a significant investment in the fight against food insecurity.”