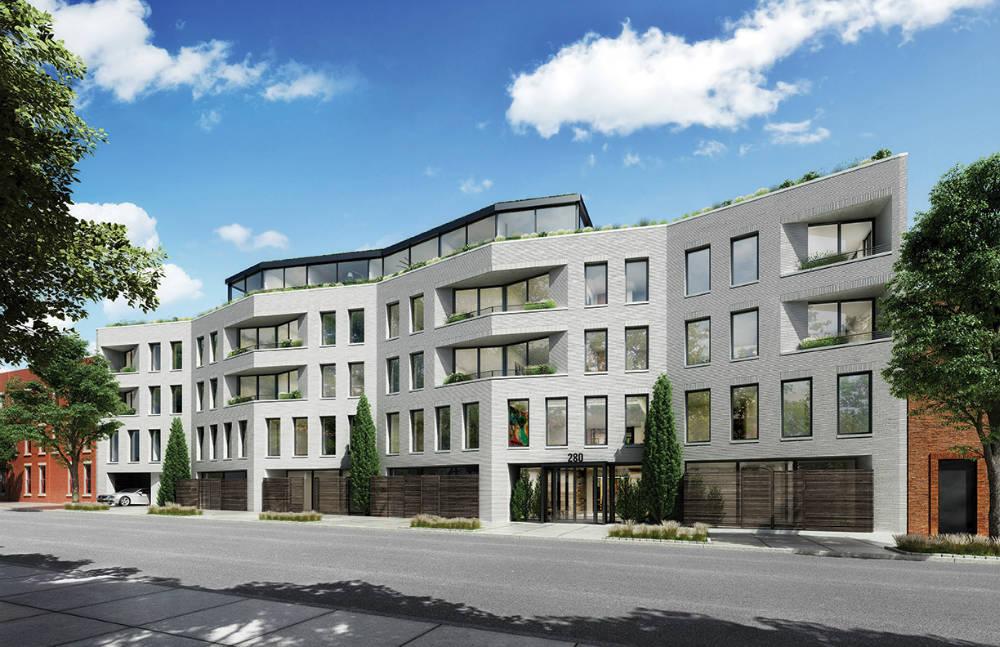 Early last month, a partial rendering was revealed of the planned five-story, 32-unit residential project at 280 St. Marks Avenue, in Prospect Heights. Now, with sales having officially launched, additional renderings have been released, per Real Estate Weekly. DXA Studio is designing the building, which will reportedly be clad in nearly 16,000 Petersen Kolumba ceramic bricks. Condos units will come in one- to four-bedroom arrangements, and there will be six penthouses as well as two townhouse-style duplex units. DNA Development is behind the project, which should be complete in late 2016. 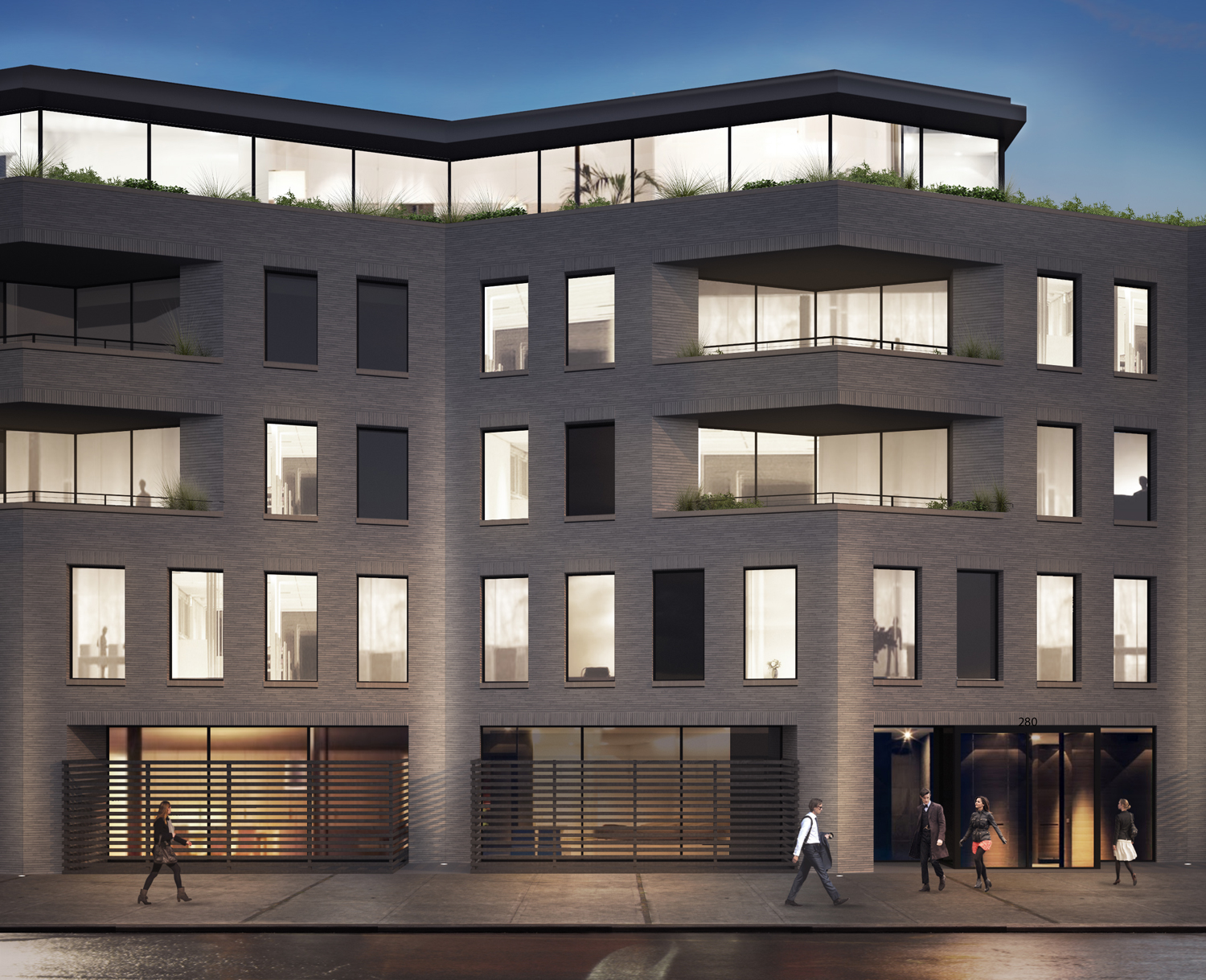 In the final days of 2014, DNA Development filed applications for a five-story, 32-unit residential building at 280 St. Marks Avenue, in Prospect Heights, and now Curbed has a rendering of the project. The building will measure 51,301 square feet, and the units will be condominiums, averaging 1,603 square feet. The units will range from one- to five-bedrooms and all will feature outdoor space. DXA Studio is designing, and sales are expected to launch in the next few weeks.