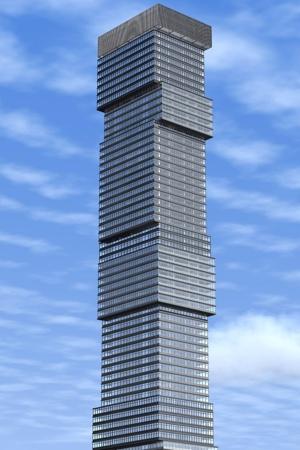 Journal Square may end up with the tallest buildings in New Jersey, but Downtown Jersey City is getting in on the action as well. Mack-Cali and Ironstate Development are planning to break ground on the first of the Harborside Financial Center towers this year, promising a dramatic transformation for downtown Jersey City.

The first phase of the project, dubbed ‘Urban Ready Living,’ will be a 69-story residential tower, containing 766 apartments. Construction of phase one is expected to be completed by the end of 2014, which is quite rapid. The developers are planning two more towers of a similar size, which will accompany phase one of the development.

The entire development is expected to bring over 2,000 new apartments to Jersey City, which is very impressive.

Downtown Jersey City’s skyline saw a dramatic evolution during the past decade, as dozens of new buildings were built during the boom years. As the economy continues to recover, it’s no surprise that development is picking up once again.

Hopefully this go round, something taller than the Goldman Sachs tower gets built. Nothing would frame the Hudson River better than 1,000 foot buildings on both the New York and the New Jersey sides!