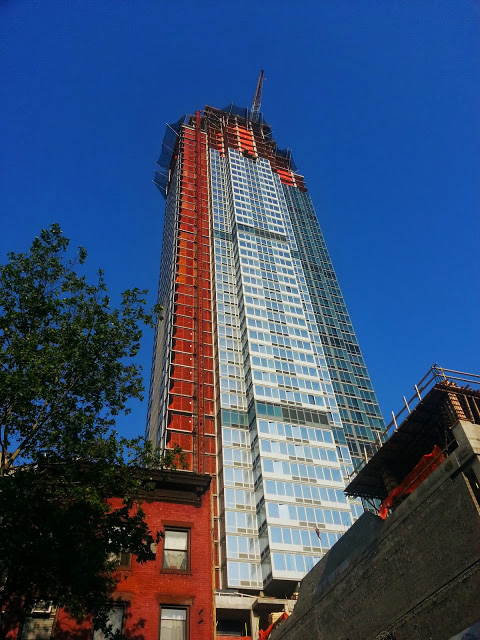 388 Bridge Street has taken the title of Brooklyn’s tallest building, surpassing The Brooklyner. Topping-out is now imminent, at which point the tower will rise 590 feet. If 388 Bridge were in Manhattan it would be nearly invisible, but given it’s Downtown Brooklyn location, the tower is prominent—especially from the nearby Fulton Mall, which is the booming neighborhood’s prime retail corridor.

The tower is the first of several to push the boundaries of the Brooklyn skyline. Around the corner from 388 Bridge the Avalon Willoughby West is about to begin rising, and ‘The Hub’—designed by Dattner Architects—is also in the vicinity; both developments will push the 600-foot mark.

With a total of 377 units, the tower will feature both rentals and condominiums. Winick Realty’s site has the details on the commercial space at 388 Bridge, which could potentially total over fifty-thousand square feet, a major compliment to the building’s commercial surroundings.