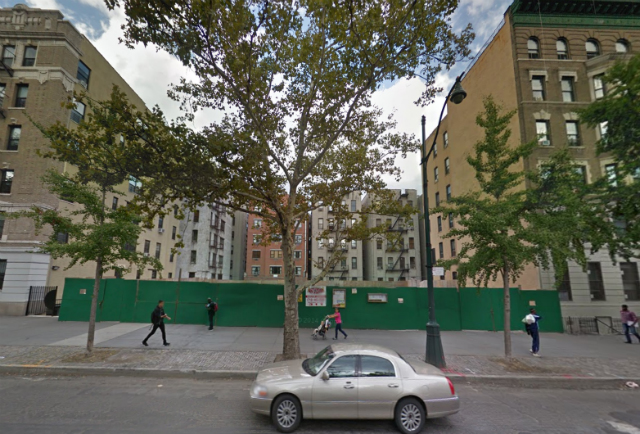 On the northern edge of Central Park, there are only three development sites remaining. Two bracket Central Park North, one at 2040 Frederick Douglass Boulevard, where plans were recently revealed for a 12-story curved structure, and another on the northeastern corner of the Park. But then there’s another mid-block between Adam Clayton Powell Jr. and Malcolm X Boulevards, at 145 Central Park North, home to a church that was recently demolished.

In March, a permit application was filed by David Howell’s DHD Architecture and Design for a 13-story, 24-unit apartment building. But that was ultimately rejected, and now a new filing suggests a change of direction for the site, which is owned by Yiannes Einhorn’s Einhorn Development Group.

The project would have 24 apartments spread out over 51,000 square feet of residential space, for a generous average unit size of more than 2,100 square feet – surely condos. The ground floor would have common space and nine parking spots, topped by two units per floor from the second through the 12th, with two half-floor duplexes at the top of the building, on the 13th and 14th floors.