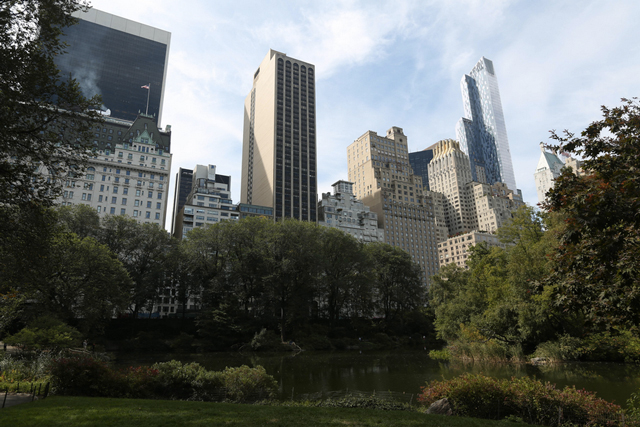 36 Central Park South, at center-left, image by Hiroko Masuike for the NY Times

Two months ago, a vague, almost massing-gram like rendering of 36 Central Park South surfaced. YIMBY can now reveal that the Witkoff Group has chosen Rogers Stirk Harbour + Partners to design the project, which is planned to rise in place of the Park Lane Hotel.

The current structure measures approximately 370,000 square feet, and while the dimensions of the redevelopment have yet to be revealed, YIMBY learned that the project will position a hotel on the lower floors, with condominiums above. This is a trait shared by several of the 57th Street skyscrapers, including One57 and the future 217 West 57th Street, an artifact of a zoning code that allows more commercial space than residential and a market that values height.

Richard Rogers is a pioneer of high-tech architecture and a giant of late modernism, and if he lives up to his reputation, 36 Central Park South could set the bar for quality in the 57th Street submarket.

The architect’s most notable project in development is 3 World Trade Center, or 175 Greenwich Street, which has finally been financed and will soon transform the Lower Manhattan skyline with its blocky massing and intricate exterior detail.

While residential 36 Central Park South may be a softer version of Rogers’ look than his office towers downtown and a concept on the East Side, the architect will surely bring his same overall high-tech style to the Central Park skyline, with its definitive glass, metal, exposed structural grids.

Permits for the project have not yet been filed, but the lead developer behind the Park Lane’s transformation is the Witkoff Group (with Macklowe also involved), and Witkoff’s website now has a page up on the site. While the project may have to sit through another market cycle before construction begins, the project does appear to be moving forward, and replacing the current mid-century eyesore with Richard Rogers’s first residential project in New York will be a major and positive step forward for Midtown’s ever-changing skyline.