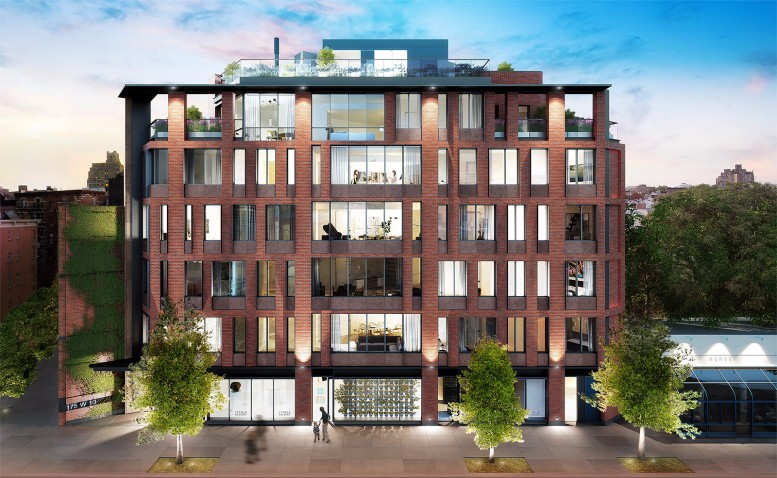 The Landmarks-approved condo project rising at 130 Seventh Avenue South in the West Village has a teaser site, a new address, and a new rendering. Now, the seven-story development between Charles and West 10th Streets will be known as 175 West 10th Street.

The latest image offers a close-up view of the new building, which has a traditional red-brick facade broken up with large, irregularly spaced sets of windows. An 85-foot-wide retail space will fill the ground floor, topped by four stories of floor-through condos, and then a penthouse duplex for the sixth and seventh floors. Each apartment will measure about 2,500 square feet.

The designers, BKSK Architects, shepherded the building through three different meetings with the Landmarks Preservation Commission before the commissioners finally approved it in April 2014.

“I cannot imagine a better building for this site,” commissioner Michael Devonshire told the architects at the time. “As a New Yorker, I thank you for this building,” he added.

Construction began in the spring, and workers are currently pouring concrete for the second floor. Work is expected to finish in the fall of 2016, and sales are expected to launch early next year.

Continental Ventures and Itzhaki Acquisitions originally bought the site for $6.2 million in 2012, and then Greystone Property Development sunk $17 million in February for a majority stake in the project.