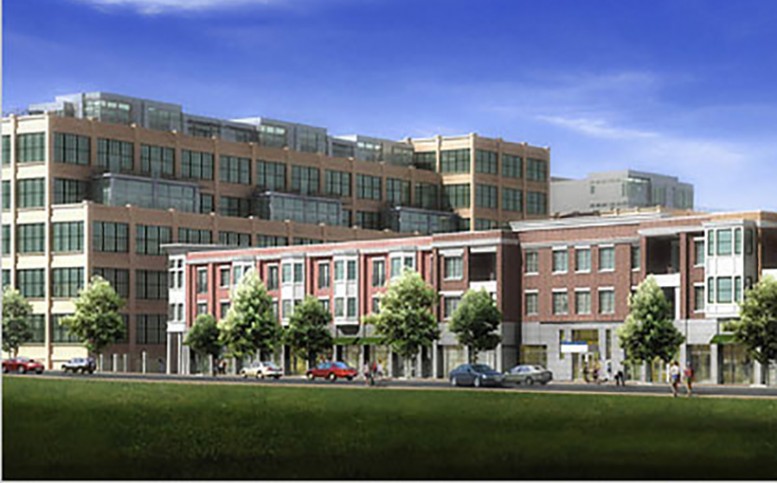 Earlier this month, crews began construction on the vacant and dilapidating Edison Storage Battery Company Building – a six-story, 400,000-square-foot former nickel-iron battery factory – located at 177 Main Street, in West Orange, New Jersey. That’s in Essex County. The building is being converted into 330 rental apartments and 18,500 square feet of retail space, according to the New York Times. It’s the first phase of a 21-acre mixed-use mega-development, called Edison Village, being developed by Bloomfield, N.J.-based Prism Capital Partners, Dune Real Estate Partners, and Greenfield Partners. All of the building’s 800 windows will be replaced, as the exterior of the building is being restored to a historical standard. There will be 20 penthouse duplexes, and amenities include a pool and a fitness center. A $70 million construction loan was secured in February for the first phase. The second phase will include 230 townhouses and an additional 20,000 square feet of retail space, while the third phase will include additional housing. There will be 70 units of affordable housing, according to the developer. Some of the retailers will be a supermarket, restaurants, and coffee shops. The businesses are expected to open in late 2018. Streetscape and infrastructure improvements will also be done, with Ashland and Standish avenues being extended northward through the former manufacturing site. The site is located roughly half a mile form NJ Transit’s Orange station.