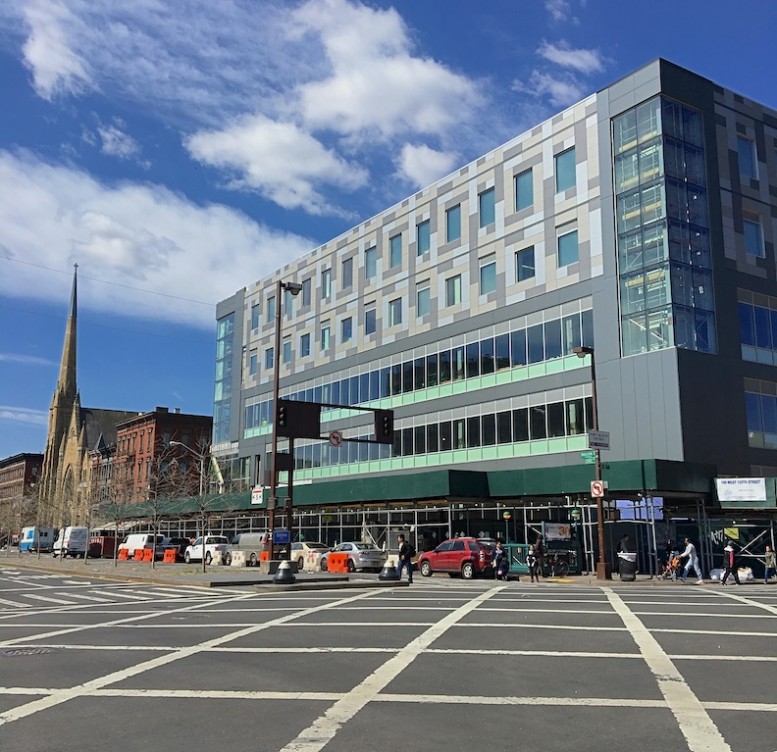 In July of 2015, YIMBY brought you a construction update on the the six-story, 202,361-square-foot commercial-retail project being built at 100 West 125th Street, located on the corner of Malcolm X Boulevard, in Harlem. That October, the structure topped out, and now, the building’s façade appears to be nearly complete, according to Harlem+Bespoke. All six floors, plus the cellar level, will be utilized as retail space, and a number of retailers have already signed leases in the building. Notable tenants include Whole Foods Market, American Eagle, Nordstrom Rack, Burlington Coat Factory, Raymour & Flanigan, Olive Garden, and TD Bank. Wharton Properties, headed by Jeff Sutton, is the developer, while Staten Island-based Gambino + LaPorta Architecture is behind the design. Opening can probably be expected in the coming months.