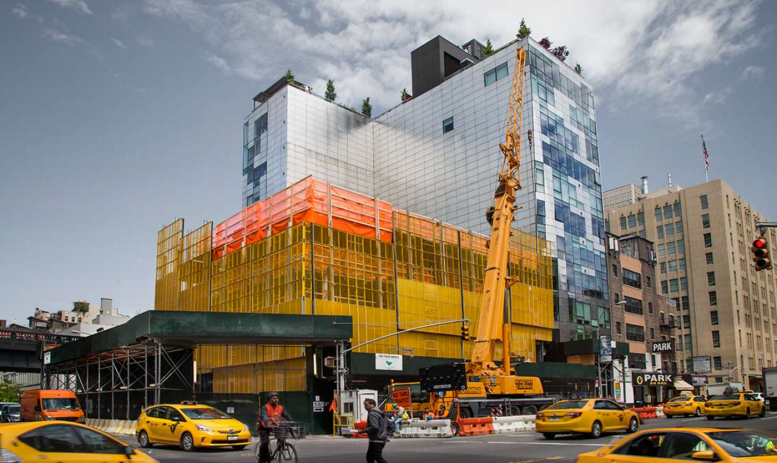 The 11-story, six-unit mixed-use building under development at 239 Tenth Avenue, located on the corner of West 24th Street in West Chelsea, is now four stories above street level. The progress report comes from Curbed NY, and the site has been decorated with murals by local artist Rivka Katvan. Dubbed The Getty, it will eventually encompass 54,662 square feet, featuring 13,437 square feet of commercial space across the cellar through second floors, followed by two duplex units spanning the third and fourth floors, a single apartment per floor on level five through nine, and a duplex penthouse on the 10th through 11th floors (also featuring a roof terrace). The units, averaging 4,674 square feet apiece, will be condominiums. Victor Group and SHVO, are the developers, and Peter Marino is the architect. Completion can be expected in 2017. Previously, on multiple occasions, YIMBY brought you renderings of the project.