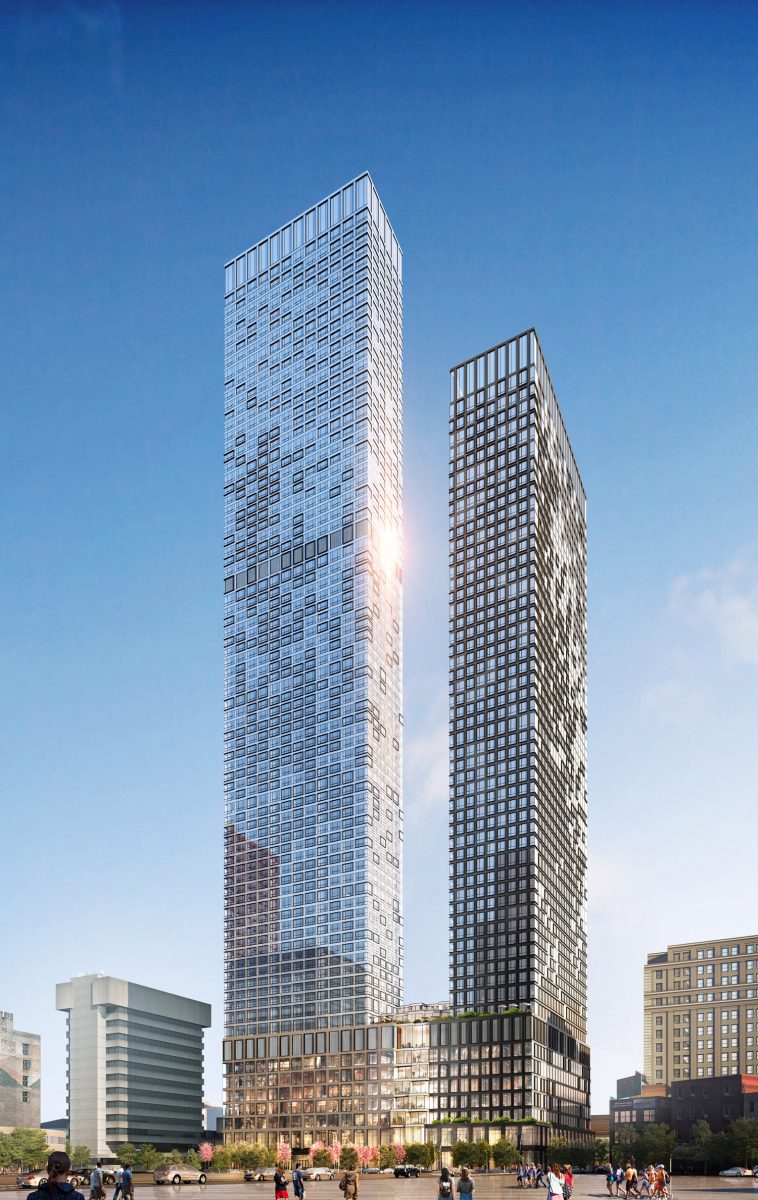 The smaller building is already under construction, and plans for the larger tower were approved on Tuesday. The 79-story building will have a roof topping-out 892 feet above street level, which would make it taller than any skyscraper already completed in New Jersey. Once finished, it will stand just eight feet shy of the state’s future record-holder, at 99 Hudson Street.

Woods Bagot is the project’s architect, and the building (and its neighbor) will become a formidable presence on the Journal Square skyline. Journal Squared‘s 70-story and 730-foot tower was originally expected to be the tallest in the area, but will now be surpassed by both One Journal Square, as well as the 72-story 30 Journal Square.

The project will hold 1,725 residential units between the two towers, with the lower levels also including 88,754 square feet of retail, 126,937 square feet of office, and 910 parking spaces.

With such limited existing built context, despite the area’s excellent transit connectivity, including retail is especially important, as is ensuring pedestrians can access it easily. Journal Square Plaza will also be rebuilt as part of the overall project, and the combination of renovations to public space alongside the addition of new retail will go a long ways towards continuing the neighborhood’s renaissance.

While plans have now been approved, Kushner Companies is not using the full density allowed by the site, which speaks to its enormous scope. But that also means there could be last-minute revisions, give or take a few floors.

The first phase of the project is expected to wrap in 2018, while the second part does not yet have an anticipated completion date.