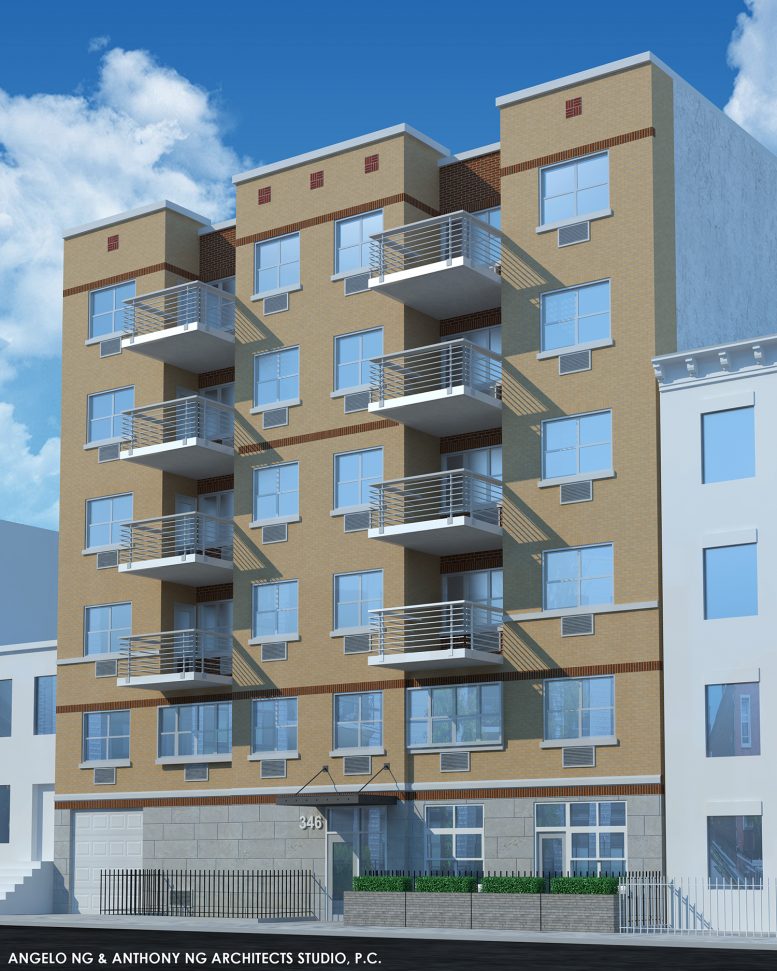 For over a decade, there have been attempts to build a six-story residential building on one Boerum Hill lot. Now, we can reveal the design of the building currently planned.

The address is 346 Bergen Street. That’s between 4th Avenue and 3rd Avenue. Plans for the building date back to 2004, according to Department of Buildings records. They never came to fruition and, as of 2014, a community garden occupied the site. It is now vacant. The latest permit was issued by the DOB on June 28 of this year. It calls for those six stories to rise 59 feet. The building will encompass 20,000 square feet, according to the builder. There will be 24 units and they will be affordable housing rental apartments, averaging 800 square feet. No information is currently available as what level of the area median income will be required.

The design comes from Angelo Ng and Anthony Ng’s Architects Studio P.C. The rendering shows terraces for eight of the front-facing units, an awning over the entryway, and a garage door.

WHRF Bergen Street Realty LLS is the developer, working with the Department of Housing Preservation and Development and the Community Preservation Corporation. Builders-R-US Construction Corporation will be building it. Completion is expected in the second half of 2017.

Housing Lottery Launches for 2321 Belmont Avenue in Belmont, The Bronx