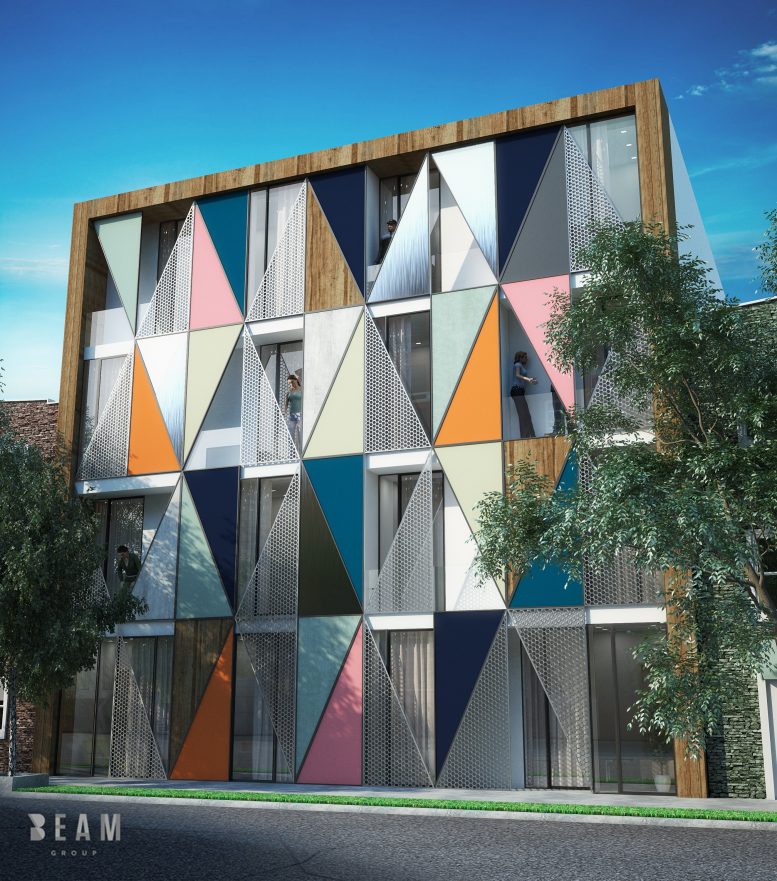 Back in September of 2016, YIMBY reported on permits filed for two new buildings coming to 127-129 Troutman Street, in western Bushwick. Now, we have the reveal for the project, which is being developed by Moshe Friedman and designed by Brooklyn-based BEAM Group.

Despite the fact that permits indicate two separate buildings, the combination will function visually as a single whole. Filings show that the structures will measure 6,052 and 5,895 square feet apiece, with eight units between each, for sixteen apartments in total. Regarding the design, YIMBY spoke with the architect, who said the building was “inspired by a luck of the drawer dresser,” and that the “facade is surrounded by a wooden frame, and a rigid geometry is broken to reveal recessed balconies.” Besides the innovative approach to zoning, which results in avoidance of absurd minimum parking requirements, the creative approach also results in “a double-layer facade that you can actually walk in.”

The new buildings at 127-129 Troutman are replacing a vacant lot and a small house, on a 50-foot-wide assemblage that spans 5,000 square feet in total. Completion of the project is expected in about a year.