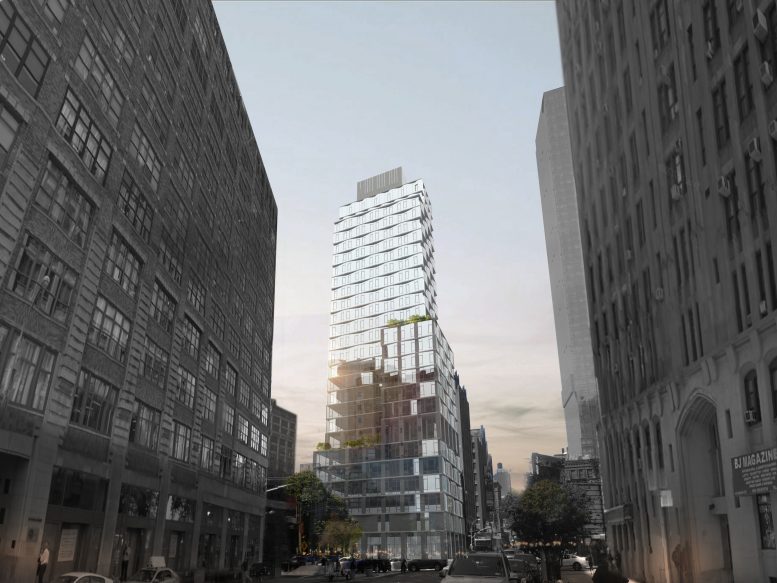 There, Madigan Development is planning a 27-story tower, with a design by S9 Architects. The site is quite close to the other proposals at 565 Broome Street and 100 Vandam Street, so naturally, the anticipated envelope is roughly the same. The building will rise 337 feet to its rooftop, so ceiling heights should be generous, and its total construction area of 125,000 square feet will be divided between a commercial component of 1,785 square feet, and residential space totaling 105,696 square feet. There will be 101 units in total, with the average size almost 1,050 square feet a major indicator that product will be condominiums.

The design would seemingly confirm that suspicion, with S9’s plans for the site set to yield a glassy and attractive tower that should complement its new neighbors quite nicely. Though the entrance area for the Holland Tunnel has long been the domain of automobiles and the occasional office worker, re-imagining the surrounding blocks with residential space will hopefully begin its transition away from perpetual gridlock and car fumes, though how exactly that will be managed has not yet been revealed.

In any case, as 565 Broome seems to show, people are already willing to take a chance on the neighborhood, so things are looking promising for 111 Varick Street. No completion date has been formally announced yet, but excavation work has already begun.