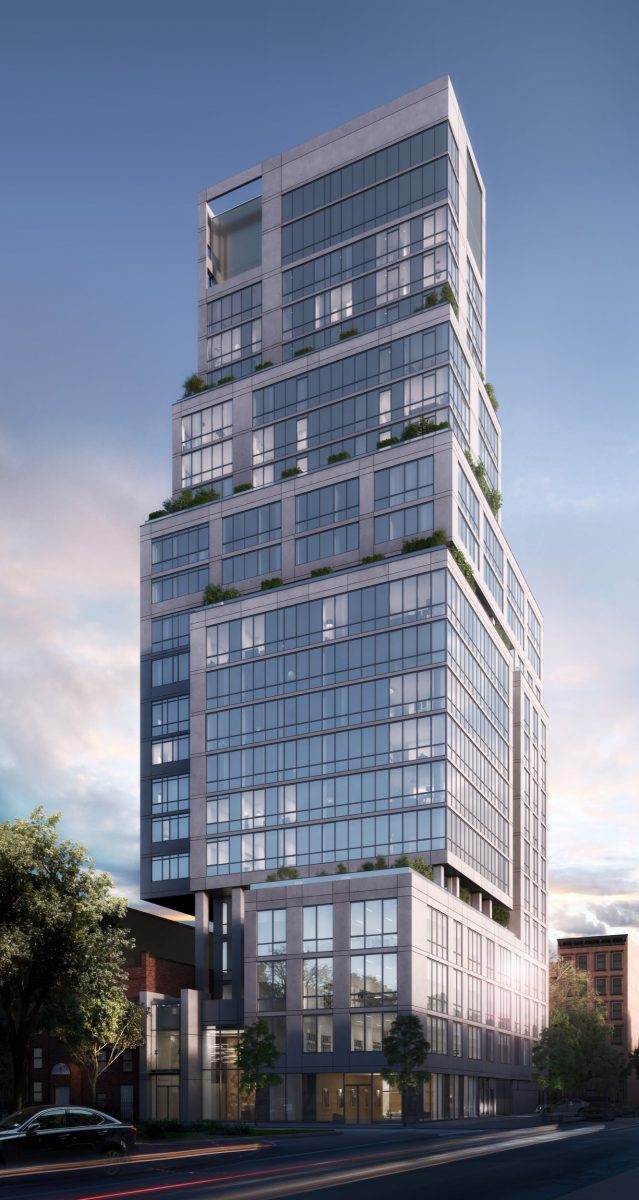 One of the largest new developments in East Harlem is now making substantial headway at 1399 Park Avenue, on the corner of East 104th Street, as shown in the latest progress photos by Tectonic. Heritage Real Estate Partners report that the structure will be topping out soon. Window installation is expected to start by mid-January, but the concrete exterior seen now will likely remain about the same through completion, judging by the renderings. 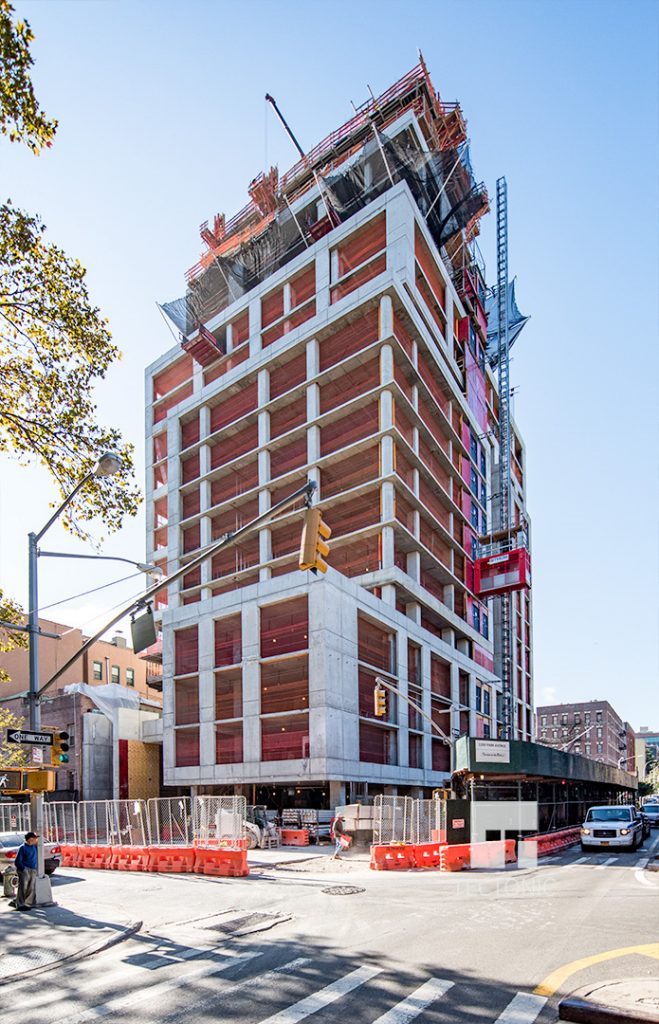 The project was inspired by Piet Mondrian’s unique abstract style of painting. Coincidentally, Mondrian was once included in a 1936 London exhibition titled, “Abstract and Concrete,” which might have been a good name for the design by Hill West Architects.

The building will create 72 condominium units, with prices ranging between $680,000 and $3 million. There will be plenty of amenities, including multiple private terraces on various floors, and a fifth-floor amenities lounge with a game room and fitness center.that extends into a terrace. There will be 46-car garage, and 19,000 square feet of community facility space on floors two through four. 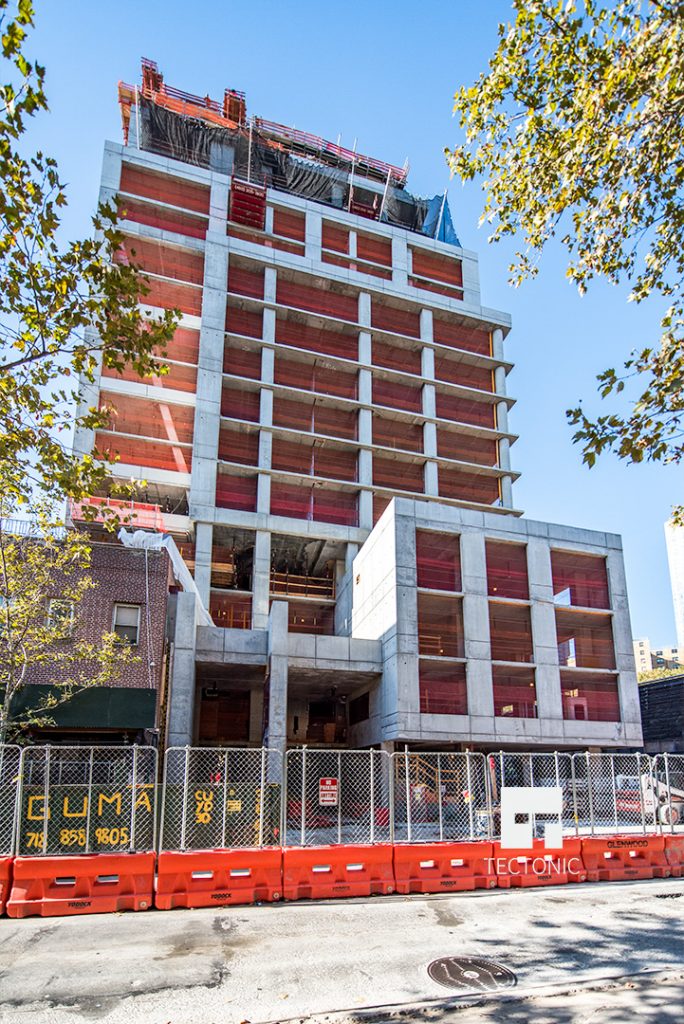 Heritage Real Estate Partners, led by Jeremy Markowitz, is developing the site. They purchased it for $12 million in 2014. When applications were filed last year, the building was going to hold 108 rental units. But Heritage evidently saw the shifting neighborhood dynamics of East Harlem and filed condo plans with the state in 2016.

The site is two blocks away from the 6 train at 103rd and Lexington Avenue, and the Second Avenue Subway line’s stop at 96th Street is three avenues east, and several blocks south. 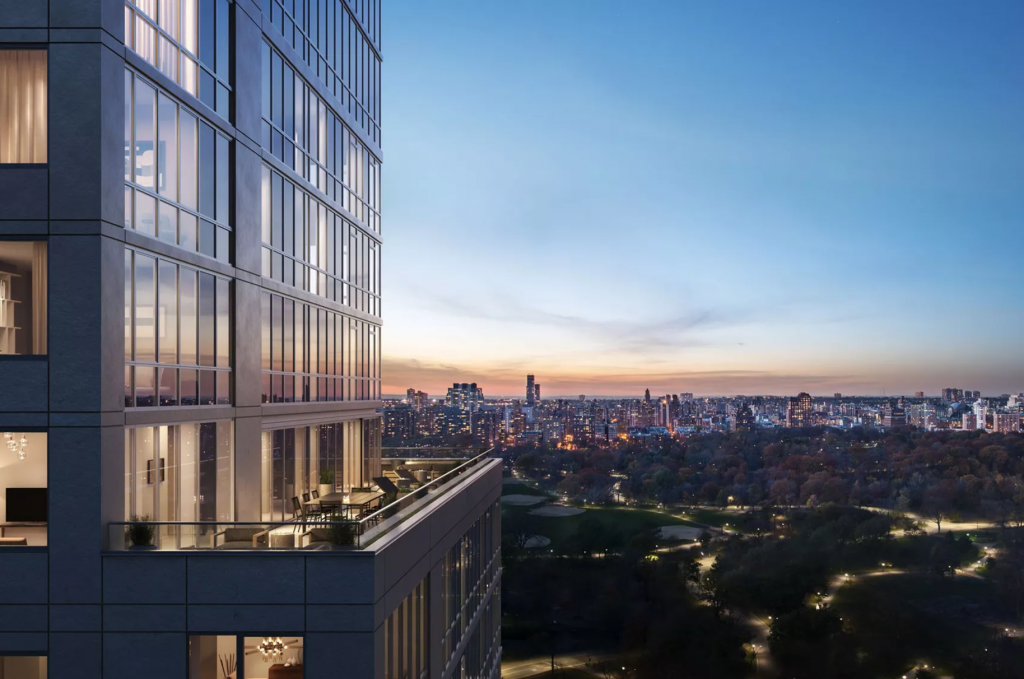 Residents are expected to move in by May, with superstructure work still ongoing.