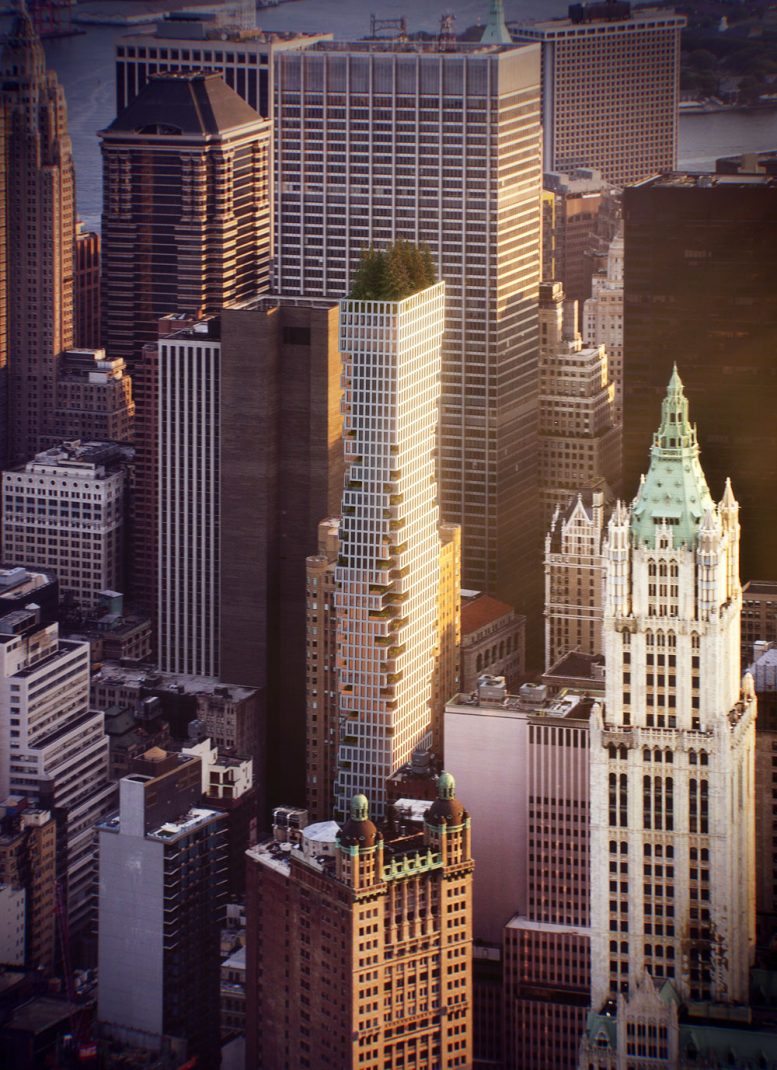 The last time YIMBY reported on plans for 75-83 Nassau Street was back in June of 2015, when we featured a fresh set of renderings for the 40-story tower, which is being designed by ODA New York. Building applications were filed a few months before that, in March of 2015, but the site’s old structural occupants remain extant. Now, as of last week, demolition permits have finally been issued, indicating developer Lexin Capital is about to begin work.

75 Nassau Street’s 40 floors will result in a rooftop 498 feet tall. What would be the tallest residential building in most major American cities will be mostly lost within the growing skyscraper thicket of Lower Manhattan, though its appearance should still prove iconic, providing solid urban infill. 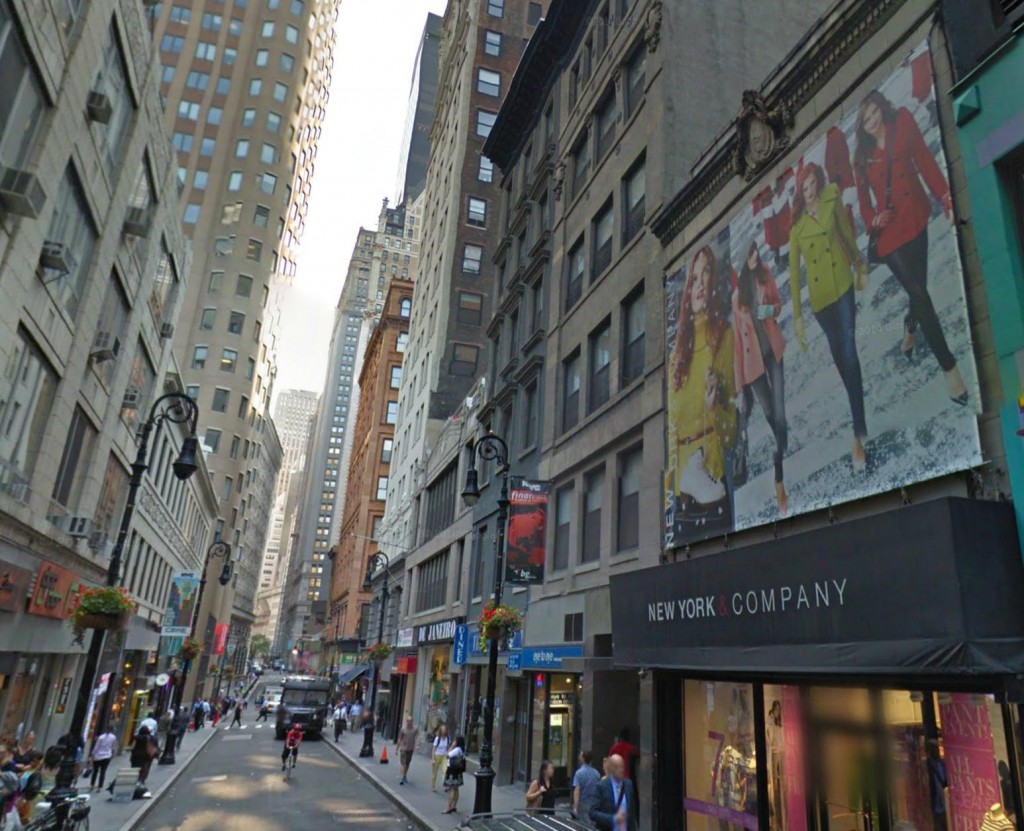 With projects like 118 Fulton getting ready to open and 130 William, 45 Broad, and 125 Greenwich all under construction in the vicinity, 75 Nassau may as well be a mid-rise building in terms of its relative scale. Despite its size, the design should not disappoint, and ODA’s touch will result in angular undulations through the tower’s rise. 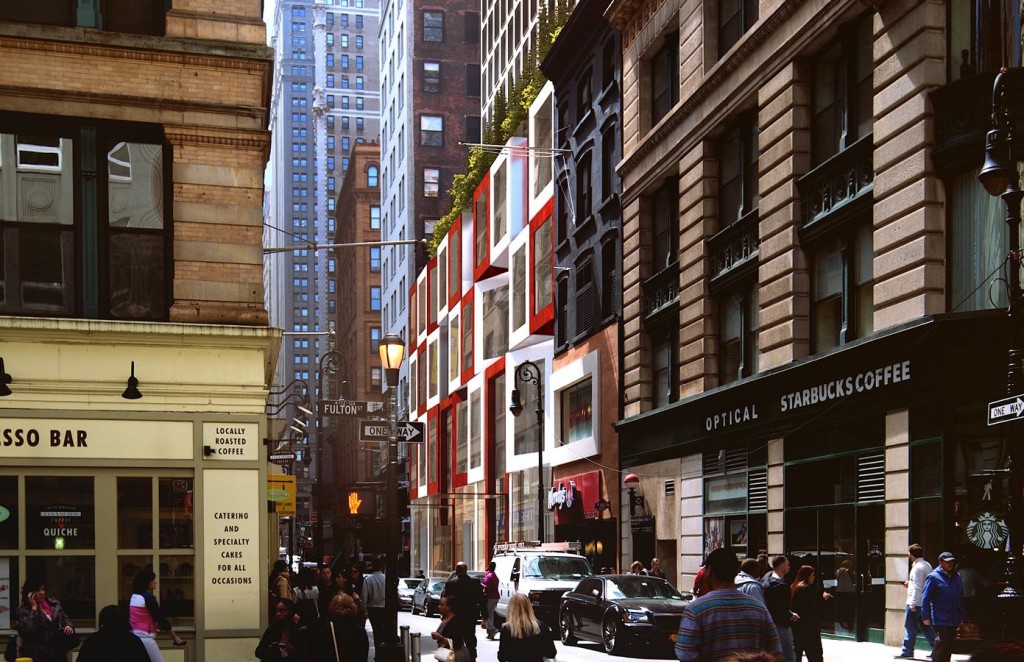 At the top, the tower will apparently be crowned by extensive greenery, though this usually does not pan out when depicted in renderings. In any case, ODA describes the project on their website as follows:

In an era of iconic skyscrapers, Nassau brings the qualities of residential living to a neighborhood populated by office towers. Along the tower’s height, the volume edges are fragmented through an undulation of terraces. This identifies the building among the surrounding two-dimensional envelopes and provides exterior space unaccustomed to the Financial District’s skyscrapers. A rooftop tree garden characterizes the building’s pinnacle, capped like a natural version of the Woolworth peak.

No formal completion date has been announced, but with demolition only just beginning, a three year estimate until opening day would not be unreasonable.

With concrete now pouring for Lightstone’s 130 William Street directly across Nassau Street, and work also underway for 23 Park Row, the vicinity’s residential boom only appears to be accelerating. In fact, the northern slice of the Financial District between Fulton Street and City Hall Park seems to be the first segment of the neighborhood to start losing its office character most entirely.