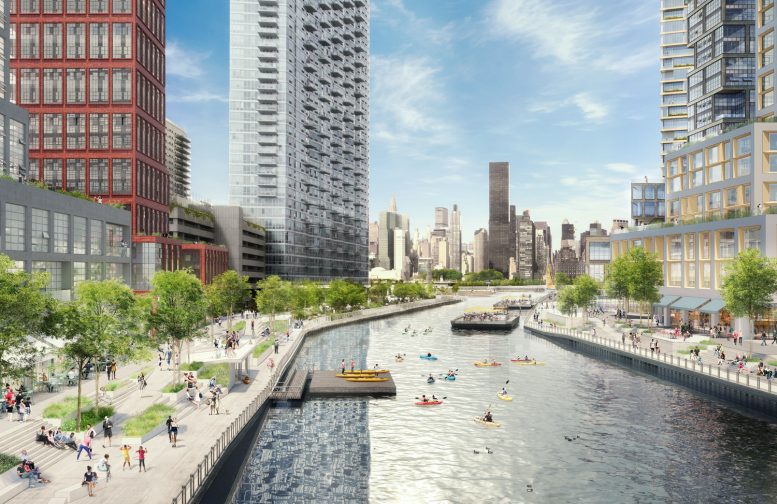 The Queens waterfront has seen substantive improvements over the past decade, with construction on TF Cornerstone’s East Coast Long Island City complex wrapping in 2014, and additional work on Hunters Point South by both TFC and Related Companies progressing since. But to the north of those projects, the urban fabric along the East River and its tributaries has remained underutilized. That may not be the case for much longer, as plastics company Plaxall has submitted plans to create a new special district along Anable Basin. The proposal would result in skyscrapers up to 695′ in height, yielding new housing, hundreds of light industrial jobs, a multi-level public esplanade, and a new public school.

The Plaxall family founded their company in Long Island City (LIC) over 70 years ago and has been working in the community ever since. The proposed rezoning would be on area owned by Plaxall and additional entities. The family has provided longtime support to the Jacob A. Riis Settlement House, the LIC Cultural Alliance, Hour Children, the Queens Museum, the Queens Community House, the Queens Library and Queens Council on the Arts, among many others. 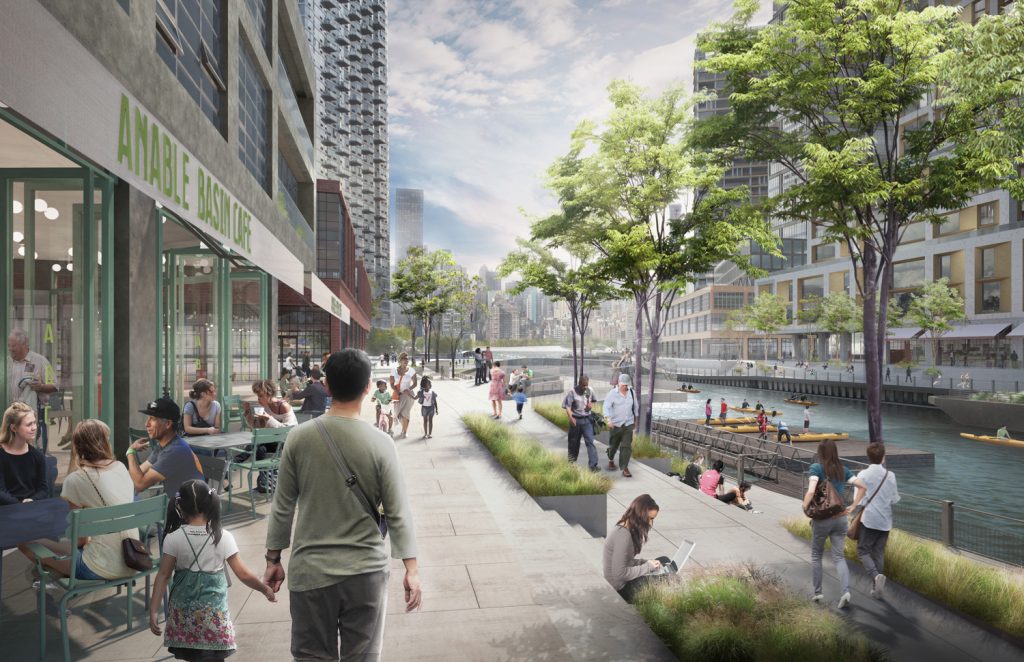 The concept laid out would establish a series of development sites that would be constructed over a fifteen-year period, suggesting the final completion date could be targeted for 2035. When complete, the development would cover 14.7 acres of land, of which, Plaxall owns 12.6 acres. The full plan will create 4,995 units of mixed-income housing, a quarter of which will be made affordable through the Mandatory Inclusionary Housing Program.

The rezoning would introduce 335,000 square feet dedicated to creative production and light industrial use, with the goal of building the legacy and cultural attraction of Anable Basin. Plaxall will request that developers each provide 40,000 square feet of space or more for the arts. 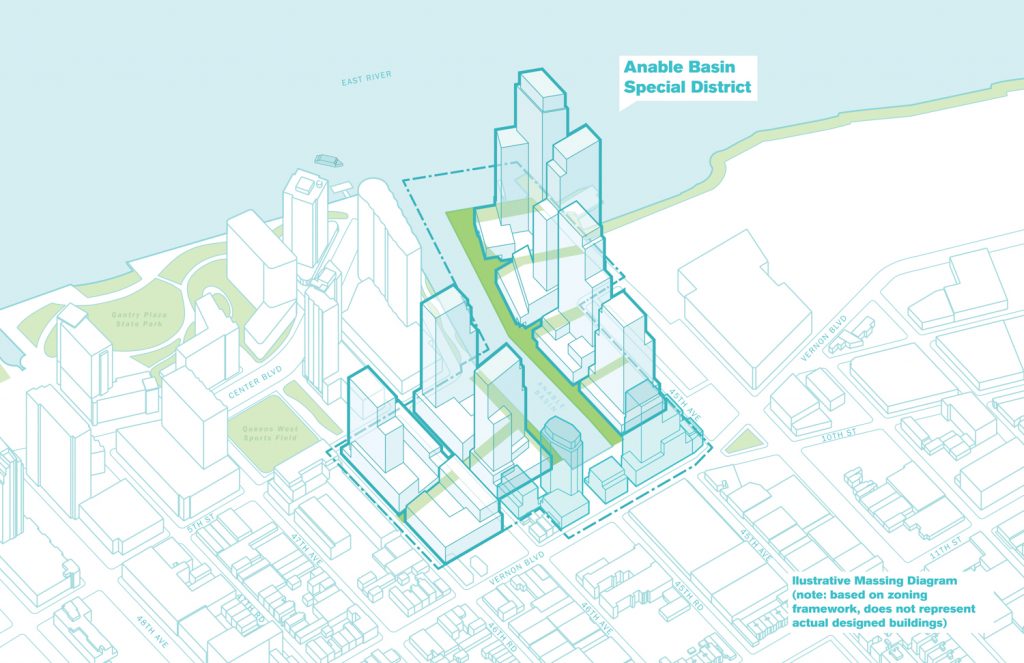 The new public school would be a gift to the city, according to Plaxall. It would have over 700 seats, and add 30,000 square feet for community facility use.

We are fully engaged in detailed planning and driven to maintain what is special about the community through the careful crafting of a prescriptive, mixed-use zoning framework… Through our plan, the new Anable Basin would be a place where people live and work in the same place – enhancing the quality of life, productivity and easing the demands on transit and energy infrastructure by placing workplaces close to home.

Another important aspect of the development is opening the space for public use. Esplanades will be created along the waterfront of the man-made inlet that connects with Gantry Plaza State Park, and 3.1 acres of open space will be made accessible on site. 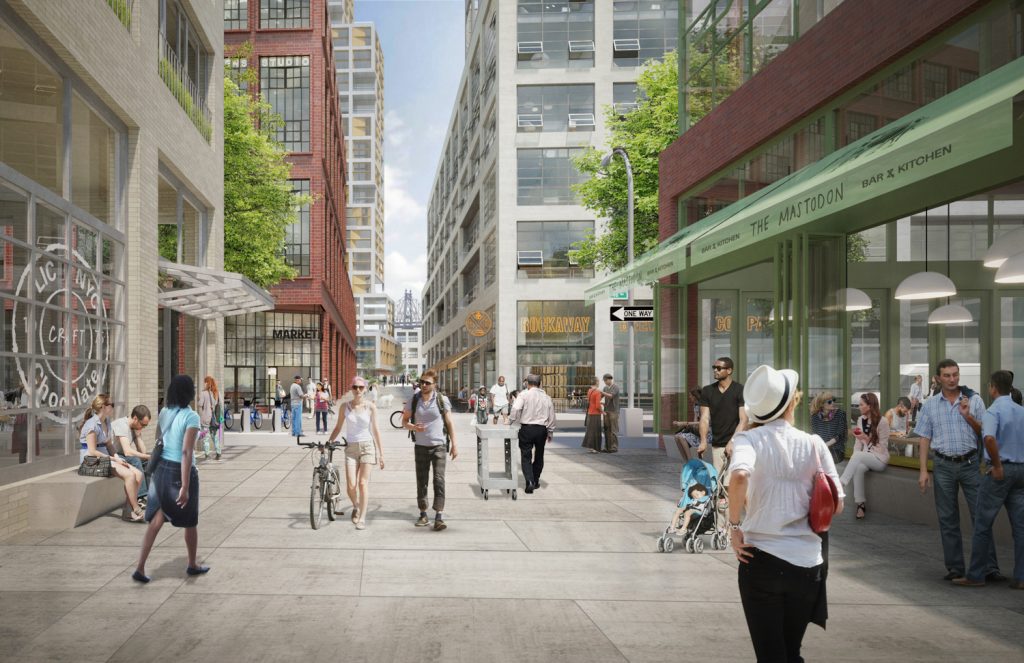 The rezoning effort is still underway, with draft plans submitted to City Planning only yesterday. Plaxall is currently waiting to enter the public review process.