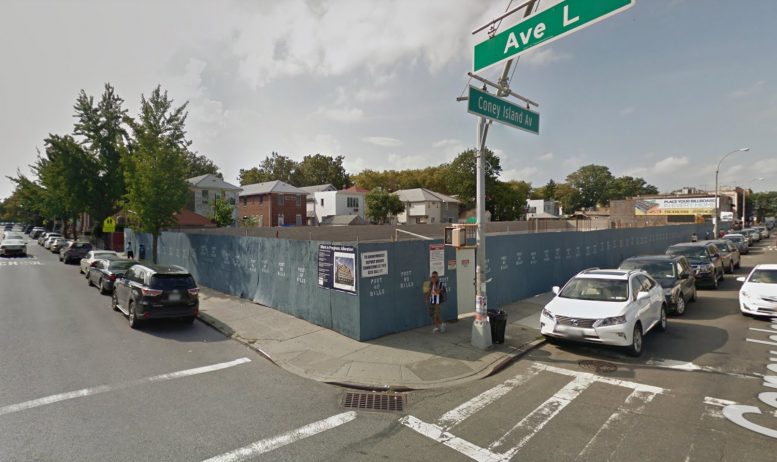 SHoP Architects has submitted applications for a major new project at 1508 Coney Island Avenue, in Midwood, Brooklyn. The 10-story mixed-use high-rise will be situated on the major commercial thoroughfare of the area. Eight blocks away is the Avenue M Subway Station, serviced by the Q trains. It should be noted that the project is not close the Coney Island beach boardwalk, which is over four miles away.

Back in 2004, permits were filed for the site, with Colin Carpenter responsible for the design. That permit is nearly identical in numbers and purpose compared to the one by SHoP. They both propose commercial and community facility space. However, while Carpenter’s permit did not specify the function of the community facility, SHoP’s permit reveals that it will be used for a medical treatment center.

The 182-foot tall structure will yield 180,270 square feet, with 63,340 square feet dedicated to the commercial-office use, and 84,000 square feet for the medical facility. The community space will operate from floors seven through ten, with a lobby on the first floor.

Offices will populate the remaining floors below, except for the fourth, which will be entirely dedicated to a lounge area. There will be a lobby in the cellar, and the first-floor lobby will include a two-story atrium. Lastly, a parking lot will be created below ground, with capacity for 267 vehicles.

Baruch Singer will be responsible for the development.

The site has been demolished and surrounded by wood fencing for at least a decade. An estimated completion date has not yet been determined.