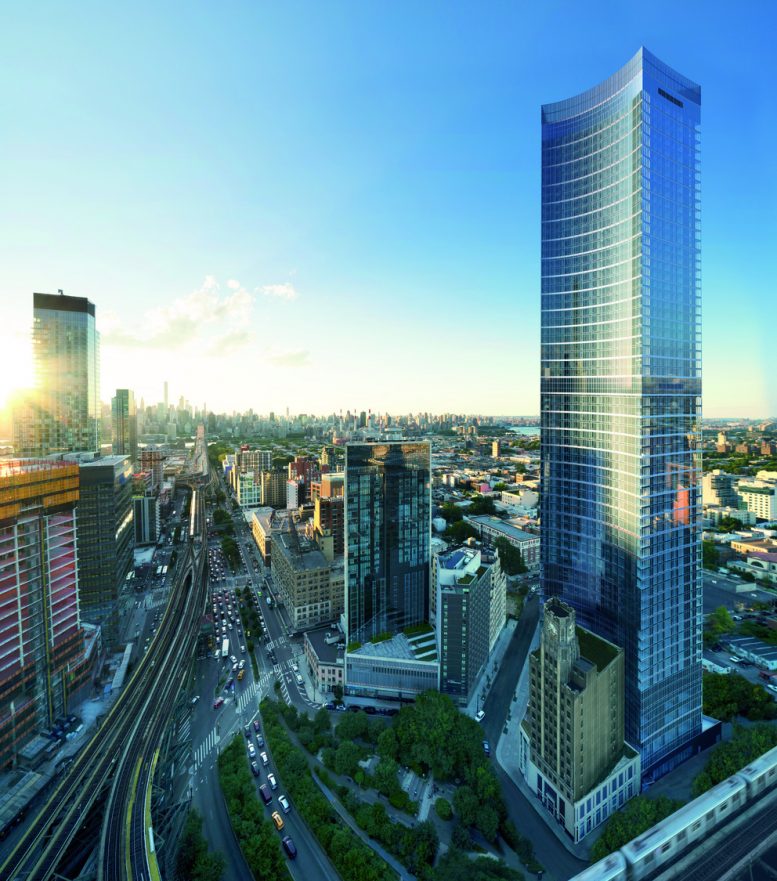 YIMBY recently featured an update on the construction of Queens Plaza Park, aka 29-37 41st Avenue, as part of our December series on New York City’s tallest new skyscrapers. Now, we have an exclusive first look at a new rendering for the 755-foot-tall and 67-story tower, and its impact on the neighborhood skyline as it rises above Long Island City, Queens. The Handel Architects-designed skyscraper is being developed by The Durst Organization and will soon contain 978,000 square feet of space.

The new rendering shows the view looking west towards Manhattan, highlighting both the future glass residential tower and the adjacent landmarked Long Island City Clock Tower at the base of the building’s southern footprint. That component will be restored and renovated to become part of the retail and commercial space on the lower floors of Queens Plaza  Park.

The massing of the skyscraper is uniform from the lower floors to the roof parapet, and consists of a curved floor plan. The interiors of the residential units are being designed by Selldorf Architects. 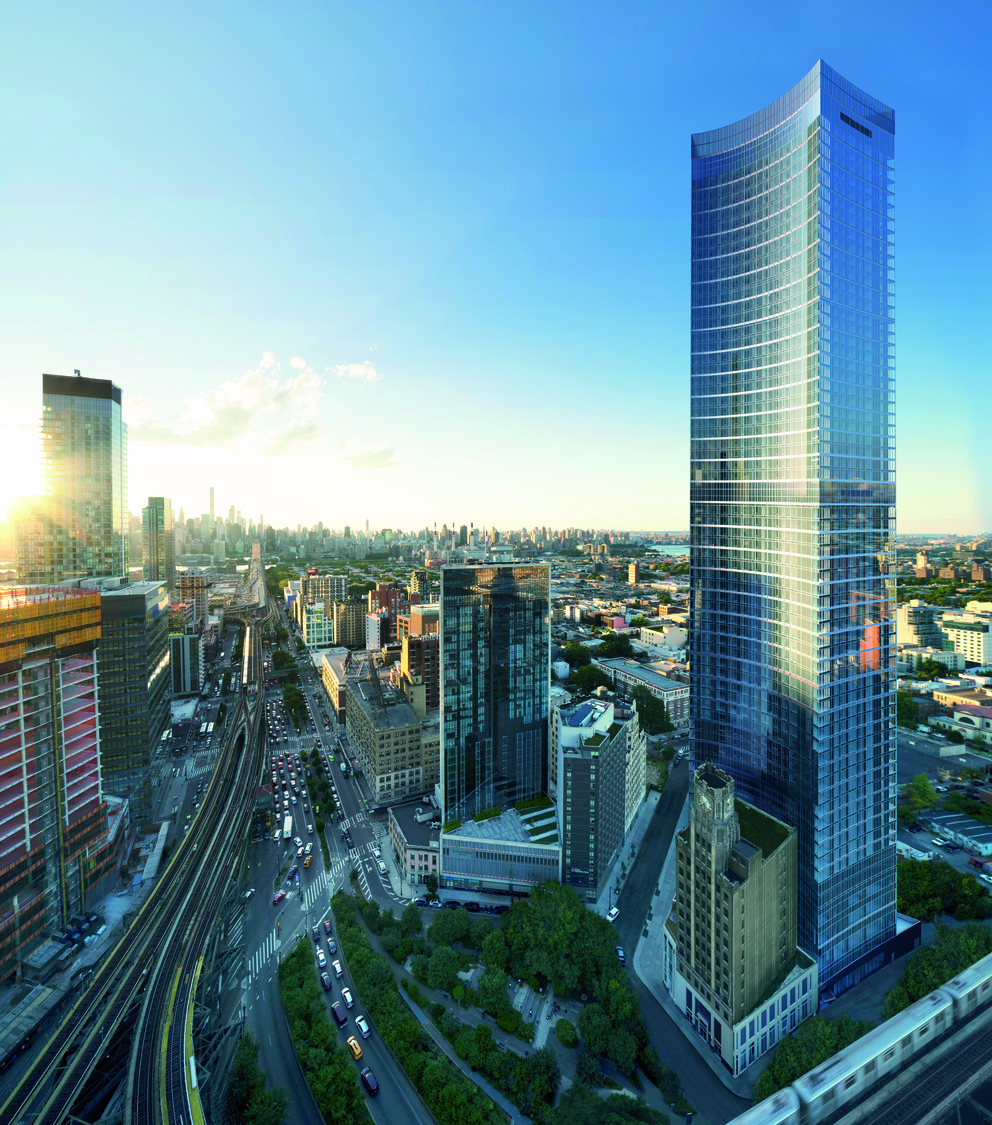 With 958 residential units, residents have the choice of either choosing a view facing south towards Lower Manhattan and Brooklyn, or looking north, toward the downtown Long Island City skyline and the morning sun. Windows that face west will have ideal perspectives for viewing the entire span of the Queensboro Bridge, Roosevelt Island, and the Central Park South skyline. There will also be a new, small public park on the north side of the tower, adding more greenery and public space.

Residents will benefit from nearby subway and street access, but beyond transit accessibility, the gradual infill of the surrounding neighborhood with new residential towers and their street-level retail is finally yielding sufficient numbers of pedestrians for a more vibrant streetscape.

Foundations are currently under construction, with a completion date to be announced.