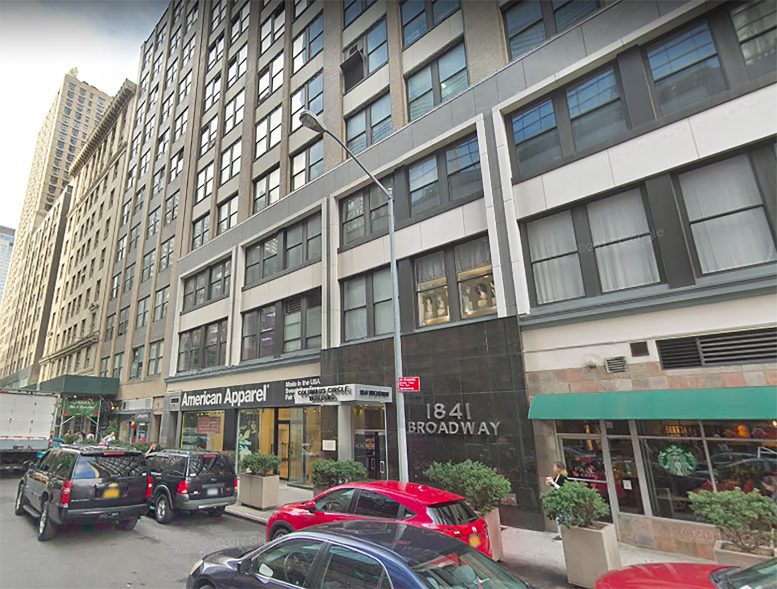 Permits have been filed for a 24-story mixed-use building at 1841 Broadway on the Upper West Side of Manhattan. Adjacent to Columbus Circle between Broadway and Columbus Avenue, the corner site is situated near major subway hub 59th Street – Columbus Circle, serviced by the 1, A, B, C and D trains. Global Holdings Management Company is developing the tower, and the firm also own 1845 Broadway and 1880 Broadway in the neighborhood.

The concrete building will yield 181,319 square feet, with 161,525 square feet dedicated to residential space. There will be 173 units created, averaging 934 square feet each, most likely condominiums. The 281-foot tall structure will also have 11,741 square feet allotted to commercial space.

Gloria Glas of SLCE Architects is listed as the architect of record.

No demolition permits have been filed as of yet for the 1920’s vintage office building currently on the site. The estimated completion date has not been announced.