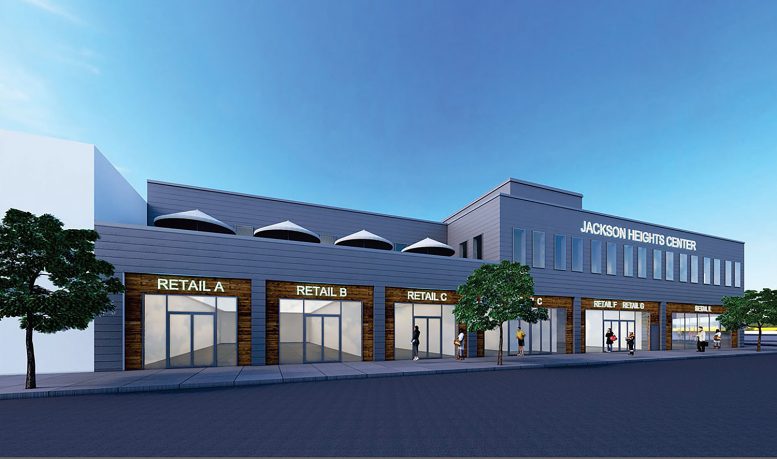 New renderings have been unveiled for “The Shoppes on 82nd Street,” located between Ithaca Street and Roosevelt Avenue on 82nd Street, at the border of Jackson Heights and Elmhurst, in Queens. The outdoor mall, currently under construction, is served by five subway lines in the area, including the E, F, M, and R trains at 74th Street and Broadway, as well as the 7 train at the 82nd Street station. The project is situated in a prime shopping district of Jackson Heights, with more than 20 national and regional chain stores, and is also easily accessible by car via the Grand Central Parkway, Brooklyn Queens Expressway, and the Long Island Expressway. 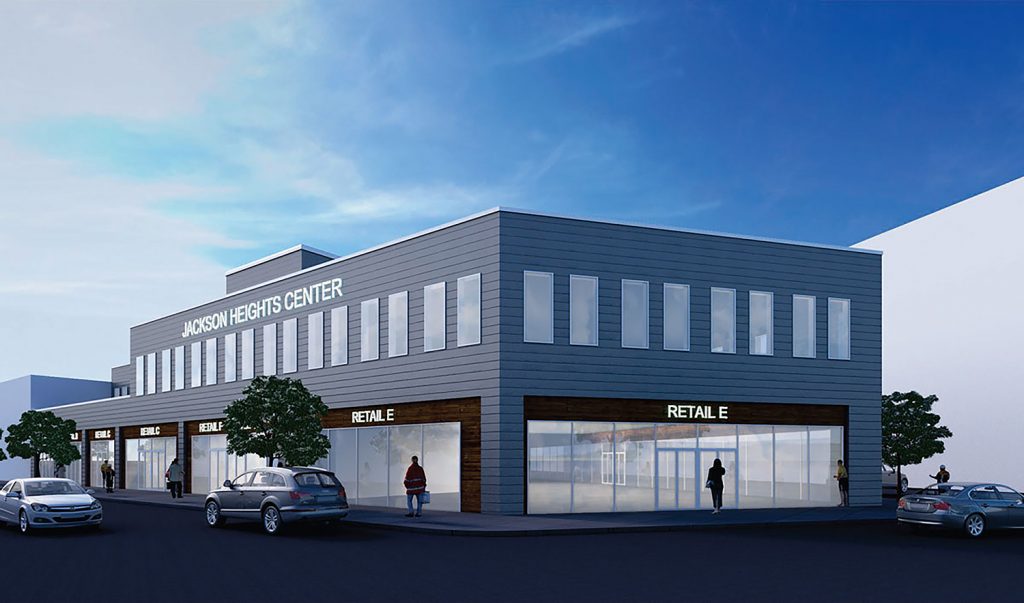 Developers Sun Equity Partners and Heskel Group are making headway on their retail development in Jackson Heights despite resistance and a temporary work stoppage by local advocacy groups, backed by then-congressional candidate Alexandria Ocasio-Cortez, citing zoning violations. According to The Real Deal, the order was rescinded two weeks later, after the developers filed new plans.

The developers recently secured about $60 million in financing from Los Angeles-based Calmwater Capital. The loan includes a $29 million building loan and a $31 million refinanced loan. The new loan replaces a $22 million loan from RWN Management from 2016, the same year Sun Equity and Heskel acquired the property for $27 million. Plans were later scrapped for the 160,000-square-foot, 13-story residential tower with retail on the main level.