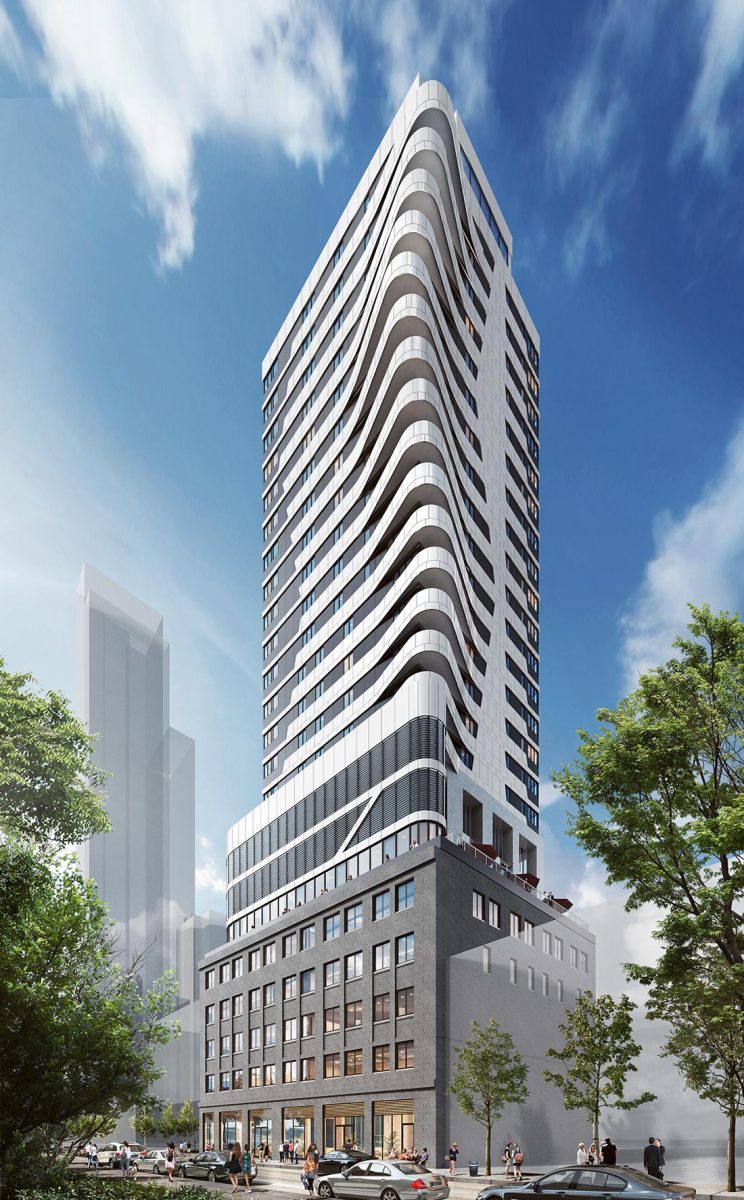 In a surprise announcement, Silverback Development has acquired development rights for a new, 23-story residential project that has already topped-out in Long Island City, Queens. Located at 24-16 Queens Plaza South, the property was previously owned by Greystone Development, who sold the building for approximately $80 million.

As part of the acquisition, Silverback Development will also convert interior layouts from rentals to condominiums. According to an official statement from the developer, the firm intends to capitalize on the announcement of Amazon HQ2 and the oversupply of rental properties in Long Island City.

“This project speaks to the demand for distinctive condominium buildings in neighborhoods like Long Island City, which has been overloaded with rental inventory in recent years,” said Josh Schuster, founder and managing principal, of Silverback Development. “We are proud to be entering the thriving Long Island City market and repositioning this important building to meet the demand that we know is coming with the exciting addition of Amazon HQ2.”

Woods Bagot, the project’s original architect of record, will oversee conversion of the property, which is already 60% complete under the initial scope of design. When complete, the conversion will yield 109 high-end condominium residences, slightly fewer than the 117 rental properties originally planned. The new condos will range from studios up to two-bedroom accommodations.

The amenity package, completion date, and remaining duration of construction have not been confirmed since the acquisition was announced this week.